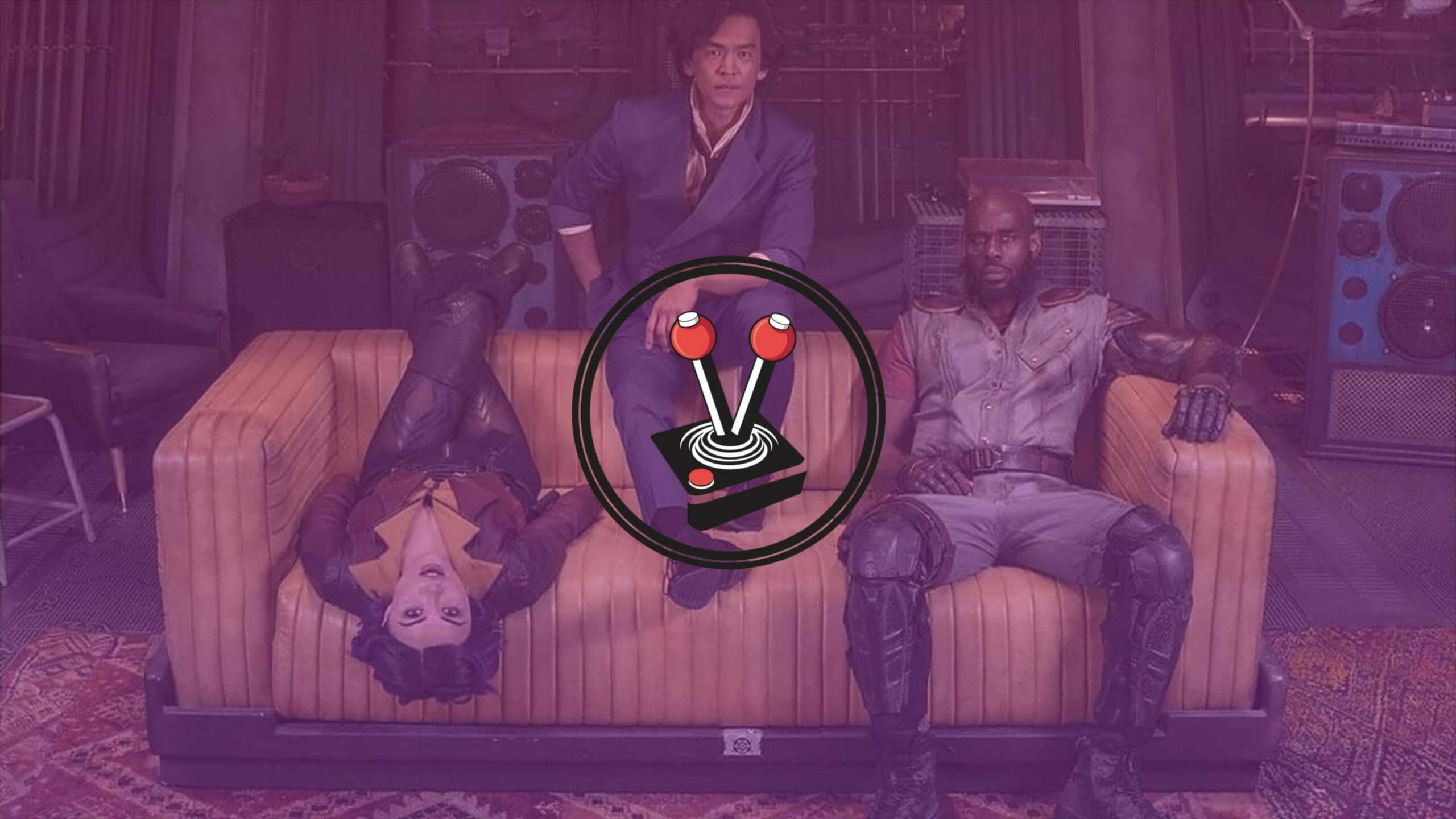 Science Fiction (Sci-Fi) is one of the most entertaining genres throughout games, television shows and movies. From the likes of massive movie franchises like Star Wars and Star Trek, through to wildly popular games like Mass Effect and Halo; Sci-Fi fits really well within geek niches who enjoy mixing entertainment with technology and space exploration. After all, there is something exciting and intriguing about seeing a world lightyears ahead of the present, yet still similar enough to call home. Throw in some space travel, and the experience can become exhilarating. Another crowd pleasing genre is one slightly closer to humanities earthly home, Westerns. One might think these genres do not mesh well together, and yet, through the years, media like Firefly, Serenity, and even Star Wars; have proven they absolutely do. Cowboy Bebop (2021), a Sci-Fi Western in its own right, further proves this notion.

Set in 2171, Cowboy Bebop tells the story of three somewhat dysfunctional bounty hunters; namely Spike Spiegel (John Cho), Jet Black (Mustafa Shakir) and Faye Valentine (Daniella Pineda); as they constantly toe the line between poverty and complete destitution, but with bowl of peppers to share. Throughout the ten-episode Netflix series, viewers will follow the trio as they chase down and take on a fair share of space criminals using the Bebop, their spaceship. At first, the show builds upon each character without much internal conflict on show. Before long, however, the personal traumas and ghosts of each character will make an appearance, leaving season two open to explore these character specific aspects with greater nuance and delivery.

Easily one of the best and core aspects of Cowboy Bebop is how it expertly plays off the undeniable chemistry between each of the three main characters. Each character has completely different, yet equally strong, personalities that make all of their interactions, no matter how mundane, wildly entertaining. In this way, Spike is the group’s resident “cool guy”, Jet is the father figure, and Faye is the fun and playful member of the trio. Every time the three share the screen, there is a strong sense of family dynamics and camaraderie; even when all they are doing is arguing, which is most of the time.

Another strength of this Cowboy Bebop adaptation is how well it showcases the grand scope of the world the show is set within. Each area has its own unique style and tone. From the 90s inspired interior of the Bebop, through to the cold and grimy city streets; each area has a clear identity. These set pieces are further enhanced by the music of the anime’s original composer, Yoko Kanno. As a result, the live-action adaptation features many of the more well-known songs from the anime, with each having been ever so slightly reworked for this new adaptation. The result is profoundly familiar whilst being both fresh and exciting; ensuring it pleases fans of the anime and new comers alike.

Similar to the original 90s anime Cowboy Bebop is based upon, the Netflix adaptation does not shy away from social commentary. However, it does so with more finesse, approaching topics with a less antiquated and more updated point of view. While essentially being little more than a Sci-Fi show about space cowboys trying to make ends meet, there is also a strong focus on capitalism, corporate greed, and the roles these subjects have in creating a devaluated version of the future. There is also a rather glaring spotlight thrown onto the concept of authority, particularly in terms of the police. Despite seemingly shown as a force for good, law enforcement in the show will consistently act for their own benefit instead of the greater good of their communities; a concept that feels all too personal and relatable in 2021.

It is difficult to talk about Netflix’s Cowboy Bebop without also referencing its anime origins. With this in mind, fans of the anime should temper expectations when watching the show. Longtime followers of the anime who are expecting a one-to-one recreation will be disappointed. In many ways, the live-action adaptation is very much its own unique vision of a familiar universe. Fans should rather consider the live-action show as a wonderful addition to the Cowboy Bebop universe, and enjoy it for what it offers.

With that said, those who know nothing about the anime or the show’s origins will be in for a wild ride! The world of Netflix’s Cowboy Bebop is exhilarating and always unexpected, ensuring viewers remain prepared for everything and anything. In all honesty, there is nothing else quite like it on Netflix. At times it feels like an action film, reminiscent of Kill Bill; other times it feels like a traditional western; and then there are times where it plays out like a crime noir masterpiece. Moreover, for those who are not looking to watch a show for its more profound meaning and are instead looking for some over the top action and fight scenes, Cowboy Bebop will not disappoint.

Of the many changes found within Netflix’s Cowboy Bebop, perhaps one of the most appropriate has been the way certain characters have been revamped. The original used a lot of outdated and serialised portrayals of minorities. Rather than carrying these over, the adaptation has given characters like Gren, a recurring non-binary character, a much more meaningful presence in the overall story versus being used as nothing more than a meaningless prop. Conversely, not every aspect of Cowboy Bebop has been migrated into the future.

Aesthetically, Netflix’s Cowboy Bebop is still very much a nostalgic trip back to the time of CRT monitors: the 90s. The overall effect therefore makes for a visually pleasing experience that lets the entire universe feel somewhat home-like, even if set out in space, and brings the anime’s style to life in the most pleasing of ways.

In terms of the show’s pacing, Netflix’s Cowboy Bebop starts off quite strong with a sense of looming excitement that never lets up. This feeling is complemented with fight scenes that are equal parts visually pleasing and thrilling. Without going into spoiler territory, there is a certain fight scene between Spike and Vicious. It is a recreation from the anime, but is has been so beautifully choreographed and shot; one might easily forget they are watching a live-action show with real live actors versus a gravity-defying animated masterpiece. This sense of awe is a feeling often triggered throughout the show, allowing this adaptation to truly stand on its own.

Another area where Cowboy Bebop truly shines is in the way the show’s narrative handles foreshadowing and some of the more fluid plot points. In this way, there are times where the show could be compared to a soap opera. This is especially true in the way the whole sub plot with Vicious and Julia seems to weave in and out of the main story constantly, until it ends up cementing itself as a core plot point. This interweaving allows certain parts of the story to feel secluded and isolated from each other, making for a lot of intimate moments before everything comes together and ties into each other. The result creates a viewing experience that feels dynamic and interesting from beginning to end.

Cowboy Bebop is one of the single best live-action adaptation of an anime yet seen. It pays homage to the original source material instead of being a direct, frame by frame, recreation of it. The result is a show able to stand on its own and leave the audience invested in both the characters lives and the overarching story while desperately wanting more. As such, there is a lot to love about Netflix’s version, from the lighthearted narrative to the detailed set design and phenomenal performances across the board. However, it is not an adaptation without its faults. There were times where the over-exaggeration and ‘soap opera’ nature did get a bit much, and some of the stylistic choices did not feel like they flowed as well as they should have. Even so, the end product is an adaptation that can be enjoyed by fans of the source material and newcomers alike. Even when the show does stumble, it is never in a way that takes away from the overall enjoyment.