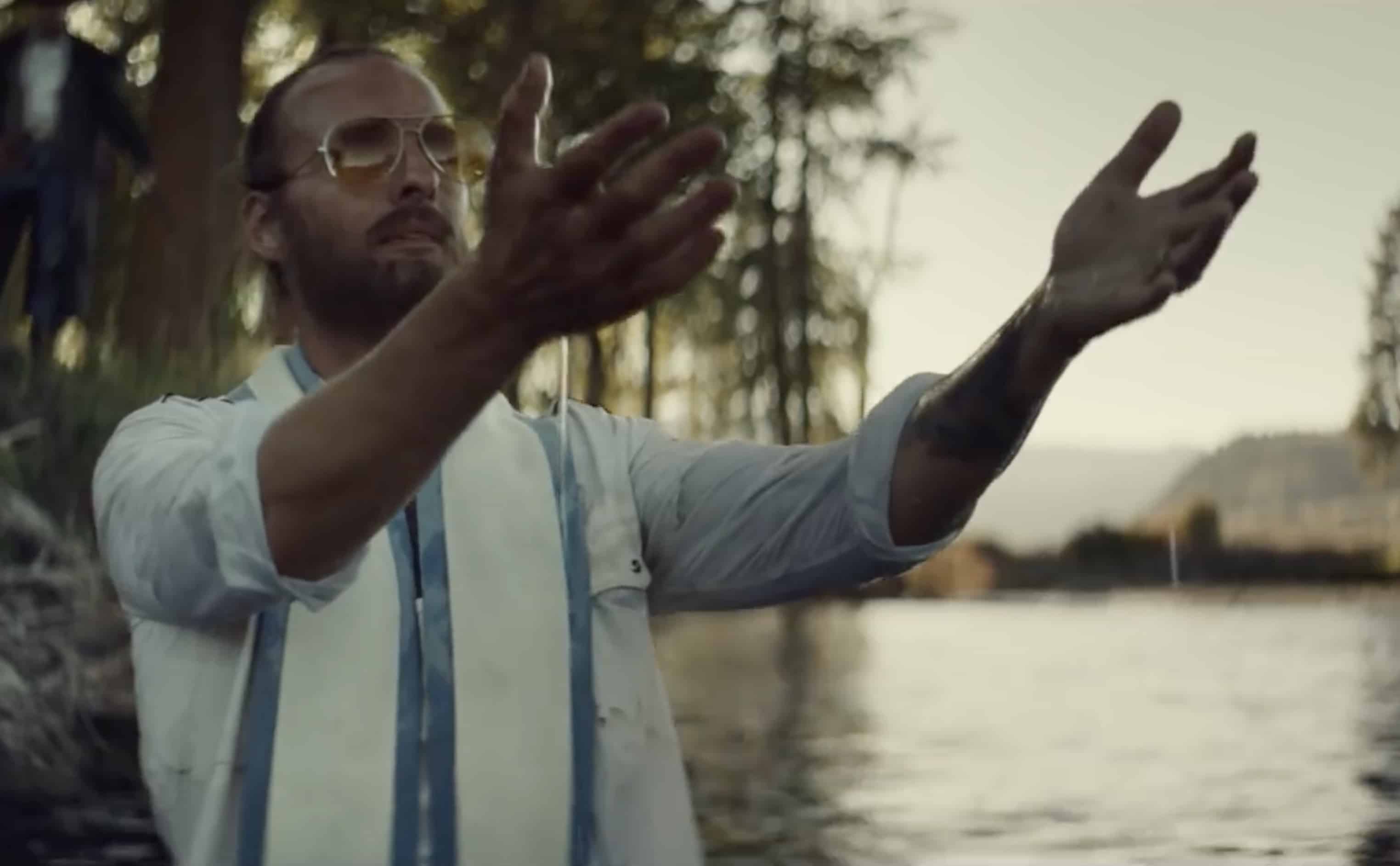 The Far Cry series is nothing if not controversial. The latest trailer from Ubisoft’s upcoming release wants you to get baptised with the “Father’s Blessing”, and it looks pretty crazy to boot. The Far Cry 5 live-action trailer is appropriately called “Baptism”, and it shows off the true craziness of cover antagonist, Joseph Seed.

The last good live-action series that came off the Far Cry train was pretty much the entirety of the Far Cry 3 advertisement campaign. Now it seems Ubisoft has gone that route once more.

In the Far Cry 5 live-action short, we see the early days of the relationship between Pastor Jerome, and Joseph Seed. Taking place well before Seed was known as the “Father”, we get a glimpse into the troubled individuals that he attracts. Pastor Jerome, who used to be Seed’s friend, is now in the midst of a conflict between Seed and his “Project of Eden’s Gate” cult. Strange how becoming crazy will have people take up arms against you.

The trailer itself does not show us more than what we already know about the game, but it is a nice step into the live-action realm. The music also does a stellar job at setting up the mood; let alone the blank stares and lack of emotion Father Seed’s followers have after he “accidentally” kills a girl in the middle of her baptism. To be fair, he was having a huge trip down memory lane.

Far Cry 5 releases on 27 March 2018. It will be available on PlayStation 4, Xbox One, and Microsoft Windows.