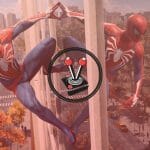 The Amazing Spider-Man has had his fair share of successful video game adaptations. Marvel’s Spider-Man (2018) only further proves how gamers all around the world want to get their hands on the quintessential Spider-Man experience. The game is exceptional in almost every way. Now that Sony’s PlayStation 5 is finally here, fans have wondered about what they can expect from the inevitable Marvel’s Spider-Man Remastered experience.

Sony‘s launch line-up is pretty decent, with games like Astro’s Playroom, Sackboy: A Big Adventure and Spider-Man: Miles Morales taking centre stage. However, gamers can also find solace in the fact that the original Spider-Man is here to continue to tide them over until even more games become available. With this in mind, Marvel’s Spider-Man: Miles Morales is a wonderful standalone expansion to the original game and follows directly on from the events of the base game. It is also an exceptional launch title for the PlayStation 5, which showcases and teases exactly what the console can do if utilised correctly.

As a neat companion release, it only makes sense for Marvel’s Spider-Man to receive some next-gen treatment as well — and that it did. At its core, the game is left untouched from what was delivered in 2018. It plays exactly the same way, with some extra additions to make use of the DualSense which, rather sadly, are as lacklustre as those seen in Miles Morales; and it mostly looks exactly the same as well – apart form a remodelled Peter Parker and some incredible upgrades in terms of improved textures and fancy ray traced lighting (making an already gorgeous game even more so – especially in photo mode). All of these new additions are wonderful. Stellar, in fact. So much so, the game is seemingly also worth exactly as much as it was at launch. Other than that, there really is not much else to say about the remastered title.

As such, this review is also just that: a quick rundown of what is new in Marvel’s Spider-Man Remastered. If you truly want to experience a next-gen Spidey game, look no further than the exceptional Marvel’s Spider-Man: Miles Morales. However, if you are interested in what this ‘remastered’ version of the game is like, feel free to read our original review.

Marvel’s Spider-Man Remastered is great, and wonderful on PlayStation 5. A must-have for any big fan, but otherwise not worth the cost of entry if you already own the game on PS4. For a detailed look into the game, check out our original review of just how Spectacular Marvel’s Spider-Man (2018) is and why it is worth playing. For the PC version, see our review here.