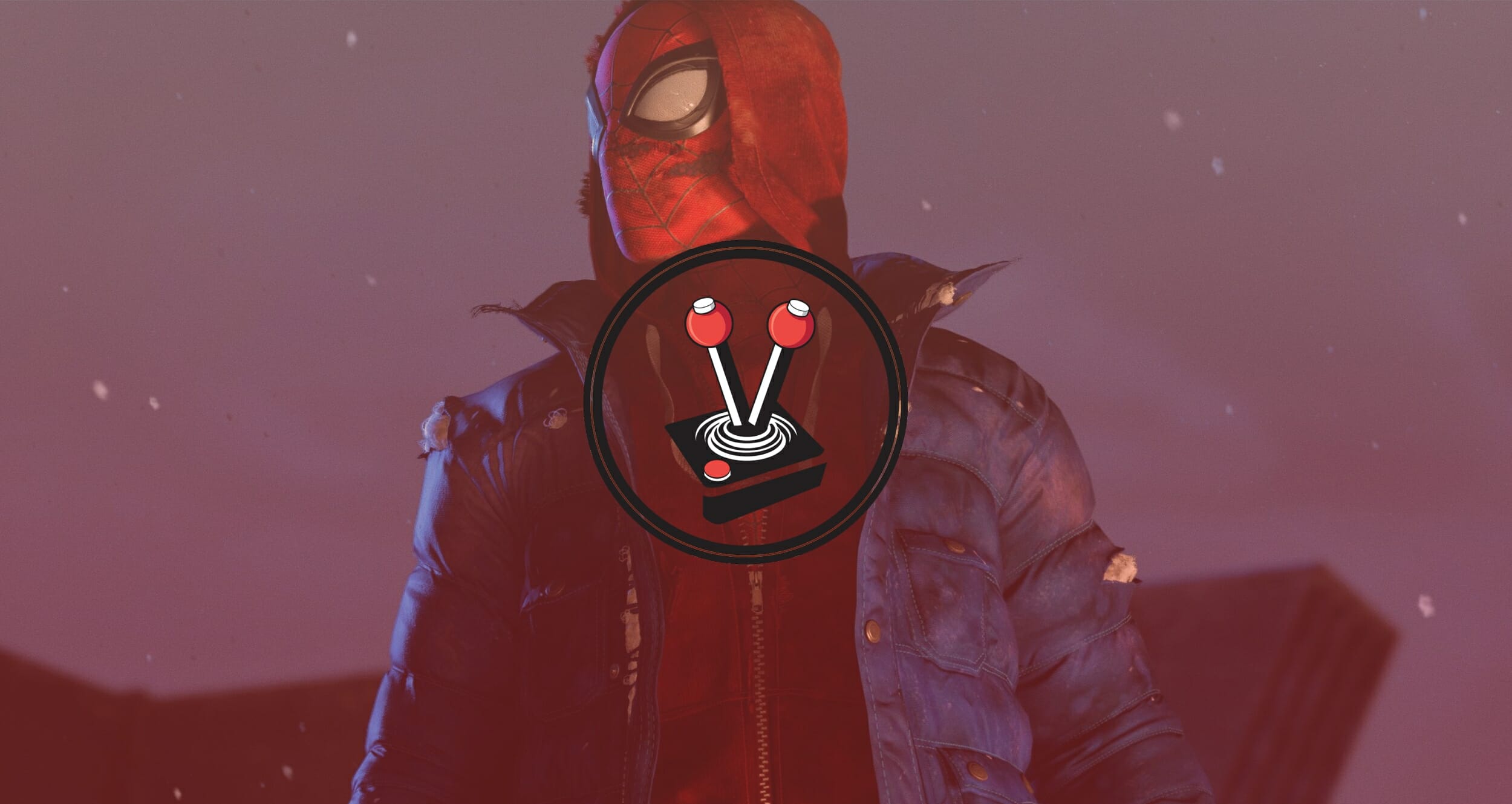 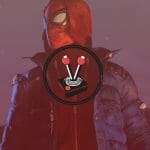 Spider-Man is easily one of the most relatable superheroes in comic entertainment. The friendly neighbourhood Spider-Man’s antics have been published far and wide. From a very young Peter Parker’s comings and goings in the animated show, through to a college-going Parker in pretty much all of the movies (except the Marvel Cinematic Universe where Parker is, once again, in high-school). On top of covering just about all ages, Spider-Man is also one of the more wonderfully diverse superheroes ranging from a high-tech Zord-pilot Spider-Man, Peni Parker and her Sp//dr Bot, through to Spider-Ham and his Animaniacs roots, and even the likes of Spider-Gwen and Madame Webb. With this in mind, one of the more prolific and diverse additions to this ever expanding roster is none other than Miles Morales, the Ultimate Spider-Man; who featured prominently in Marvel’s Spider-Man (2018) and became the focal point of Marvel’s Spider-Man: Miles Morales.

Ushering in a new console generation is quite the responsibility and with great responsibility, comes great power… or something to that effect. For Insomniac Games, Uncle Ben’s overly misused quote also rings true as the studio has developed a game specifically with the PlayStation 5 in mind. This puts Marvel’s Spider-Man: Miles Morales in a precarious position: it must both serve as a standalone expansion to a PlayStation 4 title, while ushering in a new age of gaming with fancy gimmicks and incredible visuals on PlayStation 5. Naturally, this marriage is quite a doozy. Thankfully, it mostly succeeds.

Miles Morales picks up a few months after the events of Marvel’s Spider-Man, where Miles and Peter have been web-slinging as partners for the better part of a year. After the two Spider-Men chase down a freshly-escaped Rhino, Peter informs Miles that he will be flying solo for a few weeks. Naturally, Miles feels a bit unsure of himself. Thankfully Peter is a heck of a mentor and encourages Miles to be himself because he is more than good enough to be the only Spider-Man in New York for a while. The rest of the game then essentially comes down to Miles having to come into his own and defend his home from the antics of a brand-new evil group called Underground; all while getting to the bottom of whatever is gong on behind the scenes at the clean energy corporation, Roxxon.

In the year since Miles discovered his powers, he and Peter have become a dangerous duo for many criminals. Suddenly alone, Miles’ “other Spider-Man” status quickly falls under pressure as personal life seems to have a much bigger stake in this superhero business than originally thought. The good news is how Miles has a spate of new powers to help him out, which Peter does not.

The campaign itself is a short but sweet affair spanning the few weeks while Peter is on vacation with Mary Jane. I love the focus on Miles’ personal affairs this time around. In Marvel’s Spider-Man we experienced a trying time in Peter’s life, while Miles was a great supporting character. Now the script has flipped and Miles is front and centre as the main man players will be playing. While I am a huge Peter Parker fan, my love for Miles has grown exponentially in the last couple of years, and even more so through this game. While it is the one Spider-Man who’s comics I have read the least, he has become a staple on both the silver and big screens.

In Marvel’s Spider-Man: Miles Morales, the gameplay mostly feels the same. Anyone coming directly from the base game will have no struggles here, even when adjusting to the few differences put in place. Similarly, the game is also easy enough and well designed to quickly get any newcomers into the action as soon as possible. Unlike Marvel’s Spider-Man, Miles Morales removes many of the build-up bars and instead replaces them with a simple combo counter; which resets after Miles is hit in combat. In the past, players had to build a bar and “bank” finishers to pull them off against stronger opponents. This time, all players need to do is be more aware during combat and time those dodges just-right.

A lot of Peter’s gadgets and progression system have also been replaced with much simpler versions for in Marvel’s Spider-Man: Miles Morales. Like Peter, Miles has three skill trees he can unlock new moves and abilities with, but far fewer branching choices. This largely comes down to how much simpler Miles is as a character. Fortunately, Miles is already quite an apt web-slinger and wall-crawler. Right from the get-go Miles can do flips and tricks in mid-air, and holding down the jump button (cross) while running or standing still will automatically have him charge up a big jump so he can get into the swinging action much easier. Miles can already do point swings as well, and air kicks and most combos are already unlocked in Miles’ arsenal. This was honestly a smart move by Insomniac. No player would want to go through the same progression trees they had just gone finished for thirty straight hours or more. The result is a set of much smaller, and much more compelling, skill trees that constantly reward you with a brand-new ability, instead of slowly making you work your way through tinier upgrades.

Similarly, Miles’ suit(s) modifications and gadgets are also fewer in number, but much more potent. In total, Miles can unlock three new gadgets throughout his shorter 6-hour campaign. The way Insomniac explains this away is also smart: Miles is host to a bevvy of electrical-based powers thanks to the mutated spider that bit him. As such, his webs are already conductive. This means he does not need to switch to fancy new webs to shock complete puzzles. Miles can also go invisible, and use his powers to stun enemies. These “Venom Abilities” (like a spider’s venom, and not-at-all-to-be-confused with everyone’s favourite Symbiote) is what players will be spending most of the time upgrading and honing. In terms of the campaigns overall length, the experience is just so short that I cannot fathom why they would release this as a standalone game at all. Marvel’s Spider-Man Remastered further cements my chaos theories about the game. Regardless of the conspiracies in my head, however, I cannot fault the game for what it does provide: a great sense of who Miles is and why he is relevant to the Spider-verse.

As far as gameplay goes, Marvel’s Spider-Man: Miles Morales has improved quite a bit upon its older sibling — it is ushering in a new age of console gaming, after all. However, this part of it is perhaps the weakest facet of the game!

New York City is the same as ever, with one big difference: it is winter time, and the snow has started to fall. As such, there are puddles and reflective surfaces everywhere. By switching the game mode to “Fidelity” mode, Marvel’s Spider-Man: Miles Morales will shower your retinae with glorious 4K, high-dynamic-range and ray-traced lighting. This is where Miles Morales shines the most, literally and figuratively. Marvel’s Spider-Man was already a beautiful game. I spent entire afternoons in 2018 trying to capture the perfect combination of sunrise or sunset, and cool Spidey poses for new desktop wallpapers. I have a feeling that I will do it all over again once I have the time, thanks to how stunning Miles Morales is.

Where it falls apart, however, is in how the game interacts with the new Sony PlayStation 5 DualSense controller. After playing Astro’s Play Room for a bit, I have come to expect great things from this awesome new controller. Unfortunately, it seems like the most anticipated PlayStation 5 title does not care too much for its new functions at all. I particularly expected the new haptic feedback to make it feel unique and cool to swing from building to building. Alas, all Insomniac have given us are triggers that feel ‘tighter’ than normal for use in the game; and the sensation actually removed, rather than added, to the title’s immersion. It is also at odds with the speed of the game. Miles may be incredibly quick, but the triggers make the sensation of swinging feel… slower. It is naturally a very subjective matter, but I personally always thought it was easy as pie for Spider-Man to shoot his webs and swing around like that, not hard-as-nails. On top of that, there is also very little haptics throughout the rest of the DualSense experience. Astro’s Play Room beautifully showcases what developers could do by utilising it to its full extent. I expected it to feel different every time Spider-Man’s feet landed on different bits of building, but it never did.

Sadly I must also state that the AI in the game leaves a lot to be desired. In Marvel’s Spider-Man: Miles Morales, there are two factions constantly at war with Spider-Man. Both of these factions feel like reskinned Sable International grunts and nothing more. They are incredibly predictable and not at all smart. I had hoped that Insomniac would have amended the AI after all the complaints from the base game. Alas, they obviously did not.

Beyond the lacking implementation of the DualSense controller, the game is a next-gen stunner. As part of the first batch of first-gen titles, it makes me incredibly keen to see what gamers will get down the line when developers have figured out how to squeeze the machines for all their worth. On that note, I must commend Insomniac for shrinking down on loading to the point where it is near instantaneous. The PlayStation 5 has no Quick Resume feature similar to that of the Xbox, meaning that I had to load back into the game from scratch after switching to something else. Even then, however, loading into the game from a cold start is a matter of 30 seconds or less, every time. Once in the game, loading is non-existent — fast travelling takes a second, and Miles Morales is always good-to-go in the blink of an eye.

While it feels less polished than the 2018 base game, Marvel’s Spider-Man: Miles Morales is still a must-play for any Spider-Man fan. It is also clear how the theme with Miles Morales is “short” or “quick”. There are motifs of shorter and more condensed experiences strewn throughout the entire game: from its skill trees, and Miles’ suits, gadgets, and modifications, through to the short but sweet six-hour campaign, and around four extra hours of side content and collectables. It does feel like Miles Morales was meant as a proper expansion to release alongside Marvel’s Spider-Man, but got cut halfway into development and was subsequently repurposed as a PlayStation 5 launch title instead. Nevertheless, the game offers a solid single-player experience and serves as a wonderful cutting of the ribbon for all future PlayStation 5 titles.