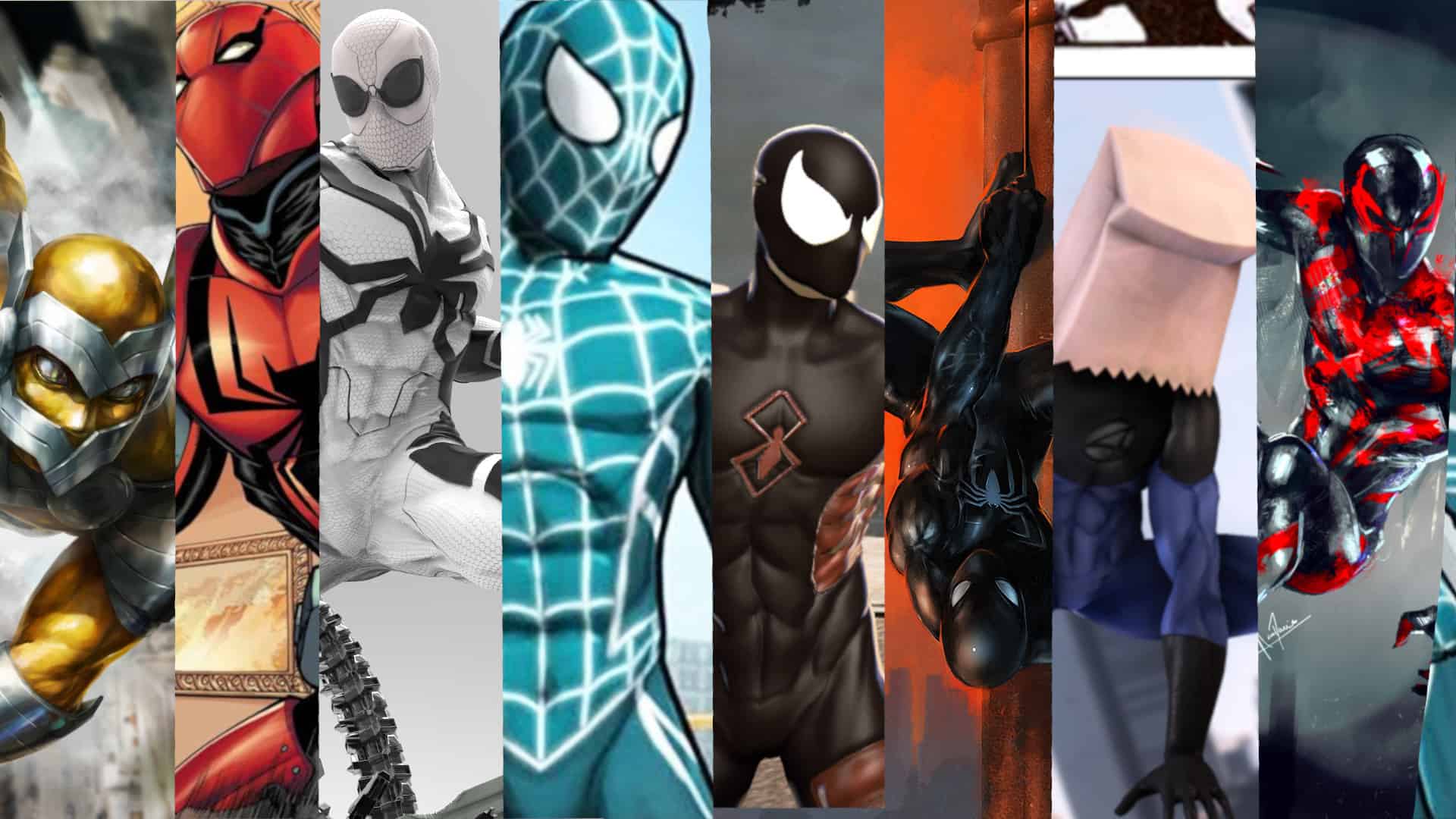 Many alternate Spider-Man suits have been confirmed to be in Marvel’s Spider-Man, thanks to careful sleuthing by those fortunate enough to have played the demo. With that said, there are still a bunch of suits not confirmed that we all definitely want to see. As such, I collected a few of my favourites for Insomniac’s perusal (you know, in case they read this and need ideas). Here are a few suits that I want to see in Marvel’s Spider-Man for PlayStation 4. 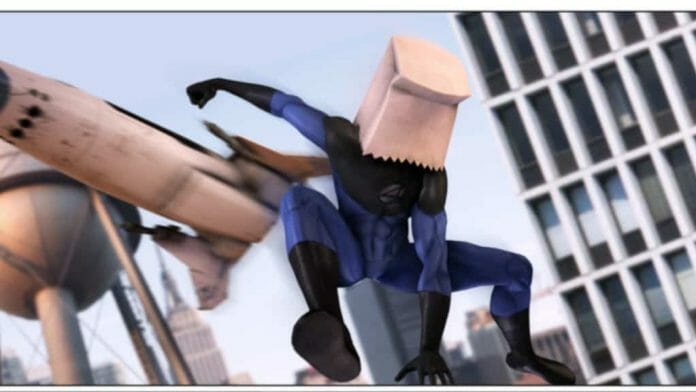 When you go through the hundreds of possibilities for Spider-Man suits, I bet that this paper-bag and spare Fantastic Four costume combination is hardly ever one to make the shortlist. To me, however, it is a classic that absolutely needs to be in the game.

The Spare Fantastic Four costume is a suit that Peter Parker had to wear after Reed Richards (Mr Fantastic) separated Parker from the Alien Symbiote for the first time. The idea for the suit actually came from the Human Torch, who suggested that Peter don an old spare costume to fight crime. It was also his idea to add the “Kick Me” sign on the back of the suit.

The Bombastic Bag Man, along with the famous reveal that the Black Spider Suit was actually an Alien Symbiote, was revealed in Amazing Spider-Man #256 (November 1984). Beyond the next few comics, Bombastic Bag Man never made an appearance in comics again. Thankfully quite a few developers have held a special place in their hearts for the suit. As such, the suit made its way into Spider-Man (2000), the PlayStation video game where I first saw the suit; Spider-Man 2: Enter Electro (2001); Spider-Man: Shattered Dimensions (2010); and Spider-Man: Edge of Time (2011). Here is hoping it will also be featured in Marvel’s Spider-Man. 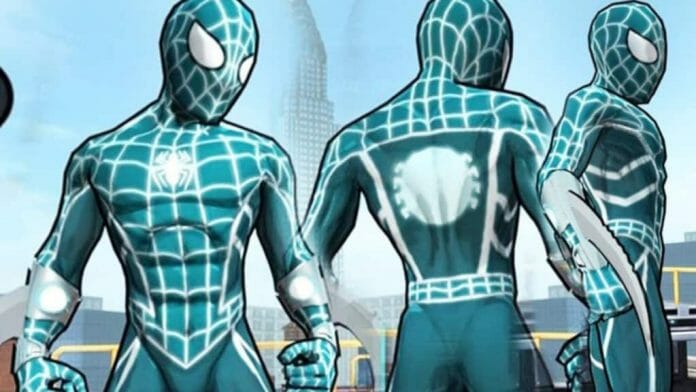 The Fear Itself comic series is a crossover storyline between many of the Marvel Universe’s major players. The storyline revolves around The Serpent, who declares itself as the True All-Father of Asgard. The Serpent awakes and besieges Asgard, as such, all Asgardians, including Odin and Thor, must travel back home. This leaves the heroes of Earth to fend for themselves.

Tony Stark builds many of the survivors their own special armour that he created in cooperation with the dwarves of Nidavellir. All suits have unique properties, and Peter Parker’s suit is no different: it features special gauntlets with sharp blades that can stand the weight of Mjolnir. The Fear Itself suit also looks all glowy and cool. I really hope this is one of the unconfirmed Spider-Man suits. 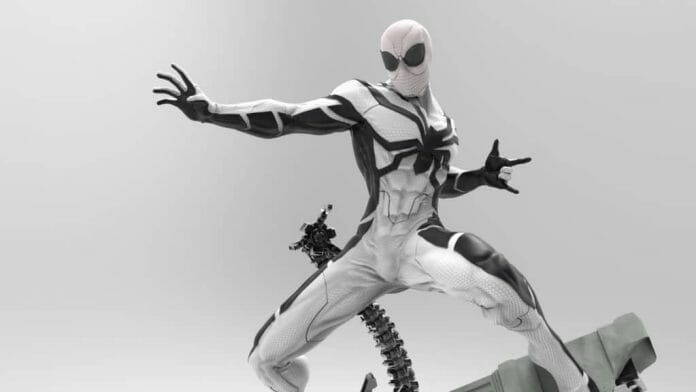 Yes. Yet another one-off Spider-Man costume. I bet you are starting to see a pattern! The Future Foundation Spider-Man (FF Spider-Man) first appeared in Fantastic Four #579 (May 2010). In this comic, Mister Fantastic forms a brand-new group of superheroes after he became discouraged as a scientist. Although Spider-Man is credited as a fellow founding member of the team, he really only joined after Human Torch died by preventing an invasion from the Negative Zone.

The costume has a sleek-looking white and black colour scheme and is made from “third generation unstable molecules”. This means that the suit can never get dirty, and can change form with a single thought.

I think the suit is very cool, although not many fans like it because of its radically different design. It comes in an inverse variation that often gets confused with the Black Suit or even the Symbiote Spidey. With that said, the suit has had its fair share of appearances in games. 2011’s Spider-Man: Edge of Time featured the suit, while it was also an unlockable suit in Ultimate Marvel vs. Capcom 3 (2011), The Amazing Spider-Man Video Game (2012), and Marvel: Avengers Alliance. 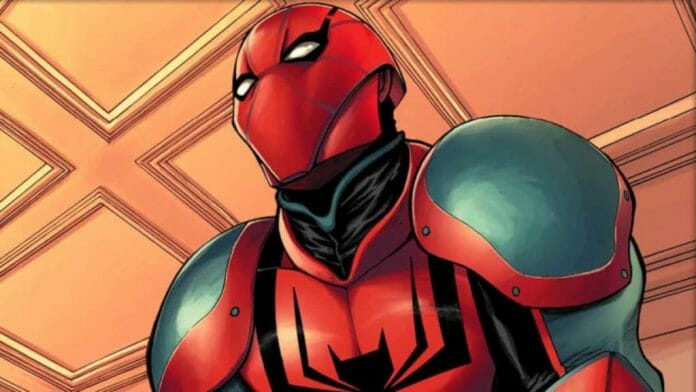 I personally think the Anti-Sinister Six Armour (also known as MK III) is a beautiful costume that looks like it means business. As the successor to the MK II (which has been confirmed to be in the game), the MK III provides everything the previous version did, and much more: a fancy helmet with technology such as an echolocator, a commlink, holographic visor, and even the “Pink Hippo” App that allows Parker to change Sandman’s form against his will. The suit also features fancy electro-proof technology, built-in web-shooters, flight capabilities, and yes, a utility belt with different types of webbing cartridges.

It is a sleek and robust suit that Peter created with the last bit of resources from Horizon Lab; all in an aid to battle against the Sinister Six in Amazing Spider-Man #682 (May 2012). Since the Sinister Six are the criminal group that oppose Spidey in the upcoming game, it seems only fitting that the Spider-Armour MK III would feature as one of Spider-Mans suits. Then again, maybe the MK II Armour is just a precursor the MK III. Oh, my Spider-Senses are tingling! 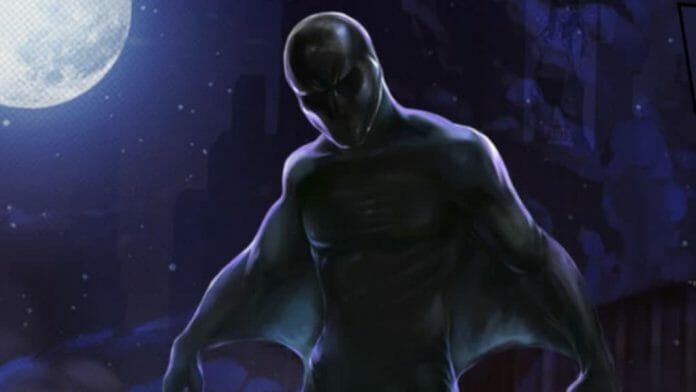 Please, please, PLEASE let Dusk’s Suit be in this game, Insomniac! The Spider-Man Dusk suit is one of the most unique suits that I have ever seen. It is also, in my opinion, one of the coolest suits to have first appeared in Spider-Man Vol. 1 #90 (November 1970).

If alternate Spider-Man suits have special capabilities in Marvel’s Spider-Man like suits had in Spider-Man (2002), blending with darkness would be a cool little gimmick for anyone playing through a New Game Plus mode, anyone who knows the cheat codes, or alternatively, anyone who is willing to “pay to win” (also known as hard cash). 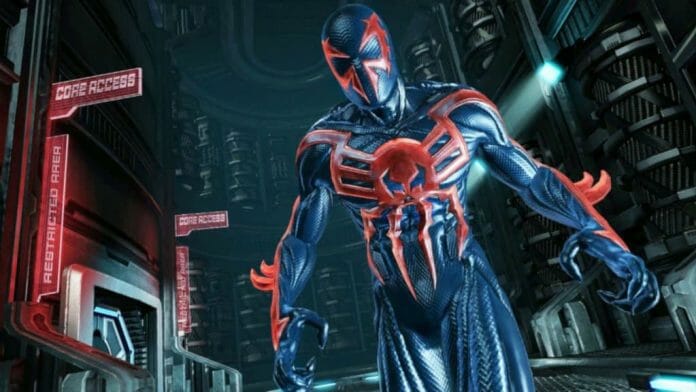 This is a weird one. Many outlets that have managed to dig a little deeper into the gameplay demo showcased at San Diego Comic-Con 2018, seem to be torn in two about whether this suit is in the game or not. US Gamer, for instance, mentions that “one outfit also carried the distinct silhouette” of this suit, while other outlets do not mention it at all.

As such, I am including this suit in both my “Want”, and “Confirmed” lists. Sue me.

The future Spider-Man suit from 2099 first appeared in a three-page preview inside The Amazing Spider-Man #365 (August 1992). However, it was not until November 1992 that Miguel O’Hara donned the suit in Spider-Man 2099 #1, where he is the 2099 version of present-day Spidey, with pretty much all of the same powers – only, enhanced with future technology.

The original Spider-Man 2099 suit is blue and red, just like many other Spider-Man suits. The recently published version of the suit, however, has taken on a grey/silver and red colour scheme that better fits the rejuvenated future storyline. 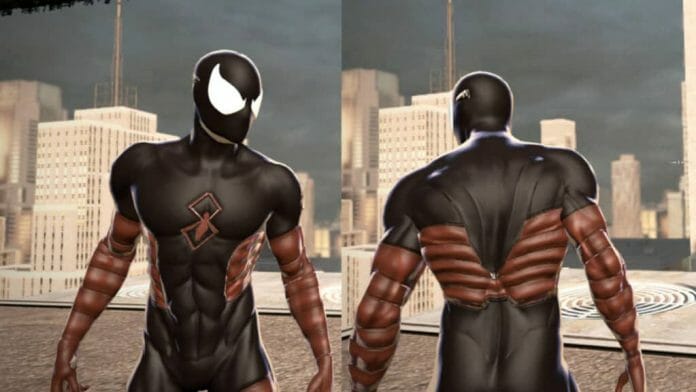 The Electro Proof might be a weird pick, but hear me out: it makes total sense for the game!

For starters, Insomniac already confirmed Electro’s presence within Marvel’s Spider-Man. There is gameplay footage showing an Electro heavily inspired by the recent Amazing Spider-Man 2 (2014), complete with bald head and shocking yellow electricity spewing from all parts of his body. As you might imagine, going up against an electrified supervillain could prove difficult… if Peter does not have an Electro Proof Suit!

The suit first appeared in Amazing Spider-Man #425 (August 1997), when Spider-Man had to create a suit that would protect himself from the electrified Sinister Six member. It also looked pretty cool, with orange (or sometimes brown), and black accents. It would be cool if this suit would give Peter enhanced abilities against Electro only, while also doubling the damage from any other villains, in a New Game Plus scenario. 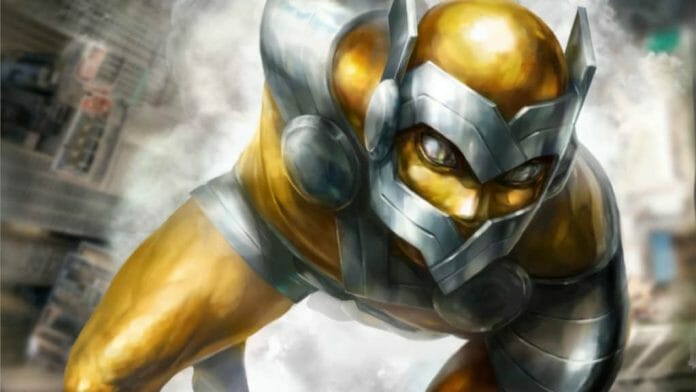 Prodigy’s suit is yet another one of the four Spider-Man suits that Peter Parker had to utilise to clear his name after arch nemesis Norman Osborne framed him for murder. Prodigy was created to be an “old-fashioned good-guy” with superhuman strength and speed. Instead of using a web to swing from building to building, Parker — as Prodigy — jumped from rooftop to rooftop. The helmet was also only partial, which resulted in Parker having to wear makeup to hide his identity completely.

The suit, which first appeared in The Spectacular Spider-Man #257 (May 1998), is a beautifully crafted “knightly” suit with sweet gold, red, and silver aesthetics. The suit was also enhanced magically, thus enhancing Peter’s usual metahuman abilities, and made them super. His cape also allowed for gliding when caught in air currents.

I really want to see Prodigy’s Suit for two reasons: 1) it looks amazing, and 2) it would prove that the suits featured in Marvel’s Spider-Man go beyond just looking like reskinned Spider-Man suits.

That is it for my personal picks of Spider-Man suits that I would like to see in the game. I have to be honest: the sheer number of suits already confirmed are pretty fantastic. These picks are just wishlist material – however, if we have learned anything from the Batman: Arkham titles, it is that you can have pretty much as many suits in the game as you would like.