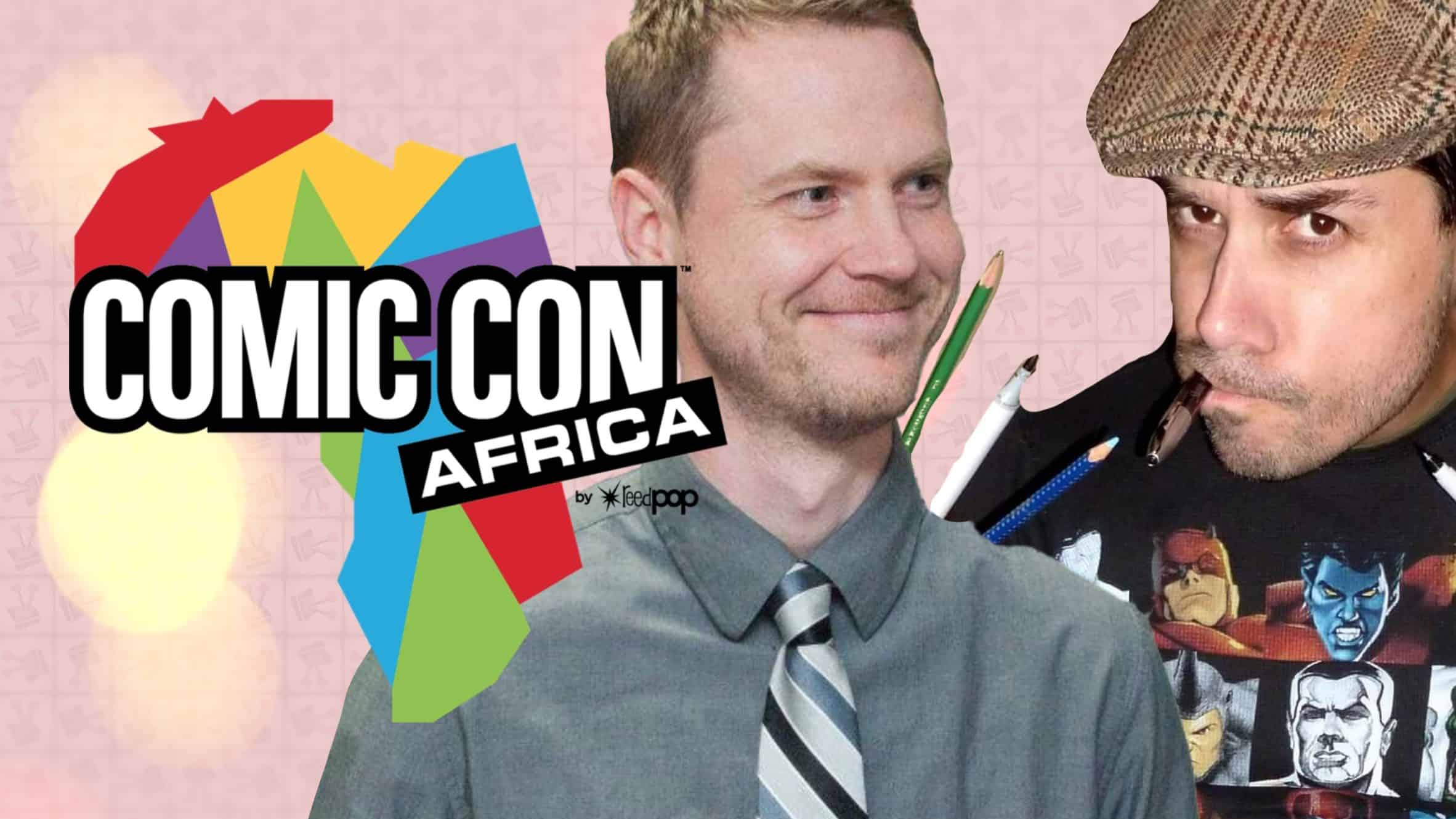 Comic books are a part of our very being at Vamers. From Spider-Man, all the way through to Teenage Mutant Ninja Turtles, and everything in between. This is why it comes with great surprise that designers, illustrators, and artists, Patric Reynolds and David Angelo Roman, will headline some of the comic book talents at Comic-Con Africa 2019.

Patric Reynolds is a prolific comic artist. He is particularly known for his illustrator work with Patton Oswalt and Joss Whedon on Serenity: Float Out; Steve Niles on The Thing, and Chris Roberson on Aliens – a personal favourite.

Currently, Reynolds is hard at work on Dark Horse Comics’ I Pledge Allegiance to The Mask. Big Head is the main character in the returning comic book series that inspired the endearing comedy adaptation starring Jim Carrey. The comic book series is a “slightly more violent” take on the film adaptation, however, and is not for the faint of heart.

Other works Reynolds’ handiwork can be seen in, include various Mignolaverse titles, such as Abe Sapien, Hellboy & the BPRD 1954, and Joe Golem: Occult Detective. He has also done extensive work on Prometheus, and Stranger Things.

David Angelo Roman, on the other hand, is a comic book cover artist known for his excellent work on Adult Swim’s Rick and Morty, Star Wars, The Walking Dead and Marvel under Topps.

David Angelo Roman is still working on Rick and Morty, as well as the Cryptozoic trading cards. Having learned everything he knows in Spain, Roman began his professional career as a mural and fresco artist with an emphasis on photo-realism and illusion. Aspects that still shine through in most of his work.

Both Patric Reynolds and David Angelo Roman will be at Comic-Con Africa 2019. Tickets start at R160 per person, with an additional R500 four-day pass, for peeps who want to visit every day. An exact line-up and schedule have not been made available just yet, but it is safe to assume that both Reynolds and Roman will be roaming the halls and attending panels throughout the convention.