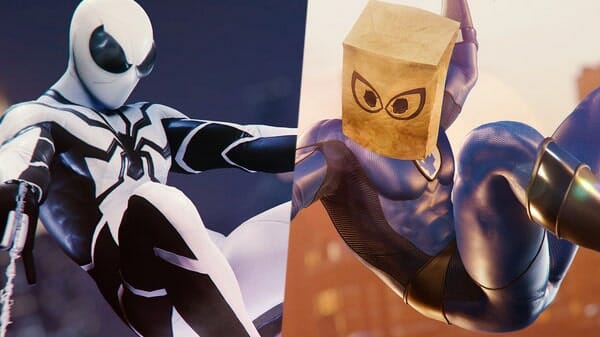 Insomniac is literally a gift that keeps on giving. At this stage their latest hit superhero title, Marvel’s Spider-Man, is serving as a fanboy’s wet dream. Especially for those who have always wanted to be the friendly neighbourhood Spider-Man. Now the developers are giving players yet another reason to return to the game in the form of Fantastic Four-themed Spidey Suits! As if the recent free downloadable content was not enough.

While the Fantastic Four are still very much not in the game, the famous building they live and work in is. As such, Insomniac Games are giving fans of the First Family a small taste of things that may come, with two brand-new Spidey Suits based on the web slinger’s adventures with the Fantastic Four. 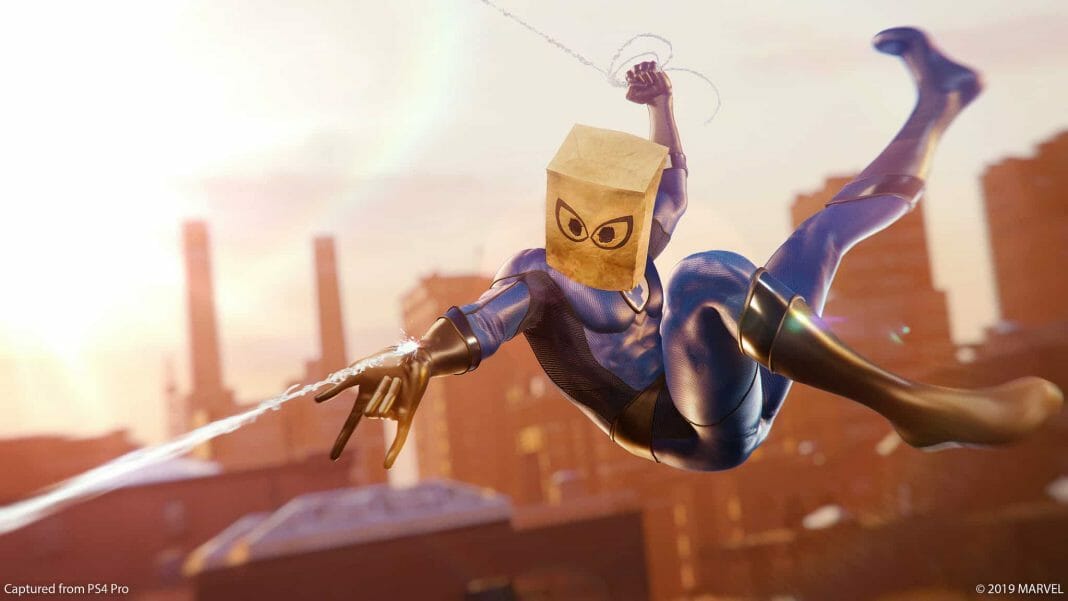 First up, Spider-Man will get the Bombastic Bag-Man suit. This spare Fantastic Four uniform is a suit that Peter Parker had to wear after doctor Reed Richards (Mr Fantastic) separated Parker from the Alien Symbiote for the first time. The idea for the suit actually came from Johnny Storm (Human Torch). He suggested that Peter wear one of the family’s old suits to fight crime while a new suit was being designed and created. He also added the “Kick Me” sign on the back of the suit.

The Marvel’s Spider-Man (2018) version of the suit looks like a sleek suit with latex boots and gloves in the promotional pictures. The paper bag over Peter Parker’s head is comical at best and even has Spider-Man-shaped eyes drawn on it with a marker. It even includes two holes punched into the centre of each for Peter to see. 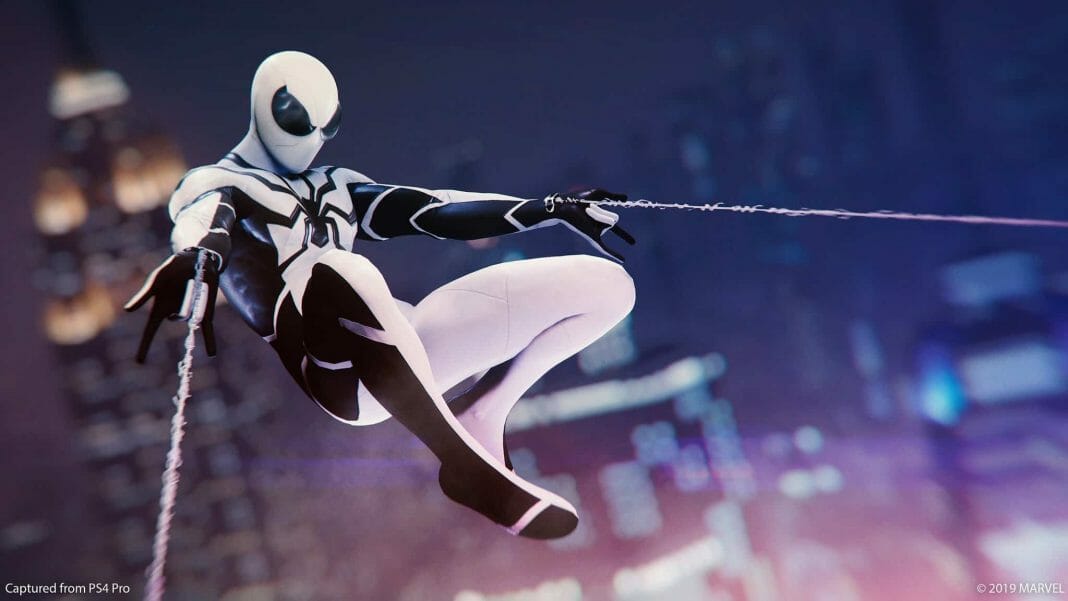 The Marvel’s Spider-Man (2018) version of the suit looks pretty much exactly as it should: sleek, black and white, with fancy futuristic flair and design. Just like many other Spidey Suits, the FF Spider-Man suit looks like a single piece of uniform. It has no clear seams where the boots, gloves, or mask would match up with the suit. Considering the closest we got to the Future Foundation suit in the game was the Negative Suit, I would say that this is a proper win for Fantastic Four fans. 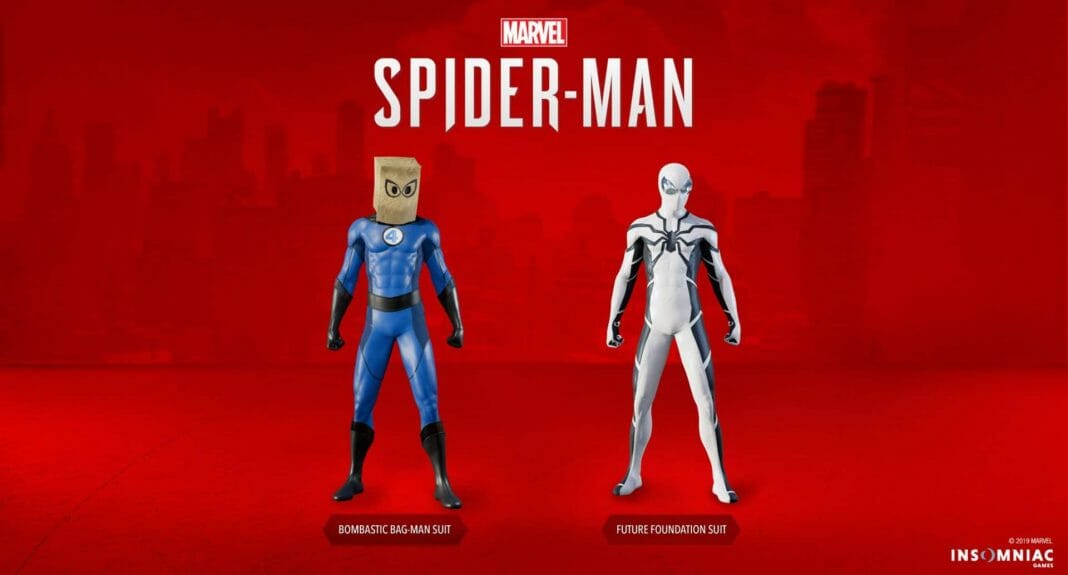 According Insomniac Writer, Christos Gage, the Fantastic Four-themed Spidey Suits are in the game thanks to Marvel’s “World’s Greatest Week” event. Gage explains that he is a self-confessed fan of the Fantastic Four.  He even wrote the 2010 Spider-Man/Fantastic Four miniseries, which featured artwork by Mario Alberti. This was coincidentally the same series involving the Future Foundation’s creation.

The update with these two new Fantastic Four-themed Spidey Suits is live right now. Fans of the suits can suit up as soon as the update is installed.