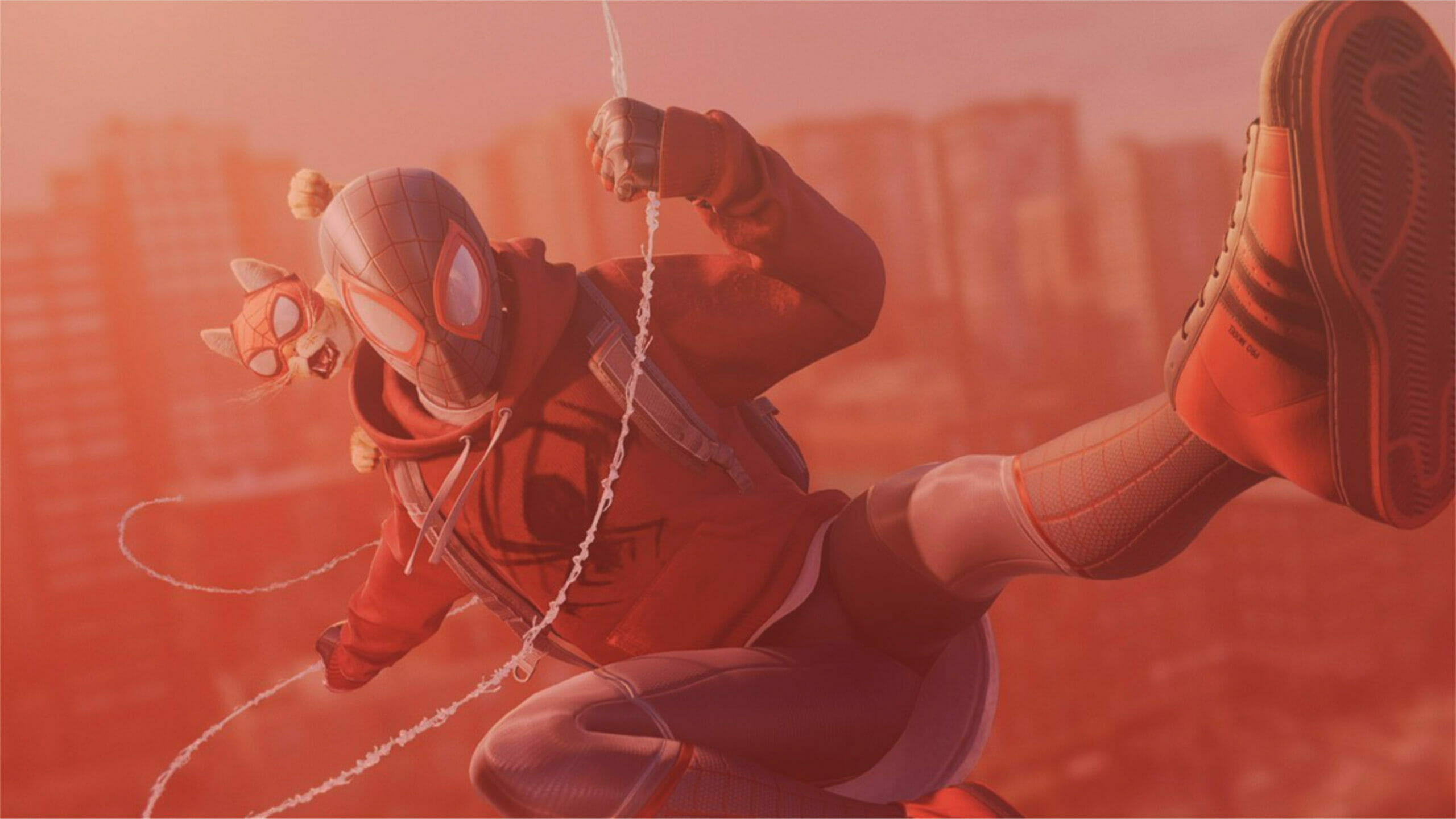 When Marvel’s Spider-Man took the world by collective storm, it was only a matter of time before fans would start hearing about a sequel. It came as a genuine surprise, then, when Marvel’s Spider-man: Miles Morales, a direct continuation in the form of a standalone spin-off, was announced.

Marvel’s Spider-Man may have released to roaring success, but its spin-off, based around the dark-and-red suited bombastic, yet well-meaning – and totally wholesome – partner in [fighting] crime, proved to truly showcase what modern day Insomniac could do with the licence.

Spider-Man: Miles Morales is a magnificent case study in improving on an already well-oiled machine; somehow improving on what came before, while simultaneously elevating the original work. As an added bonus, Sony even published Miles Morales alongside the remastered Marvel’s Spider-Man, bundled on PlayStation 5 for a fraction of a cost of buying them separately. Sadly, the Spider-Man: Miles Morales PC release comes as a standalone video game only… making it an unfortunate recommendation for anyone holding out.

The only way to describe Spider-Man: Miles Morales is to refer to it as an ‘elevated version’ of the already excellent Marvel’s Spider-Man. It features the same role-playing elements, many puzzle segments, and advancing platforming featured in the base game. On top of that, it also comes with a plethora of new challenges based on new “Venom” abilities (electricity-based skills unique to Miles). The astonishing web-swinging from the base game also makes a return, but this facet is also upgraded with new and unique animations featured only in this title. In the same fashion, it also features a whole new set of characters and villains all wildly accurate in their depictions from the comics. Like its larger counterpart, however, Spider-Man: Miles Morales did not receive any kind of downloadable content after release. As such, the Spider-Man: Miles Morales PC release also comes without any new additions – beyond what gamers might expect from a game ported to desktop PC.

There is simply no denying how Spider-Man: Miles Morales is an exceptional title worthy of its pricetag. Like its counterpart, the game leans heavily into the Arkham-inspired combat system. Players can dodge, duck, jump, and dive through groups of enemies as they bonk baddies on the head or cover their faces and bodies with sticky white stuff. Like Marvel’s Spider-Man, this game comes with its own highly relatable story [with a touch of wholesomeness, to boot] featuring Miles, his caring mother, and… uncle. In short: Miles Morales gives fans more of the beloved character they met in the base game, all packaged in a neat 60 frame-per-second and ultra-high definition resolution presentation with nary a loading screen in sight!

As a port, Spider-Man: Miles Morales PC comes with a bevy of improvements and graphical additions. Fans can expect to see a host of new graphical options including lighting toggles, graphical presets for all aspects of the game, an unlocked framerate, and high resolution shadows. Textures have also received a natural upscaling, even on “medium” settings, while this version also features an unlocked frame rate, ultra-widescreen support, and support for Nvidia DLSS, AMD FSR 2.1, and Insomniac’s in-house resolution upscaler. As with all PC ports, there seems to be quite a bit more loading than the near-instant instancing of the PlayStation 5 version, but it is not enough to be an issue. Overall, players can expect to websling to their heart’s content in a beautifully wintery version of New York; bask in even more puddles than the base game, look at all the snow fuzzies in Central Park, and even create a snow angel or two of their own.

Spider-Man: Miles Morales PC is excellent, as one may come to expect… but it is not without its faults. At 50 USD (or your regional equivalent), it becomes a very hard sell knowing the game was released in only 2020! While, thankfully, not a “fully priced” release in the same vein as Marvel’s Spider-Man PC before it, Miles Morales ultimately has its spirits dampened by corporate greed. The simplest solution would be to offer a 70 USD bundle with the base game included, similar to how the game is listed on the PlayStation Store. Sadly, as is the case with all Sony PC ports, Miles Morales has its exquisite name tarnished by association.

Spider-Man: Miles Morales PC is, ultimately, wonderful! For the most part, it should be considered as essential gaming for the current generation. The game is fantastic in the way it beautifully builds upon exceptional foundations laid by Marvel’s Spider-Man before it. Naturally, it is recommended to play this game after the original, but its standalone nature does allow for some leeway in this regard. Spider-Man: Miles Morales PC has also been ported beautifully by Nixxes, and Insomniac have evidently added in additional work to ensure the final product looks and plays phenomenally. Nixxes have once again proved their mettle with the Spider-Man: Miles Morales PC port. Alas, the game, like its original counterpart, struggles to pique any interest beyond that of gamers who do not already own the game on PlayStation 5 or who do not wish to pay separately for what was a bundled title on console. Fortunately, this is not egregious enough of a reason to keep the game from the good graces of any well-meaning PC gamer.