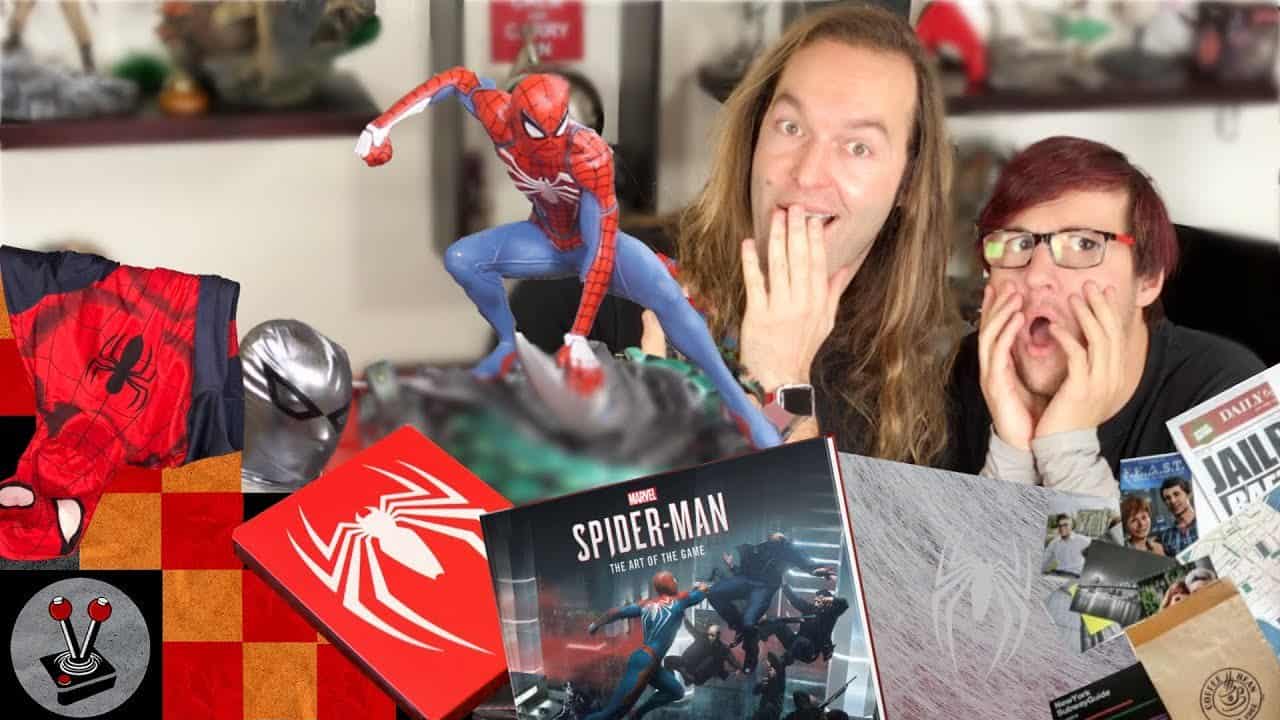 Marvel’s Spider-Man is out, and critics and gamers everywhere are enjoying what has been hailed as “the best Spider-Man game” yet! As with any big gaming release, there are a variety of unique editions of the game up for grabs. At Vamers we were lucky enough to snag ourselves a Collector’s Edition of the game! However, whilst I was unboxing it, Spider-Man himself dropped by with a limited edition press kit! Needless to say, we were very excited and thus took the time to unbox both the Marvel’s Spider-Man Collector’s Edition and limited edition Press Kit.

Marvel’s Spider-Man takes place eight years into Peter Parker’s life as the friendly neighbourhood web-slinger. As such, the new game forgoes the origin story (that we all know by now) in favour of placing us in the grasp of a character who has already come into his own. A hero who knows good from evil, and whom people either love or loathe.

To start, the Marvel’s Spider-Man limited edition press kit is contained within a gorgeous silver and webbed box. It folds open to reveal a wonderful artistic render of Spider-Man in his Advanced Suit – the brand new suit is one of 28 created specifically for the game. Inside the box are a host of ‘real-world’ goodies that offer a true-to-life snapshot of Peter Parker’s life – and are easily the highlight of the entire package.

Inside the brown coffee bag, which is obviously a reference to spidey’s favourite coffee spot, are a variety of items that belong to Peter Parker. The contents of the bag are incredible and include the following: Daily Bugle press access card, Spider-Man patch, doodles showing Peter’s thought process in developing his Spider-Man alter-ego, Spider-Man magnet, series of photographs taken by Peter of his family, friends and New York City, New York Subway guide (including digital download token for the game), limited edition comic, actual copy of The Daily Bugle (with real articles), map of Manhattan with a secret location, Devil’s Breath satellite image, and a limited edition canvass art card portraying Spider-Man’s battle with Rhino.

In truth, the Marvel’s Spider-Man limited edition press kit is an astoundingly well produced homage to the game and character. It brings a real world feeling to a fictional character, and also showcases just how much detail has gone into the video game. As excited as we were for the Collector’s Edition, I must admit that the limited edition press kit was by far the better of the two. We would like to thank Gamefinity, the official distributors of PlayStation in South Africa, for being kind enough to supply us with one of these press kits.

With the limited edition press kit out of the way, we went ahead and unboxed the Marvel’s Spider-Man collector’s edition (an edition with a hefty SRP of R2 299). Packaged in a much smaller box than anticipated, the collector’s edition features the game in a gorgeous SteelBook case, along with downloadable content code, a mini art book, and a highly detailed statue from Gentle Giant.

The box for the collector’s edition is quite nice. Once removed from the outer packaging, it features a photograph of Spider-Man stretched over three panels, with a blank rear and the new logo designed for the game on the top. Opening the box reveals “The Art of the Game” art book, which contains some excellent insight into how the game was created and designed. Under that is an ‘amazing red’ SteelBook copy of the game, emblazoned with the new Spider-Man logo in white. For a chance to win this copy of the game, and some other goodies, be sure to check out our Marvel’s Spider-Man [PS4] competition.

Just under the SteelBook is a note from Marvel, Insomniac and Sony that warns about possible game spoilers. This is necessary because the included statue hints at a certain plot twist within the game. So if you want to play the game without any form of spoilers, now is the time to turn away. 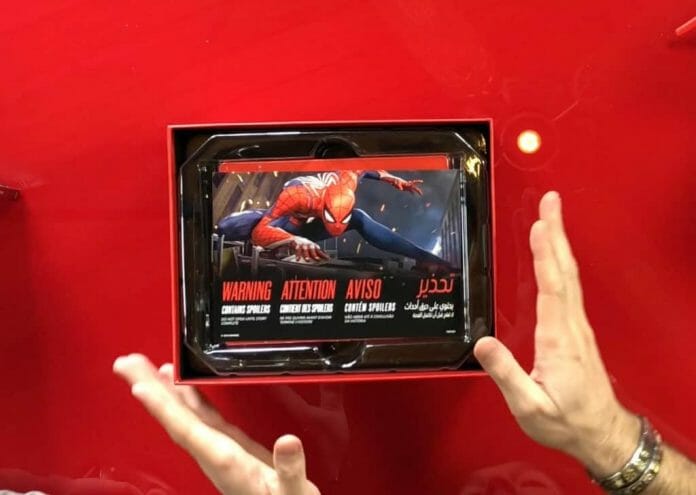 Please only proceed past this point if you do not mind a spoiler or two.

The piece de resistance for the Marvel’s Spider-Man collector’s edition is the included statue. Like most video game statues, this one is made entirely of PVC. Despite this, it is expertly painted and features some really great detail. In essence, it is a figure of Spider-Man artistically perched upon the remains of the foes he has vanquished in the game. The villains in question are: Rhino, Scorpion, Vulture, Electro and Doctor Octopus.

We all had a serious amount of fun filming the unboxing of the Marvel’s Spider-Man collector’s edition and limited edition press kit. To see just how much, be sure to watch until the end of our video for several bloopers and outtakes.

Overall both editions of the game are pretty darn great, and we are happy to be able to share them with all of you. 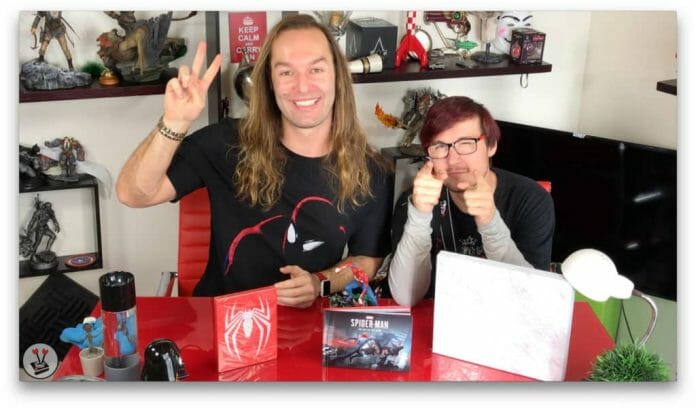