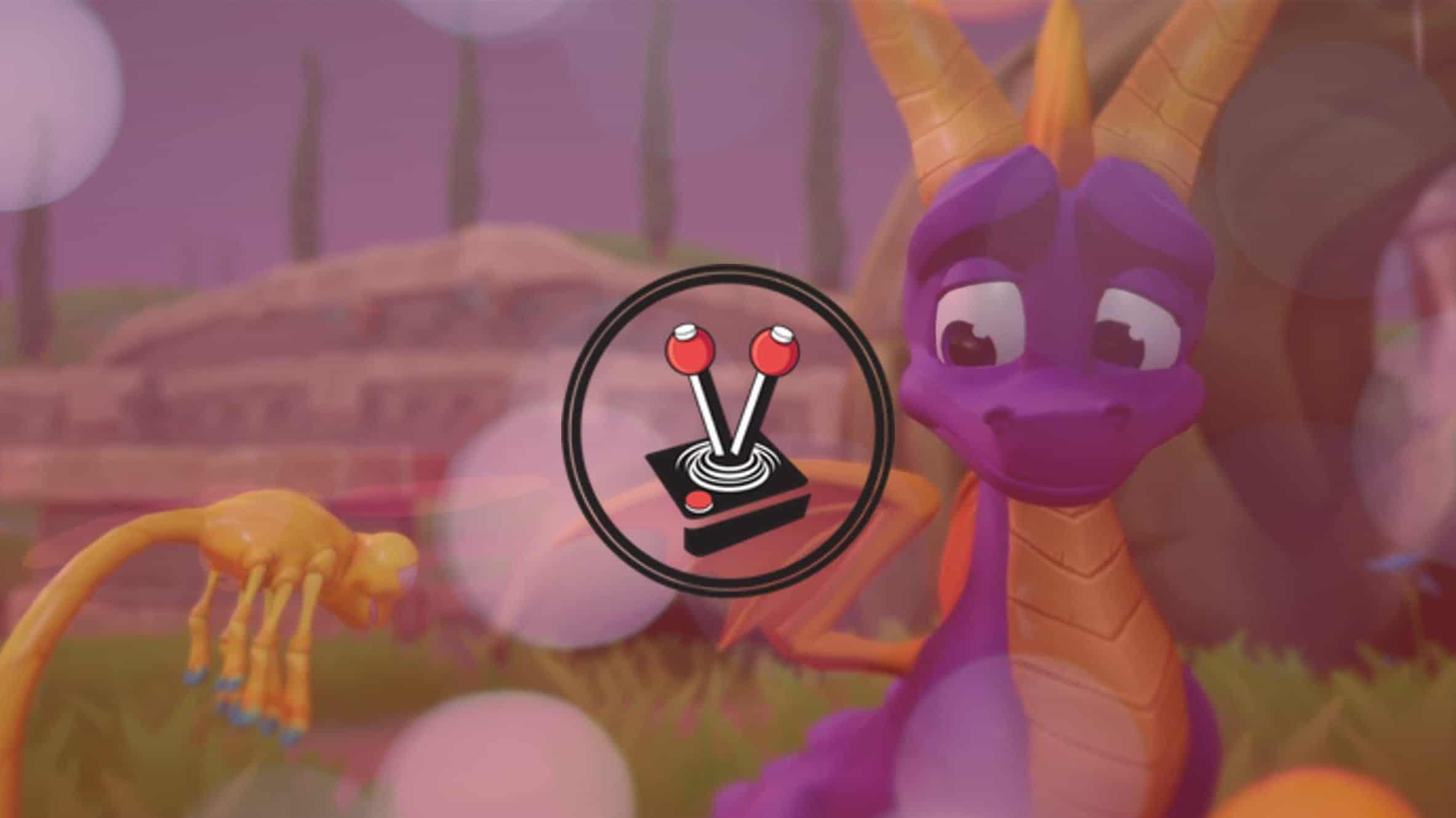 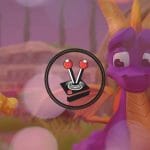 Practically every single gamer who grew up in the 90s knows of Crash Bandicoot and Spyro The Dragon. Two gaming icons who helped solidify the PlayStation console as ‘the’ place to play. Of the two, Spyro holds a very special place in my gaming heart. It was one of the very first action-adventure games to completely and utterly grasp me with its characters, world, and platforming mechanics. Thus when I learnt about Insomniac Games bringing back the lovable dragon for a new generation with the Spyro Reignited Trilogy, I immediately knew it would be a day one purchase upon release; and I was not disappointed.

Officially titled as the Spyro Reignited Trilogy, the title includes remastered versions of all three of Spyro’s original outings: Spyro the Dragon, Spyro 2: Ripto’s Rage! and Spyro: Year of the Dragon. Although original developed by Insomniac Games, the remasters were handled by Toys for Bob. A studio familiar with the franchise given how they developed most of the Skylanders titles. With that said, Toys for Bob have handled the remasters with absolute aplomb. A wonderful surprise, considering how most remasters often disappoint. Usually featuring nothing more than a small lick of paint and being resold as ‘upgrades’. Thankfully, this is not the case with this trilogy.

The Spyro Reignited Trilogy is utterly gorgeous. Built on the Unreal 4 engine, each of the included titles has been carefully and thoughtfully rebuilt for modern consoles. Gone are the hard angles and polygons of the originals, all in favour of a gorgeously smooth and Pixar like reproduction. Spyro and his friends, enemies, and the worlds of the games, has never looked better. The updated visuals have, however, introduced some artistic changes over the original titles.

For the most part, every single one of the characters is recognisable. From Elora and Hunter, through to Bianca, Sheila and Sergeant Byrd, each of the characters has been wonderfully updated for modern hardware. Given the upgrades, it makes sense how some of them look a little different to the way they use to be. The same is true for enemy units in the game. Gone are the hard polygonal edges that may have once incited fear. In return, all characters have a far ‘softer’ look reminiscent of Pixar films.

I personally prefer the change, particularly because of the quality of the production. Every single character in the game is expertly animated. Whether still, or in the heat of battle with some impressive particle effects, the way the characters move is really something to behold. When Spyro is still, for example, he will sneeze, look around, yawn and even stretch. The same applies to all other characters in the game. Coupling the animation with the enhanced visuals of the levels, often makes it feel like an interactive animated film; which is an absolute highlight of the title.

Better still, Insomniac Games and Toys for Bob went the extra mile to record new voice tracks and audio for the remastered titles, all of which have been expertly lip-synced to the character models. The effect is stupendous, and makes the game a real treat for fans living on nostalgia. It also serves as an incredible introduction to a new generation of gamers. In addition to remastered voices, the music has also been redone. The title even includes a brand new theme song made especially for the Spyro Reignited Trilogy (from the original composer).

The game also features a unique audio mixing technique whereby music and battle music sways in and out depending on what Spyro is doing. It works quite well and adds yet another level of immersion to the title. The visual and audio upgrades in the Spyro Reignited Trilogy, on the whole, are massive improvements over the originals; and are a clear indicator of how these remasters were not mere after thoughts. They were made for the fans, which is very much appreciated, but it introduces its own caveats as a result.

There is no denying how the game looks and sounds wonderful. Unfortunately, the level design and gameplay are points of contention to these shiny coats of paint. Despite much of the game having been overhauled for new hardware, these elements have, for the most part, remained untouched. Levels are as they were before, with all of the nooks and crannies available that made them so memorable in the first place. Unfortunately, the frustration of navigating them has made it through to the remasters as well. Insomniac and Toys for Bob would have done well to include a mini-map for navigational purposes. Alas, gamers must continue to run through levels, again and again, looking for areas they might have missed. It adds an unfortunate level of tedium to the title, despite being faithful to the original games. Traversing the levels is also as tricky as before, given how the controls are exactly the same – for better or worse.

Gamers who grew up with the original games will be able to jump into the Spyro Reignited Trilogy without a momentary pause. Given the remastered status of the title, however, there have been a few changes here and there. Most noticeably are the abilities to move the camera around Spyro, and the inclusion of a dedicated first-person viewpoint mode – to help with spotting treasure. These changes are welcome improvements to often frustrating controls and gameplay mechanics.

Controlling Spyro is as easy and challenging as it has always been. A mere twitch on an analogue stick will send the loveable dragon careening into a pit, off a cliff or into an enemy unit. Although fluid and enjoyable, the old gameplay design sticks out like a bit of a sore thumb. It makes dealing with some enemy units an absolute chore (shepherd dogs, I am looking at you), and some of the boss battles feel like stages in Cuphead or Dark Souls. The effect essentially negates the easy level design and cutesy visual elements that are so rife in the remasters. The result is a mounting frustration where you will want to throw whatever control you are holding (even if it happens to be your Switch console).

The narrative in the Spyro Reignited Trilogy also leaves a lot to be desired, and is a stark reminder of how games have changed in the two decades since the original title was released. In 1998, the sparse narratives tying together each of the games were enough to keep gamers entertained and invested in the titles. Gamers today have far loftier expectations. Although it has been a pleasure to once again be engrossed in Spyro’s attempts to save his dragon kin from Gnasty Gnorc, helping Hunter and Elora defeat Ripto, and eventually saving dragon kind from the evil sorceress; the over arching narratives are weak, at best, and offer very little incentive for gamers to continue on Spyro’s different journeys.

For older gamers, the nostalgia of the original titles will help enhance the narratives in each title, but once the nostalgic glow wears off; the game becomes a tedious escape into worlds built solely for finding gems, reducing dragons and toasting villains. No more, and no less. Great for completionists of yesteryear, but less so for newer gamers expecting an action-adventure title like Super Mario Odyssey.

The Spyro Reignited Trilogy is a fascinating title. For all intent and purpose, it looks and, to a degree, feels like a modern title. Yet it features gameplay and level design from a bygone 90s era, both of which have not aged all that well. Although it can be fun to scamper through the various levels, collecting gems, saving dragons and participating in time trials; the motivation to continue doing those exact same endeavours, level after level, dissipates fairly quickly. The repetition, coupled with the odd boss battle, hampers the game’s replayability. Furthermore, gamers seeking innovative gameplay and strong narratives will be left wanting.

With that said, gamers who are happy to experience a truly sublime blast from the past, will be enthralled with the Spyro Reignited Trilogy. The title does a fantastic job of rekindling the fires of nostalgia. Allowing older gamers to re-live the 90s in the best way possible; through smooth and familiar gameplay and becoming familiar, once more, with the same magic that made Spyro’s world so unforgettable all those years ago. Newer gamers, on the other hand, will be able to enjoy a classic experience made infinitely more accessible with a wondrous Pixar-like aesthetic. The title is a delightfully magnificent ode to a classic character, warts and all.