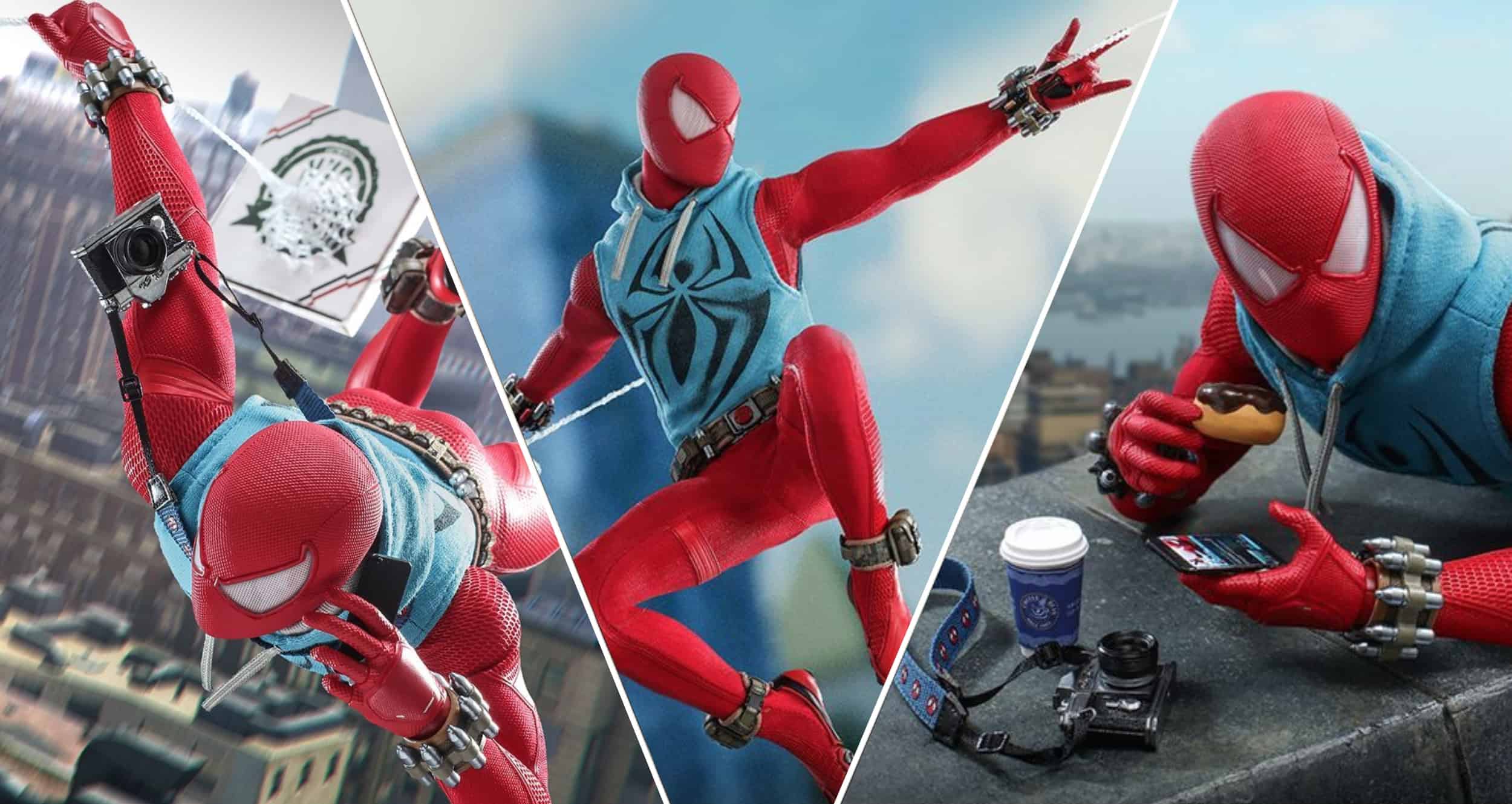 Roses are red, spiders are two, one comes in scarlet, the other in blue! Or, at the very least, the other way around this time. Hot Toys, the world’s largest and most prolific producers of sixth scale collectibles, have announced the brand-new Hot Toys Marvel’s Spider-Man (Scarlet Spider Suit) (VGM34) collectible figure, and it looks incredible.

The new collectible figurine is based on the reimagined Scarlet Spidey suit that players can unlock in Insomniac‘s Marvel’s Spider-Man PlayStation 4 title. It is a perfect replica of the suit in-game, which in turn, is a beautifully inspired (but not copied) version of Ben Reilly’s Scarlet Spider featured in the comics. It features a “darker… more of a scarlet” skin-tight body laced with the same artificial body and muscle fibres that assists the wearer in everything they do.

This Hot Toys Marvel’s Spider-Man (Scarlet Spider Suit) (VGM34) collectible figure is a perfect sixth scale replica of the friendly neighbourhood Spider-Man’s “clone”. While it does not feature a facial reconstruction of Peter Parker in the game, it is accompanied by a bunch of cool props.

This beautifully crafted figurine features a masked head and a “newly developed” body that is not based on any other figurine in the Hot Toys roster. It also comes with a skilfully tailored sleeveless hoodie with detailed Spider-print on both sides; utility belt and Web-Shooters; interchangeable hands for different postures; a camera; a pizza, a donut, a drink and a cell phone; a variety of web accessories; and, as if that is not enough, a figure stand worthy of the wall crawler himself.

The current listing for the Hot Toys Marvel’s Spider-Man (Scarlet Spider Suit) (VGM34) does not state that it is a super pose-able figurine. With that said, the figure does come with a huge variety of poseable hands, complete with their own web design. This, and the acrobatic poses featured in the images, may prove otherwise. Whatever the case may be, there is no denying that this Scarlet Spidey will be an incredible addition to any desk setup when it releases during the last quarter of 2019/first quarter of 2020.

As a massive fan of the Scarlet Spidey suit, I believe this is truly an outstanding figure. I personally plan on getting one, and you can too via Vamers Store. We are awaiting finally confirmation, but we should be stocking the Hot Toys Marvel’s Spider-Man (Scarlet Spider Suit) (VGM34)!

If you are on the fence about it, you can secure your unit with a deposit, and then choose from one of the many payment plans Vamers has on offer. As always, every purchase earns registered users 3% of their total spend back – something I am not eligible for, and I wish I was!

Full details of the figure are below, including everything it comes with, but take some time to ogle the pictures first, because this is a figure not to be missed.

*Prototype shown, final product may be slightly different
Product details could be subjected to change without further notice