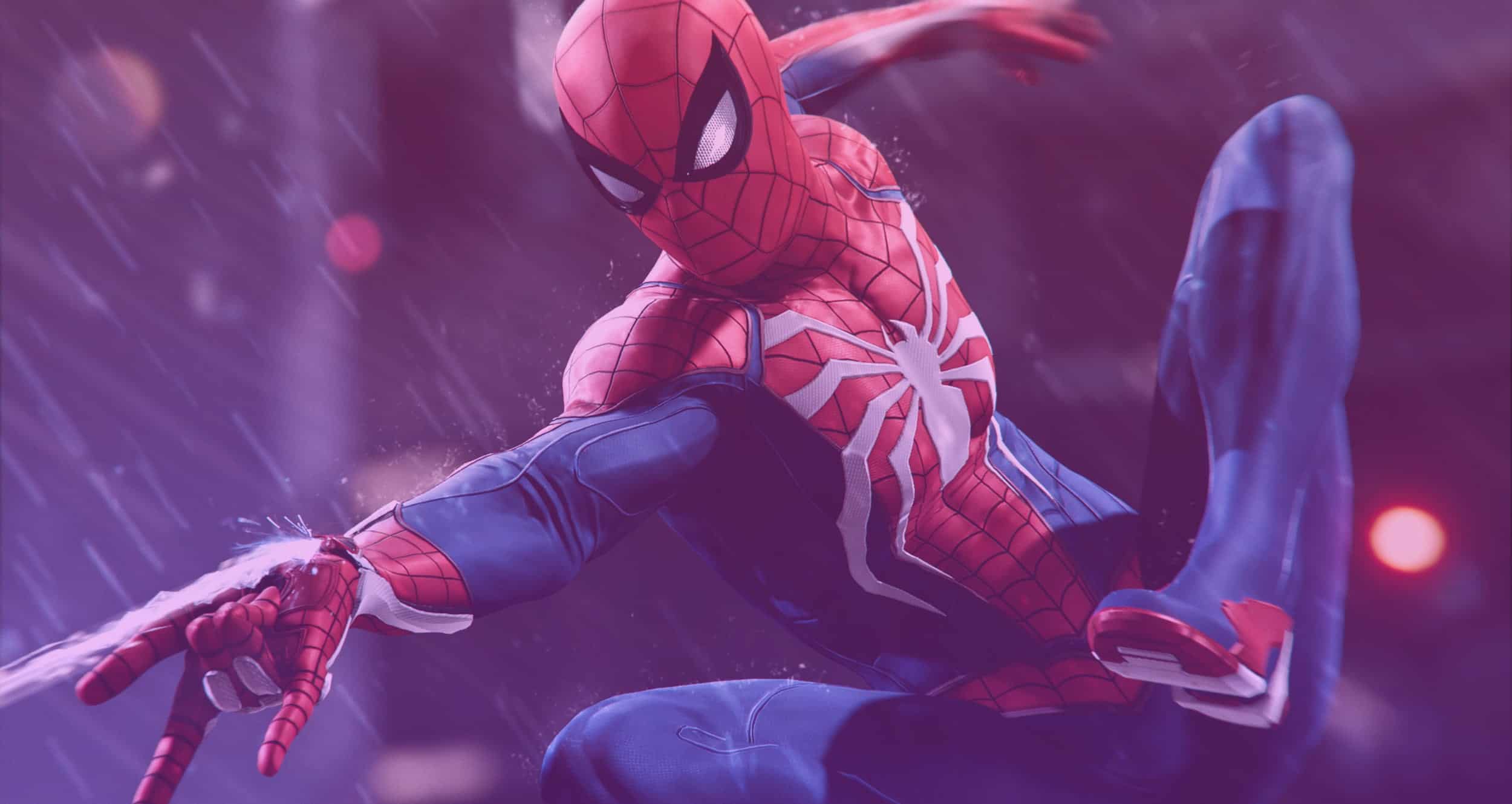 When I think of the Vamers Crew, I realise that there is one thing that both binds and divides us: music. Although we all generally share similar tastes, we also each have our own particular set of musical genres that we prefer. Naturally, this got us thinking: what music would various characters from the geekosphere listen to? Thus Playlist was born.

Marvel’s Spider-Man is a rather new take on the classic wall-crawling do-gooder. It hearkens back to its decade-spanning comic book legacy while mixing things up quite amicably. In this playlist, I will go over ten songs that I am sure Peter Parker would have on his Top Songs playlist on his phone. This is the Marvel’s Spider-Man (2018) Playlist. 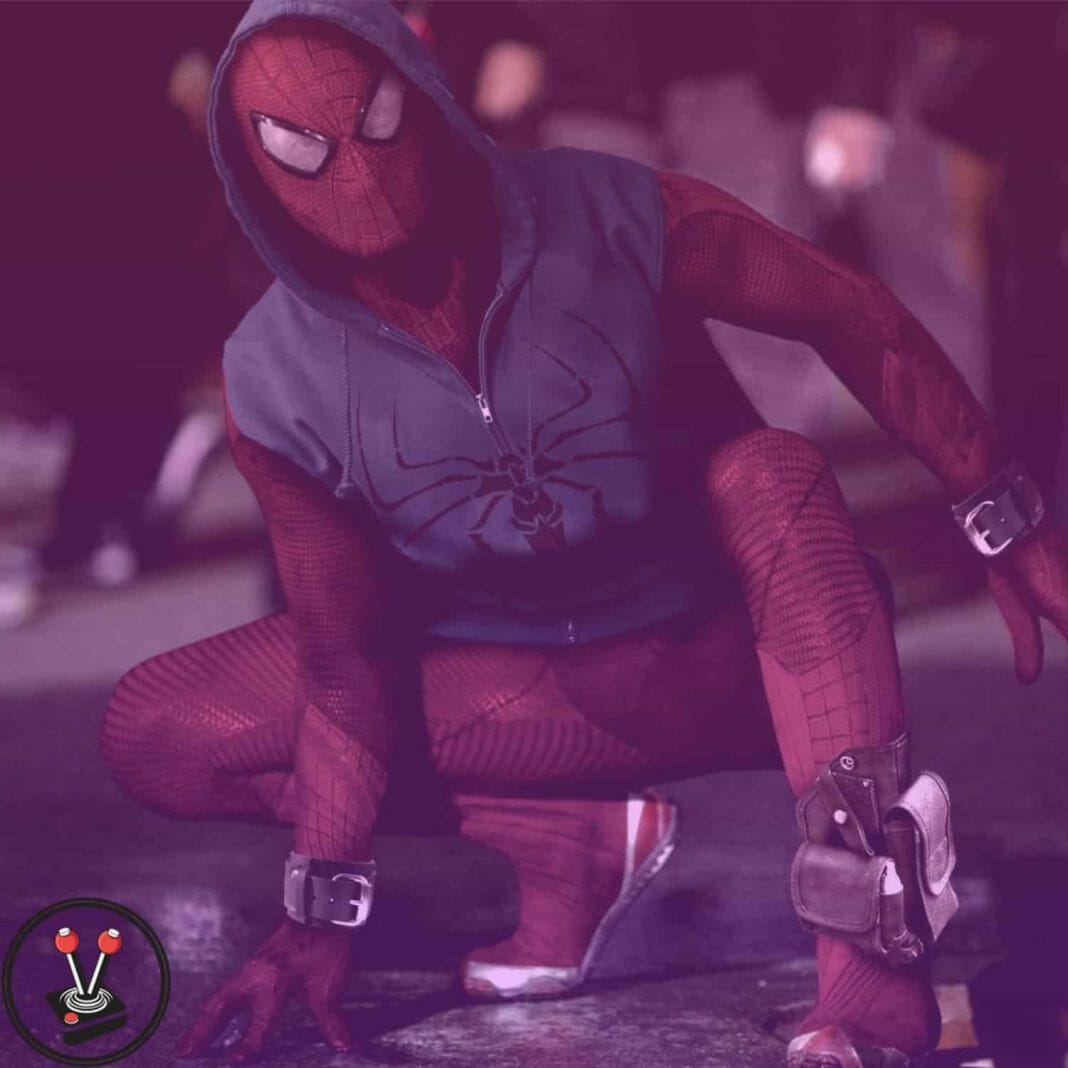 When you think Spider-Man, you immediately think indie, punk-rock, and classic rock. I do, anyway. As such, the songs below are chosen with that in mind. The game takes place in an alternate 2018, with a twenty-something-year-old Peter Parker. This means that I could effectively pull from my own love of certain songs from past eras (and some new) to craft this playlist. I included a few classic songs that are considered ‘no-brainers’ for the character, while also choosing something a bit different. Without further ado, here is the definite Marvel’s Spider-Man (2018) Playlist.

“Hey ho Let’s Go!” Yes, this is obviously one of those ultimate punk-rock songs that you would expect to be on this list, and for good reason: it perfectly encapsulates pretty much every version of Spider-Man, ever. The song borrows its name from the German World War II tactic where German forces would attack an opposing force head-on by use of tanks and heavy infantry together with air and possibly even naval support.

The meaning of the song itself is actually very obscure, as The Ramones never actually disclosed what it meant for them. I, however, think that its upbeat nature reflects Spider-Man perfectly, while the lyrics adequately call him to arms – to fight valiantly for what he believes in and tackles it head-on. A great addition to this Marvel’s Spider-Man (2018) Playlist.

2. Pumped Up Kicks – Foster the People

Pumped Up Kicks is Foster the People’s debut hit. It is the song that made them the indie rock sensation that they are today. Its lyrics suggest that a troubled guy named Robert might be doing some bad deeds, while out on one night, after he has had enough with life.

The lyrics are actually way darker than the song thematically sounds like. However, the mere fact that it is this upbeat, and that the chorus is as catchy as it is, means that I enjoy the song regardless of its actual subject matter. I think Peter Parker also went through the early 2010s loving every aspect of this song. This song not only fits Peter Parker perfectly but also pretty much ages the iconic superhero as a young dude in his mid-to-late twenties.

Noel Gallagher told New Musical Express that the song was written for his then-girlfriend and quickly retconned that when they divorced in 2001. As it stands, the song is “about an imaginary friend who’s gonna come and save you from yourself”. Whatever the case may be, I like to think that Peter had attributed the song to his one true sweetheart: Mary Jane.

From the moment Peter ran into Mary Jane, I thought of this song. Not only does she literally save him during that initial sequence in the game, but the song lyrics also encapsulate how MJ is Peter’s literal Wonderwall. The classic song’s backstory makes it even more fitting for the young couple, considering they also broke it off (leading up to the events of the game). Hence why this is a perfect addition to this  Marvel’s Spider-Man (2018)Playlist .

“Everything that kills me/Makes me feel alive”. Ah yes. A song about making ends meet and paying the bills while also worrying about that one special person and what it would take to get them back? A song about fleeting money and how it affects the things you buy and the stuff you want to buy? Why yes, that is pretty much Peter Parker’s exact thoughts as he crashes into his bed after a long day of fighting crime and forgetting about a dinner date with MJ or Aunt May.

In the game, Peter works for Doctor Otto Octavius. His salary is pretty much non-existent, however, and not long after, becomes literally non-existent. Peter gets evicted from his apartment in the game and has to struggle with the fact that he has no income to speak of. Fortunately, he still has Otto’s lab with the little funding they have to improve his gear, and go out there and be the best man that he can be.

A much more sombre song than any of the ones I have listed so far. 21 Guns is all about what it means to be “patriotic”, and what it means to sacrifice yourself for the greater good. It also references the 21-gun salute, a special military send-off for fallen heroes. It is a beautifully sombre power ballad that I think resonates with Spider-Man on many levels.

Marvel’s Spider-Man features many ups and downs for the Amazing Spider-Man. In a way, he is the ultimate American superhero, fighting for his king and country in the only way he knows how: punching bad guys in the face and webbing them up for the real patriots to collect, the Five-O. There is also a very special scene in the game where Peter essentially reflects and is forced to ask himself whether what he does is still worth doing. Fortunately, he has friends and family that guide him through this darker time.

Adam “Owl City” Young described this song as a song “about bugs and not being able to fall asleep at night”. He might as well have said it is a song about “Spider-Man not sleeping at night because he is out there protecting us”! The song is a synthy upbeat song that conveys an innocent sense of awe and wonders for fireflies.

I like to think that Spider-Man listens to this song while he is roaming about, swinging through the skyscrapers late at night. He would typically listen to this song long after everyone he knows has gone to bed, and during hours he knows are usually quieter than others.

This is yet another song that deals with actions, repercussions, and the slippery slope of responsibility; a core feeling of the overall vibe of this Marvel’s Spider-Man (2018) Playlist. The actual meaning for the song is lost somewhere since Kaleo never really opened up about it. That said, the lyrics do clearly refer to the obstacles one has to contend with on the ever-growing spire that is life.

This is not so much a song that I think Peter would add to his phone himself, more than it is a song I think would perfectly fit into an album *about* him. However, I do think that it is a song someone like Miles Morales would tell him to listen to when they notice he has an off day or two. It is a song that someone at the shelter will turn the old television up for and tell Pete to listen to because it reminds them of him.

8. Stressed Out – Twenty One Pilots

Stressed Out is a wish for the “good old days”, where the singer’s mother could sing his stresses away; when he did not care what people thought about him, and what he had done. The line “my name’s Blurryface and I care what you think” especially resonates with the way in which Spider-Man is a huge public figure, and public opinion pretty much drives the way people think about him.

In Marvel’s Spider-Man, Peter has had an eight-year tenure as the wall-crawler. Throughout the game, you can pick up backpacks that give a tiny bit of backstory. One of those entails a college workbook that had been shot. Spider-Man monologues that the book saved his life back when the police thought he was working with the Vulture. The song adequately expresses simpler times before that… and I like to think that Peter just loves this song.

La Dispute is known for their exceptional fictions – for how they portray scenarios and how poetry interweaves throughout their music, most of which are proper punk songs. Objects in Space revolve around a guy who packs out some of his collected memorabilia from the years. He thinks about it as he packs them out on the floor, and eventually the counter.

The song is about someone moving from one house to another. I like to think that Peter found a relation to this song as he packed up his things from his cubicle at the Daily Bugle, and walked out of the doors for the last time in search of bettering the world at Octavius Industries.

Tenement is a punk rock group who only recently hit my radar. I particularly like them for the incredible inspiration they draw from punk rock classics such as The Ramones and Sex Pistols. Dull Joy is as evident as you are going to get on this, as the simple lyrics call out for everyone to just have a good time, regardless of how appropriate that may seem.

Peter Parker is very much a brilliant mind and a young guy who just wants to find his place in the world. Dull Joy is about just that – someone who wants to have a good time, but who also likes to be out on his own in the city’s streets away from the strangers therein. Being Peter Parker is his dull joy… until he puts on his suit and becomes Spider-Man. 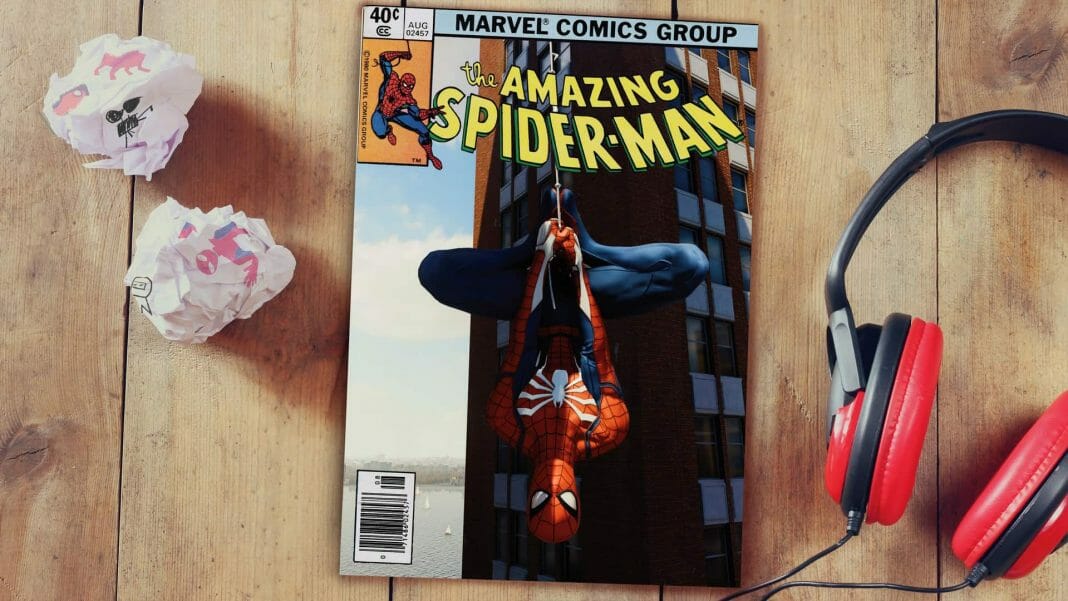 Well, there you have it, folks. All songs listed above are in a neat little YouTube Playlist up top. The songs are all great, and it was actually pretty challenging to come up with this Marvel’s Spider-Man (2018) Playlist – which features ten of the most defining Spider-Man songs!

Do you agree with this Playlist? Heard something you dig yourself, or something that you think should not be on this list? Whatever the case may be, remember to check back for a new list every second week.