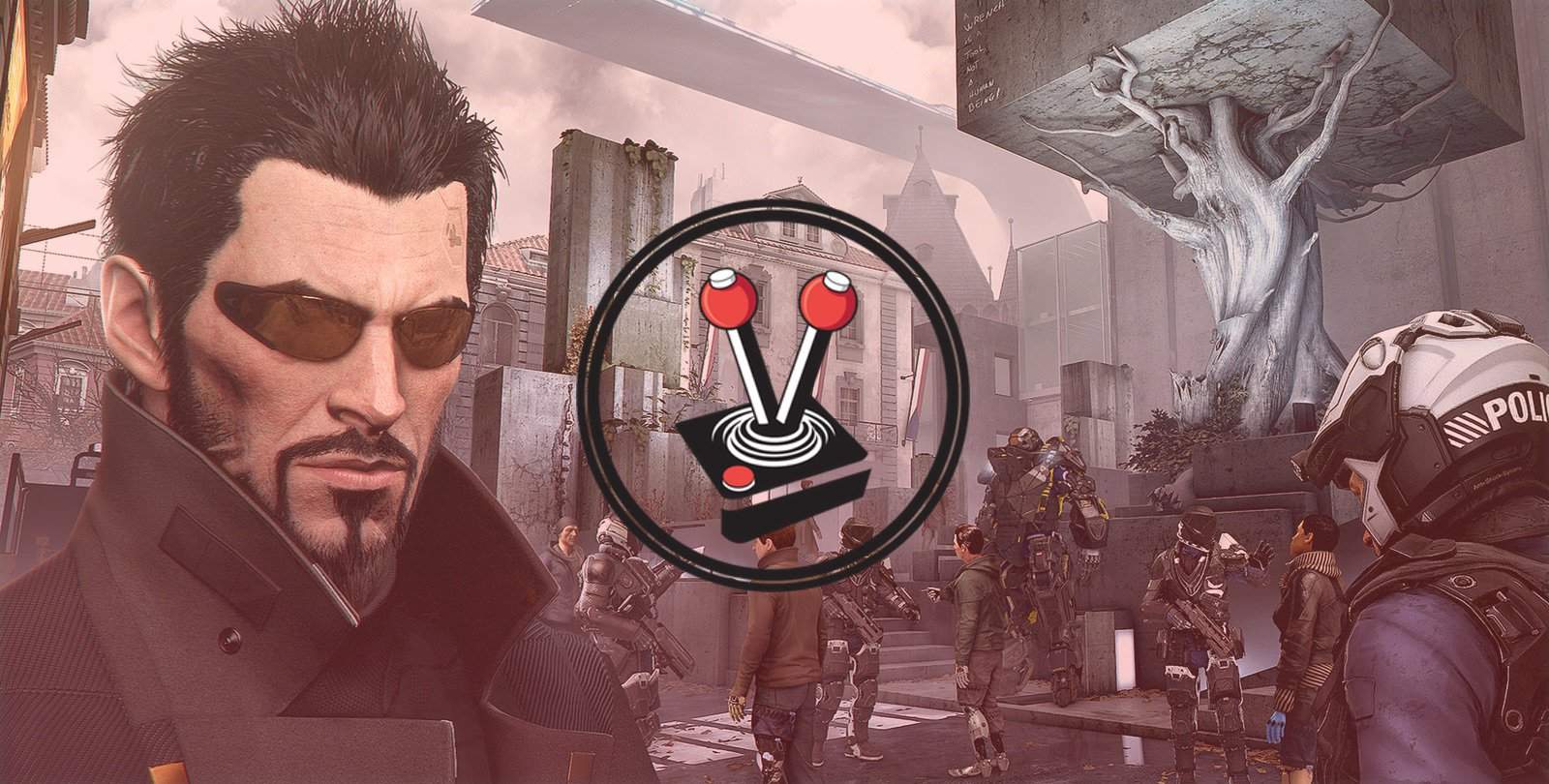 Deus Ex is a franchise steeped in gaming culture. It will forever be remembered for its out-of-this-world ideas and amazing never-before-seen gameplay mechanics. I need not say just how high of a bar Deus Ex: Mankind Divided needed to get over, to be a success. Fortunately, it did. Even if only somewhat.

Deus Ex: Human Revolution released in 2011 to extreme critical acclaim. It rejuvenated the Deus Ex franchise and also gave it a beautiful graphical facelift. It pushed the boundaries of stealth action in a time where the stealthiest of stealth games said “screw it” and treated stealth like it was just another mode that ‘old school fans’ wanted.

Deus Ex: Mankind Divided followed suit, and boy did it manage to follow properly. Mankind Divided improved on everything Human Revolution did well. It cleaned up the user interface, did away with the extreme orange theme in favour of a softer, faded gold; and it even managed to create an engaging story.

Mankind Divided maintains a gripping plot that stretches from one end of an infiltration mission to the other. Adam Jensen, the heavily augmented super-dude from Human Revolution is back to kick terrorist and Illuminati butt. In the years after Human Revolution, Jensen has joined a hacking group to find and destroy the Illuminati. It is via this group that he coined a respectable position in Task Force 29, an anti-terror task force. This is where Mankind Divided picks up.

Where Human Revolution featured multiple hubs and cities, Mankind Divided focuses on one only: Prague. Do not let that fool you, however. Prague is dense, packed with life, optional missions, and is full of things to do.

The campaign does, however, see Jensen visit various locations in and outside of Prague. These are a lot smaller, but just as well crafted as one might expect. Golem City, for instance, is a place you go to only once, but it features its own unique quests and robust experiences to last a good six or seven hours, if not more. To that end, I have to say that the game took me around 35 hours to complete. 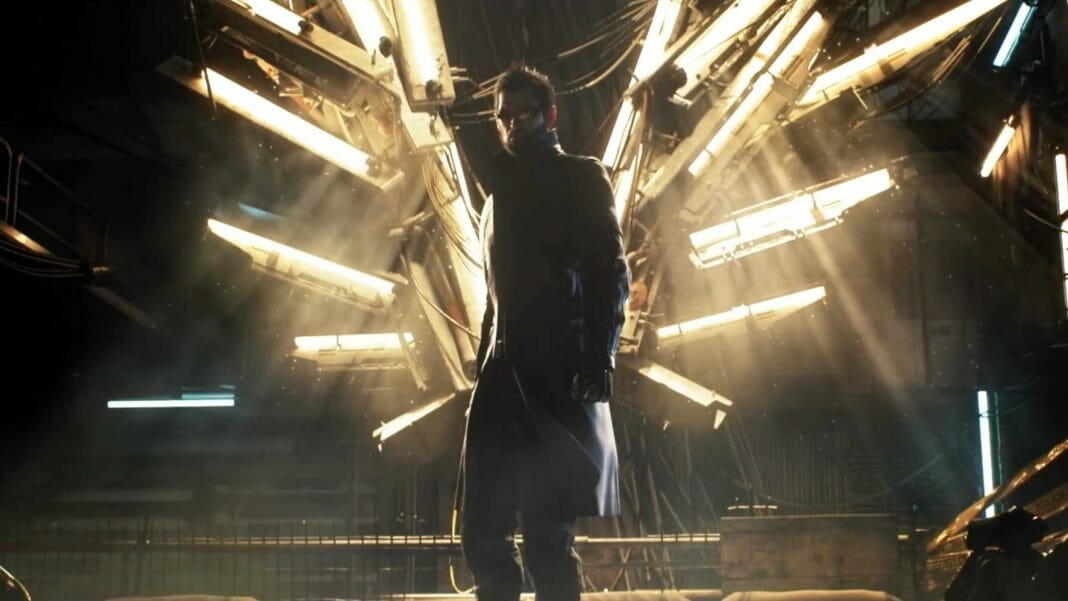 One of Deus Ex: Mankind Divided’s strongest factors is its ability to jump back and forth between linear, and open-ended sandbox gameplay. It often offer up incredibly linear missions without ever feeling like they are, indeed, ‘linear’. That is testament to the ‘sandbox’ ways in which one can tackle each and every mission. Whether you want to hack into everything and sneak by each bad guy or snap their necks, is all up to you. Hell, if you want to go all Rambo and shoot every living thing in the head, that is also an option.

I have played through the campaign twice now, and have been pleasantly surprised with every mission. I keep finding new ways to do stuff or get around certain bad guys. With that said, playing around with Jensen’s vast amount of available augments really does open up entire worlds to explore within missions… even if only figuratively.

Let’s talk about that ending

The following bit spoils a bit on the overall plot of the game. I do not go into details, but I do mention things that may be counted as spoilers. I also do not mention real names, just to be safe. Be warned, eager reader!

The ending is a point of debate for many. For a lot of people, the ending feels like it has no payoff. The game literally ends right after you beat a boss, no choice of ending, no warning to go back, or anything. I have read all over that this is what broke the game — but I simply do not understand why.

From the start of the game, Jensen (by extension, the player) sets out to take down the Illuminati and get to the bottom of a new terrorist cell that seems to target the anti-Aug movement. This is all fine and well. No one has an issue with this. 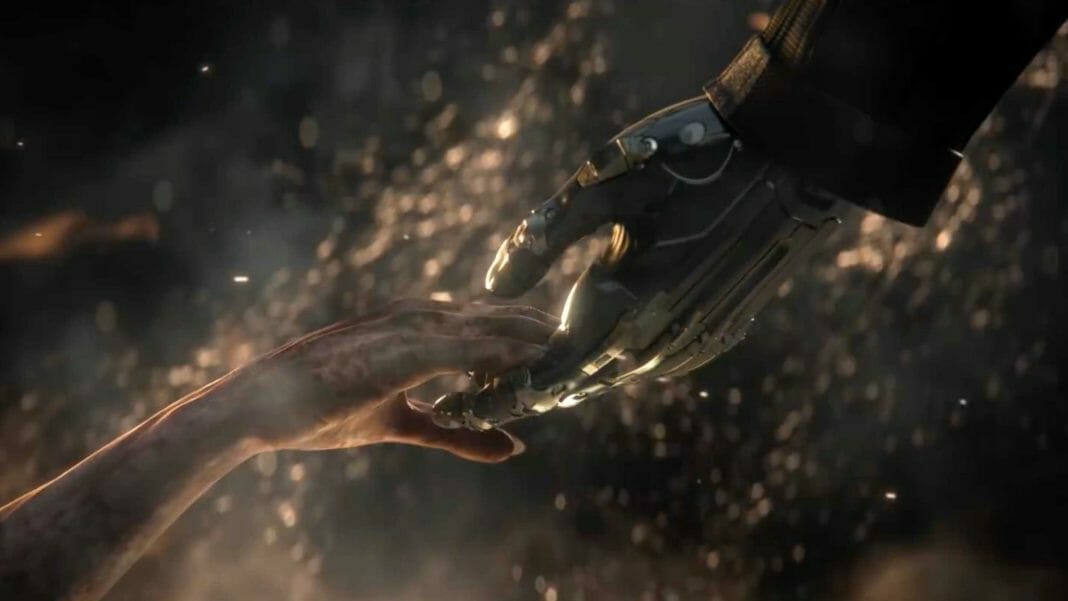 Throughout the game, Jensen unearths a conspiracy led by one crazy augmented dude. This dude (whom we shall call “Mark” from now on), is super smart and very strong. When Jensen first meets Mark, the cutscene portrays him as a brute. Someone strong enough to carry an armed soldier without a problem — the same guy was so heavy that two random lackeys had to carry him afterwards. In this same cut scene, we also get to hear Mark speak. It is immediately obvious that he is the one calling the shots.

From there on out, with Jensen’s newfound knowledge about Mark in mind, the player needs to try to get to the bottom of it all. Flash forward to the inevitable big boss fight at the end, and it is Mark. “No way”!

Whether you defeat Mark by simply shooting him in the head gazillionth time; or whether you sneakily try to knock him out (there is even a much more contrived SUPER sneaky option that bypasses the entire battle), Mark goes down. Immediately after the battle (or conversation) concludes, the game ends.

“But where’s the ending, Edward!? Why is it not a proper send off!?”

Can you truly say that it is not proper? Let me remind you that taking Mark down is Jensen’s one and only goal for at least a third of the entire narrative. Taking down Mark and his group of lackeys are exactly the end the game was meant to have.

Personally, I hated how the ending of the previous game featured a “flavour of the day” kind of thing. I was honestly surprised that so many people basically threatened Bioware with murder for doing exactly the same thing in Mass Effect… but I digress.

The fact of the matter is that Mankind Divided’s ending, as immediate and obvious as it may be, is as fitting as any other part of the game.

Deus Ex: Mankind Divided is a very big step in the best direction possible for the franchise. It improves on every single thing the previous game had going for it, and then some. I may have gone off on a tangent about the ending, but that only attests to how much I loved the game.

The ending aside, Mankind Divided features a story that perfectly fits the world it is injected into. Jensen is a much more real, much more relatable character this time around as well — I particularly liked that little improvement.

The campaign was a challenging, albeit rewarding, experience on the hardest difficulty, and I sincerely recommend not playing the game on its default difficulty.

All in all, Mankind Divided is well worth the money I spent on it, and I would recommend it to anyone and everyone.