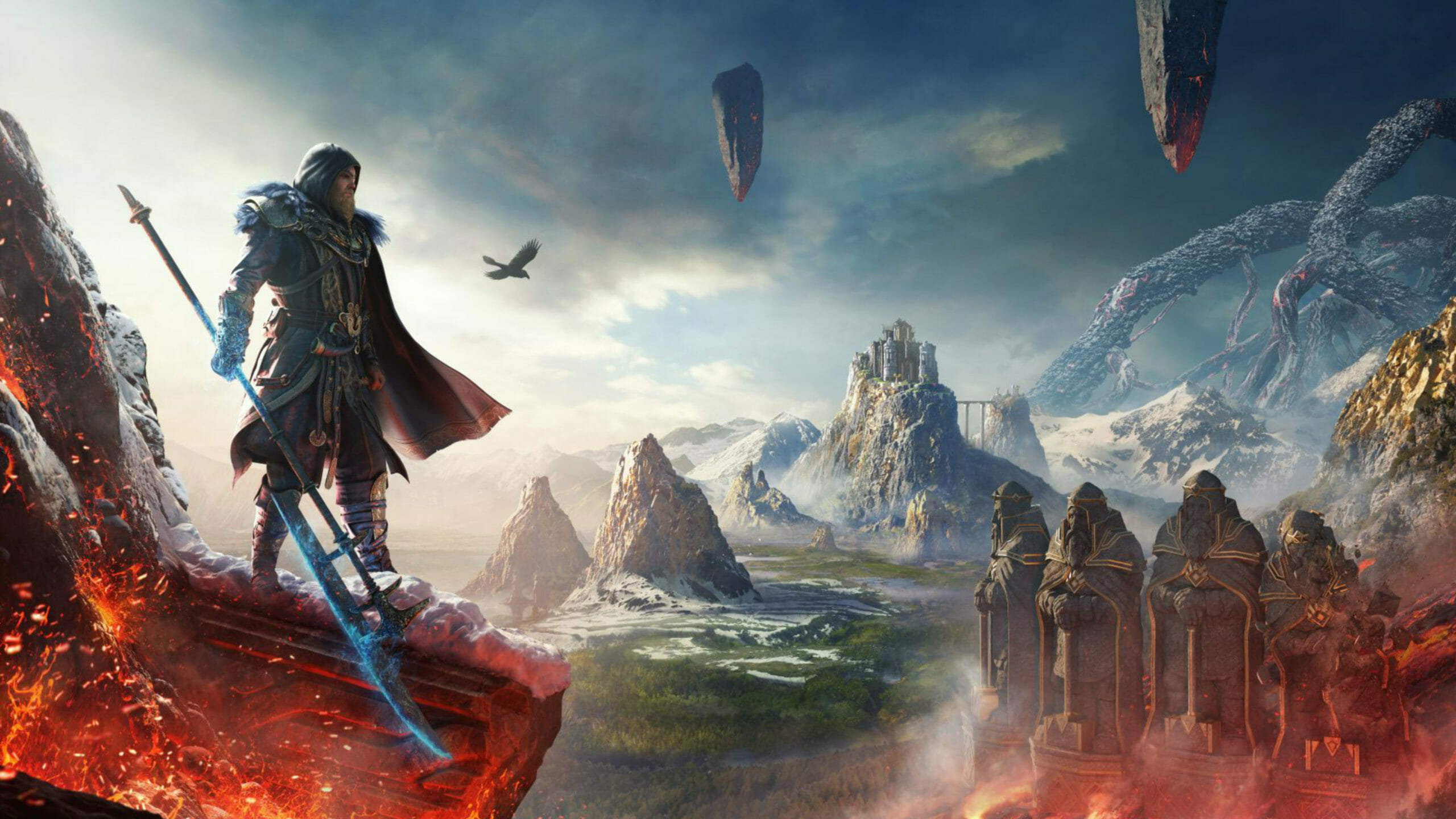 In 2020, Assassin’s Creed and Norse Mythology fans were graced with a chance to step into the dark ages. With Viking warriors and their beloved hallucinogens, a semi-factual representation of Dark Ages game of thrones, and a whole lot of stealth/open world goodness; Assassin’s Creed Valhalla set the standard for modern Ubisoft games above and beyond the Assassin’s Creed franchise. With two downloadable content (DLC) expansions and a season pass already enhancing the core experience, the title now has yet another set of expansion content to look forward to starting with Assassin’s Creed Valhalla: Dawn of Ragnarok.

Ubisoft recently provided press with access to a Dawn of Ragnarok preview and gameplay event, which focusses on the first of these new expansions; one heavily leaning into the fable of ‘the old gods’ – Eivor and their clan’s progenitors. Many fans have rightfully been clamouring for more information on the Isu ever since the ending of Desmond Miles’ trilogy – which blew the lid on that can of worms wide open.

Assassin’s Creed Valhalla gives fans everything they asked for and more, with its story not only telling of kings and queens, but also ancient gods and forerunner rebellions. The game’s primary narrative tells of Eivor and their clansmen’s ties to the very gods they follow. Better still, it went much deeper into the lore than simple surface level genetics would suggest, and its story explored the repercussions of the Vikingr fallout thereof and it is truly brilliant!

With the above in mind, fans who want more of Odin, Loki, Freyja and the other Norse gods can rest easy. The upcoming expansion is going to deal with a heck of a lot of god-stuff, as well as bring brand-new features to the already incredible title. Courtesy of the recent press event, here are several key takeaways fans and players can expect from the Assassin’s Creed Valhalla: Dawn of Ragnarok expansion.

There is no skimming past the fact that players get to visit Asgard in Assassin’s Creed Valhalla. In the game, Eivor has the opportunity to follow an entire saga of godly plotline twists and turns. It is a journey starting in Asgard before eventually taking players to Jotunheimr, small bits of Helheimr, and even tiny teases of Valhalla. It is also largely thanks in large part to Odin’s journey through the Nine Isu realms to find his son, where players will now finally be able to visit the home of the dark elves and dwarves.

Courtesy of the Assassin’s Creed Valhalla: Dawn of Ragnarok preview, players will get to see the incredible brutalist dwarves architecture teased in the main game. Giant, hulking statues paint their shadows over the landscape and massive, grey and gold palaces and castles stand tall ontop of (and in) mountains. The dwarves also have a penchant for beautiful green and blue crystals, which feature in some of their underground shelters.

If there is anything the revitalised open world Assassin’s Creed titles have given players, it is unlimited choice of weapons and armour. While the fancypants spartan spear animations from Odyssey were dialled back a bit, Assassin’s Creed Valhalla gives players a whole new focus on Axes and shields, with a bevvy of special moves for either weapon sets. With that said, players can opt to play with flails, two-handed axes and hammers, and even daggers and bastard swords. Heck, players can even dual-wield shields if they are so inclined!

With the Assassin’s Creed Valhalla: Dawn of Ragnarok preview, it has been revealed how players now have an entirely new weapon type to look out for: The Atgeir – a type of polearm with its own new set of abilities and features. The Atgeir features a brand-new gameplay style with a heavy focus on combining moves to alter the flow of combat. As with all weapon types in the game, the atgeir will come in various shapes and sizes as well, allowing for the fashion wars aspect of the game to reach new and exciting heights.

Throughout Assassin’s Creed Valhalla, players steadily unlock a whole spate of skills and abilities as Eivor slowly grows into the Mad God they are destined to be. Amongst these skills and abilities, Eivor can summon wolves to aid in combat, see the path of arrows and alter them at will, or even strike up the ability to slow down time for a while. Occasionally, however, Eivor presents short bursts of power unlike that of anything man has seen, a power players will be able to explore further in the Dawn of Ragnarok expansion.

Eivor (as Odin) will be able to acquire the power of foes and enemies. Players will literally be able to emulate playing as the Raven god as they swoop into the air in Raven form and assassinate enemies from above; take on the power of Surtr and ignite the ground below enemies; or even swoop through the air and knock enemies out with an icy Jotnar embrace. There are godly powers designed for every playstyle as well, meaning stealthy players will get just as much fun out of it as action-oriented players!

There is no denying how epic the interweaving of Norse god, Isu technology, and the story of man is in the main game. However, Assassin’s Creed Valhalla: Dawn of Ragnarok will see Eivor’s legacy reach brand-new heights (literally) as Odin sets out into Svartfelheimr.

Dawn of Ragnarok takes place almost directly after the events of Assassin’s Creed Valhalla, with Loki imprisoned and Odin seeking new truths about his own legacy after the revelations of Jotunheimr came to light. Ubisoft promises at least 35 hours of gameplay across the rich new story and its accompanying gameplay, searching for the scattered dwarves following a Muspelheimr invasion. The plot starts with the search for Odin’s son, Baldur, but every Assassin’s Creed player already knows this is barely the extent of the narrative. Gamers can also expect to interact with iconic mythological characters such as Simara, Surtr’s wife, and his half-son Glod and many more.

Whether it is a little more Odin, or a complete deep dive into the godly story players have requested, Dawn of Ragnarok is poised to deliver. As the first true post-story content, it is only recommended for players with power levels of 340 or more. With that said, similarly to how both Season Pass DLC were treated, players will be given the opportunity to boost their characters to the appropriate level if Dawn of Ragnarok is all they want to experience.

Nevertheless, it is highly recommended players play [and enjoy] the game from start to finish without any boosts. It is such an incredible experience, not to be missed. With a projected release window of March 2022, players who have finished every facet of the main game can look forward to Assassin’s Creed Valhalla: Dawn of Ragnarok to keep them satiated for some time to come.