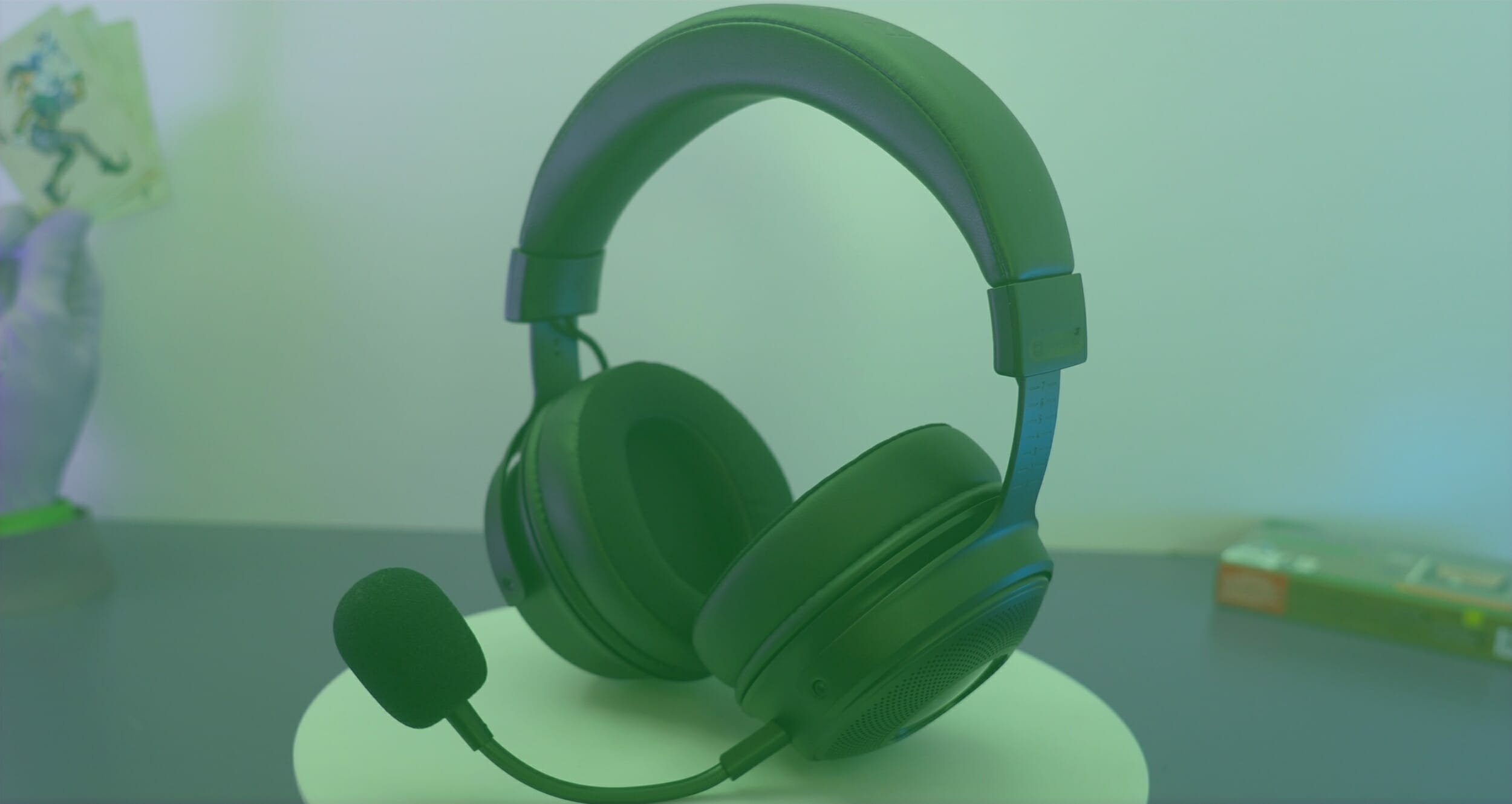 Almost all of Razer’s newer gaming headsets have surpassed expectations, and its newest generation of mid-to-high-end headsets continues this trend. While some can only really be recommended to specific types of gamers, every gamer can rest easy knowing there is a Razer headset out there with their name on it. One such headset is the Razer Kraken V3 HyperSense, which is just as phenomenal on paper as it is in person. Perhaps one of the only caveats of this headset is how it is wired in nature. Well, this is where the Razer Kraken V3 Pro enters the picture: a practically identical headset, but now without wires.

Both the Kraken V3 and V3 Pro headsets share the same functionality-first design, excellent audio quality, next-level comfort, and audio drivers. However, as is customary with Razer’s “Pro” products, they really do include the best-of-the-best technologies. In this case, it means a wholly better mic and fancy-pants new wireless functionality. Like its kin, the headset features outstanding build quality and mesmerising sound, tweaked and certified by THX. The novelty of HyperSense is exactly as advertised too: a [quite frankly] innovative new immersive technology using haptics. When looking at the Pro headset with a little more scrutiny, however, the question of whether it is worth the cost of entry does rear its ugly head.

The Razer Kraken V3 Pro has a suggested retail price of around R3,500 ZAR/$199 USD, placing the unit comfortably at the top of the Razer lineup along with the Kaira Pro. Unlike the Kaira, however, the Kraken V3 Pro does not feature Bluetooth support. Instead, it relies solely on Razer’s proprietary 2.4Ghz wireless technology, or a 3.5mm auxiliary cable. This is somewhat of a catch-22, since it is both more convenient than the Kaira Pro (in that it can connect to just about anything with a USB-C slot or a 3.5mm slot), but also less so in terms of a lack of Razer SmartSwitch dual-mode voodoo. This revelation essentially means the headset is as platform-agnostic as possible, allowing the HyperSense technology to be enjoyed wired or wirelessly for users on Mac and PlayStation, or wired only on Android, iOS, Switch and Xbox.

With that said, being a wireless-first headset, the Razer Kraken V3 Pro offers a battery life of up to 44 hours with all of the bells and whistles disabled, and up to 11 hours with everything turned to the max. Considering the ultra buff boy battery featured in the Kaira Pro (50+ hours), the average performance in this regard is rather meagre. With that said, the headset did manage to keep the entertainment going for a good day or two before needing a charge. While not stellar, users who pop the cable in for a quick thirty minutes or so when they go and grab a coffee will never perceive the battery is an issue.

Another key difference between the Razer Kraken V3 Pro and its normal counterpart comes by way of increased number of buttons on the earcups. As usual, the left earcup holds the majority of the controls and connections. This includes a volume rocker, the mic mute button, a USB-C charging port, and the slot for the detachable mic. What is new on the left earcup is a power button, and a 3.5mm port. There is a HyperSense button on the right earcup allowing users to flip between various degrees of haptics – with auditory ‘beeps’ to indicate levels. Other than this, the headset features an RGB ring on the back of each earcup, thick and comfortable circular leatherette earpads, and a soft cushion spanning the entirety of the headband.

Razer has always delivered mics that are passable at worst, and pretty dang decent at best. The Razer Kraken V3 Pro falls in the latter thanks to Razer’s proprietary Razer HyperClear supercardioid mic technology. While there will always be some bleed-through, it does a stellar job of controlling what the party hears on the other end of the line whilst keeping voices clear of white noise and fogginess.

The Razer Kraken V3 Pro ultimately improves on what the Kraken V3 HyperSense brought to the table, without really managing to make waves amongst its fellow “Pro” brethren. When it comes down to the nitty gritty, however, the wireless nature is nice-to-have, but also not quite necessary. Using it as intended, with all features out of the box will drain the battery fairly quickly, while connecting to any device not compatible with the wireless dongle still requires a cable. The age old “if it ain’t broke, don’t fix it” mantra is also very much a reality with this headset, as users who are familiar with any previous Kraken will feel right at home with the V3 Pro. It is good — great, even — but it simply does not provide enough over the already excellent Kraken V3 Hypersense. Although the Razer Kraken V3 Pro may look and feel like the perfect upgrade, gamers looking for ‘more’ may be better off with the Kaira Pro.