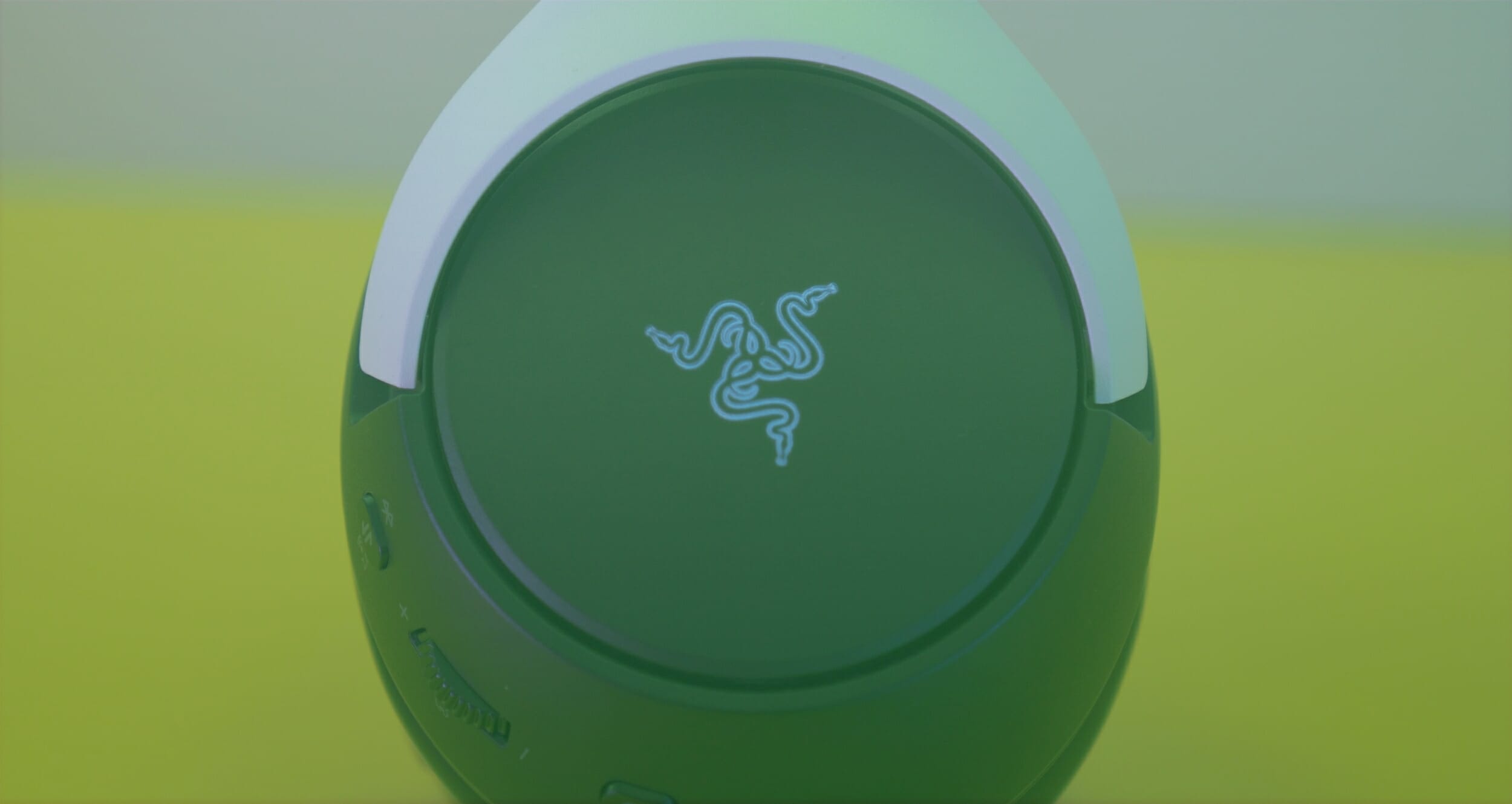 Peripheral options are a dime a dozen for gamers, regardless of platform or generation. Therefore, it stands to reason manufacturers need to up the ante every once in a while. The Razer Kaira Pro does exactly this by delivering phenomenal sound quality and a bevy of useful features alongside top-notch build quality and design. It also serves as a poignant reminder of how gaming peripherals need not always be gaudy and fanciful. Of course, it is not perfect and does have a limitation to two – namely the lack of support for the PlayStation 5. Thankfully, the Razer Kaira Pro for PS5 masterfully brings the exceptional headset to a brand-new gaming platform, and still manages to innovate, albeit slightly, to keep things fresh.

While not exactly awe-inspiring, there is something to be said about how good-looking the white and black colour scheme looks on the already great design taken from the Xbox version. The Kaira Pro perfectly embodies Razer’s dedication to form and function, and it absolutely hits it out of the ballpark. Like its Xbox sibling, the Kaira Pro for PS5 seems to feature a small profile. However, its ear cups are deceiving in how deep they actually go and how comfortable they truly are. The plastic body is broken up by thin silver metal strips on each side, and the black earcups, earpads, and headband cushioning beautifully contrasts the white body.

The stylish aesthetic also features some subtle RGB support, whereby each of the ear cups features a Razer logo poised to fill any chromatic requirement. The Razer Chroma technology within can be changed to any combination of colours users may want, or even be turned off completely [not only doubling down on the style factor, but also saving precious battery in the process]. Inside the cups, and running through up into the headband, are two aluminium rods allowing for tiny adjustments to the overall length of the headband. Rather uniquely, it is recommended to “stretch” the Razer Kaira Pro for PS5 ever so slightly before use. While it is not elaborated on any further in the manual, the assumption is it helps to lighten the overall clamping force of the product. Less force, however, also means less passive sound isolation, which the headset does amicably to begin with. Naturally, a comfortable, yet dense ear pad also helps in this regard, and the Kaira Pro’s leatherette pads absolutely deliver.

As with its black and green counterpart, the Razer Kaira Pro for PS5 features a number of controls on both of its cups. As usual, the controls on the left include the power button and volume rocker, as well as a mute switch for the removable mic (which connects on the same side). The right earcup, on the other hand, features a sidetone rocker and what the manufacturer calls Razer SmartSwitch. Razer SmartSwitch is really nothing more than an exclusive toggle between Razer’s wireless 2.4Ghz band, and the headset’s built-in low latency Bluetooth 4.0. In essence, it lets users choose whether they want to play on their consoles, or use the headset with Bluetooth-capable devices. However, the toggle also comes with the additional functionality of allowing users to quickly answer calls during gameplay as opposed to switching devices completely. It can do this by being actively set to wireless mode, and connected to a PlayStation 5, while also being connected to a bluetooth device.

It is worth noting how the included USB-C dongle allows the headset work on many more products versus what is advertised on the box [the Nintendo Switch being one such product]. When plugged in, the headset just works, with decent audio throughput and delivery (including haptics) on every game tested. This makes the dongle all the more useful than one might think, and removes the need to use Bluetooth to connect to everything else.

Dingle aside, connecting to certain Bluetooth devices might still be necessary. Since the USB-C connection still does nothing more than charge the battery, users will have to use the proprietary Razer Mobile, and Razer Chroma apps to adjust RGB, set audio profiles, and toggle additional functions like Do Not Disturb and Razer Smart Link (which lets the device switch between active Bluetooth devices previously paired with the headset, in a seamless manner). Using the apps are not essential either, which means users can freely make use of the headset without ever being privy of the apps.

Whether players tweak the equaliser is completely up to them, as well. All Razer products tend to have warm sound signatures, and this is true of the Razier Kaira Pro for PS5 as well. Its frequency response emphasised mids and smooth highs, but the lows are quite stark. This means the headset loves to exude its bass and is not afraid of making anyone nearby the user aware of this fact. This is due in large part to the newly added Razer HyperSense technology — a first for the Razer Kaira range — whereby the haptics within the earcups rely on way more sensitive bass response in order to move the 50mm drivers accurately without compromising the sound quality.

Sound quality is unsurpassed compared to other gaming peripheral manufacturers. While the headset outputs in stereo on PC (though Windows Sonic can be used), the sound stage is well done and accurate. Listening to media on a bluetooth device sounds cinematic, while taking calls are passable. Where the headset shines, however, is in its sound quality on the PlayStation 5. The Razer Kaira Pro for PS5 supports PS5 3D Audio, and performs incredibly well with it turned on. Titles like Spider-Man: Miles Morales, God of War, and Final Fantasy VII Remake sound incredible with all-round immersion. In all, the headset serves uncompromising sound quality. Where it does end up merely filling its dues, however, is in the mic quality.

Razer’s HyperClear Supercardioid technology sounds like an earful, but ultimately comes down to plugging the mic in and toggling the button to speak. The fancy technology clears the signal and does a lot to remove plosives the pop filter does not catch. While voices are delivered clearly and distinctly enough, the mic seems to suffer from a lack of power. Simply put, voice clarity comes through a bit softer than should, and compression can be heard at higher volumes. Even so, it still sounds leagues better than competing headsets, and is more than enough for most folks who do not mind using gaming headsets to communicate.

Running all of the bells and whistles on the Razer Kaira Pro for PS5 means the headset required a sturdy battery. Razer claims the headset will last around 20 hours with all of its features turned to the max, and more than double that with everything turned off. While it is a challenge to accurately say exactly how long the battery lasted, it can be mentioned how, with a week of solid RGB (set to purple), and medium haptics, it only needed to be charged once. For reference, play sessions last about two hours, with an additional hour or two of media consumption on top of that every night. In short, Razer’s claims are pretty much spot-on.

The Razer Kaira Pro for PS5 has a lot going for it, and more than justifies the suggested retail price point of R3500 ZAR/$199 USD. It has beastly battery performance, outstanding sound quality, and fancy new immersive features; all packed in a stylish black and white package. It definitely helps how the headset also fits the PlayStation 5‘s design to a tee. Moreso, however, is how the headset seems tailor-made for Sony fans, and yet does feature some decent multi platform capabilities. Perhaps the only apparent qualms are how the Xbox version seems to have received the shorter end of the Kaira stick.