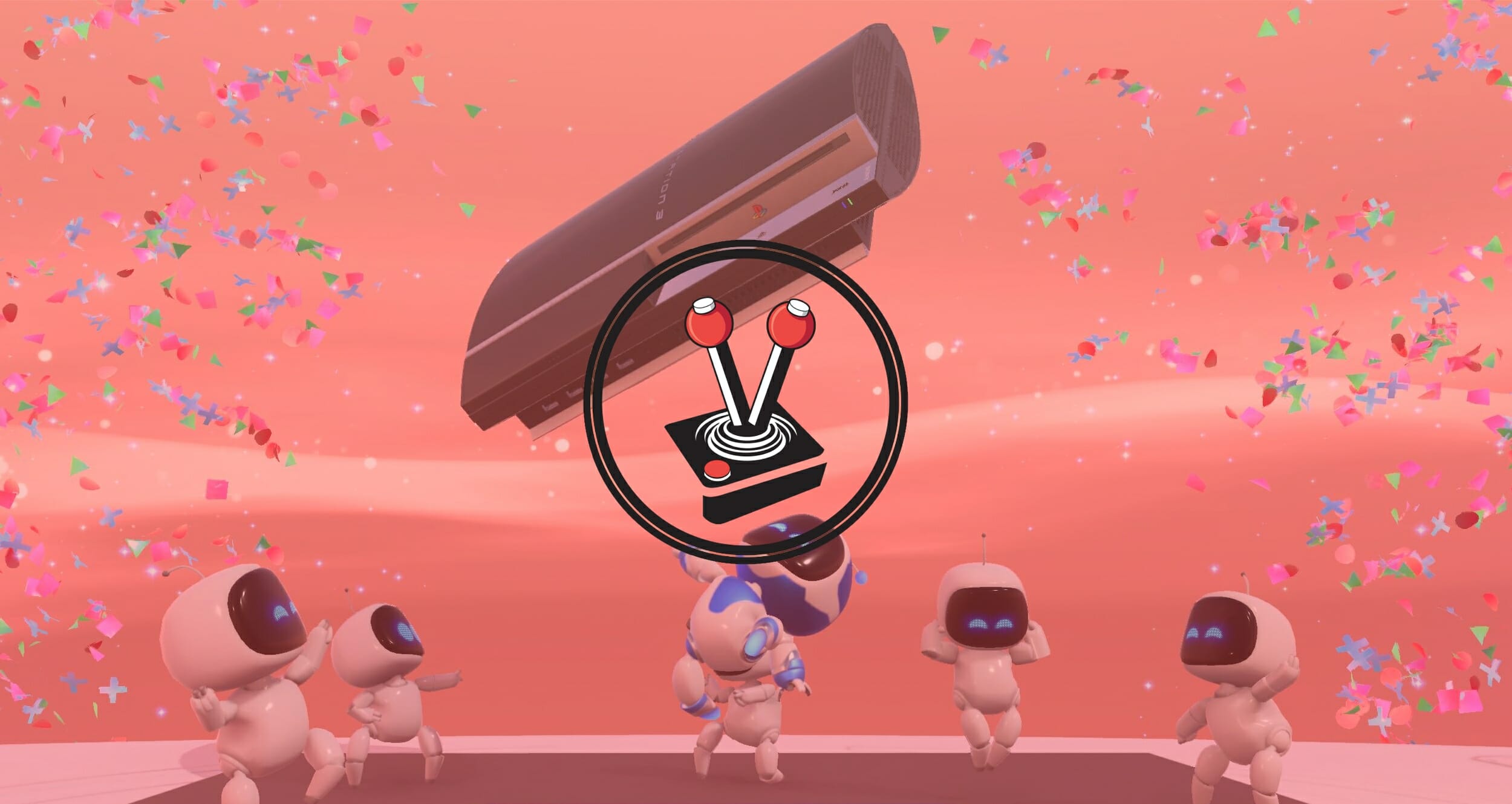 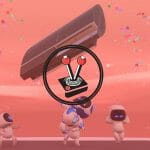 Much can be said for pre-installed software and, for the most part, it is usually a negative experience. Bloatware, for all intents and purposes, is a major issue for many new Windows computers and mobile phones from companies like Samsung and Huawei. Thankfully, gaming consoles have mostly forgone this trend. However, that all changed with the PlayStation 4 and the introduction of Playroom – a unique virtual space to showcase the Dual Shock 4 controller and PlayStation Camera. The software came pre-loaded with the PlayStation 4, despite only being fully functional with the PlayStation Camera add-on accessory. It was also not very good, being nothing more than a glorified tech demo. Fast forward a decade, and that initial demo has spawned off a loving new franchise with the excellent Astro Bot Rescue Mission and now, for all PlayStation 5 owners, Astro’s Playroom.

Astro’s Playroom is developed by Sony Interactive Entertainment’s Japan Studio. This is the same studio that helped to develop classics such as Knack, Shadow of the Colossus, Locoroco and more. As such, they have a deep platforming heritage and familiarity with the PlayStation brand. In fact, Japan Studio crafted the ingenious Ape Escape back in 1999 – the first game developed to specifically take advantage of the PlayStation’s Dual Shock controller. It is also the same studio that crafted the rather excellent Astro Bot Rescue Mission, to showcase the unique possibilities of PlayStation VR. As such, it makes complete sense for this accomplished studio to return once more for the debut of the PlayStation 5. The result is Astro’s Playroom, a title crafted to take advantage of and showcase everything Sony’s latest console is capable of.

In contrast to Astro Bot Rescue Mission, Astro’s Playroom has no narrative to speak of. Ordinarily, this may count as a negative for a platforming title. However, it is clear how Astro’s Playroom is meant to be a showcase of the capabilities of the PlayStation 5 versus offering gamers a narrative to sink into. In this sense the title places a focus on exploration and discovery, and in so doing provides one of the absolute best pieces of fan service for PlayStation gamers to enter the new generation of gaming.

Unlike previous entries in the Astro Bot franchise, Astro’s Playroom has been completely, both figuratively and literally, designed around the PlayStation 5 system. In so doing, the game features locations based on next generation hardware in the form of four unique worlds: GPU Jungle, Cooling Springs, SSD Speedway, and Memory Meadow. Better still, each world has several levels dedicated to past hardware. Therefore, each location is wonderfully detailed, different, and memorable; with thoughtful embellishments like having the original PlayStation grey as the colour for the cliffs in Memory Meadow, through to super catchy jingles and songs based on the hardware unique to each level and world. Consequently, the charm in this title is off the charts, and lends itself to a truly one-of-a-kind experience for both old and newer PlayStation gamers (the nostalgia trip is easily one of the best available on any console, never mind just PlayStation). There are also two extra locations in the form of Network Speed Run (for time trials) and my absolute and personal favourite, PlayStation Labo – an area dedicated to incredibly detailed renders of all of the collectibles featured in the game.

Right from the start, it is clear how Astro’s Playroom is a letter of love to PlayStation gamers who have stuck by the brand’s side since its 1994 debut. Every nook and cranny in the title provides hints, glimpses and Easter eggs of PlayStation’s lauded history. In addition to unique levels dedicated to legacy hardware within each of the gorgeous worlds, there are also clever, quirky and downright magical discoveries for older PlayStation gamers to enjoy. From superbly animated moments where Astro whips out a PS Vita as he waits for you to make your next move, through to the discovery of outstandingly detailed and fully 3D rendered pieces of PlayStation memorabilia and hardware (like the UMD, demo discs, PS3 console and so much more); and even finding throwbacks to titles like God of War, Tomb Raider, Resident Evil, The Last of Us, among many others; Astro’s Playroom does what no other launch title can: it offers satisfying gameplay mixed with rewarding discovery, all wrapped up in a bow of incredible nostalgia.

Astro’s Playroom is a beautiful title. Although it might not push the boundaries of what the PlayStation 5 is undoubtedly capable of, it does offer a sublime Pixar-esque feel to its world and characters. There are a myriad of graphical embellishments throughout the worlds, from an over use of particle effects through to volumetric fog; the title offers a delicious taste of what games can expect from the system. Most notably is the almost complete lack of loading times in the title. From the main menu through to each of the levels and back again, there is not a single loading screen in sight – and here is hoping this becomes the norm going forward. Visuals and nostalgia aside, the coup de’etat of Astro’s Playroom is the way the title exploits the brand new Dual Sense controller.

Without a doubt, the best part of the PlayStation 5 system is the all new Dual Sense controller – a device that really needs to be felt to be understood. With a completely reworked haptic feedback system and brand new adaptive triggers; it offers a sensory experience unlike any controller that may have come before it. With this in mind, it is clear Sony Interactive Entertainment’s Japan Studio‘s primary goal was to showcase everything this new controller can do; and they have done so with aplomb.

Astro’s Playroom is the first, and at least right now, definitive title for showcasing the Dual Sense controller’s new capabilities. In many ways, the haptic feedback of the controller is eerily similar to the Rumble HD present on the Nintendo Switch’s JoyCon controllers. So anyone who has tried a Switch will know what to expect here. In this sense, when Astro jumps into water the controller will vibrate in the way a ‘splash’ would feel. The same is true for when Astro walks across different surfaces, with metal, sand and grass all feeling distinctly different. The many different haptic vibrations lend a form of fidelity not yet seen on other devices, whether being buffeted by wind with a vibration moving from one palm to another through to the intricate slices on ice made from ice-skates – each effect is pushed to rather enjoyable limits. Elevating these intricate and subtle feelings further is the true innovation of the Dual Sense: adaptive triggers.

Unlike any other controller on the market, the triggers of the Dual Sense offer true force feedback. A feature that will, hopefully, become a defining characteristic in the generation going forward. In this sense Astro’s Playroom offers a myriad of set-pieces to show off how unique and novel these triggers can be; with the game’s frog suit being one of the best examples of the new technology. With the frog suit equipped, players are forced to use a combination of the Dual Sense‘s gyroscopic and adaptive triggers to move around the level. It is here where the triggers take on a spring like quality, whereby the Dual Sense uses a mix of haptic feedback and the adaptive properties of the triggers to offer a feeling that genuinely resembles a spring being coiled the harder the triggers are squeezed. The sensation is remarkable and quickly illustrates just how fantastic the Dual Sense can be.

There are many other great examples in the game showcasing the Dual Sense; like how walking on metal feels different to glass, ice or sand, with the built-in speaker further emphasising the effect; or how the triggers forcibly fight back with each shot fired when using the soft-ball Gatling gun; through to the explosive force of rockets as Astro manoeuvres around in a rocket suit; or even the monkey suit where you have to use the gyroscope and triggers again to grab onto rocks and climb – with the feel of the grab changing depending on the rock or pole being grabbed; and how putting on suits requires full use of the touchpad to zip up Astro with the haptic feedback making the controller feel like an actual zipper. There are so many more examples; it really is incredible just how great it all feels. Of course, whether the Dual Sense becomes the innovation Sony hopes it will be, or if it will be relegated to a fun, but ultimately forgettable memory like the Nintendo Switch’s HD Rumble, remains to be seen. From this point onwards, it will be up to developers to make full use of the controllers many features, and here’s hoping they do.

Astro’s Playroom is a wonderful first romp into everything seemingly possible with the PlayStation 5. Serving as both a technological showcase of the system as well as a beautiful and nostalgic trip down memory lane for the PlayStation brand; it is clear the game was created with passion. Although it might completely skimp on narrative, it more than makes up for it in the sheer amount of unique gameplay to show-off the Dual Sense and the wondrous sense of luring players to discover and explore the vivid and delightful worlds on offer. In many ways, it feels like a product of a bygone era. A piece of software specifically built to showcase new hardware. However, this beautiful bundling of software and hardware to offer an experience unavailable on any other platform is ultimately what makes the game so incredible good, and why it will be remembered as a ‘must play’ title for years to come.