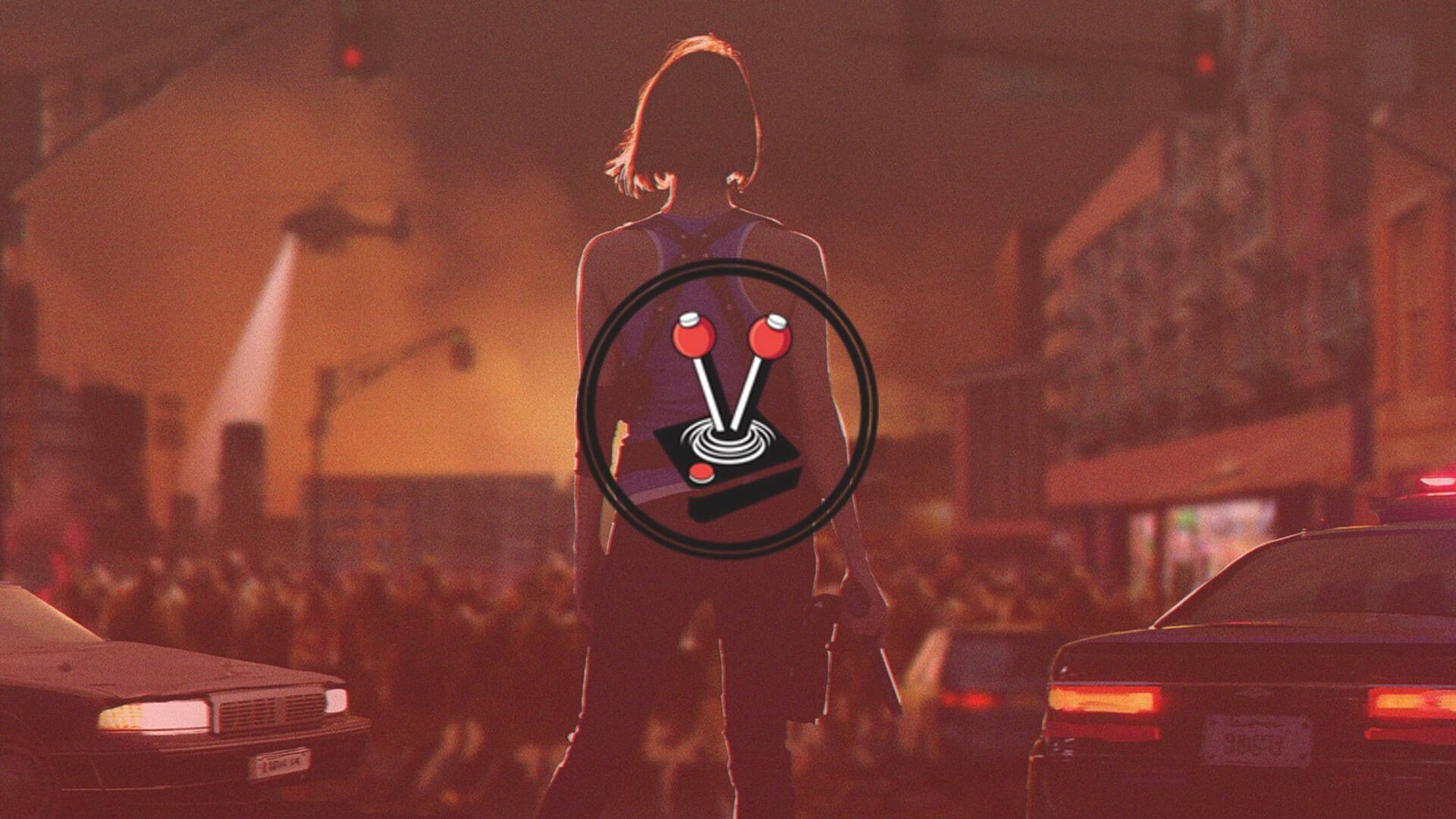 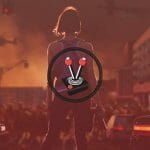 Resident Evil 7: Biohazard is a great game. Although different from the original games that inspired the franchise (more creepy and scary than just about zombies) it still fits well within the universe of the games. It also served as a wonderful departure for Capcom, especially in terms of technologies used to create the game. This inspired the studio to go back to their roots and completely remaster the classic games for a new generation of gamers. The sudden onset of Resident Evil remakes has been superb. More so because the games have been completely remade from the ground up, versus being lazily ported ‘remasters’. The remakes for Resident Evil and Resident Evil 2 are excellent reimagining of the classics, with brand-new visuals, assets and more. Given the success of the first two remasters, it makes sense for Capcom to produce a Resident Evil 3 Remake.

Remaking a PlayStation 1 title must be challenging. How do you keep a game nice and fresh with the gameplay features you have introduced in your newer titles, but also bring back the charm and greatness from the original games? That is a question I cannot answer, but I can point you in the right direction. Capcom’s recent Resident Evil 2 Remake was incredible in this regard. In the same vein, Resident Evil 3 Remake is a brand-new reimagining of the 1991 title. Unlike Resident Evil 2, however, Capcom did not manage to get rid of one or two fundamental problems present in the original version of the game. The result is an incredibly fun sequel that looks great and plays just as well, with inherent problems that so many remasters often have.

The Resident Evil 3 Remake largely follows the same story structure from the 1991 original. To the uninitiated, it is a very odd follow-up to Resident Evil 2 because it actually takes place before the second game in the series. In Resident Evil 3 you see the return of Jill Valentine, and join her as she experiences the T-Virus spread throughout Racoon City. You also get to meet all her friends and witness first-hand the downfall of the city — all while investigating the T-Virus incident and being hounded by Nemesis, a genetically engineered giant with one purpose: to kill Jill Valentine.

While this is a very faithful reproduction, the story in Resident Evil 3 Remake is somewhat different to the original. There are many janky bits cut from the game completely, while others have been refined. The result is a much more streamlined version of the original game, with all of the bells and whistles a new game has to offer. Granted, Resident Evil 3 is renowned for being the game that started the action trend in the franchise. As such, Capcom decided to stick with their guns on this one. From the onset, you are tossed into a world teeming with zombies to shoot and collapsing buildings and boulders to dodge.

To be fair, those of us who played Resident Evil 7: Biohazard, and then followed it up with Resident Evil 2 Remake, will barely notice a difference. Truthfully, this action-packed change is quite subtle, but it is there. Resident Evil 3 featured many action-packed scenes that would never have made their way into the likes of Resident Evil 2. It truly was a turning point in the franchise.

Despite sticking to their guns, Capcom has managed to tread a fine line between scary storytelling and action. The Resident Evil 3 Remake still features the same action sequences you would not see in the Resident Evil 2 Remake, but delivers them in a much more Resident Evil 2 Remake way. Other than this, there are a few fundamental issues from the original title that still show face this time around. The most egregious being that there are simply not a lot of memorable moments or important plot developments in the third game. Given how the title was remade, and not remastered, it feels like a missed opportunity for Capcom to inject some additional ‘pizazz’ into the title’s narrative.

The lack of memorable story segments aside, I thoroughly enjoyed all my encounters with Nemesis. I also really like Jill Valentine’s redesign. The soldiers you meet quite early into the game are back this time around too, with a fair few visual changes as well. Carlos, one of the few characters you will be able to play as, also had his segments reimagined to be more streamlined. While having more than one protagonist is always nice, these brief moments are nothing more than simple run-and-gun segments. It is also moments like these that help make it seem like this is an overall inferior title compared to the Resident Evil 2 Remake, which had two huge campaigns for two playable characters, with two different branching stories each. The original Resident Evil 3 did not have two protagonists, so why should its remake? I feel Capcom could have taken this opportunity to flesh out Jill a bit more. Alas, they did not.

The strange and unfulfilling addition of Carlos to the narrative, and the lack of fleshing out Jill further, makes the Resident Evil 3 Remake feel extremely short. Especially for anyone who enjoyed the Resident Evil 2 Remake with its two protagonists and their individual narratives. With that said, it feels even shorter than it rightfully should be! I appreciate the hard work that went into refining the game into the smooth narrative that it now features. However, all of the cutting and streamlining resulted in a game that might be completed faster than most Call of Duty titles.

Although short, the narrative is engaging and fun to play through. In fact, it makes you want to pick up and play the game again. While my issues with the Resident Evil 3 Remake‘s narrative elements may come off as strong, I honestly did love every moment of the game. These included the puzzles and back-and-forth the franchise is known for – gameplay I never got into in my youth.

In terms of gameplay, I do not have much to complain about — or talk about. Resident Evil is a franchise known for its real-time puzzles and scary hallway encounters. Those featured in the Resident Evil 3 Remake are great and typical of what is expected from the series. Running through the hallways in the police station is always a tense experience, especially when turning corners or near windows. Similarly puzzles are just as frustrating and hair-raising as in any other Resident Evil game, which is great.

Complementing the great gameplay are marvellous visuals. From shooting zombies in the face to escaping a burning and crumbling building, all while Nemesis pursues you, is a visual treat. Exploring and taking it slow, when the game allows you to breathe a little bit, is just as appreciated and really shows off the game’s remade assets. The gorgeous environments are accompanied by some very well made character models. Jill Valentine has obviously received a fresh new redesign, and it is one I personally really like. Nemesis has also been redesigned, along with all of the other characters. While I think Nemesis looks a bit too video-gamey compared to the realistic approach Resident Evil has always strived for, he does look leagues better than Mr X. Nemesis is truly menacing and actually quite gross when he comes face-to-face with Jill. I love it.

It is clear that Capcom put a lot of work into the Resident Evil 3 Remake. With that said, the title is not as well thought out as the excellent Resident Evil 2 Remake. I think the issue here is pretty much exactly what it was thirty years ago: Resident Evil 3 simply could not live up to the exceptional title that was Resident Evil 2. Similarly, Resident Evil 3 has a weaker base to work up from. What Capcom managed to achieve for this remake, however, is still a game that I thoroughly enjoyed, regardless of how quickly it can be finished and how little the game did to fix the original title’s flaws.

Resident Evil 3 Remake is a great game. It looks phenomenal, has incredible real-time puzzles, and spectacularly creates an eerie feel to every traversed hallway. Jill is also real badass and very much a worthy competitor for Nemesis. The game may be short and feature only a few memorable moments when compared to the previous remake, but it remains an incredibly fun romp into the everyday struggles of Racoon City… one which I desperately want to play again.