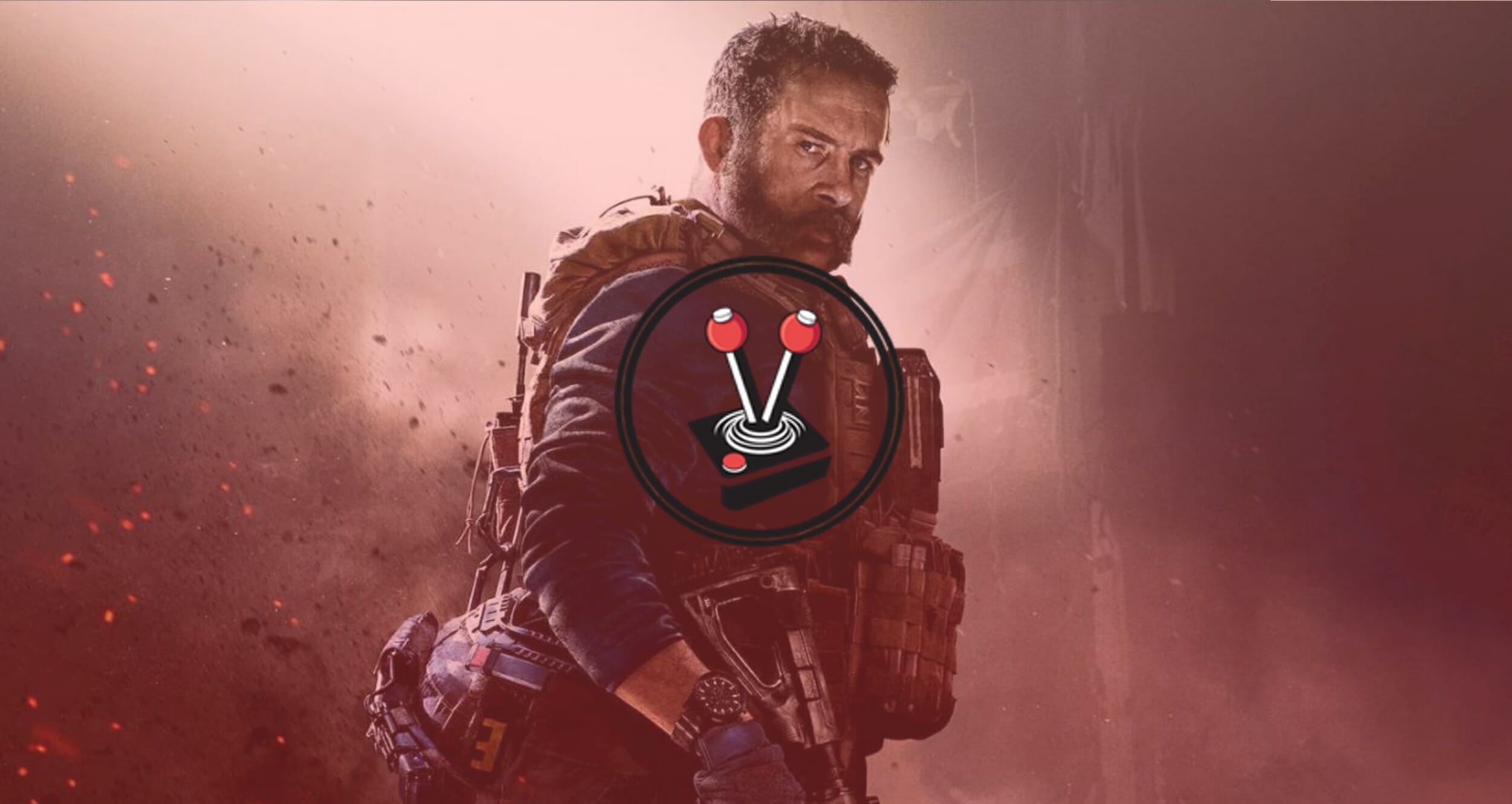 The Call of Duty franchise has never really recovered from the critically panned and abysmal Call of Duty: Ghosts. While I personally loved the game, fans and critics alike mentioned how the series appears to have lost its identity moving toward the new generation of gaming. Since then, the franchise has released one or two resounding hits, like Call of Duty: World War II and, at least during launch, Black Ops 4. These are two games, in particular, that threw away new gimmicks and flashy narratives for a simpler ‘back to the roots’ kind of gameplay. This gave Infinity Ward a hint as to what gamers actually want. Simply put, Call of Duty players do not want new. They do not want innovation. All they want is to replay the same games from decades ago, while shelling out money left, right, and centre. Modern Warfare gives these fans exactly that, and then some.

I am going to be upfront and mention how little I liked the Modern Warfare trilogy back in the day. The first game was new and inventive; the second was a dumbed-down sequel; while the third tried its hardest to be controversial for the same of making mainstream news headlines. With that said, this 2019 re-imagining of the first title does have its merits: it proves how much the game benefits from modern-day technology, particularly in terms of visuals and gameplay. While its negatives, to say the least, are numerous. The story, while intriguing in the original game, now boils down to nothing more than a B-list story befitting of the Expendables movie franchise. The gameplay, while new and breathtaking a decade ago, is now considered basic. To the point where even Counter-Strike: Global Offensive has done better.

The gloves are off

The most pressing matter of Call of Duty: Modern Warfare is how little the game actually cares about the legacy it is trying to re-imagine. Up until the release of the game, Infinity Ward and Activision promised how players would see the awful realities of war. Sure the game has moments that exemplify this regard, but at the end of the day these moments have no merit when you are hardwired and trained to instinctively shoot every single bad guy you see.

With that said, the single-player narrative does make a return with the game. Unlike the poor excuses that befell Call of Duty: Black Ops 4 – you know, the follow up to a franchise that told the best Call of Duty story to date. Thankfully, Infinity Ward does the original trilogy justice and gives us everything we wanted right from the start. Call of Duty: Modern Warfare may be a re-imagining of the franchise, but it still has the best moments from the first game, with poignant references and/or easter eggs indicating that it all happened in an alternate timeline of sorts.

The story focuses on two primary focal points: a CIA intelligence specialist and British SAS group who team up with rebels from Urzikstan, a fictional country in Europe. Together, these teams are fighting against Russian forces who have invaded the country, and are actively working against the people for their own malicious goals to further invade others.

On paper, the premise sounds great. However, in practice, a lot of the campaign’s problems stem from boring characters. Alex and Kyle Garrick are two of the main characters you get to control throughout the narrative, and they act as nothing more than baseless avatars to control. They are given voices and have very strong opinions on various matters throughout the story, but never go above and beyond to make us as the players feel like we are controlling unique and interesting characters (like “Red” Daniels from World War II). I would have even preferred a fully immersive role via a voiceless character.

I must also mention how unforgettable some of the plots points are. The main narrative remains intriguing from beginning to end. Side plot-lines, on the other hand, such as Farah’s story, are anticlimactic – to say the least. The worst part about this is that Farah is one of the most badass characters featured in the story. Yet the entire campaign focuses so much on Kyle and Alex that Farah completely falls by the wayside and her story becomes an uninteresting mess by the time it concludes.

Furthermore, it does not help that the narrative pacing is akin to a dumpster fire. Unlike previous instalments where the game neatly unpacks what has just happened, Modern Warfare throws action scene after the action at your face like some kind of mindless Michael Bay film. Augmenting this feeling is how none of the 14 main campaign missions feel like they are tied together cohesively. Instead, it feels like the game hands you separate missions that are only loosely tied to one another – thanks to the characters they include. This would not be much of an issue if the game actually presented the missions as standalone, versus attempting to interweave them all together. In fact, turning it into an anthology format would have made things so much better in the long run!

The Rules of Engagement remain the same

Disappointingly dull campaign aside, I can at least give credit where it is due: gameplay, while uninventive, remains enjoyable. Call of Duty: Modern Warfare seems like it goes out of its way to make sure players are getting the same gameplay experience they had from the original Modern Warfare. Sure, things have changed quite a bit, and gameplay mechanics have been upgraded and altered to become a component of their times, but the main experience is largely unchanged.

In a way, I appreciate the stoutness of this design decision. It means players who are familiar with any of the Call of Duty games in the last ten years, can pick up and play the game without having to worry about control changes, fancy jumping or mid-air tricks. With that said, I also wish the game would do more to double down on this effect. Call of Duty: World War II was the most rooted and “boots to the ground” experience the franchise has seen in a long, long time. Modern Warfare, on the other hand, tries its utmost to deliver this same experience, but seems too afraid to change things up for its own good. The result is an uncanny resemblance to pretty much any other Call of Duty title, without actually giving the game its own identity. A proper missed opportunity. I feel like the lack of focus on gameplay might scare players off from getting the game. After all, if gameplay is all you are after, you might be better off getting Black Ops 4 – which does it better.

Beyond general gameplay, the game has its fair share of game modes to keep things fresh. Ground War mode has been revamped and now pins 32 players against each other with a Domination ruleset. I enjoyed this mode quite a bit. This is largely because I actually like this weird mashup between the classic Ground War and Domination mode from previous instalments. Also, there are vehicles strewn about the sizable maps – a definite plus in my book.

Of course, there are classic multiplayer game modes as well. Classic game modes like Team Deathmatch and Domination make a return, while a brand-new mode called Cyber Attack is introduced. Cyber Attack is another mashup of two older game modes: Search and Destroy and Sabotage. In this mode, two teams are pitted against each other to retrieve an EMP device and use it to destroy the opposing team’s Data Center. There are no respawns in this mode, but players can revive one-another in the field. Rounds are played in a best five out of eight formats.

Fighting a war with sticks and stones

With a lacklustre campaign and overall decent multiplayer aside, I will concede that the game looks great. From its beautiful recreation of original Modern Warfare scenes, to beautifully crafted and designed levels made specifically for the re-imagining, the game is a real treat for the eyes.

All of the usual Call of Duty user-interface elements make a return, only this time they look sharp and updated to match this particular version of the game. Killstreaks come across boldly on screen and getting shot will throw up nifty indicators on the sides of your monitor – to let you know which direction the shots came from.

The game is also very smooth, which was a nice change of pace from the previous two instalments I reviewed. Both World War II and Black Ops 4 – as much as I enjoyed them – suffered from the occasional hiccup and long loading times (none of which was present this time around)!

Call of Duty: Modern Warfare is not a bad game. I did not particularly enjoy the campaign, but this was only because it feels like it was haphazardly put together. I also think the developers could have done much more with great characters like Farah, instead of focusing on the dull and generic bore-fest that was Alex and Kyle’s little “anthology series”.

Thankfully, the new Cyber Attack and enhanced Ground Wars game modes are incredibly fun and bring the game up to the standards of the multiplayer I have come to expect from the franchise. However, general gameplay could do with some modernisation versus being so basic that it feels like you are still playing the original Modern Warfare. I also wish the game could up the ante a bit and introduce the same kind of bold changes the original Black Ops brought to the table. Alas, this is not the case for this remaster.

Overall, I enjoyed my time with the game. I just do not see myself returning to the game any time soon, the way I consistently return to Black Ops 4.