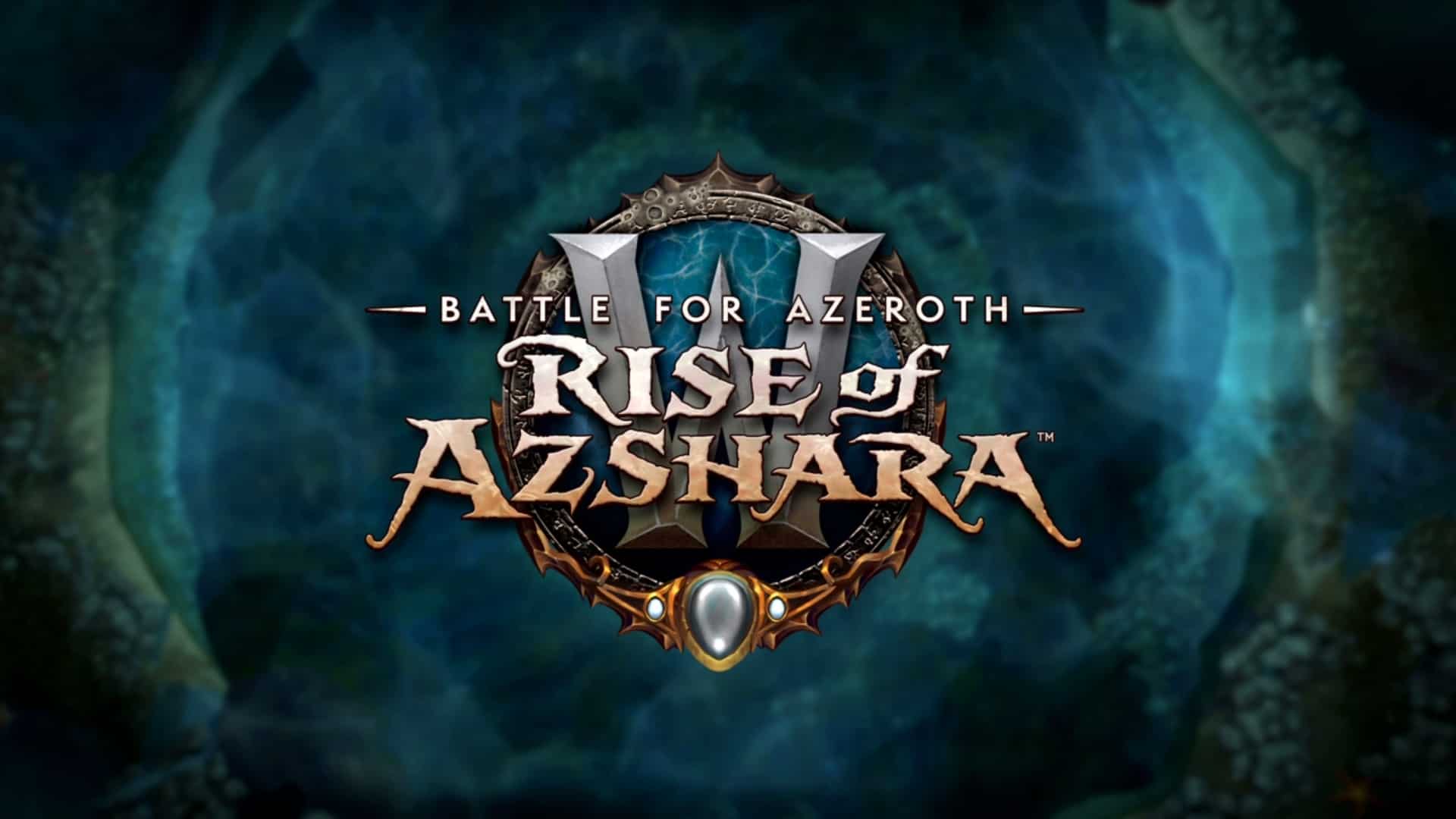 Now that World of Warcraft: Battle for Azeroth has released, and players have been digging through the copious amounts of expansion content for a few months, Blizzard has revealed plans to expand the journey! Rise of Azshara is a brand-new chapter in the Battle for Azeroth story, and it promises new zones for players to explore.

Beyond the continuation of the Battle for Azeroth campaign, Rise of Azshara will take players to a new gnome-themed zone filled with technological wonders, a new Raid, and even new armour sets! Blizzard says that it is an epic new chapter, and it is almost upon us. As such, we have compiled a list of the ten most important things players can expect in Rise of Azshara.

Nazjatar is one of Rise of Azshara’s new zones. It is home to an ancient elf civilisation as well as the lost city of Zin-Azshari. According to the lore, it emerged from the depths of the ocean after being entombed for thousands of years. New and mysterious challenges await those who dare enter.

Nazjatar is not the only zone players will get either! In addition to Nazjatar, players can also visit Mechagon Island. This is a gnome-themed zone full of technological wonders. It also includes a new mission called Operation Mechagon, where players can go toe-to-toe with King Mechagon. Mechagon, as it stands, hates fleshy things. Oh boy.

Rise of Azshara also has a new raid, Azshara’s Eternal Palace. This new eight-boss raid takes us into the very depths of Nazjatar and features, among other challenges, an underwater boss fight, and the ultimate confrontation with Queen Azshara herself.

The Heart of Azeroth is a powerful neck item that players can equip. In Rise of Azshara, players can expect big changes for the Heart of Azeroth. One such change is the ability to infuse it with Essences, a new category of items that can be collected. These grant powerful effects and abilities to players who are brave enough to go after them.

Armour and dressing up are an integral part of any Massively Multiplayer Online (MMO) game. Players who venture into the Rise of Azshara can get their hands on new Tauren and Gnome Heritage armour. Both of these races will get a new set of quests that will delve into their histories. We expect the armour prerequisites will be rewarded upon completion.

Beyond two brand-new zones, players can also visit two new islands: Crestfall, a location drawn from a Warcraft II map, provides deep cuts of lore scattered across its landmass; while Snowblossom Village will see players defend it against undead hordes.

Want a new challenge? Rise of Azshara has that too! World of Warcraft’s first ever Heroic Warfront: Battle for Stromgarde will challenge participants to coordinate their efforts to protect resources and taking objectives against unrelenting AI opponents.

In addition to the Warfront, players will also be able to duke it out in the Robodrome! This is a new gnome-themed Arena, complete with whirring and clanking gears Warcraft players have come to expect. This Arena will make its way into the competitive Player-versus-player (PvP) scene in the future.

Players who like to take to the skies will get to unlock a brand-new flying mount, the Mechanical Parrot. It can be earned as a reward for earning the Pathfinder Part II achievement.

In addition to all of the above, Blizzard still wants players to know that Rise of Azshara will also come with brand-new season 3 updates down the line. This includes a new set of Vicious mounts, Gladiator Arena mounts for PvP, and more. Players can also expect Mythic Keystone dungeons to get an increase to item levels and a new Nazjatar-themed affix. Season 3 includes Operation Mechagon and the Eternal Palace Raid.

As you can see, Rise of Azshara is chock full of surprises for pretty much everybody. Blizzard is not only catering towards Player-versus-Environment (PvE) players on this one, but also PvP, and hardcore Raiding players. The update is set to go live sometime in the near future.