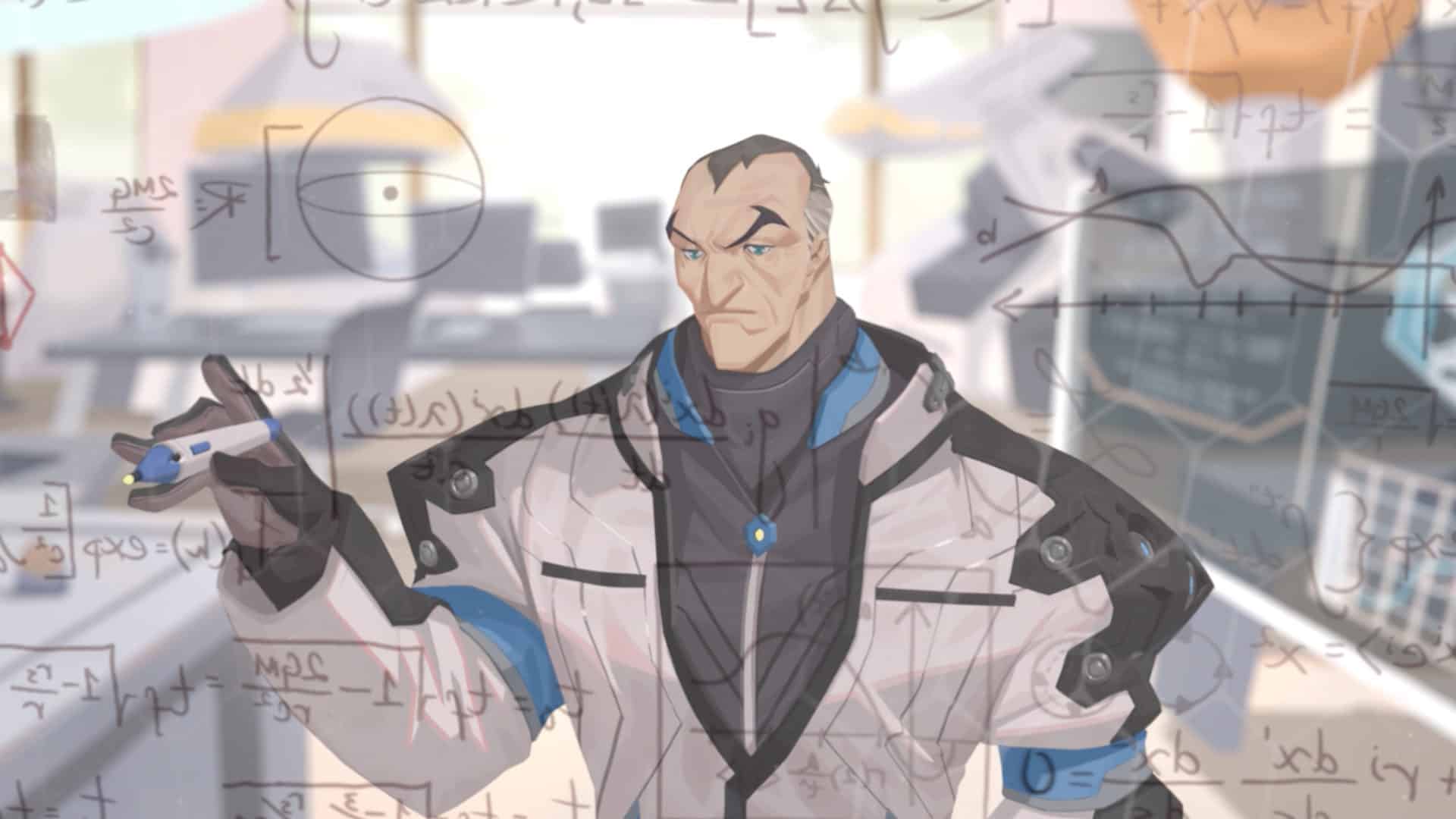 UPDATE: Additional information about Sigma was made available after publication. This article has been updated accordingly.

Overwatch fans may have waited a tiny bit longer than usual, but Blizzard finally revealed the 31st Overwatch hero’s identity. The new Overwatch hero Sigma, is an astrophysicist turned walking weapon in his quest to become smarter and stronger.

In a brand-new video (embedded below), Overwatch fans can get a glimpse at the origin story of the upcoming Overwatch hero Sigma. The video is rather disturbing as far as Overwatch origin stories go – it shows how Sigma, an “eccentric astrophysicist”, is woefully unaware that he was turned into a living, walking weapon following a horrible “accident”.

Sigma is obsessed with gravity. In the video, he describes how he is attempting to harness the power of a black hole. It showcases how a bed-ridden Sigma’s mind becomes twisted by madness and how his experiment to harness the immense power turned him into the mad scientist that he has become.

Sigma, real name Siebren de Kuiper, is likely one of the oldest members to join the Overwatch cast. He hails from the Netherlands, and is an active member of Talon, the villainous group that stands against everything that Overwatch tries to accomplish.

Sigma is also the second scientist announced who flies Talon colours – the first being Moira. In the video above, you can see Sigma stand next to other Talon members Moira, Sombra, Reaper, Doomfist, and Widowmaker.

It is not explicitly stated, but we believe Sigma to be a tank. His abilities revolve around manipulating gravity and conjuring shields. His Hyper Shield ability in particular launches two “gravitic charges” which implode after a short duration; while Kinetic Grasp stops incoming projectiles in midair and converts them into shields.

He also has an Experimental Barrier ability where Sigma propels a floating barrier to a location of his choosing, or recall it at any time; while Accretion lets Sigma gather a mass of debris that he can fling at an enemy to knock them down. His ultimate ability is called Gravitic Flux. This ability lets Sigma manipulate gravity to lift nearby enemies into the air and slam them back down.

Sigma is the 31st hero to enter the Overwatch arena, following Brigitte, Wrecking Ball, Ashe, and Baptise. It is not yet known when the new Overwatch hero Sigma will be released, but it should not be too long now. Eager fans can give Sigma a test run right now on the Overwatch public test servers.