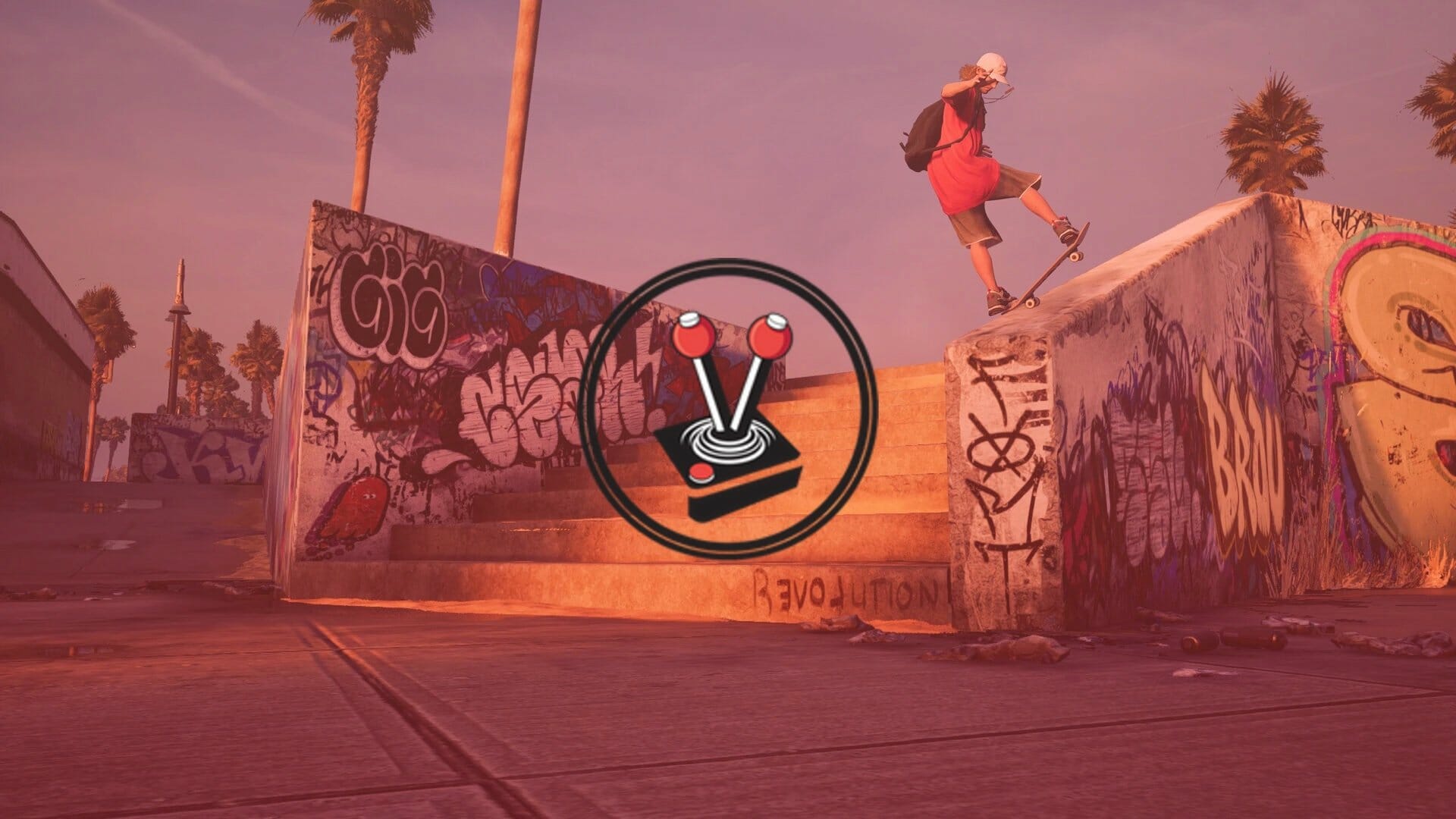 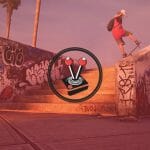 Memory is a weirdly wonderful thing in how it can skew events to be remembered better than they were. This is the case with the original Tony Hawk’s Pro Skater (1999) and Tony Hawk’s Pro Skater 2 (2000), which memory refers to as glorious. Modern reality, on the other hand, showcases how the game has not aged as well as our memories would have us believe. Thankfully, Activision and Vicarious Visions thought so as well, which is why we now have Tony Hawk’s Pro Skater 1+2. A veritable remaster (read: complete remake) of the first two titles, and it is truly glorious (the way I remembered it and then some).

After restarting the ridiculously short Tony Hawk’s Pro Skater 1+2 Warehouse Demo for the sixth time, my anticipation for the final release knocked me into frustrated submission. It teased the most magnificent visuals and some of the best-looking animations for a free-form sports game I have ever seen. Alas, it only let me experience all those things for two minutes at a time. I did not like it. Thankfully, Tony Hawk’s Pro Skater 1+2 is vastly different in its presentation, where it still gives players the same two-minute sesh, while simultaneously allowing for much more freedom. It is a challenge to describe, but it essentially removes the shackles and limitations imposed by the demo. If your only frame of reference is the demo, you will be in for a shock when you launch the full game. It is, for all intents and purposes, a replica of the originals, but also not really. The replica aspect comes from memory alone. When compared face-to-face, Tony Hawk’s Pro Skater 1+2 looks like a wholly different game to both Tony Hawk’s Pro Skater and Tony Hawk’s Pro Skater 2. The resemblance is both uncanny and not there at all – it is truly one of the weirdest things to behold.

Similar to how the Crash Bandicoot N.sane Trilogy was built from the ground up, Vicarious Visions remade Tony Hawk’s Pro Skater 1+2 from scratch using Unreal Engine 4. The results are astonishing, with photorealistic maps, extremely smooth edges and shadows, and lighting never before seen in any Tony Hawk title, let alone the originals. It is particularly magical being dropped right back into 1999 when a new session is initiated. The surroundings are all new, but also not. The pro skaters you can choose from are all brand-new and modelled after their current selves, yet feature the exact stats, boards, and even outfits from the original. Similarly, maps are all reworked and remodelled after their real-life counterparts, but laid out and made to work exactly as they did before. This is testament to how well the game scaled back then, and how incredible it scales now.

The added visual complexity does make it a tiny bit more difficult to figure out the surfaces you can grind on, and when edges are made for tricking or not. Once the third or fourth session comes up, however, things start to fall in place and visual cues become much more obvious. While maps are nearly identical in layout, their new visual fidelity makes them feel brand-new. Maps and faithful remodelling only go so far, however. Smooth and accessible gameplay, especially in a title like Tony Hawk’s Pro Skater 1+2, is paramount to the overall experience. The good news? The game does the gameplay justice.

Controlling your chosen pro skater takes a bit of practice, but the game does not make it an outright chore. There are a few things you need to take into consideration when attempting to gain some speed: hitting a wall can hit you off course and will hinder your speed immensely; pressing the wrong button while doing a ramp can make your sessions considerably worse; collecting words, like SKATE, can be quite tough if you are unaware of all the secret nooks and crannies featured in all maps. The beauty of Tony Hawk’s Pro Skater 1+2, however, lies in how easy it is to get used to the controls. Let us be honest, however: there is a certain charm to how Officer Dick nosedives and breaks a jaw when latching onto a ramp at full speed just because you accidentally tapped Y instead of A.

The game hands you one of the easiest to learn control schemes under the sun, with each button on the controller doing its own thing. Depending on what you press, your chosen pro skater will either flip, grab, or grind over obstacles. Holding A will have your skater duck down in an attempt to gain speed, and to get ready for an ollie and/or big jump off a ramp. Flips, grabs, and grinds will turn into fancy moves when your skater is in the air, and performing any of these in combination with one another, or succession of each other, will generate a bunch of points. Naturally, having a continuous combo going is the best way to rack the score. This means it is always best to try and do constant tricks, whether it be balancing on the board or grinding down a swimming pool edge for as long as possible. Want to jump off and get to another part of the map? Try and do so while air walking or grinding and you are guaranteed a few hundred-thousand points. Fall while doing so, however, and all points are wasted.

A neat addition for Tony Hawk’s Pro Skater 1+2 is the new skate park editor, which allows you to play around, customise, and create your maps. These custom maps can then be shared and uploaded to the Activision servers. This is a nice way of adding additional longevity to the game – I can already foresee extremely creative custom maps and challenges becoming a huge Let’s Play trend on YouTube and Twitch. This is especially the case with the insane amount of customisation you can do in the game. Customisation options include changing the clothing of skaters, their boards, and more. Custom pieces can be unlocked by completing challenges or can be bought via the in-game store, using money earned in-game. There are no microtransactions in sight, which is a welcome reprieve from an ever-growing list of games including them.

Tony Hawk’s Pro Skater 1+2 also includes the memorable Horse and Tag multiplayer modes. These can be played locally or online and are equally as enjoyable as memory serves. The brand-new visuals, coupled with a local “couch-co-op” aspect very few games still implement today; make it a wonderful way for veterans of the franchise to introduce a new generation (read: their children) to the iconic franchise. It also helps that there is a spate of new challenges added to all existing maps, which makes replayability all the more worth it.

Remakes and remasters are a dime a dozen nowadays. These range from added high-fidelity texture packs, all the way through to complete overhauls in graphical fidelity. In this sense, I think Tony Hawk’s Pro Skater 1+2 is a game better suited to the “Texture Pack upgrade” category much more than the overhaul category. For some reason, I never thought it would be possible to rebuild the entire original game and its sequel and make it look like a brand-new intellectual property, yet here we are. Tony Hawk’s Pro Skater 1+2 is a visual treat.

It is a particularly powerful and thought-provoking idea to take a two-decade-old game and remake it the way Vicarious Visions has. Few remakes genuinely pull off the sheer volumes of nostalgia the way Tony Hawk’s Pro Skater 1+2 does. With this in mind, it is impossible to talk about the nostalgia factor and not mention the incredible collection of licenced music featured in the game. While licenced music largely comes down to personal preference, there is no denying that the iconic tracks featured in Tony Hawk games fit the universe exceptionally well [and sound good too]. Tony Hawk’s Pro Skater 1+2 features a curated playlist of 37 brand-new songs, with a swathe of classics from the originals too. This new mix perfectly brings the game into the new age, while still hearkening back to the good old days. It is a delicate balance executed with aplomb.

From beautifully remodelled pro skaters, aged to look like they do in 2020, to maps rebuilt from scratch, it is evident Vicarious Visions thought of it all. Tony Hawk’s Pro Skater 1+2 is a masterful remake. Every pixel, menu option, and in-game object has been meticulously crafted to exude streams of nostalgia while keeping things fresh and new. It is a beautifully balanced experience where new players will never even know of the massive legacy the game hides below its surface. Tony Hawk’s Pro Skater 1+2 is an excellent return to form for the franchise, and a must have title for fans of the originals.