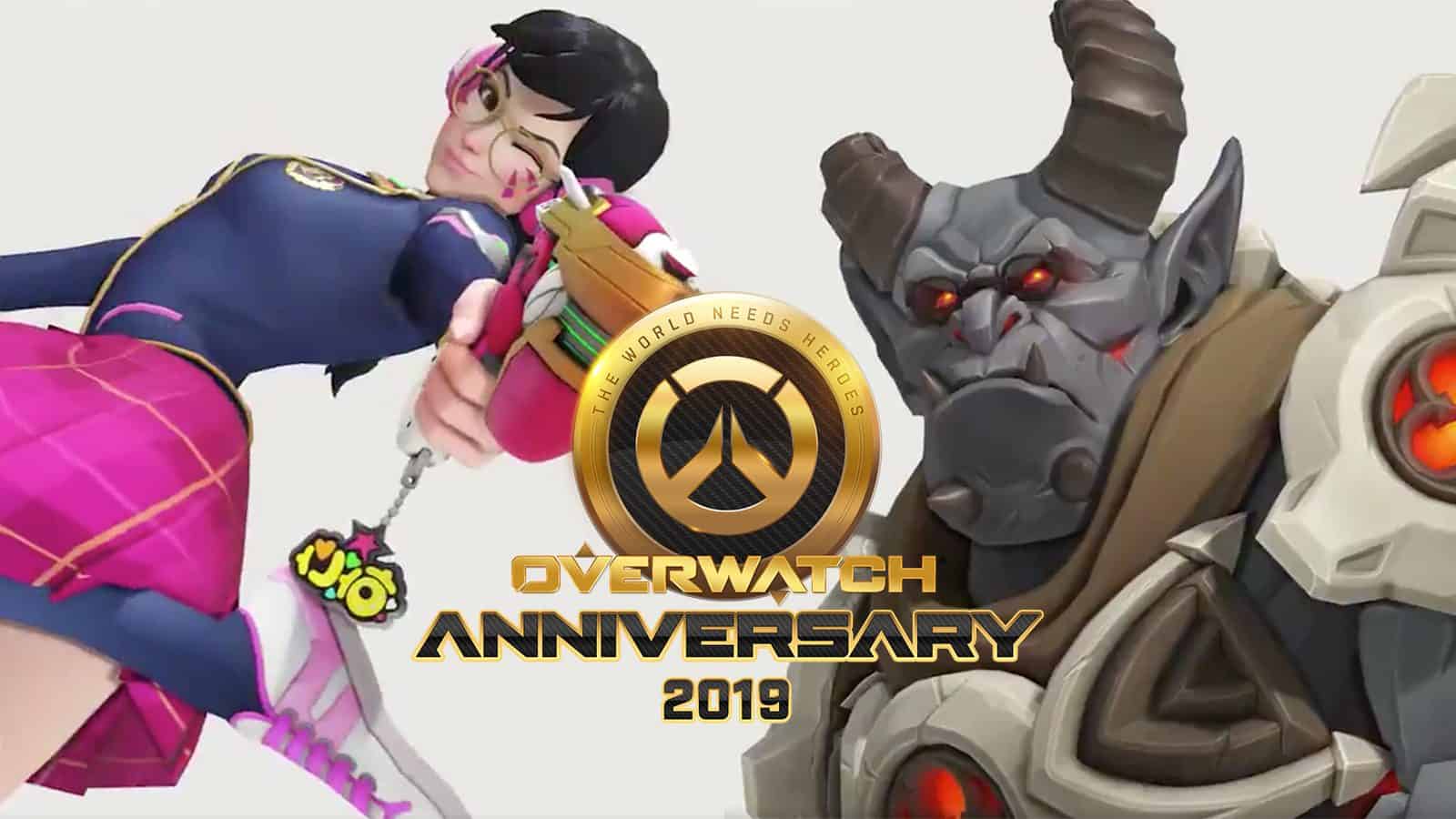 Three years in and Overwatch is still as strong as ever! Blizzard Entertainment’s award-winning multiplayer hero shooter is celebrating its third birthday. Fans on all platforms can join in on the Overwatch Anniversary 2019 fun, and unlock a whole wardrobe of Legendary skins, and more.

The Overwatch Anniversary 2019 event is currently live and will run all the way through to 10 June 2019. During this time, players will have access to seasonal brawls from past events, and the opportunity to unlock skins and other cosmetics they may have missed in the past.

Along with all of the previous skins and events that players can now enjoy, Blizzard also released a bunch of new skins that celebrates the game’s third birthday. According to Blizzard, there are 11 new skins to unlock. These include six new legendary skins, like the D.VA Academy outfit and Winston Gargoyle skins. There are also five new epic skins to unlock, along with a few new emote, and more.

It should be noted that the Overwatch Anniversary 2019 event does not include new game modes or events. It is merely a culmination of skins from past events – kind of like a “best of” event, more so than an actual event with new modes as many fans have become accustomed to. With that said, the skins alone are actually pretty dang awesome, and the fact that you get a Legendary Loot Box by simply logging in might make it worth your while!