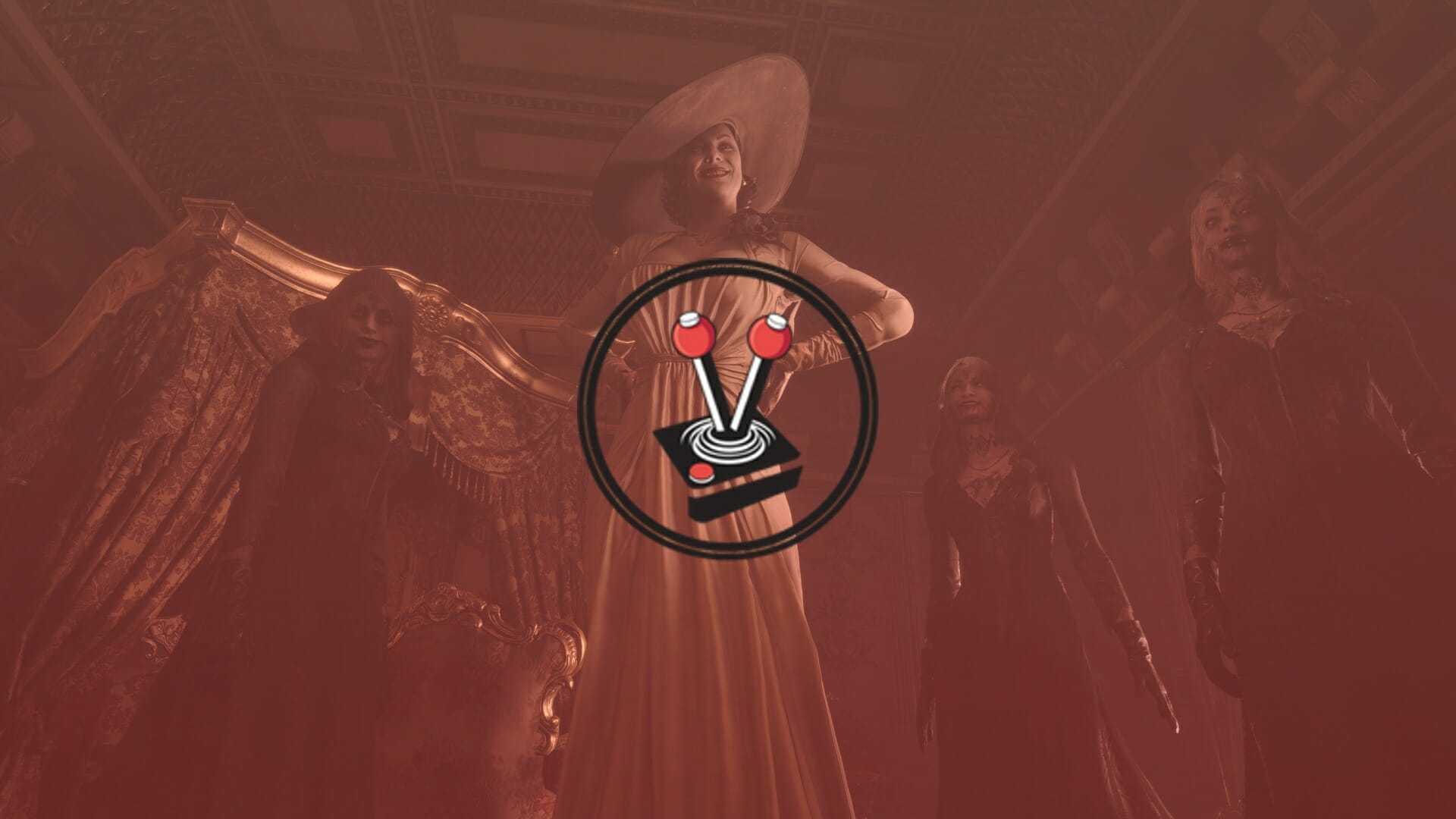 Despite a somewhat serviceable and extremely successful movie series, the games in the Resident Evil franchise began to stale through repetitiveness. However, Capcom sought to reinvigorate the brand with Resident Evil 7: Biohazard, which saw the samey patterns change completely and recognisable franchise motifs turned up a notch. It was a breath of fresh air for the franchise as it introduced brand-new characters in a whole new thematic horror scape. It would only stand to reason for the eighth instalment in the franchise keeps up the “newness”. It also makes sense, however, for Capcom to slowly bring core concepts back into the fold as the studio attempts to find the perfect amalgamation of old and new. Enter Resident Evil Village.

Resident Evil Village, while the eighth mainline instalment, is a far cry removed from anything Resident Evil one through six. Instead, it acts as a direct sequel to Resident Evil 7: Biohazard and brings back franchise newcomers Ethan Winters and Mia. This time, however, there are some brand-new clear-cut franchise ties thanks to the reintroduction of past fan favourite character, Chris Redfield. Essentially, three years have passed since Biohazard. In that time, Ethan met up with Chris Redfield, received military training, married his girlfriend Mia, and had a child called Rose.

All is not as it seems, however. Things take a turn for the worse pretty much instantaneously. Chris makes a shocking entrance, shoots Mia, takes Rose [presumably for study] and Ethan finds himself in a wreck not long after. It is here where Ethan wakes up, the game begins proper and players are treated to the titular setting of the game.

The very notion of the village (of which the first three letters make up the roman numeral, eight) is intriguing. As Ethan enters the village, it is clear things are not as they seem. Monsters – more specifically Lycans – are soon alerted to his presence, and all hell breaks loose. It is here where Ethan learns of his daughter’s – thought to be taken by Chris – presence in the village, and how, since her arrival, nothing has been the same. Anyone who has played Biohazard will likely have an idea of why this is the case, but I digress. The plot in Resident Evil Village is great as far as Resident Evil titles go, and there are a few interesting twists and turns pertaining to Ethan, which is nice.

Characters in Resident Evil Village are also above and beyond previous titles. A big emphasis in Biohazard was the Baker family and their mutated antics, coupled with the corruption eating away at their minds. In the title, there were four imposing heads of the local great houses, each of whom act as disciples for a mysterious and omnipresent leader, Mother Miranda. As Ethan explores the all new setting of Resident Evil Village, and slowly makes his way through the scenarios he is thrust into, players will learn about their psyches and how they, too, seem to be more human than one might think.

The illustrious Alcina Dimitrescu (Maggie Roberts) and her striking 1930s design, Karl Heisenberg (Neil Newbon), Salvatore Moreau (Jesse Pemental) and Donna Beneviento (Andi Norris), through to the enigmatic Miranda (Michelle Lukes), all stand between Ethan and Rose. These characters will continually haunt players as they make their way through the village and the beautiful surrounding locales. Lady Dimistrecu and her daughters will stop at nothing to drip every single drop of blood from Ethan’s man-flesh, while Lady Beneviento and her doll will ensure players who never had nightmares before, will promptly have some now. These characters, coupled with excellent supporting characters like The Hag and her mysterious prophesying, or The Duke (Aaron LePlante) and his odd ways of helping Ethan in the correct direction while trying to sell a trinket or two (or three, if more than one bullet is needed) all work beautifully together to create a world that feels freakishly real.

Learning about these lords and ladies is wonderfully satisfying too, with a wealth of information (in Resident Evil standards) ready for the taking. Notes and letters, newspaper snippets and even non-playable characters dotted throughout the campaign, serve to enlighten Ethan (and by extension the player) about parts of the village. Eventually, as players come across each of these lords and their houses, the gaps of knowledge not completed by clippings or letters will promptly be filled. The world-building in this game is phenomenal, if somewhat forced – a clear showcase of Capcom slowly modernising the franchise. One surefire note is how the environment and level design in Resident Evil Village mimics Resident Evil 4. From the moment Ethan enters the outskirts of the village and sees the dead horse, through to the cornfields and the castle thereafter, it is hard to imagine the village not having already been featured. It is possible the design choice was intentional, in order to link this newer instalment into the franchise more deeply. Whatever the case may be, however, the setting is not the only thing Resident Evil Village borrowed from its fourth eldest sibling. Unlike Biohazard, Resident Evil Village also has a massively improved and emphasised focus on combat.

The entire system in Resident Evil Village has been overhauled to feel more like an action-adventure title. The result is a much more action-packed adventure compared to the much slower and much more heart wrenchingly tense gameplay of the previous instalment. When exploring the village, Ethan will come face to face with Lycans, dreadful humans-turned-wolf beasts that lurch and pounce at Ethan in the most unpredictable ways. Among them are all sorts of enemy tiers mimicking past Resident Evil titles. The way they move and the sheer number encountered, creates tense situations where players can easily waste any and all collected ammo. Being forced to pull out the knife and resorting to blocking and parrying (which is just a little shove) is stressful at best, and will result in death at worst. Headshots count too! All of this is mentioned in order to convey how meandering and slowly sneaking through huge mansions is now gameplay of old. Rather, the game encourages moving fast, ducking and diving in combat situations. Ammo is not as scarce as in previous titles and can be crafted or bought from The Duke. This new emphasis is by no means a bad thing, but it might take some of the suspense away from fans of Biohazard’s slower pace.

With that said, combat is only one facet of gameplay players need to worry about. As Ethan explores the village, several locations will appear, most of which are closed or locked off. In these cases, they can be opened up or traversed by finding the correct tool or figuring out the puzzle they are linked to. There are a lot of them as well, and while simple, they are welcome sights amongst the much more looty shooty aspects of the game.

As is the case with Resident Evil titles, sound design is incredible. The game seems to have been mastered to take full advantage of proprietary virtual surround sound solutions, aiding players in immersing themselves completely in an environment that is, truth be told, horrendously scary. Silence is an important tool employed by Capcom, and it works so well to add tension to scenes and to allow players to hear footfalls in the distance. Similarly, loud scenarios and explosive-heavy bits are equally as terrifying in how they sound real and up close and personal. There are musical queues dotted throughout the map as well, serving to add to the atmosphere instead of detracting from it. Adding this masterful sound design to the level design is an incredible feat Capcom should be proud of. The village, truly, feels like snippet captured from real life.

The campaign itself is quite short, however. Coming in at around eight to ten hours only, does leave the player wanting. A personal theory on why this is (since most Resident Evil games clock in at around ten hours anyway) is because of its incredible premise. Folklore and myths simply cannot be beaten in a game about supernatural entities running amok — add Lycans, tall vampire ladies, and wind demons to the mix; suddenly all players will want to be trapped in this never-ending story. Pun most assuredly intended.

Resident Evil Village is both the eighth mainline entry in the long running franchise and also marks the license’s 25th anniversary, and what a fitting celebration it is. From bringing back fan favourite characters to introducing new and memorable ones [Ethan is one of the best protagonists the franchise has ever seen, don’t @ me]; taking players to supernatural-laden and ravaged locales that have been pulled straight out of fairy tales, and even giving players who do not play horror games a good entry point; Resident Evil Village does not disappoint. There is simply so much to do, players will likely jump right back in with a New Game Plus not long after the credits have rolled and the twists have been realised. Sadly the game feels much shorter than it rightfully needs to be, but this is only thanks to the subject material at hand – which players will certainly see more of in downloadable content down the road. There is no other way to say it: the game is, truly, very good.