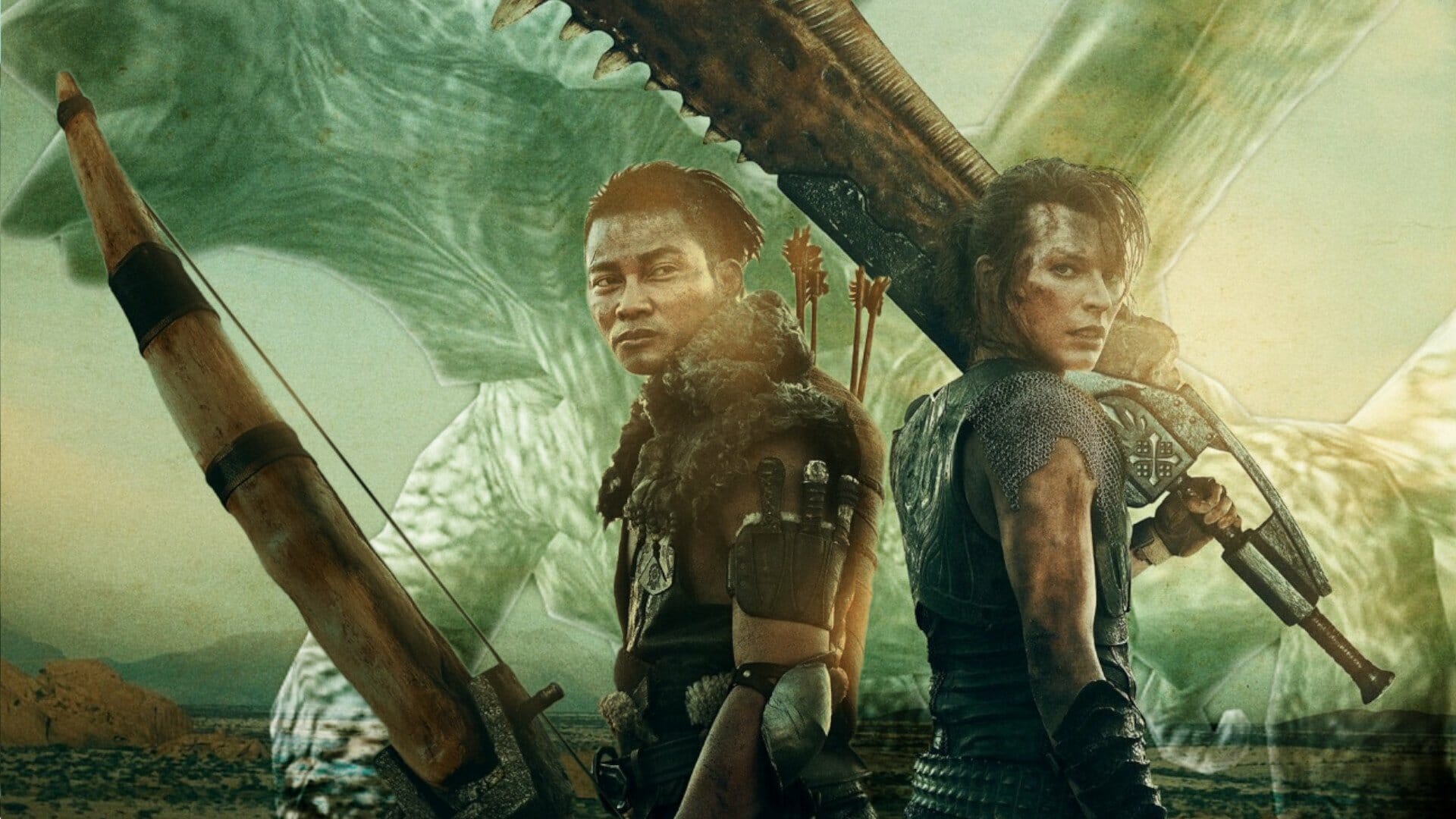 Monster Hunter World is one of the best role-playing games Capcom has released to date. It has spawned a full-fledged expansion with double the content the original release had, and served as a beautiful introduction for new players. The game has also broken Capcom‘s record with over 15.5-million copies sold by March 2020, and a further 5-million copies sold just six months after the Monster Hunter World: Iceborne release. The franchise itself has equally been revered by gamers for many decades, and two new titles are already planned for Nintendo Switch. With this in mind, it only makes sense as to why Hollywood would have their eyes dead-set on the franchise – and why a Monster Hunter movie is currently in works.

After quite a lot of teases, leaked set photos, and official poster reveals, the Paul W.S. Anderson live-action Monster Hunter movie finally received its first trailer. The trailer, which confirms the movie will deviate somewhat from the games [yet act as a spiritual sequel to Monster Hunter World], showcases quite a lot more than fans anticipated. The movie plot sees a squad of soldiers from our Earth transported to a mysterious new world where massive creatures roam the land. Together with the help of a hunter (Tony Jaa), Artemis (Milla Jovovich) and her squad must figure out how to return to our world, while simultaneously combatting an ancient threat.

The trailer prominently showcases a collection of monsters featured in the games. So many monsters, in fact, that it left us thinking about what could still be left to surprise moviegoers? As such, we have taken the liberty to go through and talk about the monsters included in the trailer, and which monsters we think the Monster Hunter movie may still have hidden away.

The Diablos is the apex monster of the Wildspire Waste in Monster Hunter World. It is a menacing beast with huge horns and an ugly set of teeth. It is also the monster on the poster for the movie, and the monster most prominently featured in the trailer. Funny enough, the Diablos is a herbivore, and only really becomes aggressive when on heat. The fact that they are always aggressive in-game, however, will easily make you think otherwise. The Diablos loves to lurk underground and instead of flying like normal wyverns do, they burrow everywhere they wants to go.

The second monster seen in the trailer is none other than the exceptionally timid Apceros. While the Apeceros and its horde look like dinosaurs ripped straight from Jurassic Park, they are actually docile and not at all dangerous. Sadly, their mild-manners have made them prime targets for wyverns and large monsters, but that is just the circle of life.

Following the herd of Apceros running towards the hunter in the trailer, we can see him jump off a cliff and shoot his clutch claw upwards into the air, and off screen. In the Monster Hunter universe, hunters rely on Wing Drakes as long-range transport. While it is technically not seen in the trailer, there is no doubt this is what the hunters have latched onto.

The Rathalos is a ferocious winged beast. It is a fire-breathing wyvern and the apex monster of the Ancient Forest – a setting I am 100% certain we have seen in the trailer, and will see in the movie. This “King of the Skies” loves to stalk its prey from above and descend upon those foolish enough to invade its hunting grounds. It looks phenomenal in every Monster Hunter game, and even more so adapted to the big-screen.

Nerscylla are, for all intents and purposes, big spiders with massive stingers and poisonous spikes. While not featured in Monster Hunter World, these scary-looking monsters are known to be exceptionally strong, since they use barbed hooks to hold prey while scaling walls. They also have retractable jaws, so there is that. No thanks.

Gore Magala is the biggest surprise the Monster Hunter movie trailer included. Little is known about this mysterious and ancient monster. It’s official classification remains “???” while it has already been surmised that it possesses Elder Dragon qualities. This unique wyvern has six limbs, of which two are clawed wings that protrude from its back when it is enraged. Gore Magala is very insect-like, while at the same time resembling a much more scaly and hairy Narcaguca. It uses its spikes to sense what its surroundings are like, and leaves behind pollen-like substances in its wake, which lets other monsters know they are treading on dangerous ground.

Monsters likely to be featured

Considering the Ancient Forrest setting I am certain is in the Monster Hunter movie, it only makes sense that the Rathalos’ nemesis, the Anjanath, would be around. Dinosaur fans will immediately recognise that that Anjanath’s design resembles that of a Tyrannosaurus Rex. This Brute Wyvern, however, has an extra pair of dorsal sails that protrude from its hairy back when it enrages. It is a huge monster, with massive clamping force and even bigger flame-spouting abilities.

The Great Jagras is one of the weakest large monsters in any Monster Hunter title. While it looks amazing, this hairy gecko-resembling wyvern can stretch its mouth large enough to devour even the likes of an Anjanath… if it ever manages to best one. The Great Jagras and its smaller variants are basically just an everyday part of the Ancient Forest. We would be extremely sad if it does no, at the very least, make a small cameo in the film.

The Barroth is somewhat of a funny addition in this list, considering it looks the most comical of the bunch. It is, essentially, a living steam train (and even sounds like one)! This wyvern lives in the Wildspire Waste and other desert and/or rocky regions in some Monster Hunter games. In the Monster Hunter movie, however, we see both a Diablos make an appearance, and a huge desert region, which leads me to believe that the Barroth will show its ugly face and pillar-like nostrils sometime in the movie. It lets off a lot of steam whenever the monster enrages and rushes toward hunters. It also likes to coat itself in mud and uses it as armour against piercing weapons.

While the monsters in the trailer should not be indicative of all the monsters in the Monster Hunter movie, it goes without saying that they look epic. It is challenging to discern exactly how many monsters will show up considering we only know of two settings so far. Knowing that the movie is a spiritual sequel to Monster Hunter World, other settings we would like to see include the Coral Highlands and the Elder’s Recess. Some of these will only show up in potentials sequels, however, or perhaps not at all. Truthfully, while it is highly unlikely, I just want to see the Dodogama in action! The Monster Hunter movie starring Milla Jovovich and Tony Jaa is set to release on 30 December 2020.