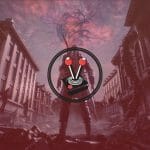 Devil May Cry 5 is well known for its high octane intensity and crazy almost anime-like game design, retrofitted onto a realistic setting in a masterfully surrealistic way. In its decade-long run, the series has seen an endless run of ridiculous moments that have all been gracefully written and designed to just… work. When Devil May Cry 5 released in 2019, the series received its highest praised example of wit, writ, and all-out wackiness. Now the new console generation has dawned and games that were less than six months old suddenly seem dusty and in need of updates. This is where the Devil May Cry 5: Special Edition comes into play. Much like its very unnecessary price tag, however, the plethora of next-generation upgrades are, indeed, very necessary.

In essence, Devil May Cry 5: Special Edition is nothing more than a re-release of a year-old title with a few bells and whistles added. The story remains the same and the gameplay goes unchanged – though realistically fans of the franchise have not seen any gameplay changes since the series shakeup attempt in 2013. Fortunately, there are a few additions to give the “Special Edition” its warranted label. First, however, a rundown of the premise for those unfamiliar: Demons have burrowed into the Earth, and people are being harvested for their blood. Players are met with a one-arm Nero who suddenly loves guns, along with V and eventually Dante who all team up to create the most badass demon-slaying group the Earth has ever seen.

Premise aside, it must be noted how Devil May Cry truly thrives on what other video games might infer as B Movie equivalents. The game is, sincerely, epic. It also helps how every character in the aforementioned group changes up the way you experience the game in fundamentally different ways. Nero is a fast and zippy character, while V is a ranged menace. Dante, for lack of a better descriptor, is uniquely Dante. He is a crazy anime character in a real-world taken over by demons. The wonderful thing about the Devil May Cry 5 Dante is that he is no mere rookie. Given how this is a sequel, the game has no qualms of having Dante be the badass players have built up numerous times in previous games. What makes it wonderful is how the game truly tests player skill in using all of these fancy abilities available when playing as Dante and his crew. This means Dante is not as overpowered as he might seem, and the others are not at all “overpowered” in their respective and specialised fields.

Instead of turning into a full-blown demon whenever his Devil Trigger is activated, he now summons a doppelganger that zips in and out of combat in the same beautiful and silky smooth way as other characters. This version of Vergil is also a lot more ninja-ey than Dante, but once again far more anime-like (and by extension similar to Dante) than you would expect. While the character is a nice-to-have, I will say that going through the game with the original cast does feel like a better match for the story. So it is best to leave Vergil to the tiny bits added just for him, and perhaps for subsequent playthroughs.

Beyond the extra character, Devil May Cry 5: Special Edition also enables a few additional upgrades falling in line with the title’s “next-gen” approach. The game now has two built-in flavours: a performance mode for players who want to experience things in as smooth of a framerate as possible, but with noticeable lacking graphical fidelity; and a quality mode that locks the framerate to 30 only, but showcases the game with all sorts of fancy graphical fidelity including ray tracing and full 4K resolution. I chose to play with the higher graphical fidelity, because once you have experienced ray tracing you really will not want to go back!

The Special Edition also comes with a new Turbo Mode, which essentially just speeds up the game tenfold; a new Legendary Dark Knight Mode, which is a new difficulty setting for players who like to torture themselves, and a Bloody Palace Mode, which is a game mode where players go through rounds of enemies similar to how Mortal Kombat’s towers work. Devil May Cry 5: Special Edition also includes all previously released downloadable content for the game.

Devil May Cry 5: Special Edition is not a true remaster, but it does add the graphical niceties associated with games that do get the updated treatment. In this sense, the graphics are enhanced enough to make it look and feel new, while the addition of a bunch of new features and game modes help increase replay-ability. Despite the subtle improvements, and considering how the game has not even been out for a full year, the asking price is a bit of a cheek. While it is 20 dollar’s less than the original $60 USD price tag, it still stings too much for anyone who may have bought the collector’s editions in 2019, thinking they would get free upgrades to the next-gen version (and rightfully so). Qualms about the price notwithstanding, the game is wonderfully executed in both design and narrative. It is a decent sequel to the events of Devil May Cry 4, and a great point of entry for any new fan. The Devil May Cry 5: Special Edition might be the best bang for buck entry as well, though no one will argue that the first three titles are still the strongest.