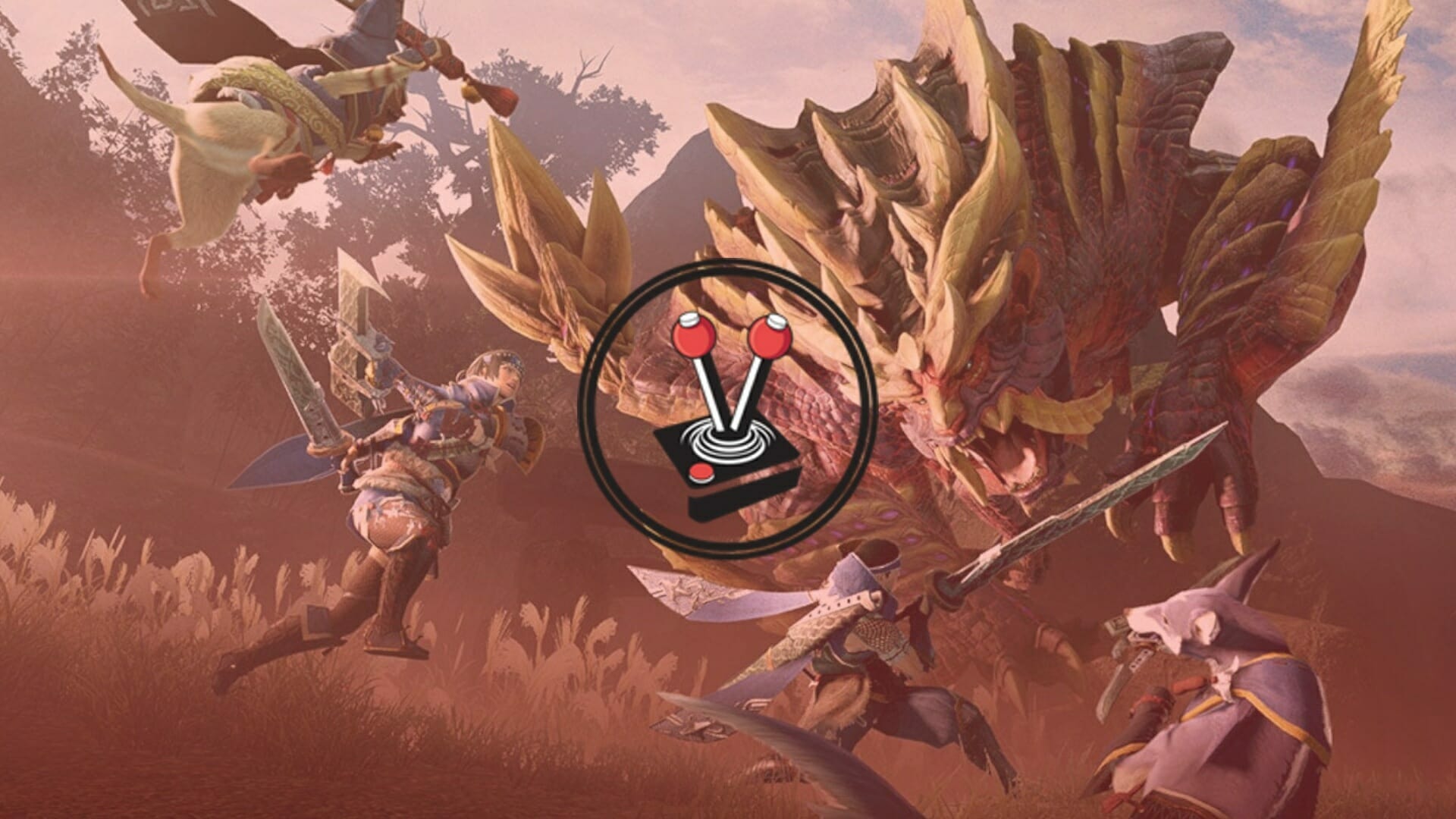 The Monster Hunter franchise is one of Capcom’s long-standing flagship series. Since its 2004 inception, it has most prominently featured on Nintendo consoles ensuring critical success in the East, but never really replicating said success in the West. That is until Monster Hunter World (2016) released. The game revitalised the franchise in never-before-seen ways and brought millions of new players into the fold. As such, the studio undoubtedly had to try and keep the reformed look and feel World introduced, while still showing their love for the Nintendo Switch. Thus, Monster Hunter Rise was born: a back-to-form flagship title built from the ground up to squeeze Nintendo’s handheld/console hybrid for all that it can muster [review has been updated to include details of PC port].

For all intents and purposes, Monster Hunter Rise is meant to be the entry that spearheads the next generation of Monster Hunter titles. In this sense, it mostly succeeds. Rise manages to strike a perfect balance between old and new – providing enough gameplay mechanics to keep the Monster Hunter World players at bay, while also catering to series veterans who have been holding off for the franchise to return to its promised roots. To some this may be a boon; others will feel like there is very little to keep them hooked. Since the game is only on Nintendo Switch at the moment, it also stands to reason how many fans may be deterred by the platform exclusivity. Personally, and with only the Nintendo Switch Lite at my disposal, I often notice my hands cramping up due to the way the Switch is shaped and how near the buttons are to one another. The smaller screen is also sometimes a pain, but fortunately, this only pertains to reading text and doing some crafting. Fortunately, Capcom has already announced that a PC port will release sometime in 2022.

In Monster Hunter Rise, players take on the role of a newly deputised hunter. The village elder quickly informs players of an event called The Rampage, and it seems to be close to occurring once more. As hunters, it is up to the players to protect the village by getting into the rhythm of hunting big monsters, collecting their parts, and crafting new gear to take on even bigger monsters. Such is the cycle of the Monster Hunter. The narrative elements in Monster Hunter games have always been overshadowed by the sheer amount of other things to do in the games. It is essentially just a hook and a loose framework to get players into the aforementioned monster hunting rhythm.

After a lengthy character creation process mirroring Monster Hunter World (which is quite an impressive feat), players are allowed to customise their Palico, and eventually their Palamute. Palamutes are a brand-new addition to the franchise and quite on-brand. Where Palicos are cool “felyne” companions aiding you in your hunts, Palamutes are “canynes” that have been trained as mounts for their hunter companions and even participate in coordinated attacks during hunts. While seemingly unnecessary, and adding on to the already daunting outlook of entering the world of Rise, Palamutes prove genuinely helpful.

Movement in Monster Hunter Rise seems to be the biggest new focus in the franchise since Monster Hunter World’s improvements on level design. In this sense the game introduces Wirebugs, medium-sized insects that can launch hunters up into the air, assist hunters with cliff scaling, or even be utilised during combat to enhance movement. Wirebugs truly are incredible. As a longsword main, I have never had any issues getting into, and out of combat. Big monsters would seldom outpace and outmanoeuvre me. However, I also use Bows whenever I am partied up with a group of hunters with no range, or whenever the longsword simply does not cut it for a particular monster. Although bow mains might have manoeuvrability in the bag, I simply cannot keep up. The wirebug, however, has changed that completely. Now it is easier to jump back into combat whenever the monster moves away! Similarly, players who main slower and bulkier weapons, like the Greatsword or the Hammer, can now jump around in the air and cover double the distance they would normally be able to.

Beyond using wirebugs to move around the battlefield like some Flash wannabes, players can also utilise their collection of wirebugs to take advantage of silkbind attacks. These are super moves that integrate the wirebugs into the combos and movements of all weapons, adding much-needed variety to the number of moves hunters have at their disposal. There is nothing more satisfying than having a Great Bragi run right into the longsword’s silkbind attack and seeing those damage numbers skyrocket. Wirebugs can also be used to mount monsters more easily, opening the monster up for the rest of the group to takedown.

Multiplayer this time around is both easier to access, and way more of a hassle than that of Monster Hunter: World. There appear to be no more restrictions for players to team up with one another in terms of story progression (players had to have seen the monster in question before they could team up with others, first). Joining up is easy enough, but has gained an extra step since the previous game. In Monster Hunter Rise, players simply need to talk to Senri the Mailman, a Palico across from the Quest Giver and initiate the process. Follow the steps and boom, done. A player who wants to join, on the other hand, needs to go through the steps of joining their friends through the same menus. Doing things this way is both easier, and a little bit more of a chore since World would just let you pick and choose a session right from the start screen, or list the sessions in order as you searched for the specific monsters players were hunting. These extra steps are truly trivial, but the fact that Capcom did not retain them from the previous game does feel like an oversight.

As far as actual gameplay mechanics go, Monster Hunter Rise looks and feels a lot like World. The skill systems have, however, received a few extensive tweaks that make it feel distinctly different while still familiar. Charms, for instance, can be crafted this time around, whereas decorations can only be found as drops from monsters. This means players now have an easier time tweaking their builds and getting things done. Rise has also done away with World’s clutch claw completely, meaning hunters can no longer shoot stuff at the monsters or use the claw to do fancy mounting attacks. Fortunately using the wirebug as a replacement is more than viable, and works just as well at getting on top of a monster’s back and riding them into walls or off cliffs. There is also no shortage of monsters in Monster Hunter Rise either.

Over 30 large monsters have made the vast open locales their home, with many more monsters promised for the game’s post-launch. The game has also been designed to beautifully showcase the monsters in their natural habitats. Locales are vast and open, with at least double the verticality offered in World, thanks to the new wirebug mechanic. As a result, the developers have been able to incorporate a series of cool new collectables hidden away in all sorts of nooks and crannies. This encourages players to strategically use wirebugs to get up high and to witness the beauty that is the world of Monster Hunter Rise. Verticality is a natural new step from the openness that was World’s main focus. While it is nowhere near as fleshed out as I would like it to be, I will concede how, at least for now, Capcom have done a great job of tantalising what gameplay in future titles might be like. The game also features absolutely no stuttering, even with the game looking as wonderful as it does.

The Nintendo Switch (and the Nintendo switch Lite) may not have the most powerful hardware, but it certainly tries its hardest to convey how pretty the world of Rise can be. The game was most definitely made with the Nintendo Switch hardware in mind, however, since there is next to no stuttering and loading is fast enough for it not to become tiresome. Optimisation is the name of the game here. However, when it comes to Microsoft Windows, it is clear how much the team at Capcom have learned from Monster Hunter: World. The game runs beautifully and features even faster loading than on Switch. While the user interface looks a tiny bit underdeveloped (it has not been updated for resolutions above 1080p), it translates well enough to a 29” PC monitor. Monsters look great, with sharp textures and smooth and natural animations; and collecting monster parts to craft new gear has never felt better. Players with the hardware can push the game beyond 4K Ultra-high definition without so much as a second thought!

In terms of what the PC port does differently, it seems to extend to graphical options only – making the two versions of the game uniform. With this in mind, it does come as a surprise how the game still has no cross-platform play, or cross-platform progression. It must be noted how the Switch version is getting an imminent expansion, but a delayed expansion in favour of cross-platform benefits would have been preferred — especially considering the PC port already comes with all post-release monsters already available to hunt. Gamepad (such as Xbox or PlayStation controllers) button mapping remains the same from past titles on PC, while the game retains Monster Hunter: World’s weird keyboard mappings. Overall, it is surprising just how well the studio managed to port the game, which is a surefire sign of good things to come for this long-running franchise’s future.

Monster Hunter Rise is a great game with only a few things keeping it from realising its true potential. As the sixth mainline entry, the game should have built upon the positives of Monster Hunter World. Instead, it forgoes things like the narrative element from World in favour of a more streamlined experience akin to older titles in the franchise. Fortunately, it also goes above and beyond by introducing a series of new elements to the franchise. Palicos are cute, but Palamutes are better. The openness of the World is great, but the verticality of Rise is stellar. Combat feels the same as ever, with the exception of the Clutch Claw having been replaced with Wirebug, which are infinitely more useful. Although Monster Hunter Rise just misses being one of the best games in the franchise, it most certainly is one of the highlights of 2021 and beyond.