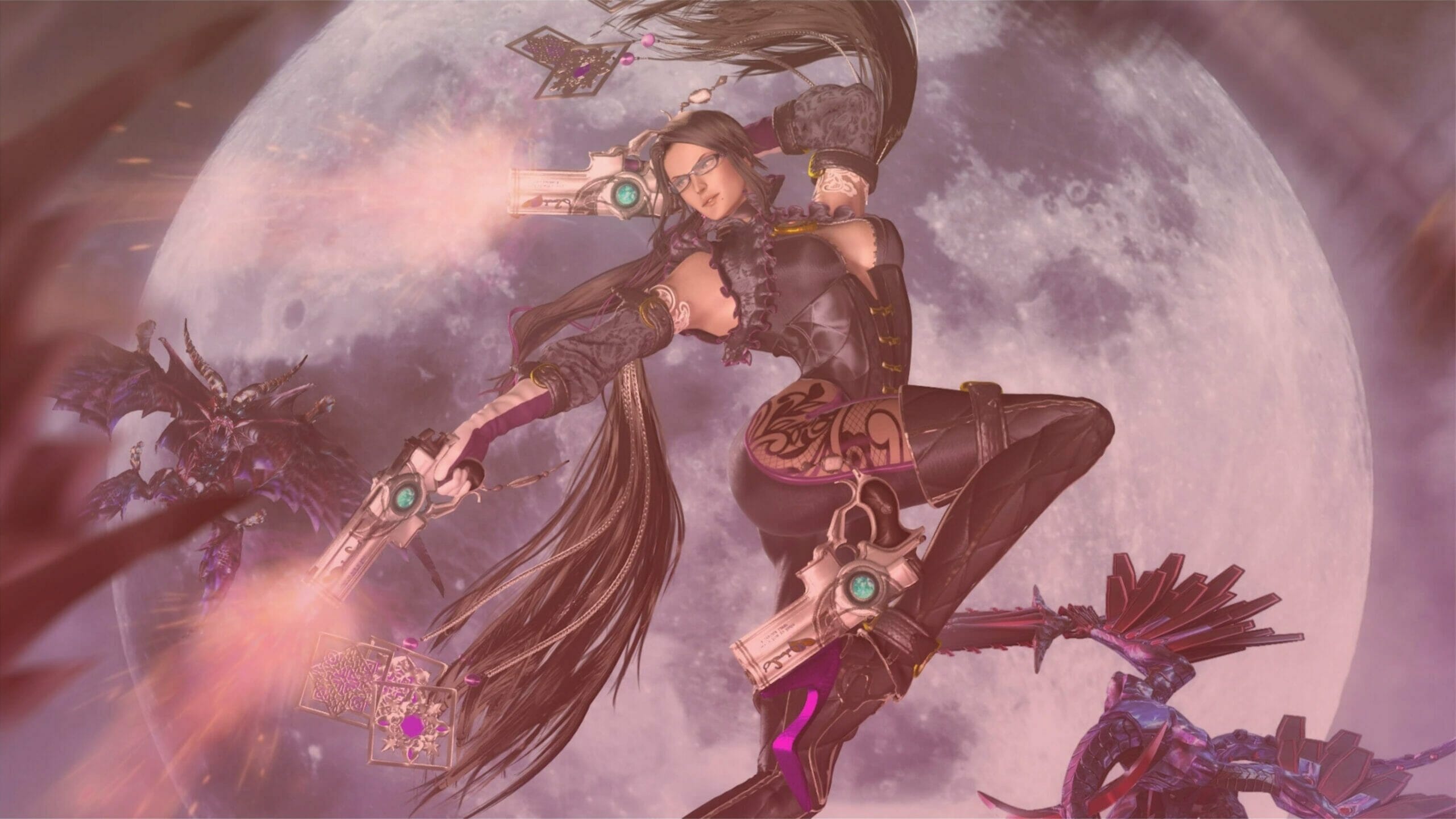 The Bayonetta franchise is considered to feature some of the best third-person hack-and-slash titles currently available. The first title comfortably pushed the limits of what gamers thought hack-and-slash titles can do, and continues to set the bar even higher than the likes of Devil May Cry. Bayonetta 2, on the other hand, elevates the bar even further thanks to a surprisingly masterful narrative doubling down on everything making the first game great. This kind of pedigree is, by all standards, quite a challenge to live up to, and yet Bayonetta 3 does so with aplomb.

The “multiverse” is an interesting concept only comicbooks and Stephen King novels have ever really managed to master. The idea of there being multiple versions of any one person and many possible outcomes of the now, resulting in alternate histories and wondrous prospects, is both engaging and wondrous. Thanks in large part to the Marvel Cinematic Universe, this herculean concept has permeated an entirely new generation of audiences; many of whom are video gamers. Some of these gamers have had the immense pleasure of enjoying Bayonetta 1 and 2, and now after many years, they can bask in the glory of Bayonetta 3.

Bayonetta 3 starts out in media res, squarely as the titular heroine is getting her butt handed to her by some unknown entity. The concept of a multiverse [and the literal word] is made front and centre of the narrative from the very start. The first 30 minutes, for example, introduce a new character called Violet, whilst also forcing the idea of a multiverse-gobbling omni-entity called Singularity, down player throats. Like its predecessors, Bayonetta 3 is, first and foremost, an action title where every storybeat is delivered in quick succession.

With that said, it needs to be noted how Bayonetta 3 is, indeed, yet another multiverse tale. Thankfully, it is a good one with its own unique flavour. The entity known as Singularity is absorbing all of existence; including the world of our beloved heroine – the Bayonetta players have grown accustomed to in previous titles. These narrative tie-bits are learnt from the aforementioned Viola, a charming new supporting character and “witch-in-training”. Naturally, Viola is not all she appears to be and seems to have mysterious ties to the Bayonetta of her own universe. She also has a cat named Chesire. Jeanne also makes her return, and even comes with her own little surprises (more on this below).

As it stands, Singularity is single handedly wiping out every Bayonetta of every universe, and has now reached the one with the Bayonetta gamers are familiar with. Predictably, players will come into contact with multiple versions of existing characters (including Bayonetta), complete with pure Dr Strange-esque interactions and shenanigans. It goes without saying how Jennifer Hale does an outstanding job at bringing the beloved heroine to life the main Bayonetta, as well as many of her multiverse incarnations.  Every version of the witch looks unique, and also feels like a person of their own accord. Players will be subjected to tons of dialogue between multiple Bayonettas, and hardly ever will the question of “who’s who” ever be raised.

With that said, the level of upscaling Platinum Games have done in terms of narrative is outstanding. In order to stand a chance against Singularity, Bayonetta and co need to travel the world and collect the doohickies that will aid in the entity’s defeat; all the while protecting and saving these locations in the process.

With one huge set piece defining the first chapter, and another going into the second, it quickly becomes evident how Platinum Games have walked the extra mile to give fans what they want: a truly cinematic Bayonetta experience. As such, bosses and enemies are integral to keeping players immersed. Thankfully, there are many enemy types and unique bosses to keep gamers entertained; almost as many as the number of sassy black-haired witches named Bayonetta.

Combat is as fast-paced as ever, requiring quick reactions and fast witts. Not all enemies are health sponges, but most of them will require a good strong hit or two to defeat. Once players fall into rhythm and combos draw out into the double and triple-digits; this is when the game’s combat truly hits its stride. It needs to be said that Beyonetta feels like the powerful god-slaying witch that she is right from the get-go – almost like the game follows directly on from previous instalments. Even so, there is a lot of new gameplay and additional forms of combat to unlock and master, making the title truly feel like a gift that keeps on giving.

Demon Slaves (massive hulking monsters, and in some cases, incarnations of the witch herself) that can be summoned during combat, make a return, and so does the massive arsenal of weaponry and abilities previous games have introduced. Acquiring new weapons lets Bayonetta turn into a corresponding agent of mayhem, affording players unique ways to take out goons, solve puzzles and explore the world. As far as sequels go, Bayonetta 3 also ups the ante by bringing in two new playable characters: Viola, and Jeanne.

Playing as different characters is nothing new to Bayonetta fans, but there is a beautiful charm to how well and masterful the change in perspective also alters gameplay in Bayonetta 3.

Playing as Jeanne effectively turns the game into a side-scroller and, while there are only a small handful of these stages, they are incredibly well done. She is mobile and her controls are surprisingly fluid (think Metroid). Viola, on the other hand, changes the game even more. As a character, she is loud and fiery. Thanks to her ties to Bayonetta, her moves mimic the witch’s whilst still feeling distinct enough to be unique. Viola relies heavily on her block compared to Bayonetta’s dodge, but her moveset is familiar enough to keep players from feeling like the game has turned into something it is not. With that said, the star during Viola’s sections is unabashedly her bombastic attitude moreso than the way she plays.

One thing to note is how Bayonetta 3 is decidedly not a console title. Much like Bayonetta 2, 3 acts as a Nintendo Switch exclusive; pros and cons notwithstanding — chief amongst those being a severe lack of resources and graphical headroom. Bayonetta 3 is a gorgeous game, but noticeable shortcuts have been taken to ensure relatively smooth gameplay. Non-playable characters (NPCs) look unapologetically average and background environments are truly visually average. However, when it comes to what matters (that is to say, the main girl and crew), nothing is left unattended. Raw visuals easily give way to fluid combat, which is most definitely a good compromise. Unfortunately cutscenes have not received the same treatment. There are notable frame drops and hiccups in many scenes. So much so, one wonders if the game would have benefitted from pre-rendered cutscenes? Regardless, it only showcases how much focus Platinum put on gameplay above all else.

Hack-and-slash titles tend to drag their feet when it comes to keeping the gameplay loop alive. Bayonetta 3, however, manages to space things out perfectly between narrative-heavy segments, exploration, and quick three-to-four minute bouts of combat. Of course, it also helps that Baonetta is infamously hypersexualised and campy; the top-notch action and story are just a happy coincidence! When all is said and done, there is no denying how the game is worth its salt in playtime. While it is most certainly nothing new, long standing fans will find everything they have asked for here, and more. Newer fans might have a more challenging time getting to grips with it all, but this is Bayonetta at its best, and is a must for fans of the genre.