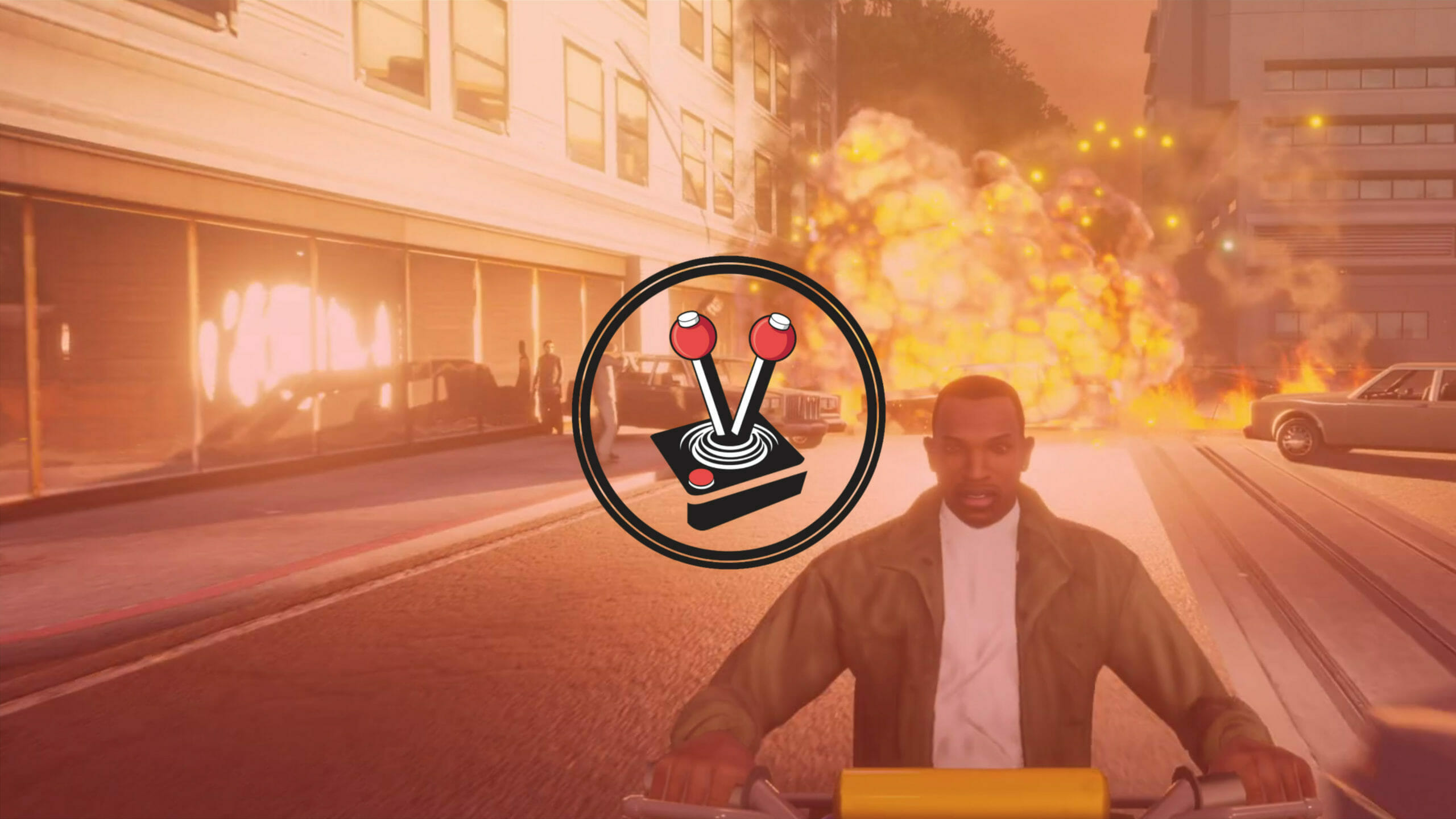 There are few video game franchises as well regarded as Grand Theft Auto. Despite its subject material, the license has grossed well over a billion dollars since its inception, and fans from around the world have run amok in its various locales – often based on iconic American cities. In the games, players carry out all sorts of atrocities adapted from organised crime documentaries and recorded history. The series also glorifies killing, and allows players to go on power trips, which other franchises like Saints Row can simply never match. The games give players almost complete open-world freedom, and a whole lot of firearms to do with as they please. Sometimes, however, they also feature pretty decent stories — of which the three best have now been recompiled into the Grand Theft Auto: The Trilogy – The Definitive Edition. Sadly, this entire package is one very hot mess.

What should have been an unprecedented remaster is nothing more than a disappointment. Grand Theft Auto: The Trilogy – The Definitive Edition aims to bring the decades-long franchise to modern consoles with revitalised models, crisp new textures, and much-needed quality-of-life improvements. Instead, the atrocities The-Company-Who-Gave-Us-Five-GTA-V-Releases-In-Ten-Years-(and-nothing-else) has bestowed unto players in the form of Grand Theft Auto III, Grand Theft Auto: Vice City, and Grand Theft Auto: Sand Andreas on modern-day consoles; appears to have used the laziest and most atrocious of methods possible.

Grand Theft Auto III was a roaring hit when it originally came out. Players were cast in the role of silent protagonist Claude, who recently broke free from police custody. Injured and beaten, Claude starts to work his way up the organised crime ladder as he galivants through life; taking on any persona he (and the player) wants. It is also the most successful remake of the bunch, with Grand Theft Auto: The Trilogy – The Definitive Edition’s reworked character models and fancy new coat of paint doing this game the most favours of the lot.

Grand Theft Auto: Vice City was a decent follow-up to III in many ways. Rockstar gave the player-character a new voice beholden to any 70s-era mobster, and allowed the plot to thrive into a starry-eyed and cinematic mafia-inspired plot. The remake, however, is nothing like the original. While textures are truly more crisp and the world feels more lived-in, the Definitive Edition “fixes” are exactly the same bugs found in the original release, fewer songs on the beloved radio stations, and entire bridges that flicker in and out of existence regardless of how close to them players get.

Grand Theft Auto: San Andreas, however, got the shortest stick. In the game, players take on the role of CJ, a reformed gangster returning home to a whole new generation of gang wars. The story is quite intriguing, however, as it depicts a nuanced drama about family and blood bonds. The remake did this game the least justice of all, with models that look all mangled, entire parts of the map rebuilt to look worse, and animations and textures so bad, modders had to jump in to fix it weeks after launch!

Upon booting the collection up on Nintendo Switch, players are immediately met with a substandard frozen-framerate ridden mess. Resolutions may not matter much when they are stable enough for gameplay, but when a game runs at less than 30 frames per second, it becomes noticeable extremely quickly. This may be the first time these titles have been ported to a Nintendo console, but that does not excuse the complete disaster that is Grand Theft Auto: The Trilogy – The Definitive Edition. While GTA III had the most work done in comparison to San Andreas, all three games are still pitiful in their execution as modern-day remasters of classics. Regardless of which game players want to tackle, loading is exponential and textures are hilarious; at best.

Characters all look like plastic and/or putty versions of what they should be, while entire models and textures in all games are blurry or entirely non-existent. Grand Theft Auto is known for its arcade-like and whacky vehicle simulation. In this collection, however, handling any vehicle either feels too stiff, or extremely loose… not to mention how reaching any kind of speed faster than 10mph turns the game into a stop-motion experience.

One of the larger issues at play with Grand Theft Auto: The Trilogy – The Definitive Edition comes by way of how nostalgic the titles are. I can write about all three games ad nauseam! However, when it comes to the current gaming experience the new compilation offers, there is simply no recourse for just how badly Rockstar has decided to treat its longtime fans. For this release, the company gave most of the development credit to a studio called Grove Street Games. Infamous for their atrocious mobile ports, Grove Street Games did not do much but port their existing Android and iOS versions of Grand Theft Auto III, Vice City, and San Andreas to Unreal Engine 4.

It is unknown whether Grove Street Games worked on quality assurance at all or whether the studio actually bothered to patch out some bugs, but that is most certainly not how it seems. All games in the collection have lazily been ported from their mobile counterparts by a company who has seemingly never worked on other platforms before. All games have furthermore been given a remaster treatment so shockingly bad, they have somehow recessed and now look and play worse than any kind of emulated version ever would; and the entire Grand Theft Auto franchise, as masterful and great as it is, will now forever be marred by incompetence — let alone three classics forever disrgraced in such a way. There is no argument that Grand Theft Auto: The Trilogy – The Definitive Edition is an abhorrent mess, and an incredibly disappointing one at that.