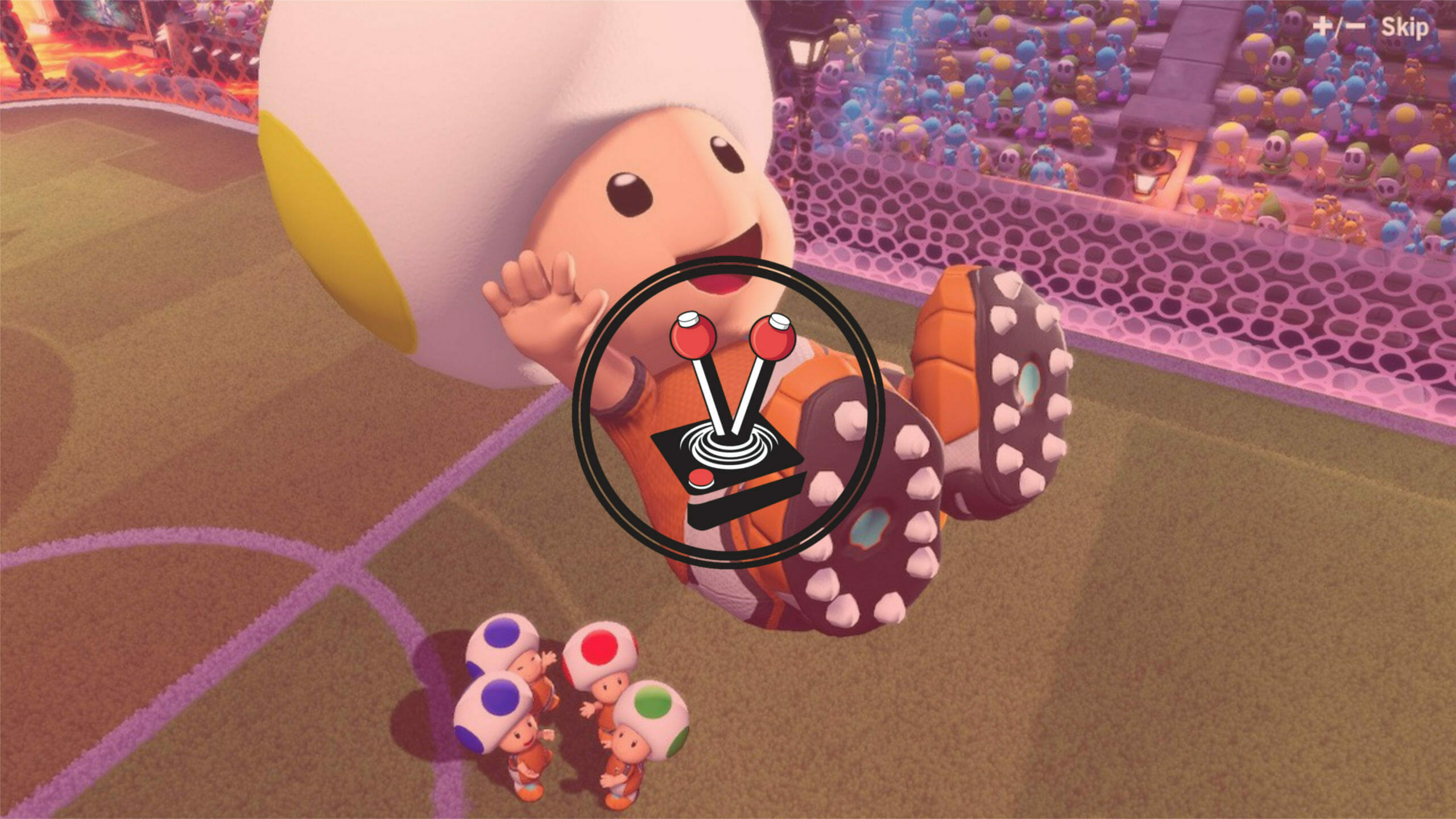 The prominence of Association Football (better known as soccer or simply football) in many kinds of media around the world is clearly higher than other sports. From games like FIFA having finally penetrated the mobile market, through to PES breaking even more sales records year on year, it is safe to say video gaming also enjoys a fair amount of football. Now Mario and his ensemble are trying their hand at football, and this is where Mario Strikers Battle League comes into play.

While already a mouthful, Mario Strikers Battle League comes with an extra moniker, “Football” on the cover; denoting its focus on the action-oriented (albeit casual) association football. As the third title in the Strikers spin-off, the game runs the risk of becoming as monotone and homogenous as many other football games. Fortunately, Mario Strikers Battle League exudes a lot of passion and contains as much personality and unique “Mario-ness” as any other Nintendo title. It is also oh-so-good.

Story-wise, Mario Strikers Battle League follows the age-old Strikers tradition of not explaining anything, therefore leaving the premise of the game a huge mystery. It is, for all intents and purposes, a simple football game with Mario flavour… and it is all the better for it. There is no winded Mario Galaxy campaign to care about, or, like, Mario Golf, unnecessary tacked on narrative for players to forget after their hundredth match. Instead, the game opens with a massive ball monster that produces a football field. Weirdly, like most modern card battle titles, the football field produced is a strange half-way split between two totally different courses. By description alone, one may think it odd-looking, but it actually works extremely well as two teams of five characters each fill the field and play football in the most Nintendo way possible.

In its simplest form, Mario Strikers Battle League is nothing more than a series of short 5v5 football matches spanning no longer than five minutes. The only means of learning what is going on comes by way of a robot mascot offering a lengthy tutorial (which is highly recommended). Thereafter, the game ideally boils down to booting it up, jumping into a match, and switching it off when done. It is actually weird considering very few Mario titles allow for drop-in, drop-out gameplay in the way Battle League does. It is great, however, as it allows players to play a few quick matches while waiting on the kettle to boil, or while sitting in a parking lot somewhere waiting for a friend or family member.

Characters, furthermore, are not exactly explained in any way other than a few tidbits of info gleaned between matches. Unlike other football games, the roster is relatively small, with only ten Mario mainstays currently available: Mario, Bowser, Donkey Kong, Luigi, Peach, Rosalina, Toad, Waluigi, Wario, and Yoshi. Each character can have their stats fiddled with via gear players can purchase using in-game currency, and have their looks essentially change completely to better fit the look of the team players are going for. In addition, characters are all also absolutely unique in how they act on the pitch. Running, jumping, and even shooting the ball, they all look and feel different with every character. In fact, there was a moment where I am certain I spotted Waluigi carrying the ball like the conniving character he tends to be, but only when my active character was looking away!

This focus on adaptability over an abundance of character offerings is a wonderful breath of fresh air too, but it does open the game up to a bit of meming — a fact Mario Strikers Battle League actually addresses when it lets players go up against a team consisting only of Toads (all five of which have been tweaked to specialise in different stats). As great as this simplicity is, it is also somewhat of a catch-22; until more characters are released, playing short matches with your favourites boils down to five minutes here and there throughout the day, more so than an actual need or want to unlock anyone else.

Much like previous Strikers titles, Mario Strikers Battle League offers the same breadth of gameplay to players of all skill levels. Controlling characters are simple, with a much bigger focus on looking shiny and cool over having players pull out hand-acrobatics in order to score a single goal. Passing (B or Y), shooting (A), dashing (ZR), and even executing the franchise signature “super strike” mechanic is a breeze. Tackles (Y, without ball) and switching teammates (ZL, L without ball) on the spot are matters of pressing the right button at the right time (in order to intercept the ball at the most opportune time), however the game also allows for automatic teammate switching for even more casual gameplay. There are even a little more nuanced key combinations players can start using once they feel comfortable, but these are more so to enhance the feel of the game than being essential to winning matches.

Beyond how quick and easy the game can be picked up and played, it is worth noting how the simplicity of the character roster and upgrade/gear system also translates to the choice of football fields. Stadiums, while cool-looking at times with the game’s half-half design, are quite lacklustre in choice. There are five stadiums to choose from at the moment, and beyond looking slightly different, none of them feature any characteristics for players to fall in love with. Even card battle games, an easy comparison to make considering the way fields are split, come with interactive elements on their boards! A quick solution would be to have different stylised effects whenever super strikes or charged lobs and passes are made. Why not have a little bit of lava spill over on the field in Lava Castle, or have banana peels be thrown on the map in Jungle Retreat? Royal Castle could have a bouncy pitch instead of grass, and Spooky Mansion can easily have a few Boos run around the edges of the pitch for a little extra flavour. As it stands, the choice of scenery is a little boring considering how simple the game is to play.

As with most Mario titles, Mario Strikers Battle League’s future lies in its multiplayer aspects. Here, friends can duke it out in matches containing up to eight total players (four on a side), in what is a refreshing change of pace from the artificial intelligence featured in the game. As with many other Mario titles at launch, multiplayer performance on launch is iffy at best, though this tends to iron itself out within a month or so. Matches can be found easily enough, and, when in a room with a full complement of players, can be quite hectic. That said, when matches with fewer players are ongoing, things tend to be a mess if there is no verbal communication present between players and the characters they want to/are switching to mid-match. Winning multiplayer matches will also award players with a different currency type used to customise stadiums, making this a must-play for any player who wants to beautify their fields. The way characters always look different, whether for a certain stat or just to look pretty, is also indicative of how customisable everything is. As a result, one may be led to believe how seeing an opposing team’s characters might be the driving force behind playing more and unlocking more gear.

At the end of the day, Mario Strikers Battle League does not come without its faults. The overall gameplay experience, along with the look and feel, will undoubtedly get a little tiring. When considering the sheer depth of characterisation, however, whether through the selection of characters, the gear they can equip, or the little ways in which characters conduct themselves on the pitch; these all serve as little reminders of how the focus is absolutely on throwing as much personality at the player as possible. Gameplay is as casual as Mario games get, and the game runs as expected. The few faults it does have makes the game a little bit of a hard sell at full price, but overall it is a good title with the ability to become exceptional in time or with a sequel.