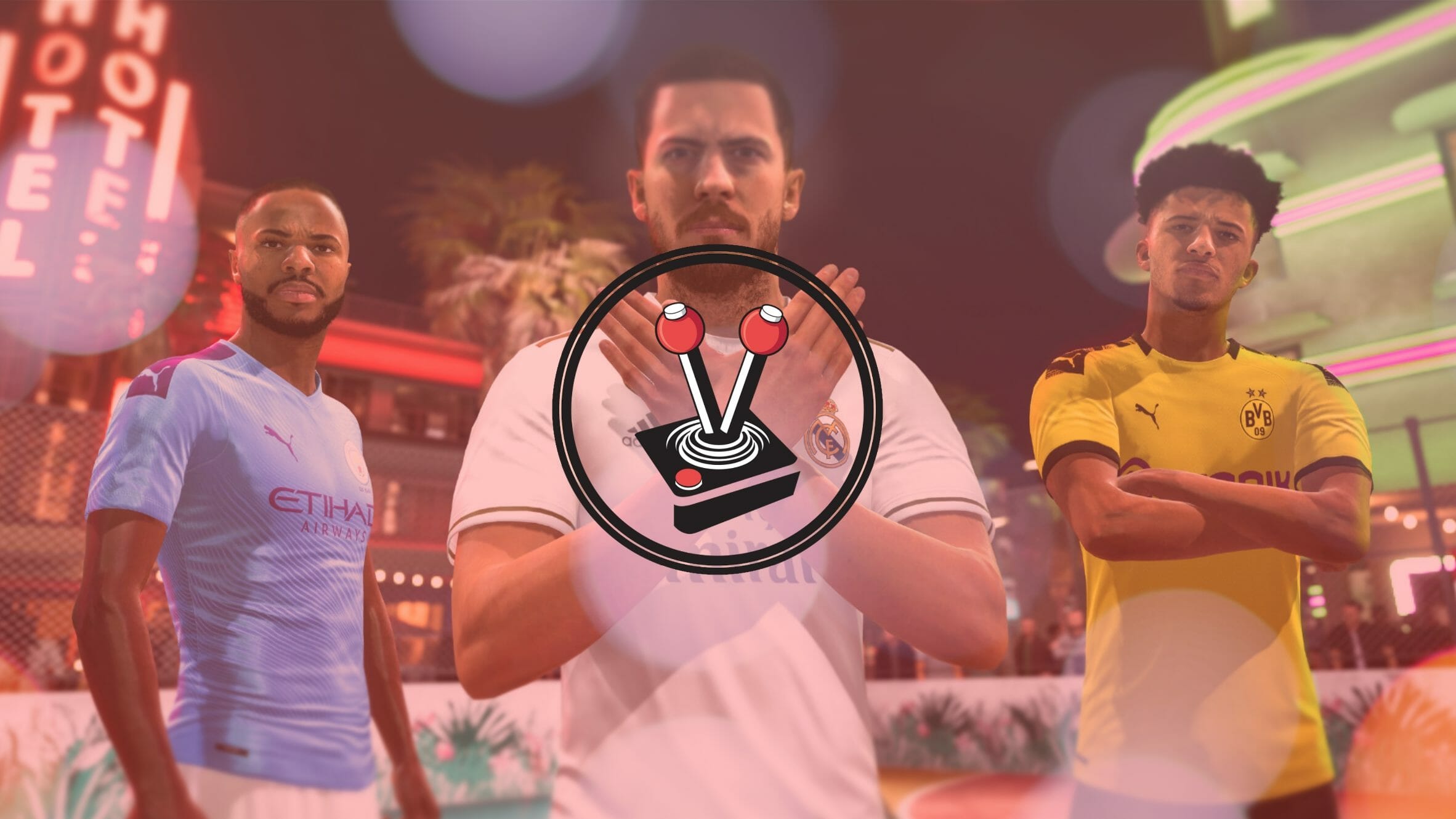 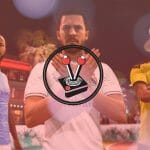 FIFA 19 was a wonderful title. It concluded the Alex Hunter saga, implemented new physics, and even improved upon the graphics. FIFA 20, on the other hand, practically marks the start of a new football (or soccer) season, and sees the return of the ever-present EA Sports opening sequence that has become ingrained in all gamers’ minds over the past two decades. It follows on from the excellent title that came before it with cool new game modes, while also trying its best to not stray too far from the FIFA path.

The FIFA franchise is a steadfast one, and many soccer fans love it dearly. It is easy enough to jump into and equally as easy to enjoy for hours, whether you win or lose. FIFA 20 retains this feeling, while also injecting brand new features into the franchise. Helping it evolve past how great FIFA 19 was. It is truly an exciting game, and in this Vamers FIFA 20 Review, I will go over exactly why this is the case.

Welcome to the big leagues

One of the greatest parts of FIFA 19 was its inclusion of The Journey – the final instalment of a three-game story spanning the life and professional career of Alex Hunter, and his friends. In FIFA 20, the exceptional story is replaced by Volta – meaning ‘to return’ in Portuguese. Volta might be new, but it tries its hardest not to break the mould. If you have played any recent FIFA title, you will undoubtedly know exactly what it has to offer.

In many respects, Volta attempts to bring the series back to its roots. It offers a rags-to-riches story with a cast of lovable characters who take you through a journey of quick matches; all glued together by several cutscenes that have no business looking as good as they do. It is very much The Journey, but without the drama or big and flashy “professional player” aspect, which dragged Hunter’s story in 2019. In other words, it genuinely feels like a brand-new adventure.

Volta’s story is, without question, the best aspect of FIFA 20. It opens up with the player creating a new character from scratch. There are a number of presets branching into a tree of appearance sliders, gender options, faces, hair, and even preferred running style and emotes. From there, the game throws you into a tryout match where you will inevitably secure a spot on the roster for the local team. Thanks to a recent upset, as well as a knee injury, team founder and captain Jayzinho has to withdraw, which results in the rest of the team booking it in search for greener pastures. The player character, and a few of the players at the club, decide loyalty should be above all else. It is now up to you, and your friends, GK and Sydney, to rebuild the team one event at a time. As great as Volta is, it can be completed in a mere six hours. A stark difference to FIFA 19’s eight-hour conclusion.

Beyond Volta, players can also expect to see the return of the stock-standard Career mode. Here, players can go through seasons of soccer and join in on championships, both big and small, as well as local and international, with their favourite teams. Literally nothing has changed from FIFA 19 in this mode, except for how all teams have been updated with their real-life rosters, and sponsorships have adequately been updated to reflect the 2019 season. Naturally, you also get to play around with the Manager template. Here you choose a club to pilot and prep for the rookie season. By changing a few key parameters, you will either make or break your team. You also get to manage actual brand-awareness, team fatigue and organisational aspects (such as finances). As always, Career mode is straightforward: keep the board and the sponsors happy, and keep on winning.

Apart from Volta’s story mode and the old faithful Career mode, players can expect to travel all around the world. Volta Football alone proudly boasts 17 “playgrounds” to enjoy, from Los Angeles to Tokyo and everywhere in-between. Tournaments and matches in Volta have varying rules and lengths to get used to, which makes squad management an important aspect. In squad management, players need to set their club name, crest, formations, and more. Players also select partners from here and set up team positions. Just like in career mode, it would serve you best to pair players with good chemistry, while simultaneously keeping everyone happy.

Winning any match and progressing in any part of Volta or the Career mode, will net the player with various currencies to keep the world in the game turning. These include trait points and coins. Trait points are used to upgrade player attributes, while coins can be traded in for swag – a menial aspect I admittedly spent too much time on. What makes it even better is the fact that you can apply all of these to teammates, which helped immensely with both keeping me from getting confused in a match and differentiating between the various peeps in my group.

Players can also expect to see a few more choices within the Volta submenu: League and Tour. In League, you take your team online and battle against players around the world. This is a feature I could not test since it would not connect to any servers while I reviewed the game. I suspect it is because of the fact that I played the game before release. Tour, on the other hand, is an offline mix pot of events and matches, which depends on how far along you are in the story. You can also play around with local “couch” co-op in this mode – a rather excellent addition that goes extremely well with the quick and smaller nature of Volta Football.

Just like with Career mode, players will find a lot of familiarity in Online, which is once again spearheaded by FIFA Ultimate Team (FUT). If this is your first FIFA title, you will be surprised to learn that FUT is a fairly simple affair, where you effectively collect and level up cards. Cards include players, items from players, and even stadium, kits and consumables. Cards come in packs and can be traded on the FIFA marketplace with other players. Getting new packs is a matter of using earned in-game currency or bypassing it entirely by purchasing Points with real-world money (yes, it has microtransactions, and no, it has not affected my gameplay in the slightest).

A neat aspect of FUT is the activities that Electronic Arts Vancouver and Romania have added over the years. These include Team of the Week, where players play against different EA-curated gangs for rewards, and events where all players around the world can work together to reach seasonal objectives to earn experience, level up, and get rewards.

Beyond all of the game modes available to the player, the gameplay itself has largely gone unchanged from FIFA 19. Character control feels as fluid and immediate as ever, and ball physics felt solid and thoroughly researched. Performing acrobatic moves, such as dribbles and tackles, feel natural and easy to perform as well. EA did tweak the animations slightly. The result are moves that are quick to cancel out of, or fluidly move into.

FIFA 20 also marks the second year with the Union of European Football Associations back in the EA saddle. Any players who have long sought for the return of the UEFA Champions and Europa League titles can now become professional “efootball” players and rank up with the best of them in this mode. Just like in FIFA 19, both titles feature in the game’s Career mode, but can also be played independently.

Like the game before it, FIFA 20 looks phenomenal. As the game begins, you are immediately thrown into a tryout match to test your abilities. Doing so sets the standard for the artificial intelligent (AI) difficulty for the rest of the game (if left unchanged). This is a flashy spectacle that adequately sets the bar for what players can expect in terms of both visuals and gameplay going forward, and the game does not disappoint.

Cutscenes in FIFA20 are absolutely outstanding. As is par for the course, EA Victoria and Romania have managed to port real faces into the game, and model them flawlessly, along with exceptional motion capture for animations. However, this has all been complemented by how well the cutscenes represent the actual in-game detail!

It is clear a lot of love went into the Volta and FUT modes, while Career feels like a copy/paste job from FIFA 19, especially in terms of gameplay. Volta looks and plays wonderfully, while FUT received a heck of a lot of polish compared to FIFA 19. Career, on the other hand, only benefits from new assets, such as textures and reworked models. The cutscenes, one the other hand, perfectly mimic what you see and experience in Volta, while it resembles Career in the most stoic sense. This is not an issue or a bad thing – I just wish that they did more with it.

Thankfully stadiums have all been updated to look incredibly crisp and clear, and non-playable characters on the side-lines have received much-needed updating as well. The 17 Volta Playgrounds, however, while small, look spectacular.

I do think that adding value to an annual franchise must be an exceptionally challenging feat. This is largely why sports video game franchises, such as FIFA, have largely receded from the triple-A spotlight. Ultimately, they have grown to only be bought and played by sports fans. However, after my time with both FIFA 19 and FIFA 20, I think those worries have largely been taken care of by Electronic Arts.

FIFA 20 might have the trapping of an annual franchise, but it also builds and innovates where I honestly thought it would not. The Journey may have come to an end in 2018, but Volta replaces it as a brand-new adventure. It sets the stage for incredibly promising sequels in FIFA 21 and 22. Similarly, aspects such as FUT have been upgraded with brand-new rosters, while Championships in the game have all been updated with the latest teams and colours. Even basic repetitive modes, such as Career and Online, have received seasonal updates. There really is not much at fault with this game.

FIFA 20 is a fun time for anyone willing to give this soccer title a shot, and will act as a steadfast milestone for any franchise regular who decides to pick it up for play. Electronic Arts may no longer be the loved brand of yesteryear, but sports still has a very good place in their hearts, and it shows.