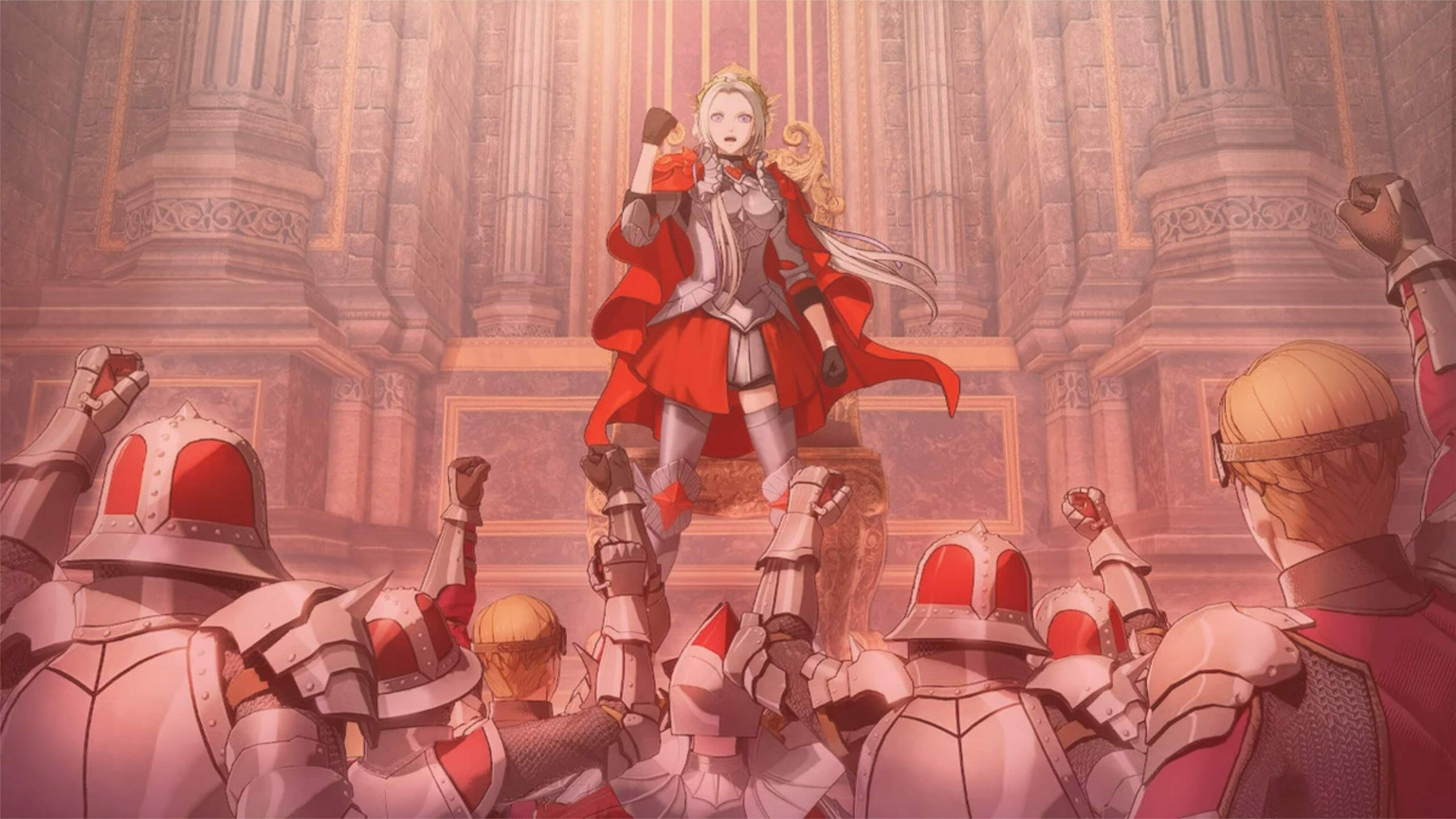 The Warriors games from Koei Tecmo feature an all-out action and explosive formula so engaging it has spawned nine total Dynasty Warriors games, a bevy of spin-offs, Samurai Warriors titles, four Warriors Orochi titles, and many more. Among these mainline entries also lies an entire spate of licensed adaptations, the least of which includes Fire Emblem Warriors, and its follow-up, Fire Emblem Warriors: Three Hopes. These games directly adapt the cult classic Musuo from Fire Emblem‘s tactical role-playing game for a whole other player base, while retaining every bit of charm the original entries are known for.

While some Warriors titles pander way more to original audiences than others, the overall experience remains a fun, button-mashing romp. Much like Hyrule Warriors, Fire Emblem Warriors: Three Houses puts a much heavier emphasis on characters from the adapted title of the same name. It ensures fans will see their favourites from Three Houses, and attempts to set up a world where iconic fan favourites come together to team up, or duke it out. The story, while passable at best, ultimately does a decent job of reigning the grandiose Fire Emblem ideas in to create a tight ensemble narrative about love and war, and what it means to be a part of the world itself.

In the game, players are immediately set up to join an elite military academy. The game then takes a turn from the original title, in that it takes place in an alternate history set apart from Fire Emblem: Three Houses. In this history, the three houses are composed of the same people as the original title. However, the original protagonist, Byleth, is portrayed as the antagonist in Three Hopes. Apart from this little alteration, however, the writers really have not veered too far down the alternate universe/history/reality rabbit hole, and have instead opted to keep things fairly similar. The result a story instantly familiar to Fire Emblem fans, whilst also serving as a step in a wholly new direction, allowing slight adjustments to be made in favour of simpler and faster narrative flow – a necessity given the nature of the title.

While the Warriors series is known for its all-out action, Fire Emblem still retains its slower nature. As such, there is quite a lot of downtime between battles. Fortunately, this extra time is used in the most Fire Emblem of ways. One of the absolute best facets of Fire Emblem is the way characters interact with one-another while on the journey. There are little interpersonal exchanges between friends and rivals; and bits and pieces of chitchat where characters will bond over mundane quirks or hobbies. Backstory can be gleaned from two-line interactions in ways feeling eerily real! Similar to how tea dates worked in Fire Emblem: Three Houses, Fire Emblem Warriors: Three Hopes preserves the way players and characters bond. Koei Tecmo’s ongoing focus on staying true to their source material holds fast once again.

As with every other Warriors title, Fire Emblem Warriors: Three Hopes once again showcases some of the most refined combat hack-and-slash gameplay currently available. Featuring the same iconic combos and movesets from previous Dynasty Warriors titles, Three Hopes expands upon the breadth of the combat system with unique character-driven movesets and inputs any Musou fan will instantly feel right at home with. With that said, Three Hopes includes a new tactical mode where players can pause the action at any time to evoke an overview of the battlefield. From there, orders can be given to capture or hold key areas, or even change it up and take the enemy head-on. It is a very handy new addition to the franchise, and a considerable one at that. Maps have grown tenfold from previous instalments too, making tactical mode a necessary reprieve more so than an optional one.

Much like how the tactical modes in Dragon Age: Origins frequently ended up breaking the flow of battles, however, so too does the tactical mode in Fire Emblem Warriors: Three Hopes. While absolutely necessary, and very welcome, there is something to be said about how often it needs to be used. A good compromise would perhaps be to slow time down instead of pausing it outright. Alternatively, one could implement it in such a way so players can fast forward or even rewind time to a limited extent? Regardless of this little hitch, it adds a breath of new critical thinking requirements to the game; something the franchise desperately needed.

Beyond the tactics mode, players enter the battle with up to four heroes under their command. Like previous titles, these heroes can be swapped at the press of a button. All heroes act uniquely, and all have their own sets of combos, special attacks, super abilities, and more. Weapon abilities featured in Dynasty Warriors 9, and its various spin-offs also make a return, albeit in unique ways helping the game retain its Fire Emblem touch. Weapon abilities cost durability to use, limiting how much players can use them in battle. There are consumables restoring durability during battles, but they are also limited in number. Players familiar with the “triangle” system in Fire Emblem will also see it featured prominently in Three Hopes, where certain weapons and elements have a natural advantage over others. Players will also see the return of Fire Emblem’s levelling and class systems, though these add much less of a tactical advantage than one might imagine. Instead, these act as a smaller buff/debuff mechanics, where heroes become only incrementally stronger with each level.

Fire Emblem Warriors: Three Hopes proves just how adaptable the Musou or Dynasty Warriors series truly is, and this extends to how wonderfully it is presented. As with every instalment, Three Hopes pushes the boundaries of what a good Nintendo Switch title looks like. Colours pop, and, with the added cell-shaded assets of the Fire Emblem series, look like a true-to-life and living adaptation of an anime. This kind of aesthetic does not come without its faults, however. There are noticeable frame drops whenever the action kicks into high gear, and loading times are extremely inconsistent. Fortunately the drops do not occur too often, and the loading quickly becomes something players get used to. It is just a bummer whenever it rears its ugly head.

There are many things Fire Emblem Warriors: Three Hopes does right, and even more it excels at. So much so, it becomes almost trivial to think of the few caveats bringing the title down, but no game is perfect. Three Hopes is, when all is said and done, a title for Fire Emblem fans and not really anyone else. It helps to push the Dynasty Warriors series in a more modern direction and it features quite a few additions the franchise desperately needs. It brings the iconic Three Houses narrative and characters into an alternate history where some of the lesser characters can thrive, and new and unique stories can be crafted. It has a unique new take on the iconic events in Fire Emblem, all of which work masterfully with the way Dynasty Warriors carries its stories. The end result provides fans with an exceptional and enjoyable experience, from start to end