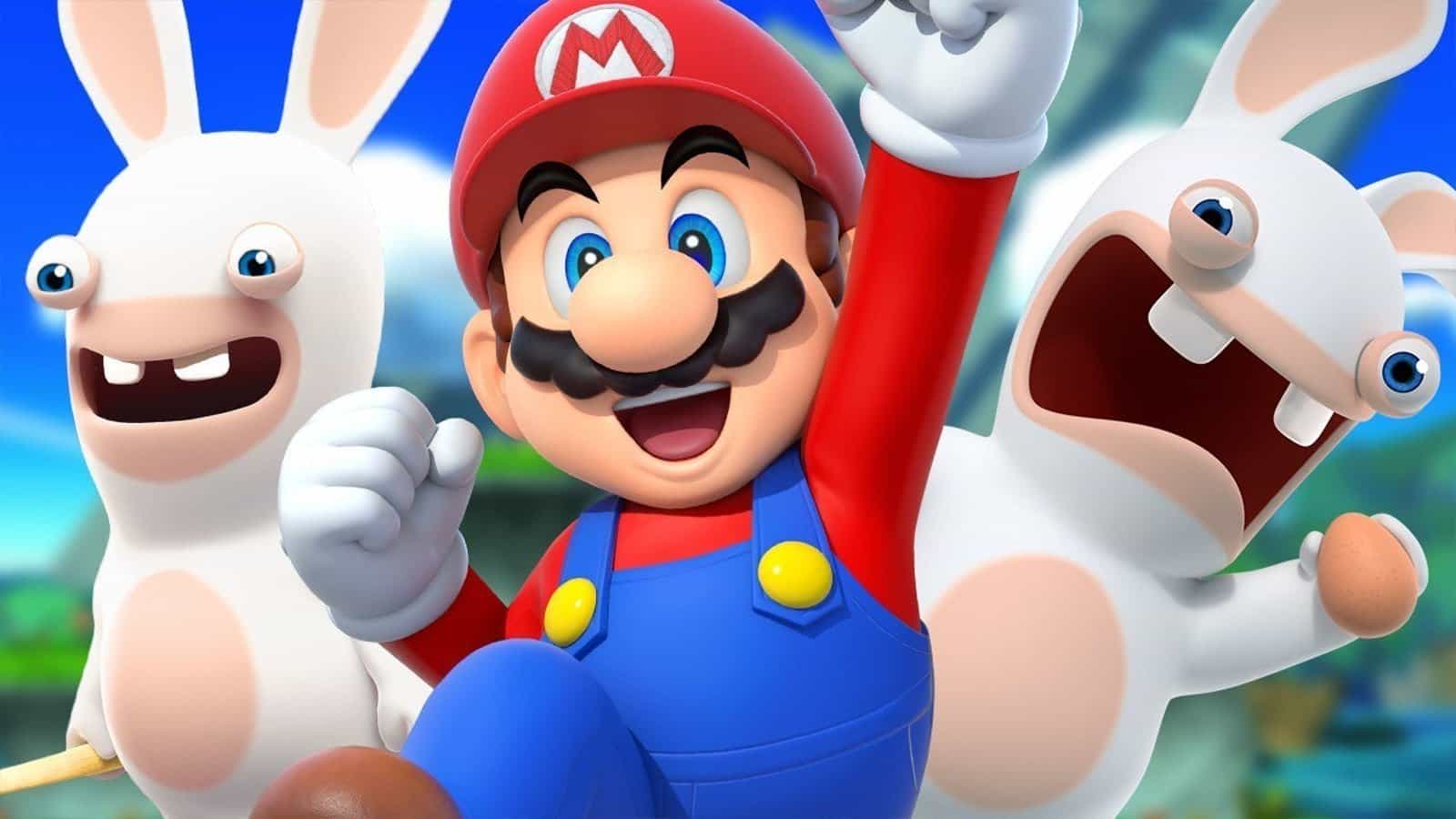 Creative Director for Nintendo, Shigeru Miyamoto, joined Ubisoft CEO Yves Guillemot on-stage during the publisher’s E3 conference. Together, they had a bit of a back and forth about how they admire one another, before unveiling an all new tactical multiplayer game.

There is no doubt that Mario + Rabbids Kingdom Battle has been inspired by XCOM, and this is truly wonderful news. The new game features guns, Princess Peach, Destructible Cover, and a Rabbid Princess Peach. Mario and Rabbid Luigi are in there too.

According to Miyamoto-san, the partnership between Ubisoft and Nintendo made sense to both parties. Not only is it the culmination of a long-standing friendship between the companies, but Miyamoto-san also admitted that he has always been a fan of Ubisoft’s games. He added that “[he] always felt the deep heartfelt passion that Ubisoft developers have for Nintendo and its characters”. It was a heartwarming thing to see, especially when Guillemot was seen applauding the director for the game.

In terms of the game, the characters seem like a healthy mix of Mario and Rabbids characters all dressed up in various Nintendo-themed gear. Matches consist of two phases, with two teams taking part in both. It looks like teams start out by exploring a Mario-inspired world where they can pick up loot. Upon encountering another team, however, a battle phase ensues. During the battle phase, the area becomes limited and strategic map features become unlocked.

During the battle phase, the player must move the characters around strategically. A blue field indicates moves that a character can do without depleting too much energy, while a yellow field indicates that the move will also finish the turn. Characters can also do special things, such as jump off each other to increase their movement range and get the advantage over enemies. Just like XCOM, players can also opt to destroy cover, which might reveal enemies. Careful, however, as destroying cover is permanent and leaves less cover for you to hide behind! As you can expect, all characters also have special defensive and offensive abilities.

All in all, the game features the usual Rabbids goofiness and mixes it up even more with the greatness that is Mario. As you can expect, Mario + Rabbid Kingdom Battle (2017) will be a Nintendo Switch title and will release worldwide on 29 August 2017.