One of Ubisoft’s most anticipated titles, Watch Dogs, has finally been given a firm release date after having been delayed numerous times. This means that gamers will no longer have to wonder when they will get the chance to hack the digital city of Chicago.

Watch Dogs will be released worldwide on 27th May 2014 for all intended platforms, except Nintendo’s Wii U. The new release date was revealed at the end of the latest ‘story driven’ trailer for the game.

Geoffroy Sardin, Ubisoft’s Senior Vice President of Sales and Marketing for EMEA, said that “We are pleased to be able to reveal to gamers all over the world the new release date for Watch Dogs” and that “We are extremely confident that the additional time we afforded the dev team to refine and polish the game will be more than worth the wait”.

Although a firm release date for Watch Dogs has finally been set, I have an issue with Sardin’s comment that the ‘additional time’ has been put to good use and that it will be “worth the wait”.

Perhaps Sardin may be correct and that, from a gameplay and underlying technical standpoint, the game is now better. Unfortunately, the same cannot be said for Watch Dogs visuals, which are definitely no longer representative of footage that was once shown at E3 2012 or even E3 2013.

At E3 2013 I was fortunate enough to watch a live demo of Watch Dogs on PlayStation 4 in Sony’s media and press room. The Ubisoft representative assured me, and the other journalists, that what we were seeing was running on “actual PlayStation 4 hardware”. The game impressed both visually and from a gameplay standpoint.

Sadly, the latest trailer for Watch Dogs as well as the recent gameplay preview from Gamestop above, clearly showcases that the game no longer features all of the graphical bells and whistles that were once promised to gamers. The startling difference in graphics can be seen in the gif below, which clearly shows the discrepancy between PlayStation 4 footage from E3 2013 and the recent ‘story trailer’. 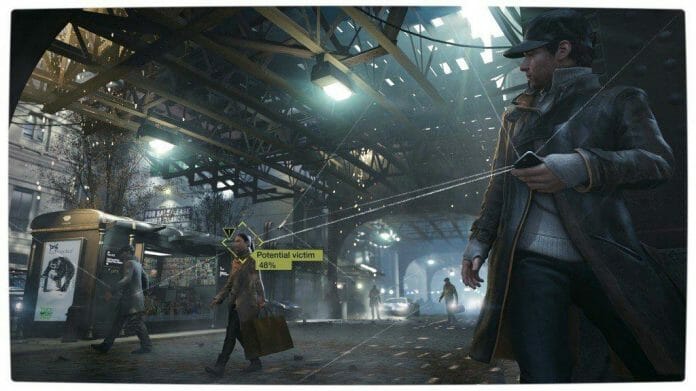 Given the additional delays that Watch Dogs has faced, I am perplexed as to why the game, which was allegedly running on next generation hardware over a year ago, now looks the way that it does. One would think that the additional resources and development time would ensure that the game would look better, not worse.

Granted the game does not look bad, it still looks good, but not as good as what was originally shown.

Ultimately, the way a game plays and its story are more important than the visuals. Yet, I still cannot help but feel disappointed by Ubisoft’s inability to deliver on their promises of a visually lush, thriving and beautiful ‘next-generation’ world within which to be immersed.