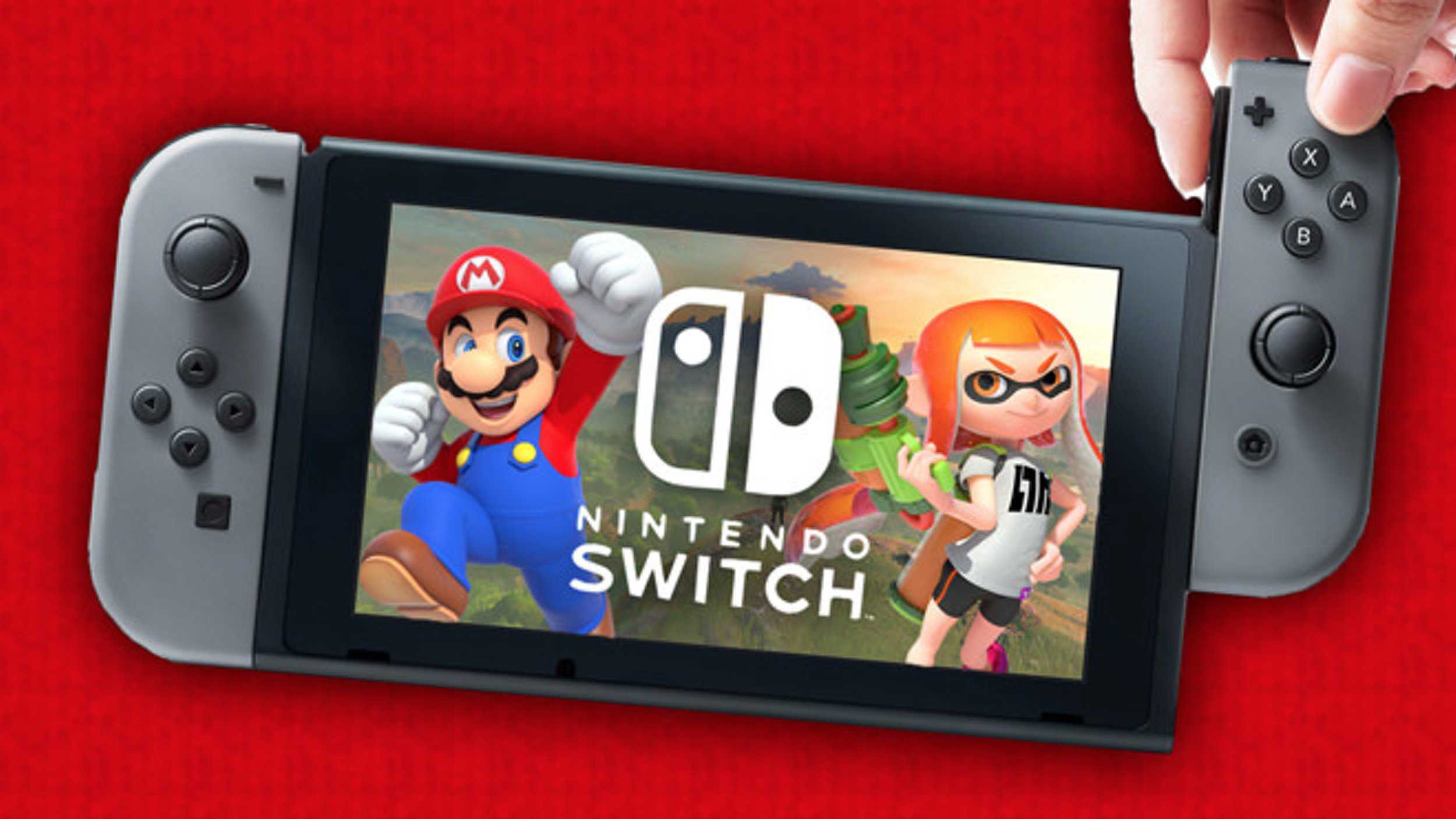 For years, Nintendo’s online gaming efforts have left gamers wanting. Unlike Microsoft’s Xbox Live or Sony’s PlayStation Network (PSN), the big N has kept its extremely basic Nintendo Online services free for all. With the launch of its newest console, the Japanese company has decided to join its competitors with the reveal and launch of the Nintendo Switch Online Service. Details of the new service are still fairly slim, but Nintendo has confirmed that this paid for service will be a ‘major improvement’ over its current free services.

Nintendo President Tatsumi Kimishima said that the service will be “free” when the Nintendo Switch launches, whereby “Users will be able to try out Nintendo Switch online services for free during a trial period after launch”, and will eventually become a “paid for service” later in the year. 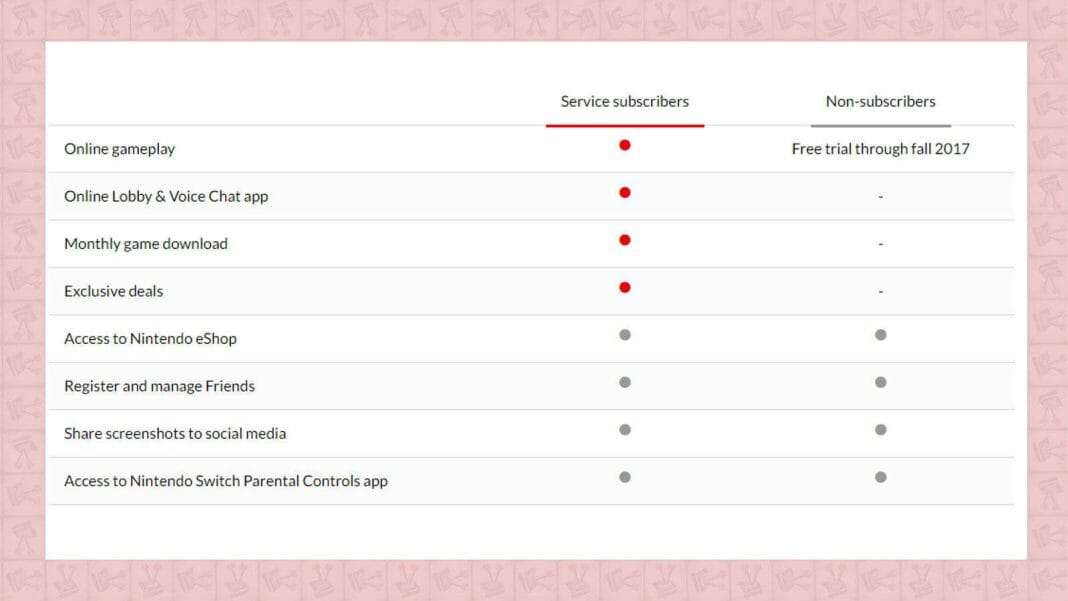 Similar to Xbox Live and PSN, the Nintendo Switch Online Service (NSOS) is aimed at allowing Nintendo Switch owners to play multiplayer games online. NSOS will even gift Nintendo Switch owners one free Nintendo Entertainment System (NES) or Super Nintendo Entertainment System (SNES) game per month. Unlike the competition, however, these “free games” will only be playable for one month. Thereafter, they will need to be purchased if gamers still want to play them. This is an odd decision, but one that will hopefully be reconsidered once the service becomes “paid for”. Nintendo also plans to offer unique discounts and special software deals for NSOS subscribers.

NSOS will also have support for an online lobby and online voice chat via a separate ‘smart device app’. Presumably this means that a NSOS app will be made available for mobile phones and tablets, allowing for the service to be run independently from the Nintendo Switch. Again an odd decision, but one that will have to be evaluated once the service actually launches. Considering how the new console does not have a built-in mic (it does have a 3.5mm headphone jack), the use of ‘smart devices’ for communication may be a necessity. 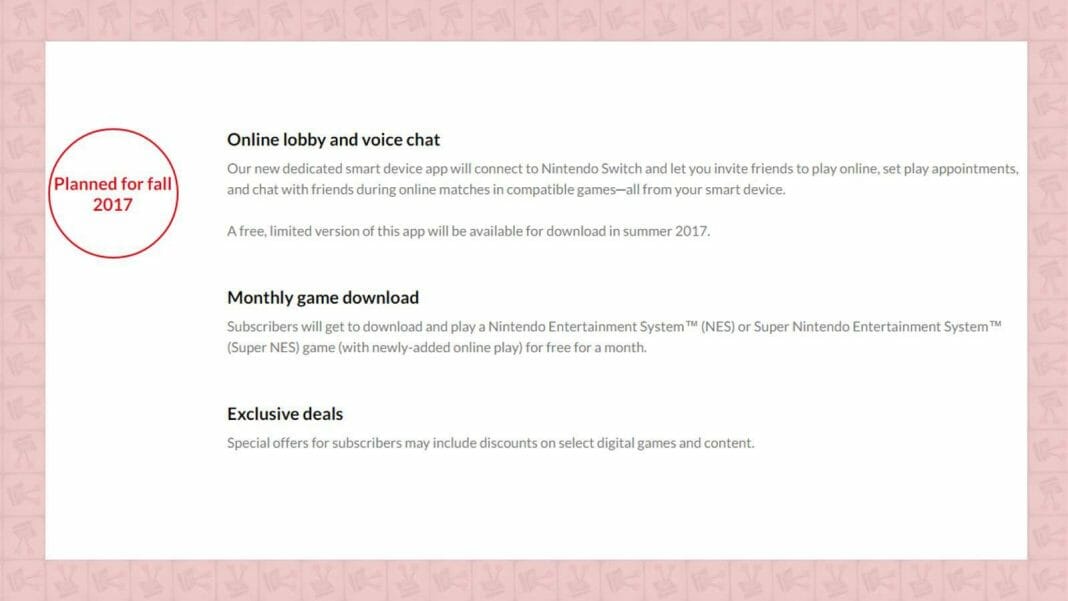 Proper online multiplayer support has been one of Nintendo’s major caveats against competing platforms. As such, it is good to see that the Japanese company is finally ready to allow its gamers to enjoy the online aspects that Sony and Microsoft players have been enjoying for more than a decade.

Given that the pricing of the service has yet to be finalised, and that it will effectively launch as a ‘beta’ in March, it is too early to tell whether or not the NSOS will be worth it.