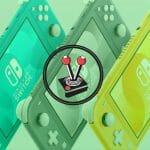 When Nintendo finally announced its successor to the Wii-U, no one expected that they would also announce the successor to the 3DS as well. Even more surprising was how both of those consoles were superseded by one single machine: the handheld/console hybrid known as Nintendo Switch. The new console was especially great for its uncanny ability to – as the name implies – switch between a mobile console with great battery and gaming prowess, and a full-fledged home console with crisp full-HD output. As great as the Switch is, however, some fans have been lusting after a proper successor to the 3DS. Two years after the release of the original Switch, and it appears as if Nintendo has listened to fans with the release of the Nintendo Switch Lite.

The Nintendo Switch Lite is a mobile-only variant of the hit hybrid console from 2017. While it still holds the “Nintendo Switch” name, it cannot ‘switch’ in the way the original did. Ultimately, there are enough changes to warrant a “Lite” suffix: it is lighter, smaller, and a tiny bit cheaper in both price and build quality; but it looks and feels fantastic. In this Vamers Nintendo Switch Lite Review, I will tell you exactly why I think this handheld-only console is the best version of the two.

The Nintendo Switch Lite is, for all intents and purposes, the smaller and cheaper version of the original Nintendo Switch. There is no mistaking this notion. Nintendo had to make quite a few changes in order to make the Switch Lite both handheld-only, and in some respects, “less appealing” than its bigger brother. However, to a fair amount of people – myself included – the smaller, cheaper, and unified design is actually more appealing. This is thanks in large part to its bolder full-body colours, which hearken back to the GameBoy Colour days of old! These include Turquoise (or blue), Yellow, and Grey. There is also a special edition Pokemon Switch Lite, with many more special editions on the way – according to Nintendo.

While the entire Nintendo Switch Lite is covered in a single bold colour, its buttons and accents are white. This stark contrast between the full-body colour of the Switch Lite and its buttons are wonderfully complementary. Making the device quite beautiful. In comparison, the stock variant of the Nintendo Switch had a big grey body, with two Joy-Con controllers of a differing colour. On that note, I must mention how the Nintendo Switch Lite does not allow for its Joy-Con controllers to be removed. Rather, they are now part of the full-body design of the device. It means games like 1-2-Switch will not work, out of the box, with the Switch Lite. An issue that can be mitigated by purchasing a standard set of Joy-Cons and pairing them to the Switch Lite. However, there is a benefit to this caveat: the left-hand Joy-Con now features a full D-pad! Finally!

It may sound counter-intuitive to the entire “multiplayer” and “social” aspect Nintendo originally tried to push with the original Nintendo Switch, now that the Joy-Cons are no longer removable. However, I think most people seldom used the local multiplayer aspect of the original Switch. I, for one, can only recall a single use case scenario since the console launched in 2017. With that said, the Switch Lite is still very capable of multiplayer – the online kind. Local co-op is a little more challenging, unless you splurge for another set of Joy-Cons (or your friend brings over another set).

On the topic of local co-op multiplayer, the Nintendo Switch Lite no longer features a stand or a television dock. Both of these are key features of the original Nintendo Switch, and help set the console apart from other home console counterparts. The dock, in particular, connects to the Switch via a USB-C connection, which then allows the Switch to output to a monitor or television for a crisp and clear home console experience. The Switch Lite has done away with the dock entirely in favour of being lighter. The USB-C connection on the Lite acts as a charging port only.

One of the defining features of the Nintendo Switch is its unique three-piece design, of which the middle-bit is basically all screen. The original Switch actually features a 6.2-inch screen, while the Switch Lite has a 5.5-inch screen. Both models, however, feature a 720p resolution. It means users who get the Switch Lite will not sacrifice the sweet eye-candy that Nintendo Switch users have enjoyed over the last two years. In fact, the smaller screen size works in favour of people who like crisp visuals. Since it features the same 720p output, the smaller screen will condense the pixels a tiny bit more and result in a better-looking display (#TheMoreYouKnow). I also feel like the screen is a bit brighter than the original, but Nintendo have made no claims to this fact.

The greatest aspect of the Nintendo Switch Lite is how there are no differences in its gaming performance when compared to the full Nintendo Switch experience. Especially considering how the smaller size now allows you to put the console comfortably into a pants pocket (well, large pockets). All of the games run as smooth as butter on the Switch Lite (since the chipsets are identical). Naturally, this means games with performance issues on the original Switch (such as how Xenoblade Chronicles 2) will have the same issues on Switch Lite; and vice versa!

With that in mind, it is worth mentioning how the Nintendo Switch Lite does not inherently support the entire Switch library of games. The reason for this is twofold: it does not feature a dock/tabletop mode, and it does not have removable Joy-Cons with HD Rumble support and motion control. Out of the box it only supports games playable in handheld mode, which is labelled on the back of all Nintendo Switch game cases or in their store descriptions in the Nintendo eShop. Many games are slated to receive updates to be compatible with the Switch Lite.

As someone who opted to fall for the Nintendo Switch hype back in 2017, the Nintendo Switch Lite seems like the perfect place to finally cave in. It is a compact, lighter, and much more solid version of the wildly popular handheld/console hybrid that has been making waves since its release.

For people who do not mind the omission of docking to a television or the local multiplayer aspects of the original Nintendo Switch, the Nintendo Switch Lite is the perfect console. The compact design feels great, and portable gaming has always been Nintendo‘s ace in the hole. With that said, I am going to come right out and say it: I want the Nintendo Switch for all the Pokemon games it will inevitably have. The cheaper price, lighter design, and, quite frankly, prettier design are surefire ways to get anyone like me to shell out a bit of extra cash for another portable Nintendo console.