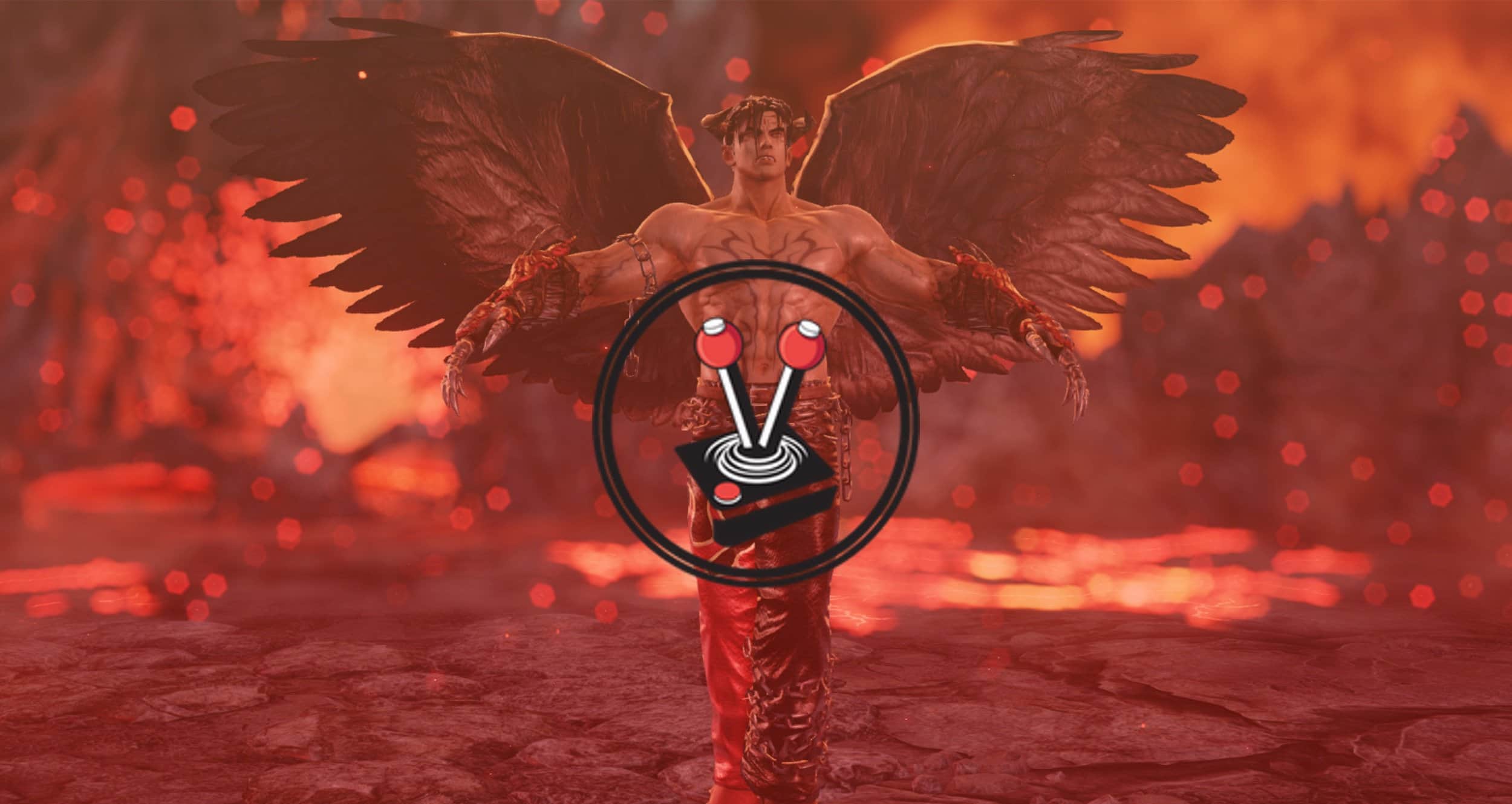 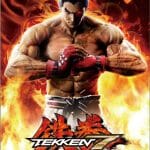 The Tekken series is one that is synonymous with arcades. When it comes to modern gaming platforms, such as PlayStation, Xbox, and PC, it has its own loyal following. This is why so many  gamers have excitedly waited with anticipation for the arrival of the seventh main entry in the franchise (for what feels like an eternity). Naturally, I had high hopes for Tekken 7… alas, I came away disappointed.

When it comes to the gameplay, Tekken 7 can be regarded as pure, unadulterated fun. Assuming, of course, that you have not picked up any other fighting game this year.

In terms of how it plays, it is far fancier and more complex than one might expect. All of the fighters have their basic moves, along with some advanced moves thrown in for good measure. Similarly, all fighters have high, mid, and low attacks that can be combined into throws and grabs. The fighting mechanic is fairly easy to grasp and, once you understand it, matches can be played easily.

However, as accessible as Tekken 7 looks, it really comes across as far more complicated than it should. Although I am an avid player when it comes to fighting games, my girlfriend is not. I mention this because she loves all of the previous Tekken games, and has always played them with me in the past. Unfortunately, she had a tremendously difficult time getting through Tekken 7’s single player campaign. Although this may not be an issue per se, since I managed to finish the campaign in a four hour sitting, I did feel that it was worth mentioning. Especially for casual gamers who might be interested in this game. 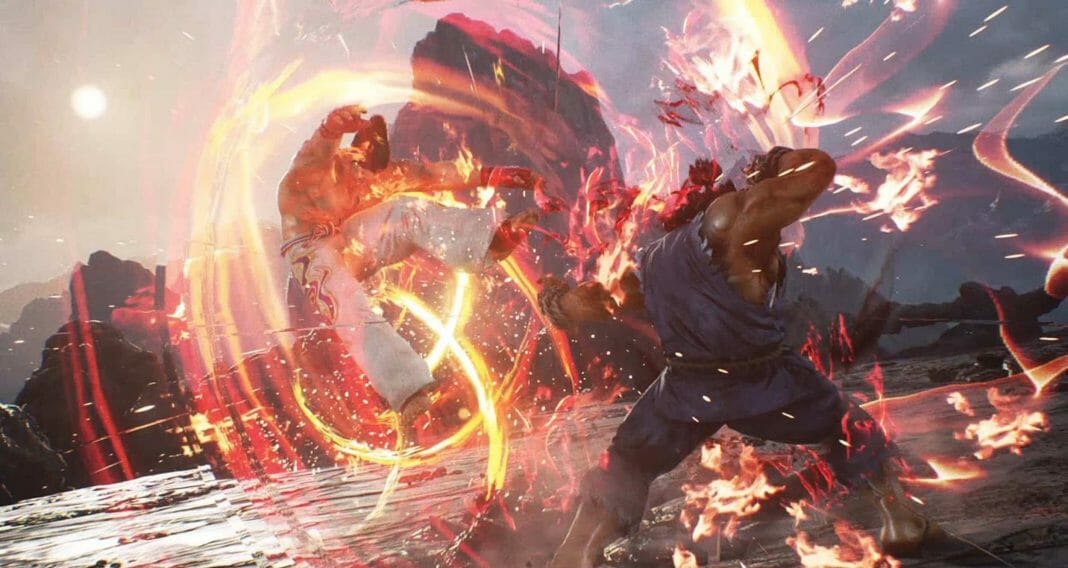 In terms of arenas and locales, Tekken 7 has a rather decent amount. There are a slew of different locations, all with their own themes. A few of these arenas even have context-specific transitions, which I found pretty neat. However, after a lot of time with NetherRealm’s excellent Injustice 2, I must admit that I felt a little cheated by Tekken 7.

Although Injustice 2 lacks in the number of arenas available, almost every fighting area has at least three different zones where you can initiate an arena transition. That alone upped the different arena count immensely for me. Tekken 7 does not have this. With that said, perhaps my biggest gripe with Tekken 7 is that it does not properly explain how to fight, especially for beginners. Let me explain.

Besides a practice mode that spells out your moves for you, and a move list within the pause menu, there is no way of knowing exactly what you need to do in order to pull off some really great combos. While the practice mode is great, this is something that definitely needs addressing. Especially for people who want to graduate from button mashing to clear and concise combo moves. Injustice 2, for instance, explains every part of the game at the very start of the campaign. This allows gamers to learn the ropes, before advancing to being able to pull off some really impressive combos later in the game.

Tekken 7’s story has an incredible noir aspect to it that I absolutely adored. Beyond that, however, the story falls short of properly doing the premise any justice, and fails to adequately deliver on Tekken’s biggest storyline: Kazuya’s attempted murder by his father, Heihachi.

The stories in Tekken games have always been pretty ludicrous, but this is no reason for the dismal storyline in Tekken 7. If NetherRealm can fit a decent story into a game such as Mortal Kombat X, and an astounding story into Injustice 2, both of which were superbly otherworldly, why then cannot Bandai Namco do the same? 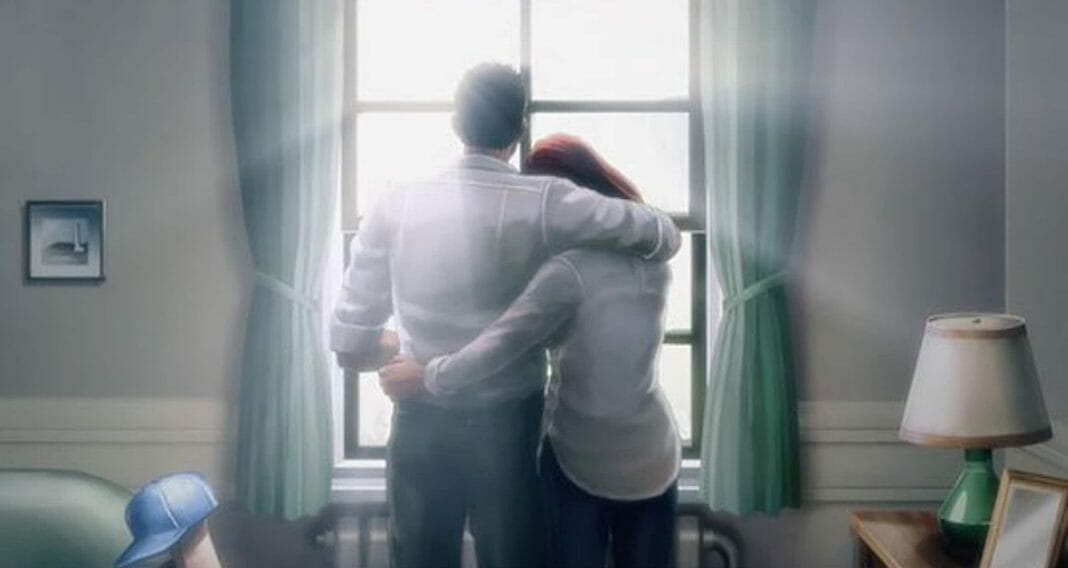 Tekken 7’s entire story is built around the fact that Heihachi has pushed his son off of a cliff some 20 years earlier. It is a culmination of the power struggle between Heihachi, Kazuya, Jin and just about every single person alive in the world of Tekken. The big problem, however, is that the story jumps around so much, with only two or three fights at any given location and time, that it feels disjointed.

The “twists” and surprises delivered during the campaign are incredibly obvious too; and when they are not, it is not because of the amazing story. Rather, it is because a majority of the characters have no idea of what is actually going on! Besides Kazuya, Heihachi, and their little bands of goons, everyone else seems to be just as in the dark as the player. The only thing that seemingly keeps it all together is the amazing narration in-between chapters… and Bandai Namco could not even deliver on that from a performance perspective.

Overall, Tekken 7’s performance is extremely good. The game itself had no frame drops during matches, and even the multiplayer netcode is astounding – even when compared to that of the already stellar Injustice 2. The game looks great and plays very smoothly. I really cannot say much more… unless you take into account the incredibly bad loading!

For the most part, loading is fine. A game can load, and although I may have problems with long load times, I can handle that. What I feel is unforgivable, however, is plopping extremely bad loading in with the narrative. This is something I have seen no one talk about in my research for answers, and I simply cannot believe that people are giving Bandai Namco a pass on this one.

I have mentioned before how great the voice over is during the single player campaign. It gives off noir vibes in a very nice graphic-novel-like story telling experience that breaks off the quick and disjointed chapters and gameplay. This is neat, and is a storytelling element that works very well. What takes away from this otherwise fantastic aspect of the game, however, is the fact that you cannot listen to a single sentence without it sounding all jumpy and jittery – like trying to watch a YouTube video on a slow Internet connection. I imagine this must be due to the game streaming in content as it loads, but the fact that it can cause these story elements to “buffer” is simply unacceptable. This should not be a thing. Ever.

I am well aware of the fact that the single player campaign is only a small aspect of the game, but it is an aspect nonetheless. I played the game on Xbox One, and cannot speak about if this issue also occurs on the PlayStation 4 or PC. I did my best to research the issue, and judging by the fact that I am seemingly the only person in the world that has this problem; it could be an anomaly or people might not think that it is a big deal. For me personally, this is a very annoying issue as it directly impacts the enjoyment of the story.

Other than that, performance is great across the board. Multiplayer was easy to connect to, and matches felt smooth and fluid. This also speaks to the great fluidity and animation attributed to all of the characters. While I did not enjoy the game as much as I thought I would, all of the characters in the game’s full roster felt complete, each with minds of their own.

After Injustice 2 spoiled me with a lootbox lottery system, character customisation felt like a must-have for any game going forward. Colour me impressed when I found out that an incredibly expansive customisation system does exist in Tekken 7! Every win against Artificial Intelligent (AI) opponents will net you unlocks in an absolutely huge library of cosmetics. Unlocks range from totally out of this world goodies, to minor colour changes. Either way, this alone spurred me to play a teeny while longer than I thought I would. 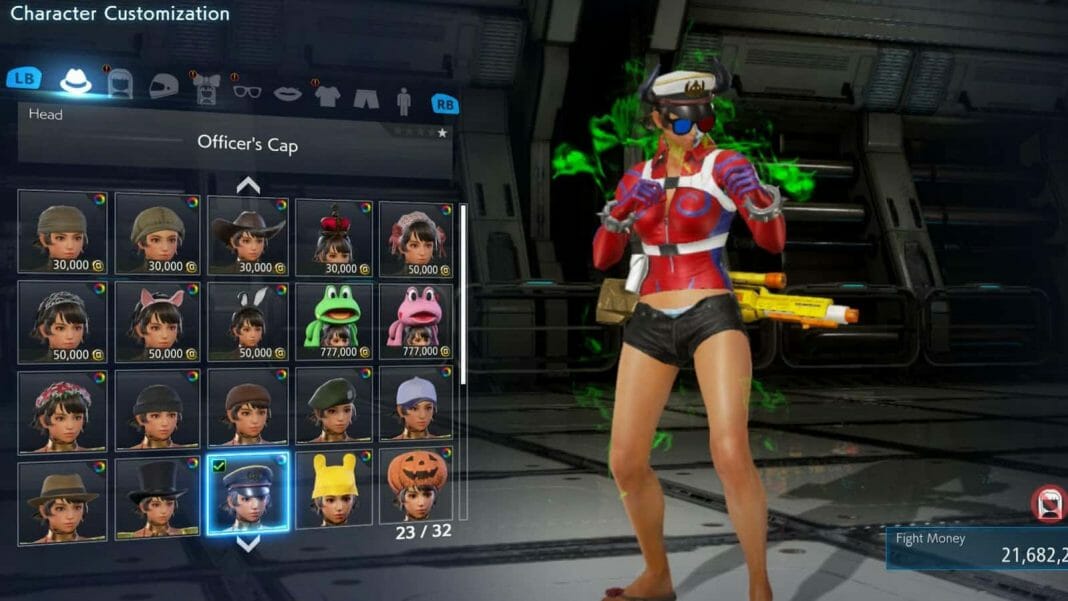 The customisation aspect alone is what, I suppose, makes Tekken 7 as “arcadey” as it is. Every single unlock feels like another thing that you have unlocked by trading in tokens at the vendor after a long day of playing arcade games. With that said, many of the unlocks require a bit of skill, but they are all worth it. From giving Kazuya rainbow wings, to adding a Jenga (yes, an entire Jenga tower) hat to some of your other characters, it all feels great.

This is perhaps the most memorable, enjoyable and redeeming factor of my entire experience with Tekken 7.

Tekken 7 is a decent pick-up for anyone who loves playing fighting games, regardless of what it brings to the table. It is the kind of game that is worth purchasing, but only after it has been discounted (at least by 30%). The game is unforgiving to new players, and fails to explain anything upfront for those who hope to master the game without arduous trial and error.

The story is good, albeit disjointed, and has a neat noir-style narration that is only soured by the ludicrous way in which Bandai Namco decided to implement loading. With that said, however, performance across the board is good and multiplayer can be fun.

In the end, I feel that if Tekken 7 released a week before Injustice 2 that it would have had an entirely different score than the one I have given it today. As it stands, Tekken 7 has proven itself to be the weaker option between the two fighting games. If you want an incredible multiplayer experience, with a bunch of characters, an entertaining story, excellent facial motion capture, and much better gameplay, get Injustice 2 instead (it is just a much better game, overall).