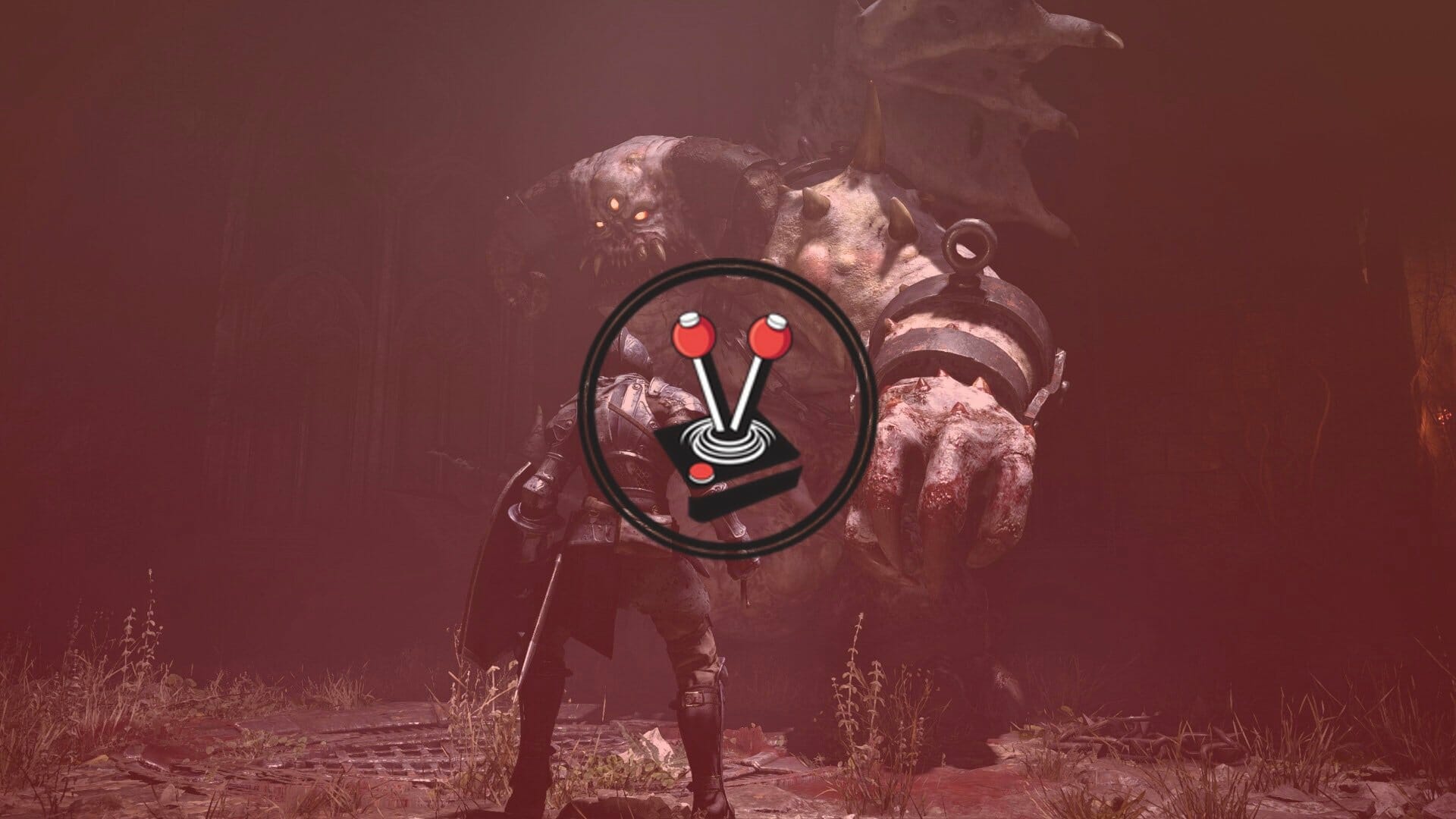 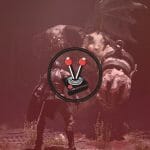 In 2009, a game titled Demon’s Souls effectively started a revolution. It took Metroidvania-type gameplay and married it with third-person adventure and light role-playing game (RPG) elements. The result became the Soulslike genre. It effectively pushed FromSoftware, a studio widely known for its excellent work on Metal Wolf Chaos and Armored Core at the time, into an action RPG direction. Eleven years later, FromSoftware has pioneered the Soulsslike genre and repeatedly released new titles pushing the genre into a more focused direction. Thanks to titles like Sekiro: Shadows Die Twice and Bloodborne, it is a genre so far removed from its original twisted Metroidvania origins that it might be hard to go back to the game that started it all. However, maybe that is exactly what the genre needs, with the brand-new Demon’s Souls serving as a breath of fresh air?

While FromSoftware has slowly been chugging away on Elden Ring, the highly-anticipated open-world Soulslike first announced in 2019, Sony has tasked Bluepoint Games to bring back Demon’s Souls in all of its 2009 glory. This time with also sorts of improvements to signify the game as a 2020 release. While it is no secret Bluepoint could do it (the studio is responsible for some of the most masterful ports and remakes), no one expected them to tackle such an iconic title in such a superb way. Demon’s Souls may be the first Soulslike to grace gaming, and it has surely aged quite a lot in the last eleven years, but does the original gameplay still hold up to today’s standards? Turns out, it most certainly does.

Anyone who has played a Soulslike before will feel right at home with Demon’s Souls – relatively speaking. While many of its quirks come down to its age, it is widely regarded as the most challenging Soulslike of the lot. Many of the original game’s elements have been streamlined and tweaked to better suit more modern games, but a lot of the original mechanics have a serious amount of charm to them. The kind of charm that no other FromSoftware game has managed to capture in the years since. The remake may not exactly be the original, but it brings back a lot of what made the first game so good.

Although Demon’s Souls is considered as the ‘grand daddy’ of the genre, my Soulslike journey only started with Dark Souls via a huge petition to bring it to Microsoft Windows. FromSoftware, who had only developed for console up until then, reluctantly ported Dark Souls over to Windows Live after the petition saw a record number of signatures being sent the studio’s way. It was wonky, and gamers could tell the studio had no experience with the desktop platform. Even so, the game held up for many to enjoy. So much so, that it made me actively seek out ways to play Demon’s Souls on a non-console platform. Needless to say I never really got far in the game since PlayStation 3 emulators were finicky. As such, I went into this Demon’s Souls remake mostly blind and I am truly so glad I have been able to!

Right from the get-go, the game asks players to create a character from scratch. From what little I remember, coupled with my extensive experience on all of the Dark Souls titles, this character creation is incredible. The creator first presents you with the choice of body type before it lets you fine-tune pretty much everything you can think of. In many ways, it reminds me of the extensive character creator from Monster Hunter: World. While it is not as extensive, it feels similar in almost every way, and that is most definitely a good thing.

Character creation also lets you choose a starting class for your character. This is where things get interesting. In all Soulslike titles, the class you choose at the beginning does not necessarily lock you into any particular playstyle. Rather, it is only meant to guide and give you an idea of where to allocate points whenever it is time to level up. In other Soulslikes I tend to lean toward strength builds with big weapons or massive tower shields. As such, I chose the heavy rolling Temple Knight as a starting class. Other classes include the magic-using Royalty, the Hunter, Thief, and even the standard Knight, which is a light shield and straight-sword wielding class. Whatever you choose here, the game will let you do your own thing pretty much from the start.

Another aspect Soulslike fans will notice is the obscene lack of interweaving level design Demon’s Souls offers. In Dark Souls, Sekiro: Shadows Die Twice, and even Bloodborne; the interweaving level design, where levels fold in on themselves and checkpoints are few and far between and brought together only by clever shortcut placement and so on, is at the forefront of the gameplay experience. In Demon’s Souls, it is quite the opposite. Demon’s Souls features stage-based designs, all of which are held together by a single hub. From the hub, which is appropriately called the Nexus, you can go to one of five stages that are in no way linked with one another. From there, you are mostly meant to move forward as you pass through labyrinthine levels that eventually end with a bonfire-like portal to the next level of the stage.

There are still some shortcuts that allow you to make it through the level a little bit faster when you inevitably die, but there are no checkpoints whatsoever. Once you die, you return to the Nexus, where you can choose to tackle the stage from the start. Of course, if you have made it far enough in a stage, you will eventually go up against a Demon boss. These bosses are huge and hulking creatures compared to all of the other enemies in the game and come with massive health bars. Once you have defeated one of these bosses, a true checkpoint will appear in their stead.

The levels themselves are quite unfathomable at first glance. Every stage is unique and comes with its own set of non-playable characters, armour sets, and more. On the topic of enemies and the level design, it must be noted that FromSoftware’s classic enemy placement still holds to this day. Demon’s Souls has enemies hiding away in the darkest little corners of the tiniest rooms. It is imperative for newer players to always be on the lookout. Listen carefully before you enter a room, and when you do, make sure you can back away to safety. It also helps to always have a shield up and ready!

The beauty of Demon’s Souls is that it stays true to the original release in almost every way. However, there are a few things the gameplay needs — things that do feel rather dated. Healing items, for instance, do not come via an Estus Flask like in older From Software titles. This means they are a rarity that can be depleted if used. Similarly, they also have a weight value now, which means you cannot just hoard them in your inventory. This makes every run through a stage a matter of strategy and how much you are willing to sacrifice in terms of your dodge rolls (since carrying more means your dodges are slower). A character clad in heavy armour like the Temple Knight, even more so.

Fortunately, everything about the game looks stunning. It was clearly developed with the knowledge that it was going to be released on PlayStation 5. Everything from the lighting, model quality, and even textures are utterly phenomenal, to say the least. The game also runs at a smooth 60 FPS. Similarly, the particular effects seen throughout the gameplay experience are great.

Bluepoint have successfully managed to remake the original FromSoftware title into an experience made for modern audiences. The beautiful new visuals go hand-in-hand with the monstrous designs of some enemies. It also showcases the best possible viewing experience whenever players travel to and from the Nexus as they quest to bring the world peace from the demons who invaded the worlds of Boletaria. I will mention that there are some bits and bobs here and there were monsters and enemies, together with a bit of level design, leaves a lot to be desired. This largely comes down to some weird texture pop-in that seven to pull from the immersive quality of the title. Courtesy of how the PlayStation 5 is currently set up, I could not test whether this problem persists on different solid state drives, so I just had to sit with it whenever it happened. Thankfully, the pop-in was only obvious in two of the five stages, and even then it was reserved to areas closer to the boss encounter.

Another facet of Demon’s Souls on PlayStation 5 that I feel could have been so much better is the game’s integration with the new DualSense controller. The haptics are nice and powerful and I particularly like how it interacts with the game whenever my character vaulted over objects or sprinted through hordes of enemies. What I did not like, however, is how weak the triggers felt in some aspects, and how much resistance they gave in others. There simply was no consistency! The Dualsense speaker also annoyed me much more than I thought it would – I dislike the fact that sounds came from where my hands were, and not entirely from how I set up my speaker system. Of course, these are personal grievances and every gamer will feel differently. Fortunately the qualms about the Demon’s Souls interaction with the Dualsense controller will get ironed out with time and future games will hopefully implement the new features better than the launch titles have.

There is much to like and enjoy with Demon’s Souls. As a remake, Bluepoint have brought a beloved classic to the future in a rather spectacular fashion. Despite a few technical niggles here and there, and disappointing integration with the DualSense controller, the game offers an otherwise exceptional experience. From the way levels must be tackled strategically, through to how gear must be chosen beforehand, knowing that everything has weight including curatives, is an added stress that players might not realise they wanted from their Soulslike games. Serving to make an already challenging experience even more rewarding, further inciting how this original title truly is the grandfather of all Soulslikes, and for good reason. The Demon’s Souls remake is a masterful experience truly showcasing how its genre-bending tropes led to the creation of the Soulslike experience it is known as today.