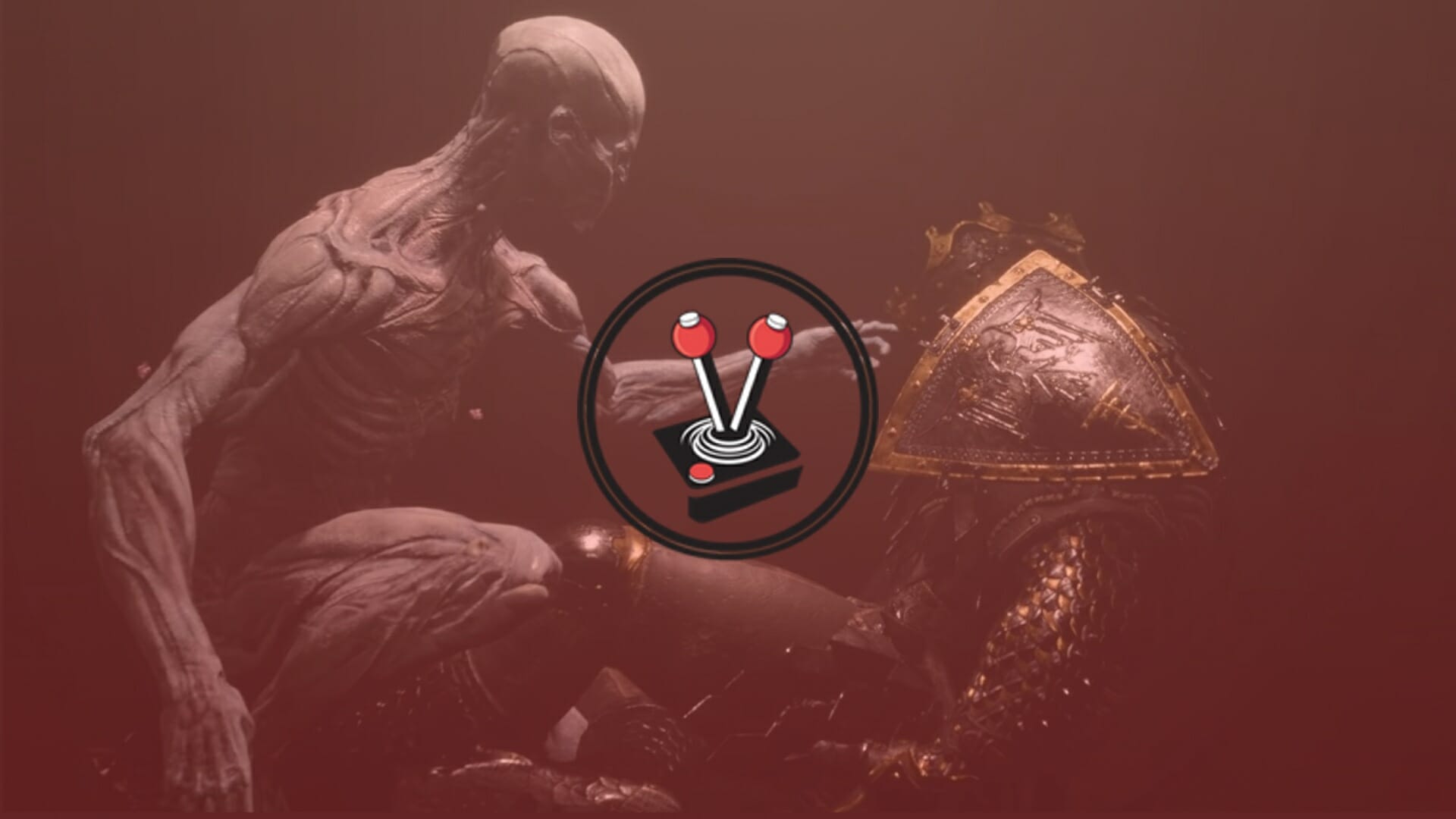 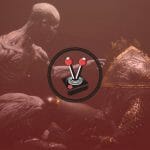 I fondly remember jumping on the hype train that was the movement to bring Dark Souls to Microsoft Windows. Developers FromSoftware Inc. had no plans to ever develop for PC. At leat not until a single petition swept the gaming community and proved how Dark Souls more than belonged on the platform. Fast Forward nine years and FromSoftware is now known as the grandfather of the Soulslike genre on all platforms – Windows included. The genre has seen a boom in recent years with Soulslike titles like Nioh and The Surge 2 keeping gamers busy. This begs the question of whether Dark Souls and DemonSouls will forever remain at the top of the Soulslike genre, or eventually be usurped by another? Mortal Shell may be the freshest Intellectual Property this side of the genre, but it most definitely gives the king a run for its money.

It is no secret that games based on Demon Souls and Dark Souls are some of my favourite titles. I scored both Sekiro: Shadows Die Twice and The Surge 2 favourably due to how they help keep the genre afloat. In my mind, there is something beautiful about a game designed with trial and error in mind, while continually offering tools to master, a gameplay loop resembling a beloved Metroidvania; and packaged in a fantastic third-person adventure game wrapping. This is why it is important for new Soulslikes games to be true to the genre whilst keeping things fresh. Mortal Shell mostly succeeds in the regard, with its souls and classes driving the gameplay forward and pushing it beyond what is expected.

Much like Sekiro: Shadows Die Twice, players have multiple attempts before they succumb to fatal blows. The concept of Mortal Shell is quite an intriguing one: instead of stepping into the shoes of a custom character with a class, players are thrust into the body of an immortal being who can embody “shells” – former bodies of travellers and warriors, each with their own unique strengths and weaknesses. These shells come in all shapes and sizes and act as the first “life” enemies breakthrough when dealing fatal blows. When enough damage has been dealt, players are forcibly thrown out of their shell. Thereafter, they have a second chance at life in their normal form with only a fraction of health remaining. Players have the option to evade and/or kill whatever enemies best them the first time, while attempting to gain control of their shell once more or to run away. Admittedly, running away from the killer might be a cowardly, yet very sound, strategy. Healing items are few and far between in Mortal Shell, and while recovering the shell will reward the player with a full health bar, the player may be better off returning to the hub area and trying again. Death comes at the player fast in the game, and there is minimal hand-holding.

In terms of the game’s narrative, Mortal Shell is as straightforward as Dark Souls… and that is not saying much. Developers Cold Symmetry has marketed Mortal Shell as the “indie Dark Souls”. As such, and rather than focussing on an outright story that needs to be told, Mortal Shell offers glimpses and teases into an overarching narrative told through the environment and item descriptions. Therefore, the focus is on finding more shells and figuring out exactly who bore those shells before, and what their strengths and weaknesses might be, as the player progresses through a truly beautiful world.

While Mortal Shell seems like it is deliberately vague about its narrative, like most FromSoftware titles, it does offer more information the longer the title is played. With this in mind, each consumable remains a mystery until used for the first time. This encourages experimentation with all kinds of items before fully understanding whether they are good (or bad) for the character. With that in mind, here is a little #ProTip: ensure the character’s health is at 75% or higher before eating something questionable. In any event, finding out whether the item is useful or not is only the first step in progressing through the game, and experimenting is often rewarded. A nice example of this is a lute found early in the game. Playing it enough times will eventually inform players that they have been – spoiler alert – pulling the aggro from all the enemies in the immediate vicinity with every play! Who knew?

Apart from consumables that may either heal or kill, there are also items similar to “hard souls” in Mortal Shell. These come in all shapes and sizes — usually in the form of a tar mushroom — and is the Mortal Shell equivalent of Souls: tar. In the game, players may use both tar, and a resource called “glimmers”, to upgrade their shell and to trade for tools and other equipment. Upgrading the shell is exactly what it sounds like: the player walks up to Mortal Shell’s equivalent of the firekeeper, and proceeds to “look into the player’s true self”. Once there, a fixed amount of tar and glimmer must be paid to learn who the actual bearer used to be before the player can upgrade aspects of the shell and plays to its true strengths. Interestingly, Mortal Shell does not feature a class system that locked players into a singular role. Rather, players must find and play toward the strengths of the shell. The first one the player comes across is a massive sword-wielding shell with balanced stats, whereas others are fast and nimble or slow and strong, respectively. Once most have been found, players can select to play with the shell they resonate with the most.

The #ProTip mentioned above is said with sincerity. Death is fast approaching in Mortal Shell and is a continuously worrisome aspect of the game. In many ways, the title takes its lack of hand-holding to the extremes and might even come off as rather unfair at the start. Enemies hide around every corner and approach quickly. The number of times I needed to respawn under the phrase “I have kept your flesh safe, Foundling” and its few derivatives is immeasurable. Like most FromSoftware titles, players need to find their lost resources by returning to the area they perished, and interacting with the red orb or hardened shell on the ground. Thankfully, Mortal Shell encourages the use of “hardening” to get by – I have found that hardening the moment I find my resources will often save me from being killed right where I have died before. Hardening, as the name implies, is the go-to defensive ability the game gives you right from the start. By tapping and holding the hardened button (left Trigger on Xbox), the shell will harden in place until attacked, or until you press a button.

An enemy hitting the hardened shell will oftentimes have their attack bounce off, or at the very least save you from a fatal blow. The beauty of hardening is how it can be done during literally any action. This opens the floor to many combinations of attacks, deflects, dodges and so on, with hardening strewn in there for good measure. Granted, hardening does have a cooldown timer and will only be available in steady intervals (unless upgraded or naturally boosted by a shell), so players are still encouraged to enter combat strategically.

Exploration might seem demanding at first, but once players find Fallgrim Tower and talk to The Prisoner, they will be bestowed with a Tarnished Seal, which allows for parrying. This brings the Dark Souls nostalgia back in wafts, but ultimately still ends up taking a form of its own with a weird hold mechanic I just cannot get around to mastering. Parrying is easy enough when enemies swing clubs and maces, but becomes a challenge once monsters and animals come into the equation. Fortunately, the Tarnished Seal also comes with the ability to alert the player to incoming unblockable or fast attacks. If these show up, the easiest form of avoidance is to simply dodge out of the way.

Dodging may seem challenging at first as well, but once the Tarnished Seal is in-hand, dodging will easily turn to the de facto form of escaping combat. Thankfully, the environment is easy to exploit. This is in large part thanks to its massively interweaving nature: there are bridges and natural outcropping everywhere. The first main area, Fallgrim, puts the sheer amount of interweaving pathways at the forefront while later areas are essentially just special variants thereof. This form of level design has both its pros and cons, but ultimately proves just how much Cold Symmetry have learned from FromSoftware. The open marshland of the first area beautifully contradicts the tight corridors and claustrophobic spaces of the second dungeon area, which in turn goes wholly against the third area… all of which weave together with the most beautiful level design I have seen since Dark Souls graced my monitor for the very first time. While Mortal Shell will not win any awards for its aesthetics, it is most assuredly one of the prettiest Dark Souls “lookalikes” available. The game beautifully brings back the same feel from Dark Souls – a feeling no other FromSoftware sequel, spin-off, or third-party title has been able to replicate. It is dark and melodic with hints of high fantasy and teases of a vast open-world currently being lived in and going through its evolutionary process.

There is a certain beauty to something that unashamedly calls itself a copy. Mortal Shell even goes so far as to centre its entire marketing around the fact that it is the new Dark Souls game on the block. This largely results in doing a disservice to the game since it truly is so much more. Mortal Shell is to Dark Souls what Gears Tactics is to XCOM. It takes the tried and tested formula, wipes away all the years of hubris the original developers have grown accustomed to, and brings back the initial excitement of the first title. It works on those original premises and ideas and instead of replacing Dark Souls, it stands next to it as the new benchmark of the genre. In many ways Mortal Shell is as unpolished and raw as Demon Souls, but ultimately captures the heart and soul of what Dark Souls was, Dark Souls II wanted to be, and Dark Souls III only somewhat achieved. It is a beautiful homage to the original Soulslike titles and comes in strong as a competitor that will stand the test of time as the quintessential Soulslike game.