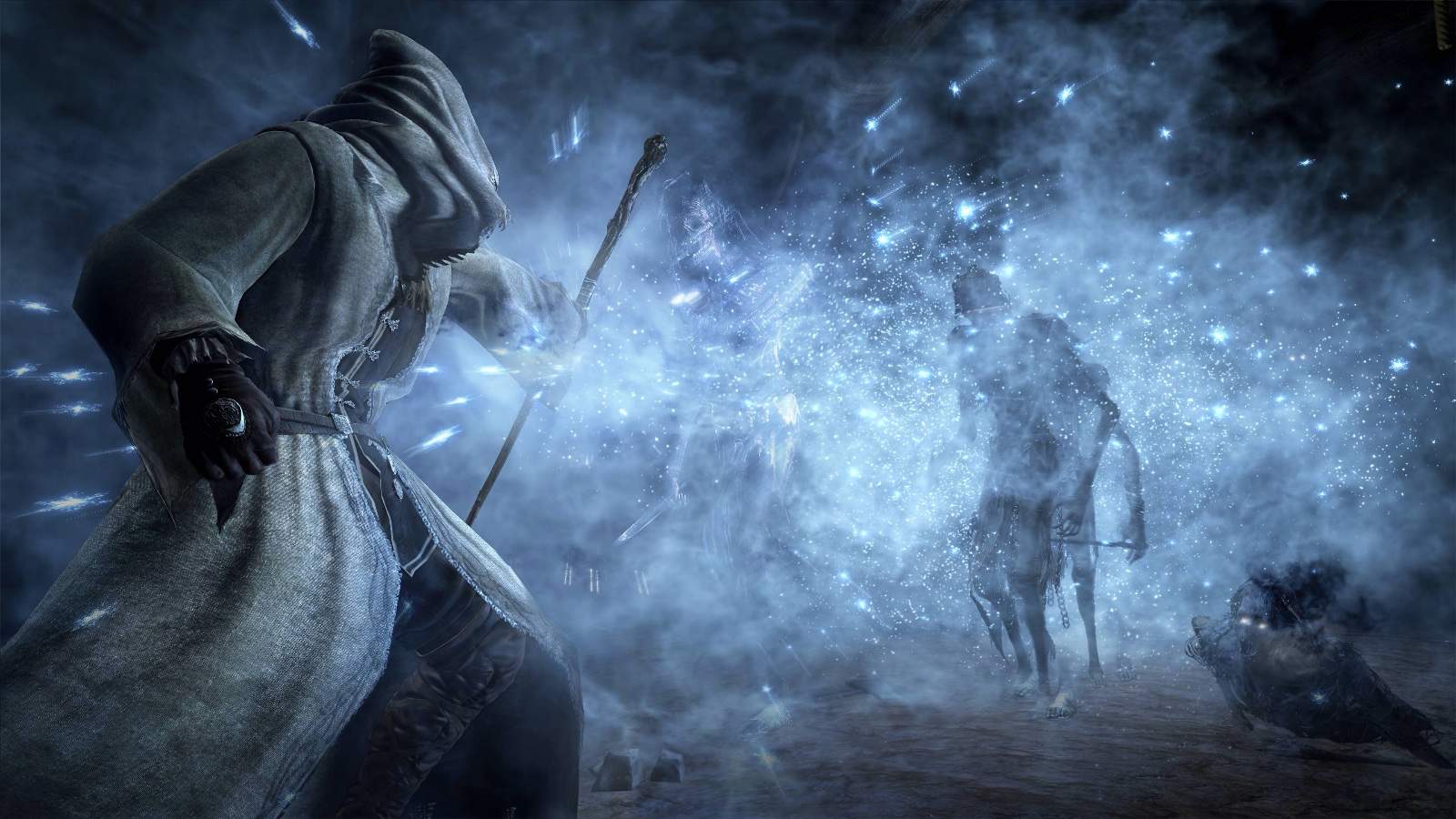 Return to the world of Dark Souls III and uncover a terrible secret that lies within the frozen land of Ariandel. Players are tasked to enter the land of Ariandel and defeat the evil within to uncover the mystery of what has caused the land to become defiled.

Before we continue, I should mention that this new Ashes of Ariendel gameplay video contains spoilers. However, given the nature of Dark Souls, the only things really spoiled are the two boss battles. Needless to say, you should continue at your own risk or “Divert Thine Eyes”.

Publisher Bandai Namco released a teaser for Ashes of Ariandel back in August, 2016. As such, this new Ashes of Ariandel gameplay video is the first real, raw gameplay that fans are getting. The new gameplay video showcases quite a bit, including a variety of new enemies (like a tall, Viking-like enemy that holds axes and spears). One of the armour sets retrieved early in the video contains flavour text that speaks of northern, snowy lands. I would hazard a guess that the armour set originates from Ariandel.

The trailer also offers glimpses of two of the bosses in Ashes of Ariandel: a snowy battle with a massive brown wolf, reminiscent of Sif, the great Grey Wolf from Dark Souls. The other boss shown is a scythe-wielding female boss that looks a lot like the statue of Velka. She is followed up by a much larger, giant boss that wields a large cauldron. In the way that the brown wolf reminds me of Sif, the big cauldron looks like the Lord Vessel.

It has been confirmed that Ashes of Ariandel will feature a number of new magical powers, sets of armour, and weapons. Moreover, the description of the downloadable content on steam makes mention of new features for the game’s multiplayer mode. However, neither From Software or Bandai Namco have elaborated on that last point.

Ashes of Ariandel will be the first of two planned DLC for Dark Souls III. It releases on 25 October for $15 USD (~R200 ZAR). Alternatively, fans can purchase the Season Pass for $20 USD (~R280 ZAR) in order to get both DLCs at a discount.