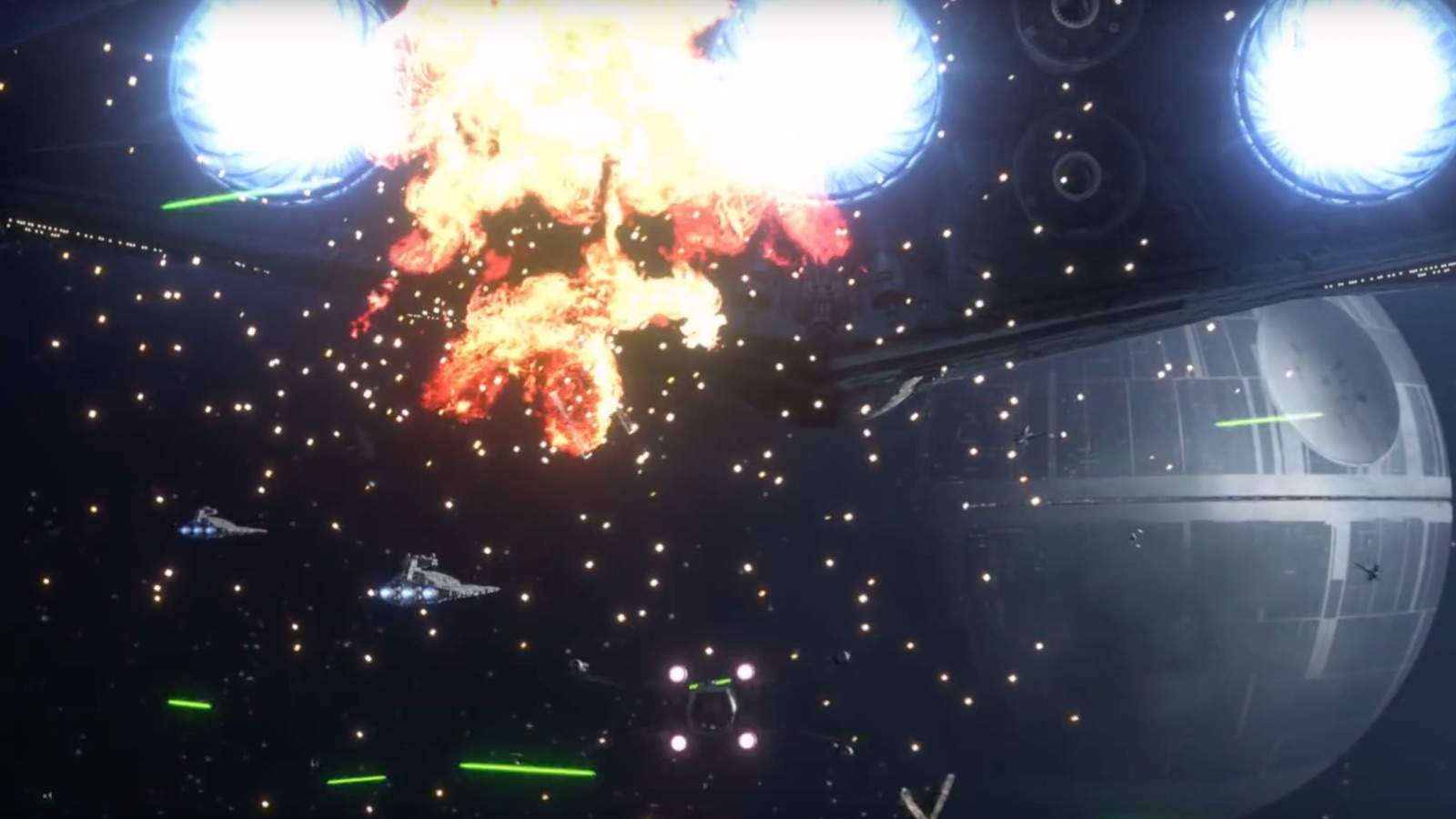 Star Wars Battlefront is getting downloadable content (DLC), which tugs on our nostalgic heart strings, in the form of the Alderaan destroying Death Star!

2015’s Star Wars Battlefront was met with mediocre to average reviews amidst some controversy regarding its pre-purchase rewards and high cost, for what is effectively a multiplayer only game. After the backlash, it became EA’s mission to make things right by Star Wars fans. Thankfully, it seems that they are making good on their promise.

The last several pieces of DLC for Star Wars Battlefront have been a blast from the proverbial past, and it looks like things are getting even better. At the Star Wars Celebration in London, EA released a teaser for the third major DLC release simply named: Death Star.

The teaser showcases a bunch of Tie-fighters and X-wings going at it in the Death Star’s orbit. It seems that the DLC will finally give players the dogfights they have been waiting for. Better yet, it also looks like players will get the famous trench run from A New Hope.

Speaking at the EA Star Wars panel during the Star Wars Celebration event, DICE revealed two heroes for the DLC as well. These heroes are Bossk, a little-known bounty hunter from the extended universe; as well as Chewbacca, best friend of Han Solo, smuggler Wookie, and general badass.

Battlefront’s Death Star DLC will be available for download in the next couple of months, and it is the third of four planned content packs for the game.