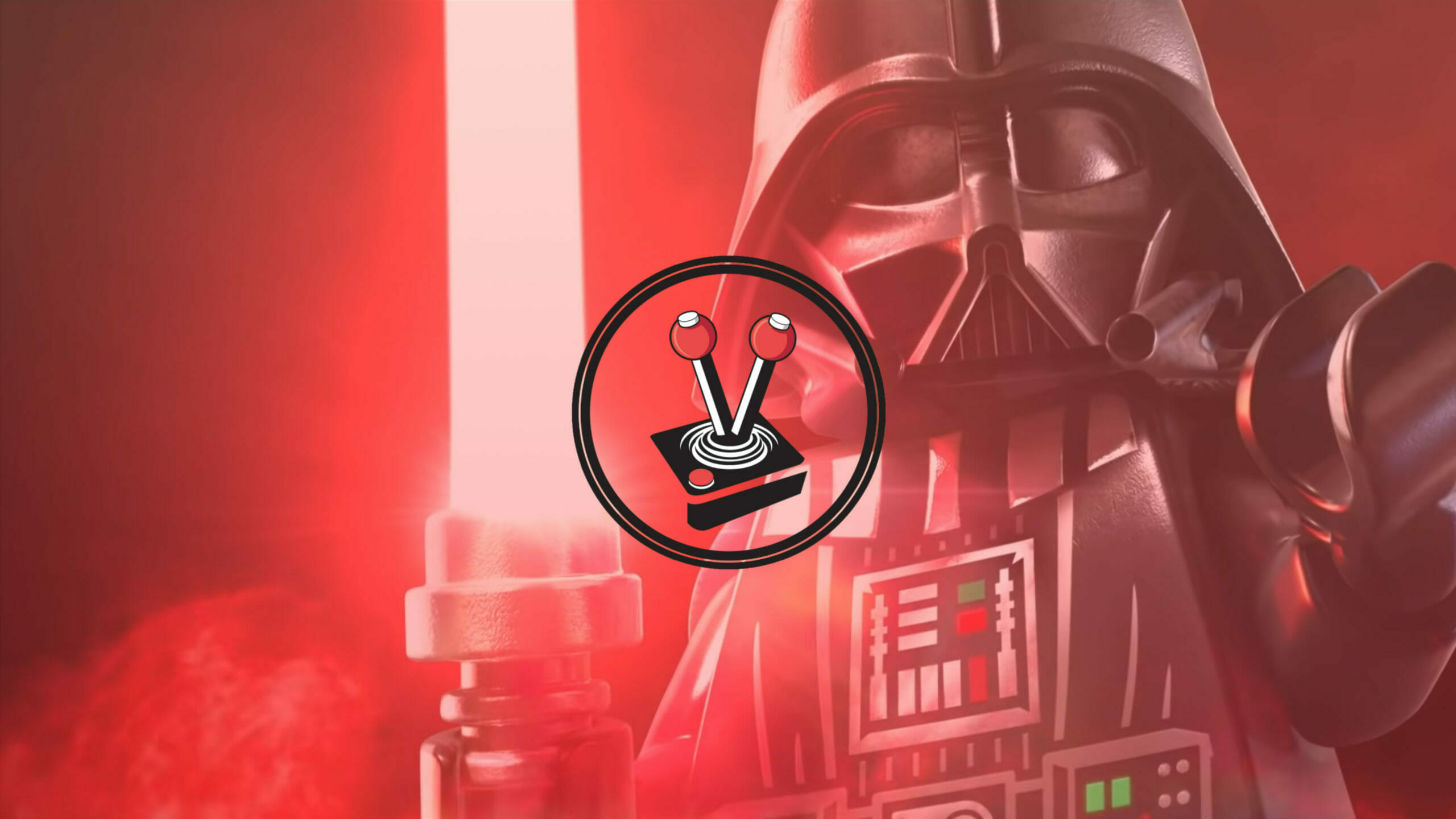 There is a very good reason as to why LEGO games are so popular. For a start, these digital versions of the famous physical products bring the pieces to life in an interactive and fun way. From running around tight corridors through to platforming up and over seemingly impossible platforms, and even experiencing a whole new level of tongue-in-cheek humour only a few video games have tried to master, LEGO titles masterfully merge the physical and digital into an all encompassing experience. LEGO Star Wars: The Skywalker Saga is the latest to receive the complete LEGO package overhaul, and it is simply fantastic.

LEGO Star Wars: The Skywalker Saga combines content from all nine movies (and four of the five previous games), and allows players to revisit both the Prequel– and Original Trilogies, as well as [and for the first time] the entirety of the Sequel Trilogy in classic LEGO fashion. TT Games have left the narrative as is, choosing to stay somewhat faithful to the source material instead of letting things diverge beyond the point of no return like in other LEGO franchises. With that said, there are quite a few extra story elements added from spin-off films and books, ensuring players get the complete story. After all, who does not want to know how Leia got the Deathstar plans to R2D2 in the first place?

Even with the additional scenes (where creative liberty can run a bit more amok than usual), it must be said how incredible it is seeing all the detail to have lovingly gone into recreating almost all of the scenes from the films. Cutscenes are, for the most part, ripped straight out of the movies, while entire scenarios have missions and exploration built around them in the most faithful of ways. With that said, LEGO Star Wars: The Skywalker Saga remains a LEGO title. As such, as faithfully as scenes have been recreated, there will always be a touch of iconic TT Games humour. Whether it be a nuanced change removing some of the violence portrayed in the films, or the addition of a random character whose job is to purposefully highlight some of the more ridiculous notions in the films themselves, players will always be provided with a good time. Silliness is always abundant in LEGO games, and it is no different here, regardless of how serious some scenes tend to get — it is also a Star Wars game, after all.

Much like past LEGO games, story missions and scenes do play out fairly linearly. Previous LEGO Star Wars titles often featured vast open spaces within important story missions. While LEGO Star Wars: The Skywalker Saga acts as a remake of the previous games (and with the addition of an entire new trilogy), it has completely overhauled many aspects of the older titles. This time, however, story beats play out in quick succession, with shorter main missions dotted throughout much wider and more open explorable zones. Players can essentially explore at their own leisure, then move on to the story mission whenever they please. This new dynamic results in much less of an urgency to complete the story; promoting exploration instead. Similarly to previous games, however, completed story missions can still be revisited as well, allowing players to go back with unlocked characters instead of being locked to characters required for certain missions.

Narrative beats and mission design aside, LEGO Star Wars: The Skywalker Saga also comes with overhauled… everything else. Camera angles have been tightened and controls have been thoughtfully re-mapped to mimic classic third-person adventure titles. The result is a much more intimate gameplay experience akin to games like Star Wars Jedi: Fallen Order. In so doing, TT Games have ensured every bit of detail comes into the players view — gone are the days where players had to focus on wherever their characters may have been on the screen; where fixed camera angles often caused hero characters to get lost in a rain of particle effects or enemy models. Now, characters are always in the center of the screen while the camera can be adjusted as needed. It just makes every other aspect of the game so much more enjoyable!

Playing directly into the new viewing and playing experience comes the overhauled weather effects, brand-new surreal design elements, and wonderful LEGO recreations. This is very much a current-generation game, and while there are no real-life photos one can compare it with, it looks beautiful enough and wonderfully “real” regardless of the obvious blocks and LEGO attachments featured everywhere. The way rain dapples through lush LEGO trees in Naboo, or how the stormy sea crashes against the ruins on Kef Bir, are totally awesome. Not only did TT Games add a whole new level of exploration outside of story critical missions, but they also added colour and detail in ways no one would think a LEGO game could pull off.

With that said, the very nature of LEGO Star Wars: The Skywalker Saga is strange, very strange (see what I did there?). It is both a remake, and not. It brings back so many elements of the previous games, and then completely turns them around around with totally new mechanics. Of them all, the biggest and most ambitious change comes by way of an entire new Role-playing game system that, while it does not make the game an RPG by any means, completely changes the way the game is played, perceived and enjoyed.

Players who came from previous LEGO games will undoubtedly notice how TT Games have steadily attempted to improve character progression over their numerous video games for the brick manufacturer. Every single time, whether it be light replayability through a photo mode, or complete changes in levels after every completion, the progression systems would fail to hold the needed weight… until now. The new RPG system in LEGO Star Wars: The Skywalker Saga throws all characters into one of ten overarching classes, of which players will likely use Scavenger, Rebel, Jedi, and Hero the most throughout the main campaign.

Each class comes with a number of improvements to abilities and skills that will more than likely already be at the disposal of players. These include lengthening the time to use certain powers, how high others can jump or jetpack, and more. The Hero class is an overarching class giving all “Hero” characters additional upgrades to more basic features, such as improving the speed at which players can build, or adding extra shields onto all vehicles piloted or commandeered by Hero characters. Having a particularly challenging time defeating the Death Star’s various defences as Luke? Add a point or two into the appropriate Hero upgrade. Want to build turrets faster during Hoth’s defence? Why not upgrade that build speed, fam? Alternatively, Sith and Jedi powers focus solely on abilities afforded to players when they play either a Sith or a Jedi; whereas Scoundrel and Bounty Hunter, Astromech-, and Protocol Droid, and even the alternate overarching tab “Villain”, governs other aspects of the game.

The upgrading process is fairly simple, albeit quite challenging to do in the first place. In order to upgrade an ability, players not only need to collect enough LEGO bits, but they also need to collect Kyber bricks scattered throughout both the story missions and explorable zones. Some Kyber bricks are locked behind classic Metroidvania-style progression systems, while others require some sharp thinking and puzzle solving. Kyber bricks are also rewarded after mission completion, however these require completing missions in particular ways that may warrant replaying quite a bit. When this challenging aspect of acquiring Kyber bricks has been fulfilled, all players need to do is highlight the correct upgrade they want, and tap on buy. In a way, TT Games have ensured the RPG systems do not clash with the main gameplay experience, while also enabling this new system and allowing for further progression to anyone who wants to exert the effort. It is a healthy balance, making the game accessible to many different types of gamers.

Beyond overhauled levels, beautiful views, and a massive new addition to the franchise; comes something else entirely. Perhaps, one of the most ridiculous, yet simultaneously the most amazing, new accessibility feature comes by way of a brand-new “mumbling” mode. Mumble mode is a brilliant new addition that literally changes all dialogue in the game to hallmark LEGO mumbles — something more akin to the earliest of LEGO video games (and the likes of The Sims)! In order to activate Mumble Mode, players need to head into the “Extras” Menu (where other options such as replacing all enemies with droids exists), and scroll down to Mumble Mode. Mumble Mode is free to equip, unlike any of the other extras costing Data Cards and a gajillion studs. There is nothing more entertaining than doing away with the [admittedly incredible] voice overs, and replacing them with literal mumbles. It was especially beautiful to watch Leia and Han professing their love for each other through mumbling.

LEGO Star Wars: The Skywalker Saga is a work of digital art. It transcends any other LEGO title before it, and stands as a testament to what a great LEGO Star Wars game can and should be. From the way it overhauls and remakes the Prequel and Original Trilogies, through to how these additions translate to the brand-new Sequel Trilogy, is nothing short of amazing to see, enjoy and experience. It ultimately sets a very high bar for all LEGO games to come. Especially when the smaller additions, like changes to the traditional camera and level design, truly enhance the overall experience — for this alone, the game is worth picking up. The game’s exceptional quality and gameplay are a pinnacle of the LEGO franchise and platforms alike, and should be experienced by all – whether Star Wars fan, gamer, or both.