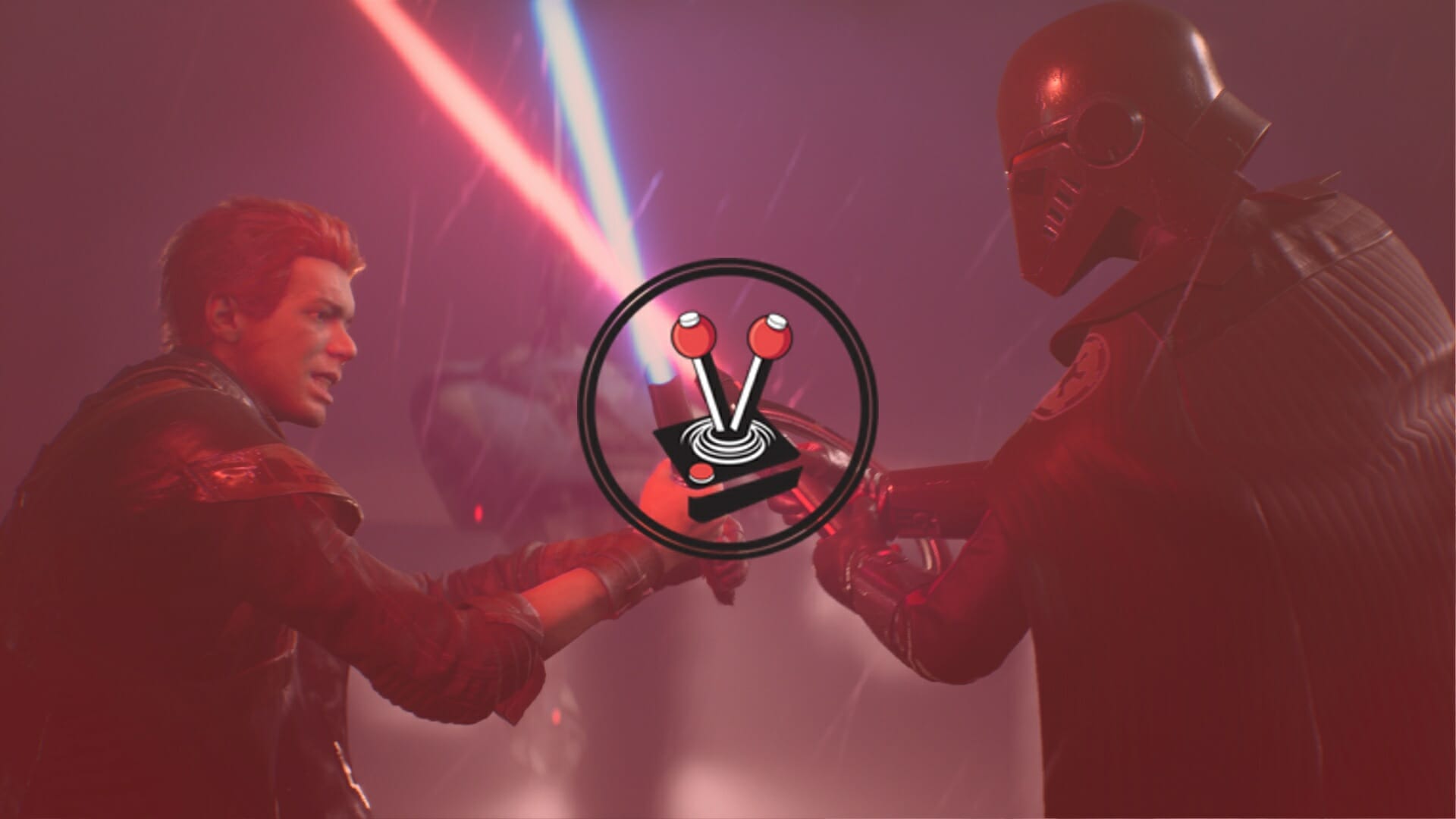 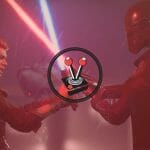 While genre evolutions are constant, it is rare to see a game come into its own right as strongly and prominently as Demon Souls. The Metroidvania genre is beloved by many, with hundreds of iconic titles resting neatly in its fold. However, one genre-bending game came along and did Metroidvania so well, it had to be dubbed something else entirely. As such, the Soulslike was born, and when it comes to the Soulslike genre, no one does it better than From Software. These forebears of the genre essentially took the best parts of Metroidvanias and third-person adventure titles and melded them together to form beautiful new concoctions of rage-inducing entertainment. The genre has become so popular, many have followed suit. This includes Respawn Entertainment with a licence no one had expected: Star Wars. Star Wars Jedi Fallen Order was the Electronic Arts poster child for the 2017 Electronic Entertainment Exposition, and for good reason: it finally showed everyone what EA had in store for Star Wars – other than the money-grubbing Battlefront II (2017).

Star Wars Jedi: Fallen Order is, without a fraction of a doubt, one of my all-time favourite Star Wars titles. From the moment I finished it and was given the option to spawn right back in before the final encounter, all the way through to typing this review, I only have praise for the game. Much like how Knights of the Old Republic beautifully immersed me into the history of the Jedi Order, Jedi: Fallen Order immersed me into the newly formed Disney Canon of events; taking took place between Star Wars – Episode III: Revenge of the Sith and Stars Wars – Episode IV: A New Hope. It may not be as large in scope as the Bioware-led Knights of the Old Republic, but it is a beautiful slice out of the grander picture. Including the remnants of what was, and the futile attempts at rebuilding what could be – a feat only Luke Skywalker managed many years later.

In Star Wars Jedi: Fallen Order, you take on the role of Cal Kestis as he journeys to become a Jedi Knight once more. After years of self-imposed exile, and staying hidden from the new Empire, Cal, who became a scrapper on a junk planet, is thrust back into the fray. After a botched Imperial inspection and the loss of his dear friend, Cal fights his way through Stormtroopers and other Imperial forces in an attempt to flee to safety. He is almost captured, however, and only manages to get away thanks to the help of Cere and the captain of her ship, Greez. From this moment on, it is up to Cal to figure out whether or not he truly wants to help, and to discover the true intentions behind the crew of the Mantis. Naturally, Cal decides to be the hero, which sets off a chain of events perfectly fitting into Star Wars canon, without relying too much on established stories and characters.

Cal’s journey is honestly very straightforward. While the game takes on traits of the Soulslike genre it draws so much inspiration from, it features a rich and vibrant storytelling aspect; complete with a journal and codex entries, a solid chapter structure, and even constant narration throughout. For the most part, this kind of storytelling contradicts every other game in the genre I have ever played (and I have played a lot). However, it is thanks to solid gameplay and exceptional third-person combat and exploration that Star Wars Jedi: Fallen Order still fits the mould.

At its core, Star Wars Jedi: Fallen Order derives gameplay from many great games. There is so much going on in this title, it is hard to pinpoint exactly what Respawn started with as a concept. If I have to choose a point of origin, however, it is undoubtedly the exploration facet of the game. Exploration is an involved and, at-times, convoluted mess, but it works so well in rewarding exploration and sightseeing. From the moment the game introduces its map and navigation system, all the way through to the way the world is designed to clue you in on where to go and how to get there; it all proves how much thought Respawn put into the level design.

In total, Star Wars Jedi: Fallen Order takes place on five different planets. Each planet is filled to the brim with unique lore, fauna, and flora. I loved this aspect of the game and it reminded me of Mass Effect‘s ability to make every planet feel unique. Bogano, for instance, is a tropical planet where you spend a lot of time high up in the mountains. By stark contrast, Dathomir is a deadly planet with a lot of red and green aesthetics. Similarly, Illum is another contrast to both of these planets, with its icy cold nature and crystalline caverns. It is just so good.

In addition to spectacular level design, the game also features exceptionally smooth combat. Essentially it comes down to a perfect mix of God of War and Dark Souls gameplay, where the combat feels and looks Soulslike, but features unlockable moves and abilities that are accessed by hotkeys and shortcut buttons. A large part of my experience was played with an Xbox controller plugged into my Windows PC. As such, I cannot speak for how well the game translates to the keyboard. On the controller, however, it felt intuitive and easy to understand. Any Soulslike veteran would be right at home with the game.

As good as the game’s level design, narrative, combat and exploration may be; it is not without fault. For one, I did not like the customisation system in Star Wars Jedi: Fallen Order. While finding bits and pieces for Cal’s lightsaber felt rewarding and neat, I loathed how the only actual customisation the game features in terms of Cal is by way of the poncho he wears. Ponchos are not the inherent issue here either. There are nice ones of all colours and designs and putting a skin on BD-1, Cal’s robot buddy and resident healer/zipline utility/door unlocker is nice too. The problem, however, stems from the fact that ponchos are just so gosh dang ugly most of the time, and hardly feel unique. As the player, I want my Cal Kestis to look different to a friend’s Cal Kestis. Similarly, I also think the game reinforces the fact that chests are essentially just ponchos; making them rather disappointing. Sometimes chests contain new lightsaber parts, and sometimes they contain new skins for BD-1. Most of the time, however, it is just some variant of a poncho Cal already owns. Hopefully Cal will have proper unlock-able outfits whenever the sequel comes around.

I am also not a fan of how often the game handed a meditation circle to me. Where Bonfires in Dark Souls are few and far between, often spaced out well enough to make each feel like a reward, meditation circles feel like glorified checkpoints. Like most Soulslikes, resting at a meditation circle will respawn most non-boss enemies and reset the world state. Here, you can spend skill points and experience to unlock new abilities for Cal. The way Respawn structured the tiers, in which you can unlock abilities, are tied directly to how much story progress you have made. The further along you go, the more Cal remembers his Jedi teachings – in essence evolving back up to the Jedi Padawan he was before Order 66 was carried out. This is a nice way to tie progression into the narrative without making it feel clunky and opens up the floor to Cal becoming a Knight in future sequels.

Star Wars Jedi: Fallen Order is also not the best looking game out there by a long shot. It has its quirks, and the game beautifully fits into the world it revolves around, but ultimately falls short of other greats, such as Death Stranding; which is an accompanying release. With that said, however, there is a certain charm to how well Respawn managed to capture the likenesses of the voice artists. Cameron Monaghan and Debra Wilson are captured especially well, with Monaghan’s iconic stare and Wilson’s intense eyes filling scenes wonderfully. The voice work and motion capture featured in Star Wars Jedi: Fallen Order is exceptional too. It is also the most voice-over work I have ever experienced in any Soulslike. It is, in fact, brave in the way that it defies Soulslike games that came before.

The beauty of Star Wars Jedi: Fallen Order essentially lies in its reluctance to take on the traits of iconic Soulslike titles, while at the same time gleefully boasting that it is a Soulslike game. It stands apart as a wonderful title that marries Soulslike combat and exploration, with narrative abundance and visual storytelling unlike other titles in the genre. The game may be lacking in certain departments, but it is, ultimately, an exceptional title that might be too good for its own good. It sets the bar high for its sequel while also falling just short of being the greatest Soulslike game available. Customisation needs expanding and the checkpoints are rewarded too easily. These negative traits are offset by an incredible narrative and a wonderfully loveable cast of characters. It is a must-have for any Soulslike or Star Wars fan, and paves the golden way for several sequels.