FromSoftware may still be riding the high that is the exceptional Sekiro: Shadows Die Twice, but that is not stopping the Japanese studio from announcing exciting new projects. During the Microsoft Xbox E3 2019 briefing, the Elden Ring reveal was quite a doozy. It is a brand-new game from the mind behind Game of Thrones, and the exceptional direction of the creator of Dark Souls.

Elden Ring is slated to be the biggest and most exceptional FromSoftware title to date. Yet no one knows anything about it, save for the fact that Hidetaka Miyazaki and George RR Martin are working hand-in-hand on it. This unlikely, yet legendary, duo will undoubtedly result in one of this generation’s largest and most sought-after video games, second only to the likes of CD Projekt Red’s Cyberpunk 2077.

Interestingly, the hype surrounding the game is borne from the sole fact that these two legends are working on it. With nothing but a trailer to go by, we have no idea what to expect.

From the Elden Ring reveal trailer, we can clearly see that FromSoftware’s iconic character and world design will be retained. This might mean that fans of Dark Souls, Bloodborne, and even Sekiro can still expect the “challenging but fair” gameplay FromSoft beautifully carves into their titles. However, where the Japanese studio usually includes cryptic narratives (Soulsborne), or very strong, yet linear narratives (Sekiro), it is evident that George RR Martin will likely spearhead the narrative for Elden Ring. The trailer above reveals nothing more than what was already said, but that will not keep us from speculating like the loyal little theorycrafters Dark Souls raised us to be.

Here are a few points on what we know so far from the Elden Ring reveal, FromSoftware’s “biggest game yet”.

If you have read a single page of George RR Martin’s work, you will know to expect elements of brutal realism inside whatever world he has to work with. He loves to create complex characters and plot points seeped in the backstories of these characters. In a way, FromSoft has done this perfectly in the past, but there is no doubt that Martin will elevate their narrative standard to a degree like no other.

The only publicised footage that we have to work with at the moment, is the Elden Ring reveal trailer embedded above. It does not reveal much, but we can easily surmise the kind of world we will get to journey through: a bleak and dark world, set in a dark fantasy setting more akin to Martin’s ongoing series, A Song of Ice and Fire; or perhaps even a brutal take on a high fantasy setting more akin to the likes of FromSoft’s earlier games, Demon Souls and Dark Souls.

I will say one thing: the hammering certainly reminds me of the iconic hammering featured in all Dark Souls games, while the armour was clearly inspired by Germanic (read: Viking/Celtic) history. 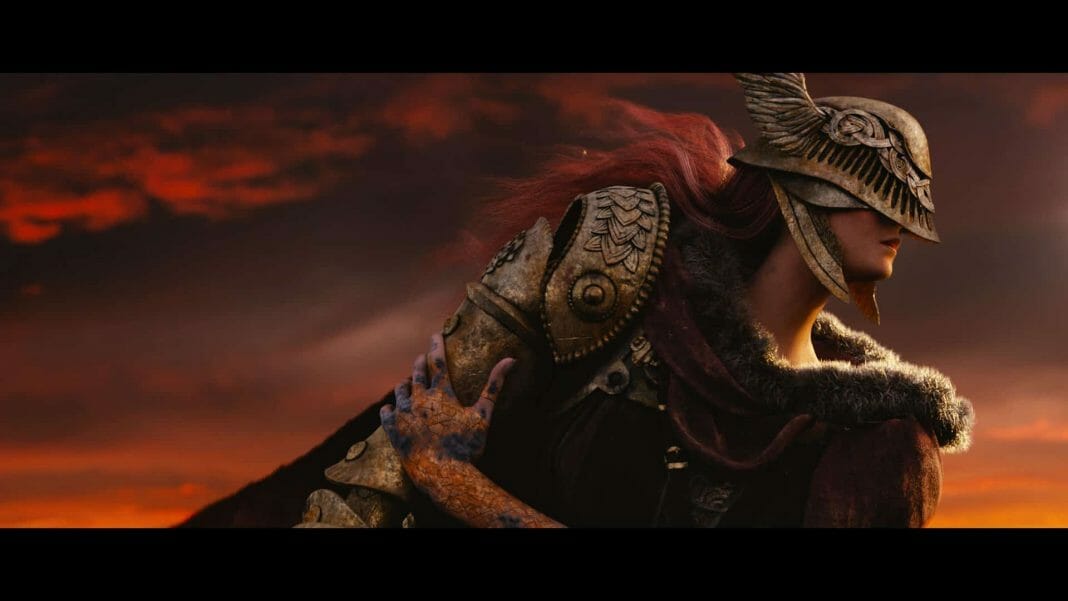 The story will be a rich experience with mystical elements

While the Elden Ring reveal trailer is nothing more than a bit of flash, we do have a tiny bit of information about the story that Miyazaki-san spilt during an Xbox Wire session. Throughout the interview, Miyazaki-san explained that the game will revolve around the Elden Ring that has been shattered. This apparently has a big impact on the world and will play as an important factor that defines the themes of the game.

According to Miyazaki-san, the “Elden Ring is the name given to a mysterious concept that defines the world itself”. This is quite an interesting thought, given how FromSoft has traditionally woven philosophical ideology into their previous games. While it literally gives nothing away about the plot, we can be rest assured that the game will, at the very least, feature the same kind of deep thinking and thought-provoking narratives that we have all come to love from FromSoftware titles. 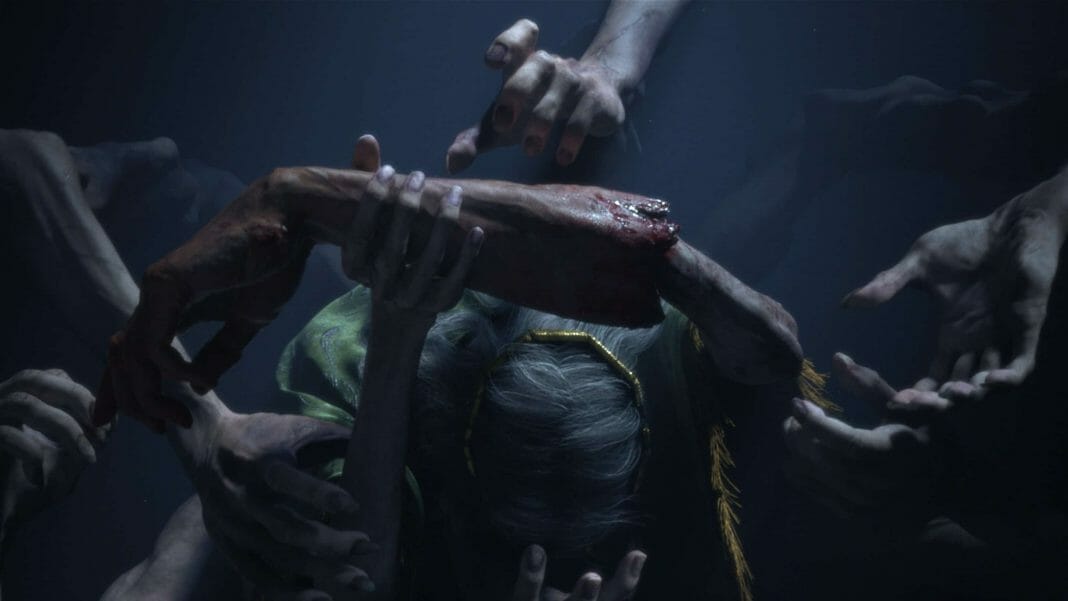 It will be first and foremost, a role-playing game (RPG)

RPG elements are not a thing that FromSoft is really known to include in their games. While all of their games are classified as role-playing games, they hardly ever delve deeper into the core mechanics of classic RPGs. Demon Souls, Dark Souls, and even Bloodborne, all relied on a stats page where players could increase certain stats that would marginally alter how their characters perceived damage, or how well they performed doing certain tasks. Sekiro took this a step further by including actual character progression by way of shinobi prosthetic tools, and literal skill trees.

Elden Ring, on the other hand, will pass the usual FromSoft tropes in favour of actual, hardcore RPG mechanics. During the Xbox Wire interview, it was revealed that Elden Ring will have a much bigger emphasis on RPG elements than previous FromSoft titles. This means that, on top of the rich lore and brutal narrative and enemies players will face, they will also have to contend with some sort of experience system where skills, character stats, and even armour and weapons, will play a much larger role in how successful you might be at any given time.

You will be able to venture wherever you like

If there is one thing that you could always expect from a game tied to Hidetaka Miyazaki, it is one where world building and design plays a huge role. At almost any given time, regardless of how far you have travelled or how many turns it takes, you will likely be able to see hints about where you are, geographically, in the world. Miyazaki’s famous world building and design are so exceptional, in fact, that there are countless videos, analyses, and infographics on the subject. No matter how long you have played, the world will always make sense if you think about it and apply logic to the rules of the in-game world.

Elden Ring reveal showcased how the new game will retain the same attention to detail that you can find in pretty much every single FromSoft game, post Demon Souls (excluding Dark Souls 2). In the interview, Miyazaki-san explained how the game will be full of “things that we weren’t able to do in the Dark Souls series”. While he did not spill too many beans on the subject, he did mention that his idea of an open world is “a game with a large, open field to play in”. Knowing Miyazaki-san, this quote should not be taken too literally. Instead, try to apply it to what we know he is capable of (the best example being the original Dark Souls), and then scaling that exceptionally vertical, and extremely large world, onto a plane where you can travel immense distances. Yeah, I have a feeling it is going to be huge!

Please note that there is absolutely no solid information to back this assumption. I am merely theorycrafting and digging a little deeper, as all Soulsborne fans have done since the inception of the series. 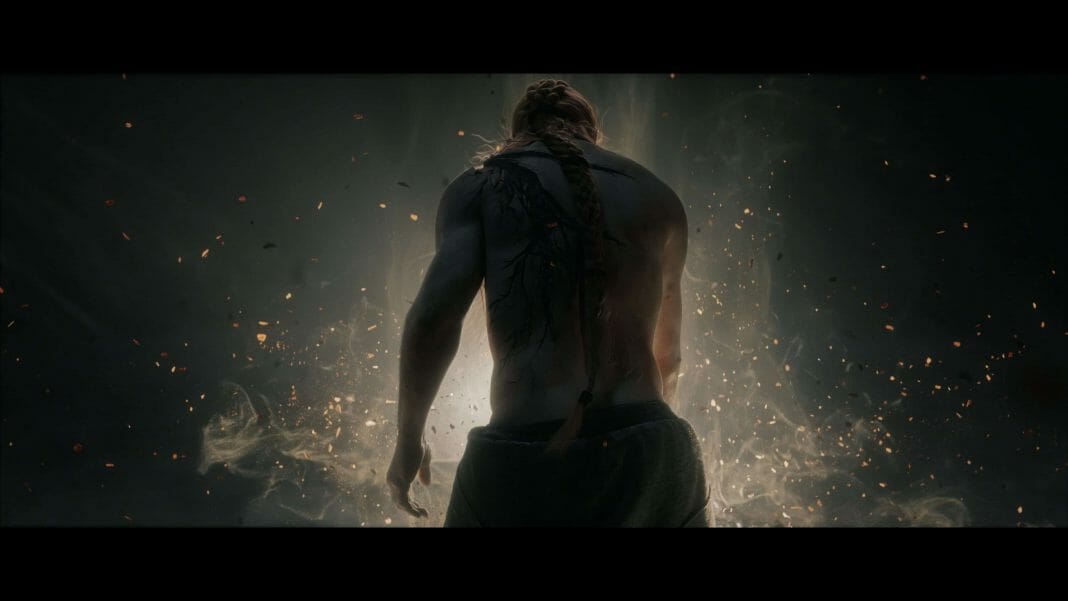 That is it for a list of what we know so far! What do you think about the game and the little bit of information we have to work with from the Elden Ring reveal? Regardless of what you think, however, I can tell you one thing for certain: if Martin is as serious about this collaboration as it seems, we will probably not see a new A Song of Ice and Fire book anytime soon.