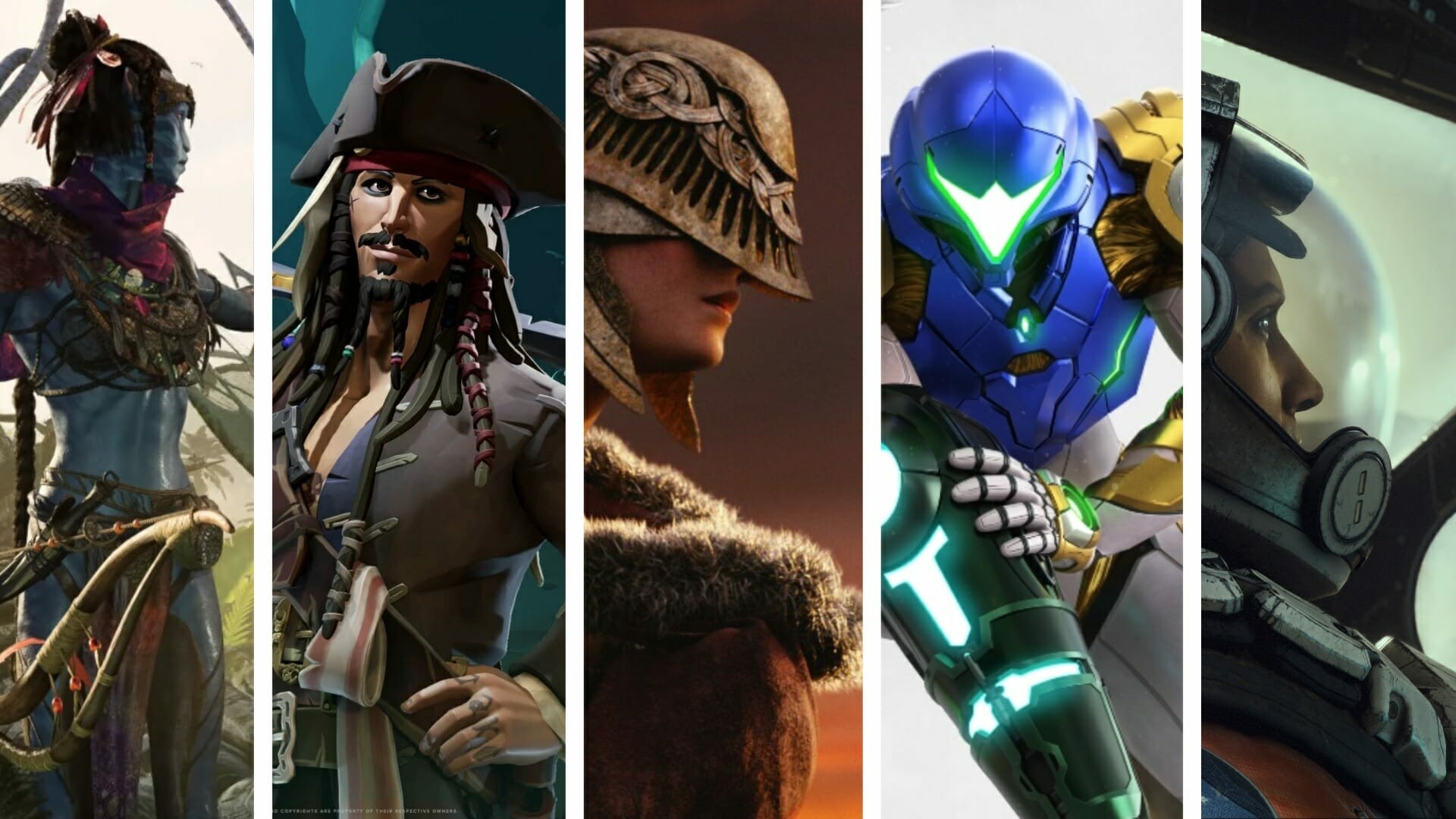 The Electronic Entertainment Expo for 2021 has continually surprised with a barrage of announcements. Among these are Guardians of the Galaxy, Forza Horizon 5, a new Final Fantasy origin tale, and a whole lot of Among Us content. Not all announcements are created equal however, and sometimes some of them are just so much better – and more surprising than the others. As such, we have collated a list of E3 2021’s biggest surprises.

James Cameron’s Avatar (2009) was a sensation, and for good reason. It was ahead of its time in terms of visual technologies. Cameron himself stated how he had the original idea penned for years, but never followed through due to not having the technology to fully flesh out his vision. Since then, however, advancements in computer silicon and cinema have reached startling new heights. As such, it is no wonder Cameron feels the time is right to announce how Avatar 2 through 5 are in the works.

No one, however, could have expected the Ubisoft Forward 2021 to carry a bombshell as large as Avatar: Frontiers of Pandora. Making the announcement one of E3 2021’s biggest surprises. Little is known about the new title, other than the game being confirmed as an open-world adventure with its own standalone story, outside of the movie franchise. The game is set for a 2022 release.

Whether it is intense frustration, bouts of laughter, or even ugly crying; FromSoftware games have been a crutch of many emotional outbursts in gaming. Whether it is due to their excruciatingly challenging boss fights, their phenomenally crafted skyboxes and castle designs, or just the overall – oft wonky- gameplay they often implement, gamers are always willing to come back for more punishment.

Since its announcement at E3 2019, gamers have lusted for more information about Elden Ring. However, George R. R. Martin and Hidetaka Miyazaki have kept their chips close to their chests. Thankfully, one of E3 2021’s biggest surprises included an incredible new look at the highly sought after title. Courtesy of an all new gameplay trailer, fans now know what kind of gameplay to expect, and were even treated to a behind the scenes interview with legendary creator Hidetaka Miyazaki. As the excitement continues to build, Elden Ring is set for release on 21 January 2022.

Captain Sparrow is back

Sea of Thieves may not be for everyone, but it sure as sharks made waves when it released on Xbox and Windows 10 in 2018. Since then, the game has seen millions of users explore its horizons and has featured multiple world-changing expansions and live content releases. Now, however, the game has announced its most ambitious (and first) crossover.

Captain Jack Sparrow is the ultimate pirate and he has finally set his sights (however cloudy they may be) on the seafaring Xbox Game Studios and Rare title. Sea of Thieves: A Pirates Life was one of E3 2021’s biggest surprises. It is also one of the most ambitious expansions released to date, with multiple new additions being added to go along with the legendary pirate. The “original story” expansion has a 27 June 2021 release date. All we know is that we want some Jack Sparrow in our lives!

When Samus Aran first came onto the screen, her premise was simple: shoot a whole bunch of bad guys while looking super cool. Today however, she must be one of – if not the – most iconic female bounty hunters in gaming. She is strong, badass, super sexy (especially when donning her power suit and shooting baddies in the face); and she is finally back for more space pirate hunting.

It has been years, nay decades, since Samus Aran and her iconic power suit graced the screens of gamers in a brand-new instalment… now gamers are getting two! Both Metroid Prime 4 and Metroid Dread are – as expected – some of E3 2021’s biggest surprises.

For the longest time, Fallout and The Elder Scrolls have been the sole focus of Bethesda Softworks. Hence, why the internet essentially blew up when the studio announced Starfield in 2018. Even then, however, the studio who is renowned for their slow and methodical approach to development, promised nothing more than a name and a setting: space.

That all changed at E3 2021 when Todd Howard presented the world exclusive first look at actual in-engine footage of the game! In a quick two-minute teaser, Bethesda fans all received their first look at what will most assuredly be “Skyrim with space ships”; and to top it all off, the teaser also ends with something no one expected: a release date! In terms of biggest surprises at E3 2021, this most definitely tops them all.

While the list above is by no means the be-all-and-end-all regarding E3 2021’s biggest surprises, it is safe to say that few other announcements top these. Do you agree? If not, let us know what you would have chosen instead.