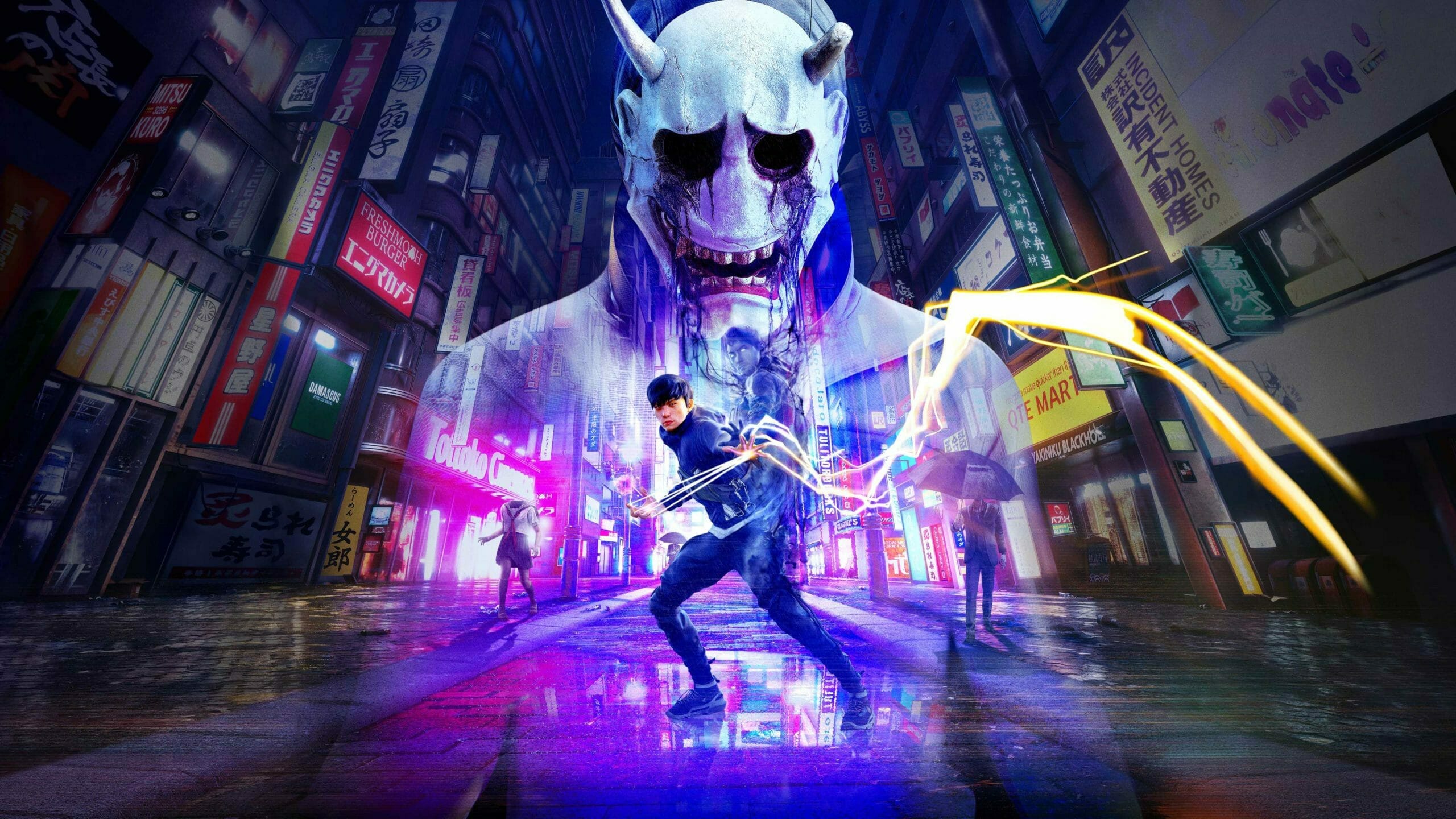 The Evil Within 2 released five years ago. Since then, Tango Gameworks and Shinji Mikami have remained suspiciously out of the spotlight. While presumably working on their new project, fans understandably became worried well before Ghostwire: Tokyo made its surprise debut at the PlayStation Showcase 2020. Despite much about the title remaining a mystery, fans rightfully have reason to be excited. Fast forward to a recent and exclusive Ghostwire: Tokyo preview event, where Tango Gameworks graced media with a lot of new information many fans have been craving; namely in the form of a cool new trailer, an interview [or two], and a whole lot of new gameplay.

There is no denying how much of a departure Ghostwire: Tokyo seems to be from Tango’s previous work. Although the studio might be known for their disturbed horror, and while Ghostwire features quite a lot of horror elements, it is surely not the focus. Ghostwire: Tokyo plays through the first-person perspective, and has a much faster, more chaotic, form of gameplay. In this sense, it is very much akin to Dishonored and its sequels, or perhaps even HeXen. Many have compared the game to resembling something of a Naruto simulator, and… they really are not wrong! With all of this in mind, here are several major points all players can expect, thanks to the Ghostwire: Tokyo preview.

Much like how Corvo or Emily received The Outsider’s mystical power in Dishonored, the protagonist in Ghostwire: Tokyo is bestowed with the power of Ethereal Weaving. In order to combat the invading “Visitors”, Akito will have to take advantage of supernatural powers. By animating his hands in specific ways, he will be able to conjure flame or frost, play with holy powers, or even alter time and space! Tango says they want to emulate the feeling of being a “badass, spell-casting, high-tech ninja exorcist”, and one way of pulling this off is by having players pull some Naruto-inspired moves. We are certainly not complaining!

Thanks to the Ghostwire: Tokyo preview, we can confirm the system looks unique – at the very least. There are deliberate hand gestures with nuanced finger movements. This gives every ability personality. When executed, ethereal weaving also looks incredibly cool with stark coloured lines looming through the air as should are ‘released’, or Dr. Strange-like circles encircling foes. Lines and circles are all the hype in this game, apparently, and it is all the better for it.

During the Ghostwire: Tokyo preview, Tango Gameworks reveals how they want to simulate a fully realised version of the Japanese capital. As a result, the studio have painstakingly modeled and designed the game’s setting to mimic that of a modern-day Tokyo Metropolis; and it looks absolutely stunning, if quite a bit unsettling.

The premise for Ghostwire: Tokyo comes down to how the city’s citizens have all vanished. Missing denizens are now replaced with “visitors”, demons and spirits; who are now roaming freely. For the most part, Tokyo is empty and desolate, with the occasional hint of what was, and even more of what is lurking in the shadows and in a different realm — slowly bleeding through reality. While the Ghostwire: Tokyo preview showed much about the city and what it has to offer, there is a high certainly of far creepier areas becoming available to visit in the final game.

Not all the “visitors” from the spirit realms (and beyond) are out to get Akito. Along with the extremely creepy faceless guys, weird mouth-faces, and other demons; Tokyo has also been visited by spirits who are either friendly, or just contempt with the ethereal lives they lead. According to Tango, there are countless spirits and companions in need of rescuing, “unexpected purry friends” who will offer trades and barters, and a lot of friends who are in need of assistance.

The developer claims players will be able to aid their companions while also furthering their own goals of solving the mysteries of Ghostwire. Companions include other human non-playable characters, friendly spirits, and other mythical creations based on Japanese legends, folklore, and tales. From what was shown in the Ghostwire: Tokyo preview, one thing is certain: there is a whole lot of friendliness going around (animals can be petted – 10/10 – want to do). One cause for concern, however, is how scripted these “dynamic” events involving animals can be. Hopefully there will be more to these puppies and kitties than potentially first meets the eye.

Every game requires a big bad. In Ghostwire: Tokyo, this role seems to be filled by a mysterious occultist named Hannya — a man or a spirit with a creepy Oni mask hellbent on bringing the realm of man to its knees, starting with Tokyo of course. In order to get to the bottom of the mystery of the disappearing people, Akito will team up with a spectral entity called KK, and crush Hannya’s goals.

Hannya is a truly scary individual with twisted and warped beliefs. While not much is known about the character and the story beyond what has already been revealed, it is not a far cry to assume they are the central-most reason for all of the terrible things happening in the city. The amount of marketing surrounding the character leads one to wonder, however, just how much more we can get from within the game? Is there a surprise big bad lurking in the shadows, or is Hannya truly it? Hopefully there is a sea of lore waiting to be discovered one the title launches.

With a projected release date of 25 March 2022, Ghostwire: Tokyo is almost here. Needless to say, the recent Ghostwire: Tokyo preview, as well as the interviews and trailers from PlayStation Showcase, will most likely be the last taste players will get before release.