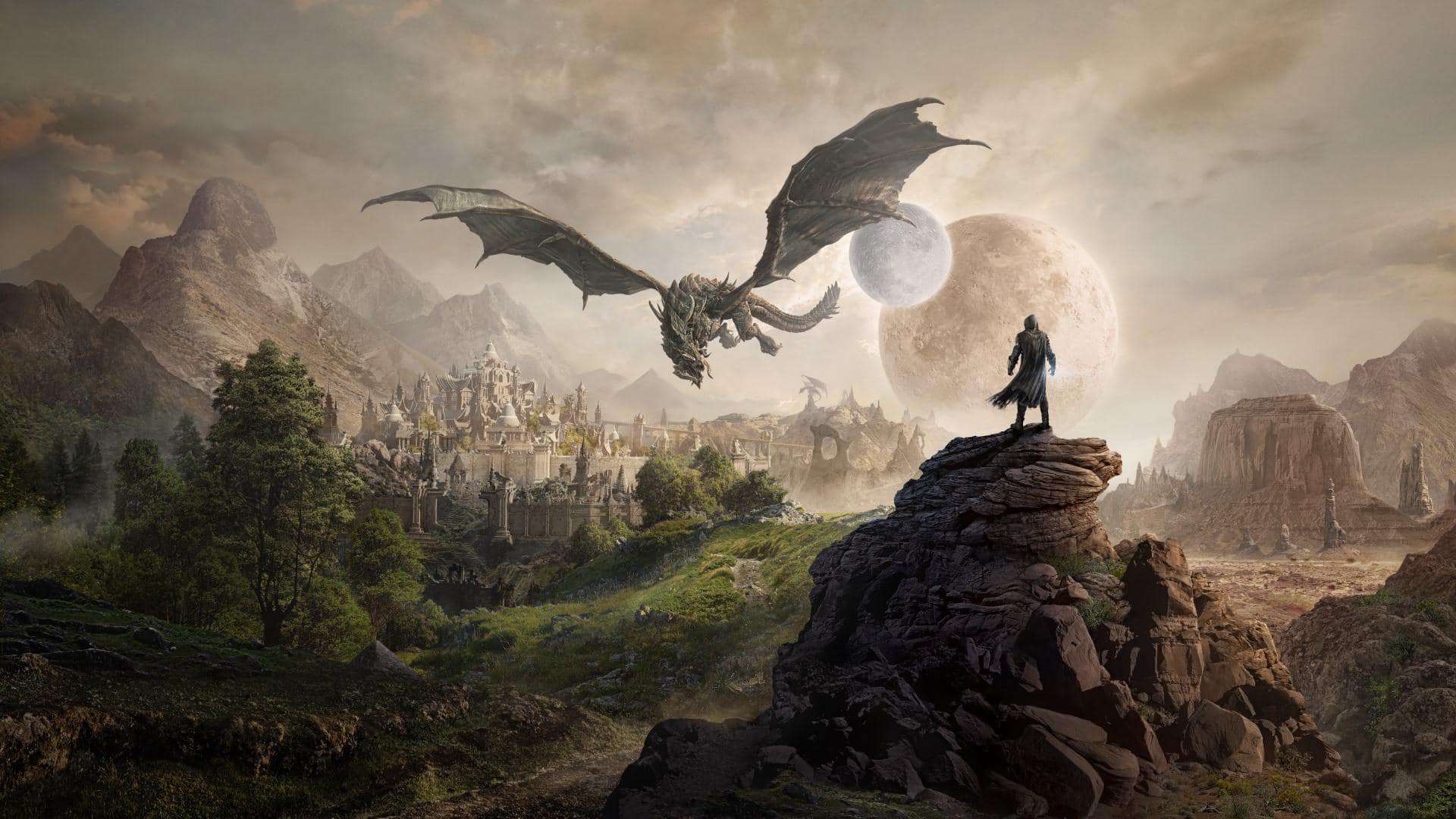 Bethesda Softworks have unveiled that Elder Scrolls Online (ESO) players will get their money’s worth throughout 2019. As part of a “year-long narrative”, the studio will launch “The Season of the Dragon”. A new storyline that will not only encompass a brand-new expansion, but also a new region and a lot of new content. It will also allow the hero of Tamriel to travel to exotic locales outside of the expansion. This is thanks to a number of smaller downloadable content (DLC) that will be made available throughout the year.

The Elder Scrolls Online: Elsweyr will act as the first of a four-part story arc that will include dragons, which is a first for the entire ESO franchise. Apparently “the great dragon Kaalgrontiid and others” are stalking the skies, threatening to burn down the ancestral home of the cat-like race native to Elsweyr, the Khajiit. Players will, “for the first time since 1994’s The Elder Scrolls: Arena”, trek to the skooma-producing grasslands of Elsweyr, and visit the homeland of the Khajiit.

Bethesda states that this time around the player is no mere Dragonborn who is destined to remove the Dragon blight from existence (which ironically takes place some 400-years before Elder Scrolls V: Skyrim). As such, players will need to work together with fellow heroes and powerful allies to take the dragons down and protect Tamriel from the ever-present fire-breathing threat. I certainly hope fire is not the only thing they breathe!

While the Elsweyr expansion will act as the first part of the four-part story, players will first be taking part in the new “Wrathstone” DLC set to release in February 2019. Wrathstone will be played as a prologue of sorts to the coming struggles. It will seamlessly transition into the Elsweyr Chapter (provided the player has purchased it) once released. 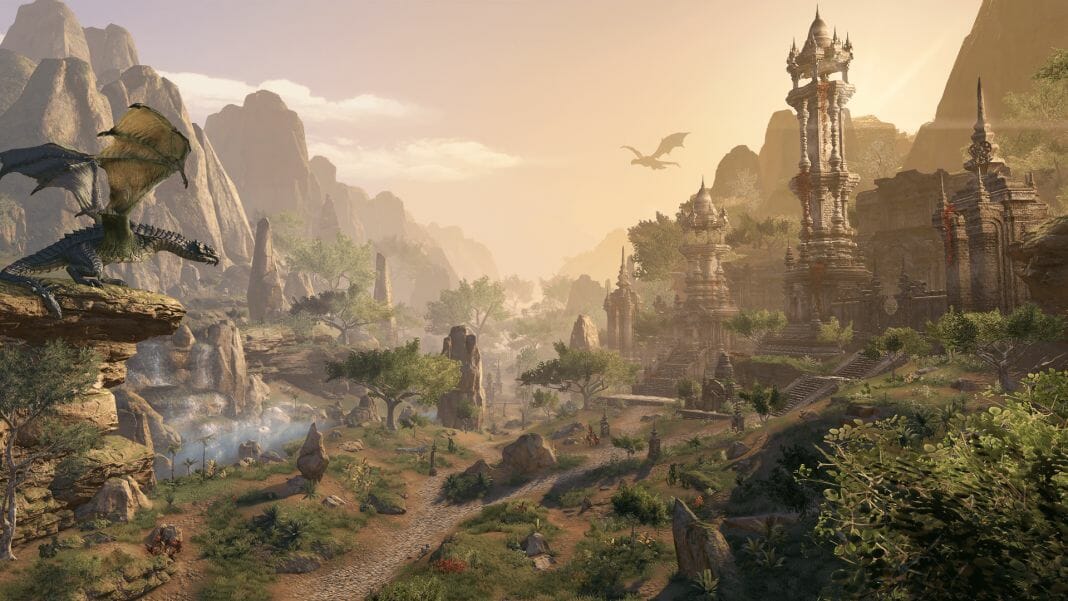 The Elder Scrolls Online: Elsweyr will not only introduce the new Elsweyr zone, but also a brand-new class: the Necromancer. The new landmass will also be similar in size to Elder Scrolls Online: Summerset, and will feature a main story quest line with at least 30 hours of playtime. That time does not count all side content and distractions, of which there are plenty – as you would expect from a land abundant with grasslands, swamps, deserts and palatial cities.

Furthermore, as with both the Morrowind, and Summerset expansions, new players will be able to begin their Elder Scrolls Online journey with Elsweyr. Bethesda is even running a deal in which anyone who pre-purchases the digital full game edition will gain access to the ESO base game, including the last two chapters, Summerset and Morrowind, immediately. This is a rather incredible deal, considering past deals like this only included the base game.

Elder Scrolls Online: Elsweyr is set to enter Early Access on 20 May 2019, with a full release following soon thereafter. It will be available on both PlayStation 4, Xbox One, and Microsoft Windows. 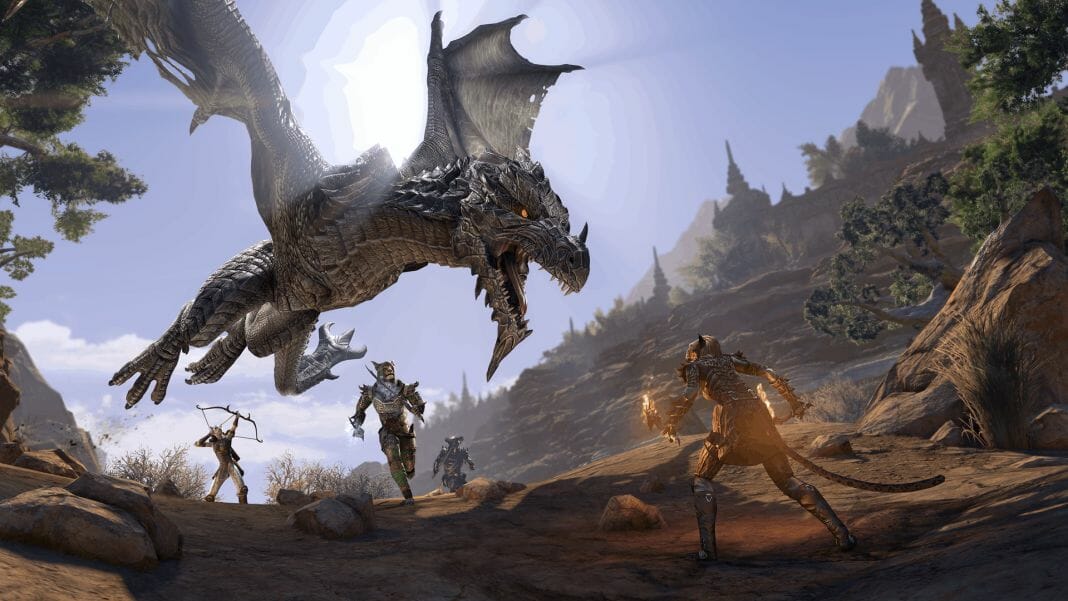