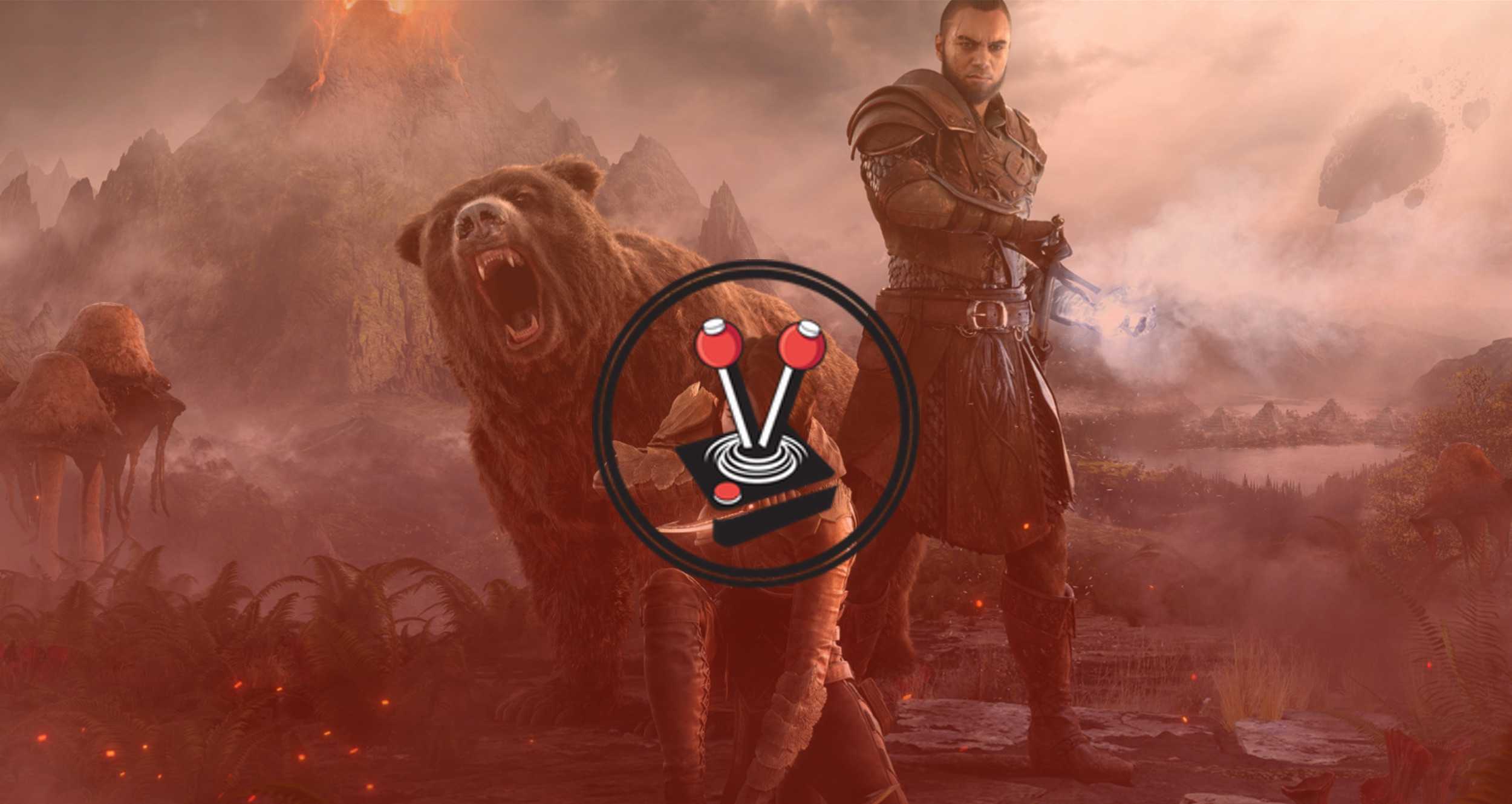 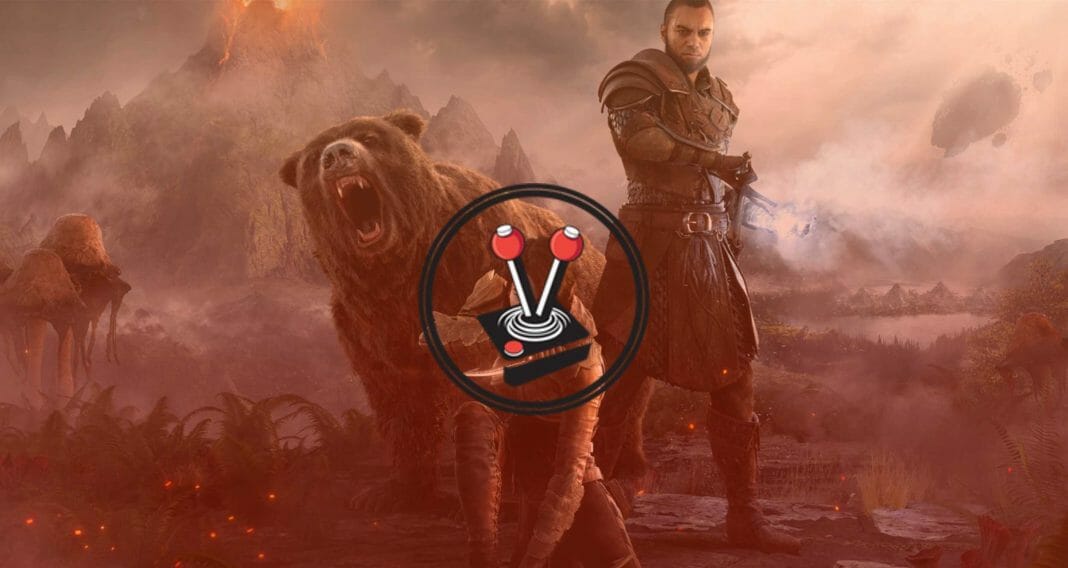 Massively Multiplayer Online (MMO) Games are always changing and ever-expanding. This is why reviewing a game like The Elder Scrolls Online: Morrowind can be quite the challenge. As such, I want to preface this review by mentioning that I will likely continue playing the game long after this review is published. With that said, I will be offering my thoughts on the current state of the game, as is, up until the published date of this review (12 July 2017). Should my thoughts change drastically overtime, and before a major content update, I will update the review accordingly.

The Elder Scrolls is perhaps one of the biggest role-playing game (RPG) franchises today. It spans multiple decades and is known by fathers, sons, and in some cases, even grandfathers. One of the most notable releases in this franchise is The Elder Scrolls III: Morrowind, which is uncontested as one of the best entries available. That is, until The Elder Scrolls V: Skyrim, which has been vying for the position since its release… but I digress.

My point is that Morrowind was such an iconic release that just about everyone at least knows of its existence. Enthusiast gamers still fondly speak about it, mod it, and even play it! Now imagine the excitement when Bethesda Softworks and Zenimax Media Online announced that fans would be able to visit Morrowind once again, with glorious modern graphics, and with their friends! Needless to say, the hype has been very real. I know I had a bit of a geekgasm when I first reported about it. Now, I finally have the game and here follows my review.

Since the One Tamriel update that revamped the way players can explore the overworld, Elder Scrolls Online (ESO) has become a much more open, and player friendly game. So much so, in fact, that my original reservations about the game changed dramatically as I played through the first few hours of the expansion. The ESO that I played two years ago is nowhere near the same ESO that I am playing today.

With that said, I must comment on how easy it is to approach the world of Vvardenfell, Morrowind’s centrepiece. I immediately loaded into a brand new character — I felt I had to since the Morrowind expansion does introduce a brand new class: The Warden. Apart from the usual gameplay that one can expect, the Warden has a lot more emphasis on summoning wild animals for help.

By combining Companion Conjuration with a slew of two-handed sword abilities and support magic, the Warden is a real force to be reckoned with. Moreover, the Warden is an easy class to learn. This is especially the case the further you progress through its incredibly simplified skill trees. In fact, the Warden is such a nice class that new players will instantly get to experience how great and enjoyable the game is, and veteran players will have even more fun as a result. Thanks to this, one can forget about focusing too much on mastering the class, and instead take in the beautiful world of Vvardenfell, and it is a beautiful one.

I remember fondly of my days in The Elder Scrolls III: Morrowind. Of how I would leave a prison ship as a free man, impart an identity onto my newly created character, and continue to explore the vast (at the time) open world. I also fondly remember how the story would take me through to a variety of little towns and camps, and even through to the various big cities that the island has to offer. Vivec, for instance, was a marvel — it was big and huge, and it was an absolute maze. It was great to explore every nook and cranny of it. 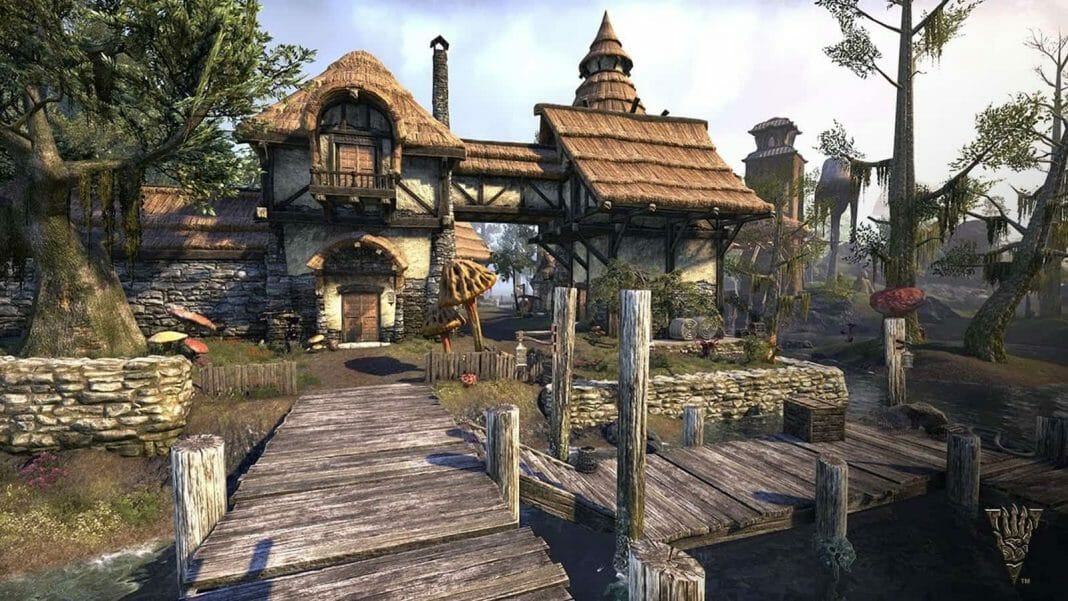 The Elder Scrolls Online: Morrowind has exactly the same sense of discovery. Only, this time around, I already know where everything is. In fact, everything from Seyda Neen to Balmora and even Vivec, is exactly where I expected them to be. Only, this time, some 700 years before the Neravarine reincarnate graced the Ashland. Unlike the previous game, the discovery does not lie within finding the cities and hubs. Rather, it lies within seeing how everything looked before. It is a marvel, visiting the city of Vivec, only to find that it is still in construction, or seeing the town of Seyda Neen in a new light, before wasting away into a starter town that many would forget about at the eleven-hundredth hour. This is an immense pleasure. Even as I struggled to keep up with the slew of higher levelled players stealing all my kills, I loved every moment of my exploration.

Unfortunately, nostalgia is just about all that Morrowind has to offer original fans of the third game. Do not get me wrong, this is still an amazing expansion. In terms of story, however, I felt that it was lacking. To its credit, I did feel like the story has a sense of urgency. From breaking out as a slave to helping a mysterious Argonian do a number of jobs, right through to meeting Vivec himself; it was all pretty great. The story has an impact, but only a mild one.

As per Elder Scrolls fashion, players kick off the new chapter in a prison. Veterans of the series will immediately recognise the reference to the original Morrowind, in the sense that you also start in a prison ship right outside of Seyda Neen this time around too. After the introductory quests are out of the way, the main plot is set upon you: Vivec, the godly deity who holds command over Vivec City, has fallen ill. This mysterious sickness causes Vivec to lose his power, which results in the hovering meteor above the capital to start falling once more. It is up to the hero (which is you, and I, and your friend, too) to find out what is the matter and ultimately save Vivec. Who knew that someone like Vivec had to ask for help from measly travelers! Needless to say, as the story progresses and the plot becomes more dire, the meteor starts to erupt in flames. It looks quite cool in the game’s sky, and creates a neat sense of urgency that I did not expect to feel.

With that said and done, however, I must say that the first ten hours or so gave me a hard time. It was difficult focusing on the story, mainly because of the sheer openness of the game. Having played the game on Xbox did not help a lot either [more on that below]. From the premise alone, however, I can tell you that it is well worth playing. Especially if you were planning on picking up the game anyway. Story aside, and for everyone else, the elements of nostalgia are what will have you keep coming back for more.

While navigating is easy, especially since I am already familiar with Vvardenfell, there is so much going on at one time that makes it difficult to focus on just one task at a time. Perhaps this is just my age talking, but I feel like other MMO games have a better way of implementing story quests into the world. From Guild Wars 2’s green, main-quest-only star to Maplestory’s obvious STORY QUEST and CHARACTER QUEST labels; there is definitely a better way of handling missions and tasks than via the cumbersome Morrowind quest journal – which just has everything in one place, all at once.

Granted, playing on the Xbox One is not as bad as I first thought it would be. Having played a bit of the base Elder Scrolls Online game on PC, I must definitely comment that it was easy enough to use a controller. Where the problem lies, however, is navigating the submenus. There are just too many to count! While it is still a problem on PC, it is much easier to navigate with a keyboard than it is with a controller. Thankfully, I grew accustomed to it and after a while did not even notice the prolonged time I spent within the menus. 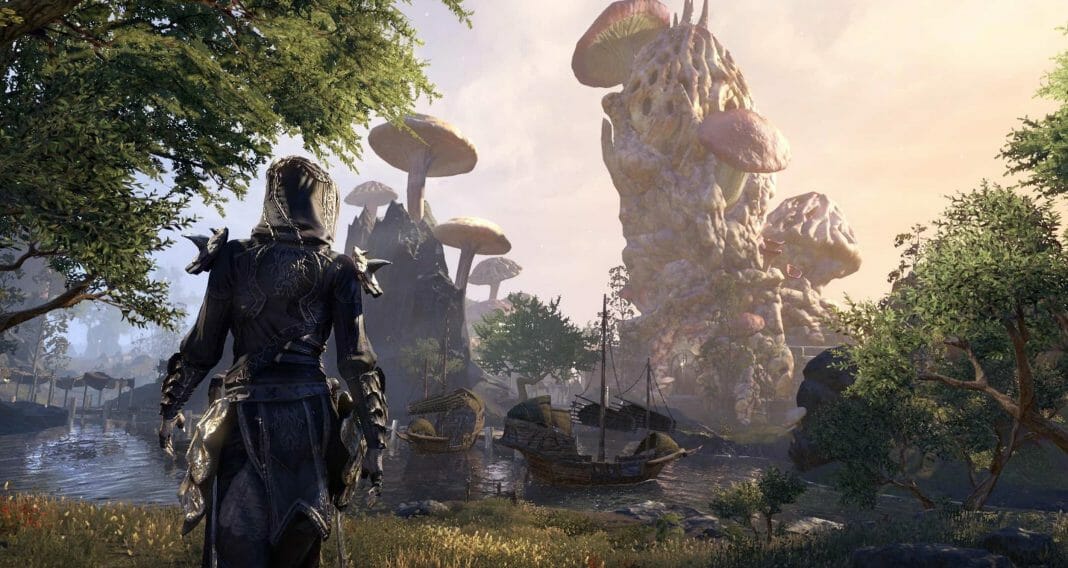 I must also comment on the incredible voice acting, especially for an MMO. While lip-synching is not exactly a strong point, and animations are lacking, the voice acting does at least rival that of Skyrim. Furthermore, the score also helped quite a bit in creating that sense of nostalgia. It keeps one entertained in the few cases that you do have to wait for the game to load.

With loading in mind, I can also say that the game absolutely excels in loading. While MMOs usually do not have a lot of loading to do in the first place, I found that Morrowind had especially quick loading times. Beyond the initial load times, when firing up the game, there was basically no additional loading through gameplay. Loading aside, holding onto a secure and stable connection to the ESO servers proved to be just as easy!

I actually had some Internet issues with my service provider during my time reviewing the game. Despite this, the game was stable, worked well and it felt like I had very little lag. The experience was great, especially for an MMO.

Look, the Elder Scrolls Online will never live up to the reputation of its non-massively multiplayer brothers. In fact, the main problem I have whilst playing Elder Scrolls Online is the fact that it feels… strange. I am too accustomed to Elder Scrolls games being epic single-player adventures. Suddenly I now enter this world filled to the brim with other players, many of which are a much higher level than I am. That makes me feel like I am not the hero. Instead, I feel like just another adventurer… it is not a pleasant realisation.

Thankfully, Morrowind helps to change this perspective and is a decent trip down memory lane. The updates ESO has received since its original launch have made the game a hundred times better. There is even player housing now! While I am not by any means a fan of player housing, I can see how this is an incredibly huge deal for many people out there. I have also heard nothing but praise for the new system, which I have also enjoyed playing around with.

In conclusion, I feel that the Elder Scrolls Online: Morrowind is worth a purchase for someone who either loves the vanilla game or for someone who is already interested in picking it up. Personally, I would not buy Morrowind on nostalgia alone. Then again, nostalgia is its biggest selling point. It is a great expansion, to an otherwise decent MMO experience.