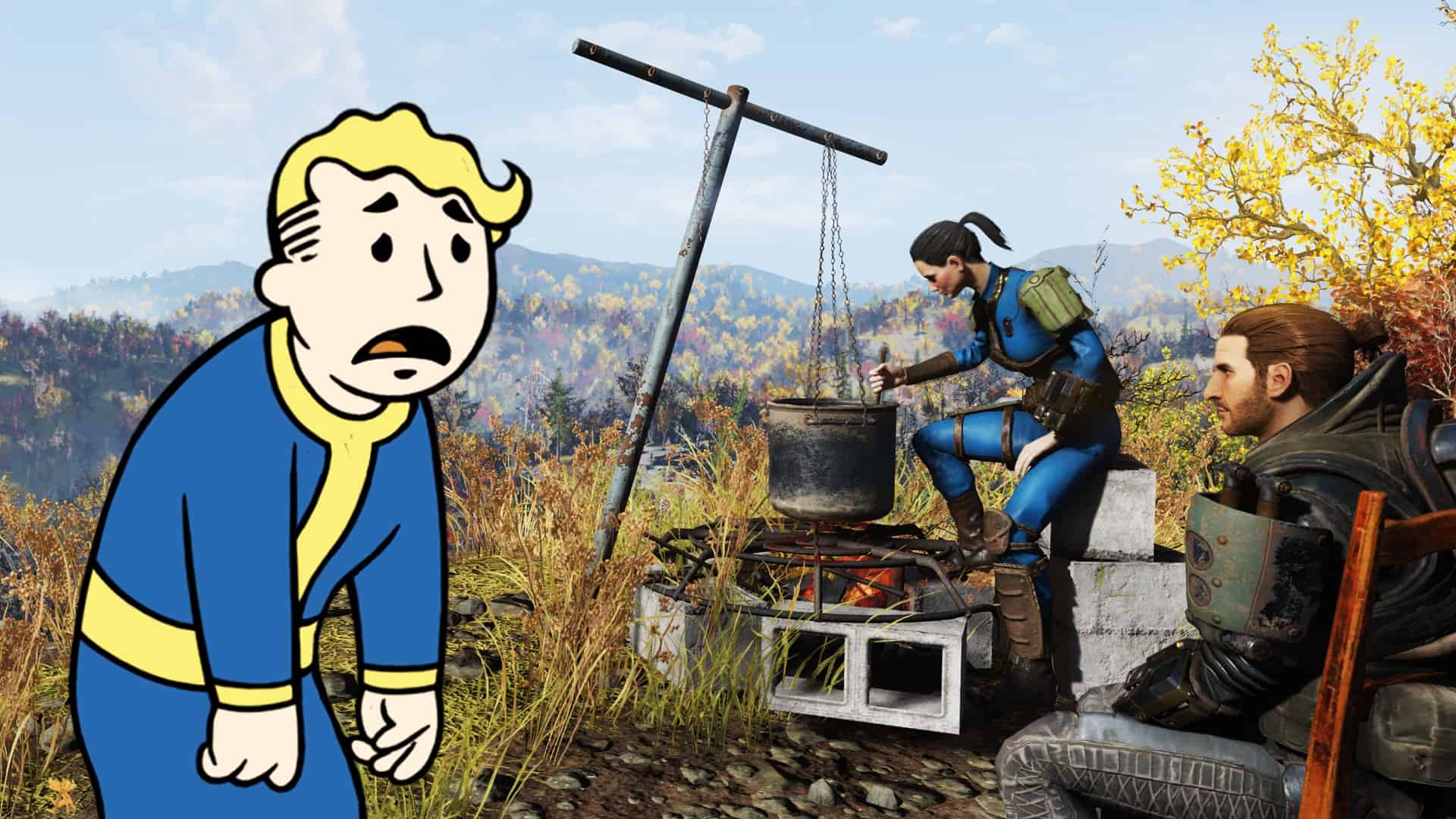 For the longest time, Bethesda Softworks superior storytelling capabilities, and even better world-building, design, and exceptional single player campaigns, placed the developer at the top of the hill. That is until the utterly mediocre Fallout 76 arrived, making fans long for games of old. With the advent of apocalypse shooters upon us, however, people will soon wonder what the differences are between the games, and why they have to purchase one over the other. While this question cannot be answered in detail until Vamers has had time with all relevant titles, we can, at the very least, already confirm one thing: Far Cry New Dawn is better than Fallout 76. 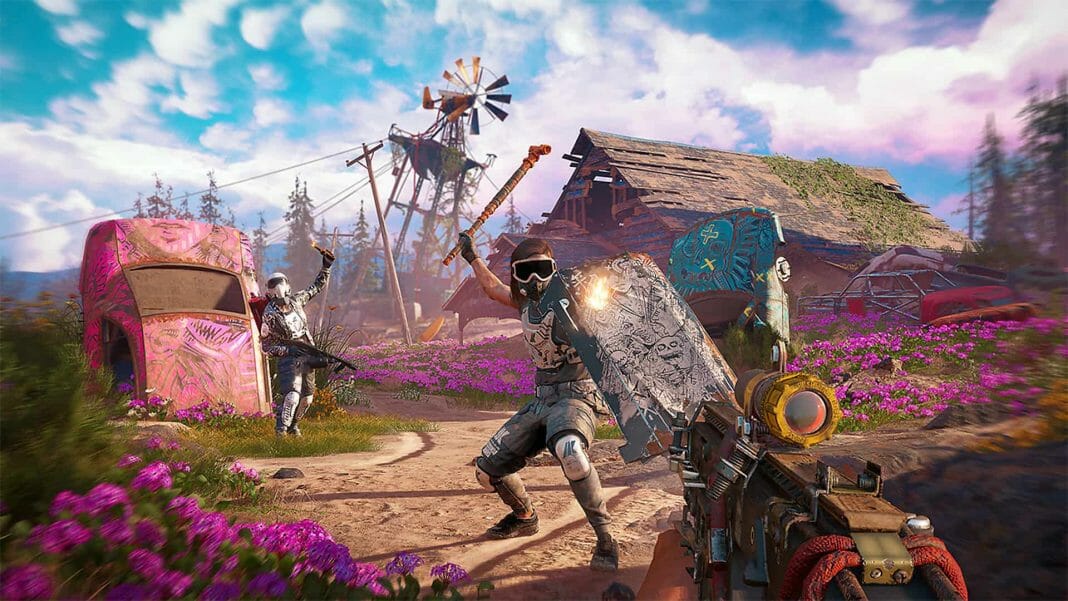 Both Far Cry New Dawn and Fallout 76 take place around the premise that the apocalypse has arrived in the form of nuclear warfare. The titles have role-playing game mechanics, and feature arbitrary gender and customisation options for a character that you will never actually see.

Despite differing in terms of one being a massively multiplayer online (MMO) experience and the other a typical first person shooter (FPS), the two games in question share a lot of similarities. Thanks to a recent hands-on opportunity with Far Cry New Dawn, I can fondly proclaim that the New Dawn way of doing things is so much better than Fallout 76, and I am not even counting multiplayer!

It has a [good] story

I still remember the discussions on Reddit, where excited Bethesda fans fondly proclaimed how Fallout 76 would be like Far Cry 5’s co-op mode. Whereby fans travel the land together with a partner in tow; and no other human in sight. It was a great idea given how good Far Cry 5‘s modes are! That is until it was revealed that Fallout 76 would have zero human non-playable characters and a story that has less emotional pull than the hair on my butt.

While Ubisoft claims that Far Cry New Dawn is by no means an expansion, it does take place in the same universe as Far Cry 5. In fact, it takes place just 17 years after the canonical ending of Father Joseph Seed’s journey, one of the franchise’s most compelling villains.

I recognise that I cannot speak for the entire story and plot of Far Cry New Dawn, but given the fact that it plays out as a sequel to the previous game, it automatically has both an intriguing, and compelling backstory. This is far removed from the arbitrary “the bombs fell and we went into a vault” backstory that Bethesda has still not elaborated on. A story that has been waning for over twenty years, since the Fallout series began.

The thing is that I had a grand total of one and a half hours with Far Cry New Dawn, and in that brief time, I got more story out of it than I did in the first ten hours of Fallout 76. That pretty much sums up the narrative difference between these two titles, and is one of the strongest reasons why Far Cry New Dawn is better than Fallout 76.

It has [human] NPCs

When Todd Howard announced Fallout 76, he famously proclaimed that every single human character you see in the game would be another real human controlling that character. Of course, no one thought about the fact that human based non-player characters (NPCs) often drive stories in games like these. I mean, the last time a robot gave me a quest in a Fallout game, it was built by an evil person hellbent on taking over the world. Fallout 76, however, does away with all human contact in the game. Reducing the human characters to annoying six-year-olds that pelt bullets at you for no reason, and screech all over the place while you are trying to listen to the actual story drivers: audio tapes. Yes, audio tapes. 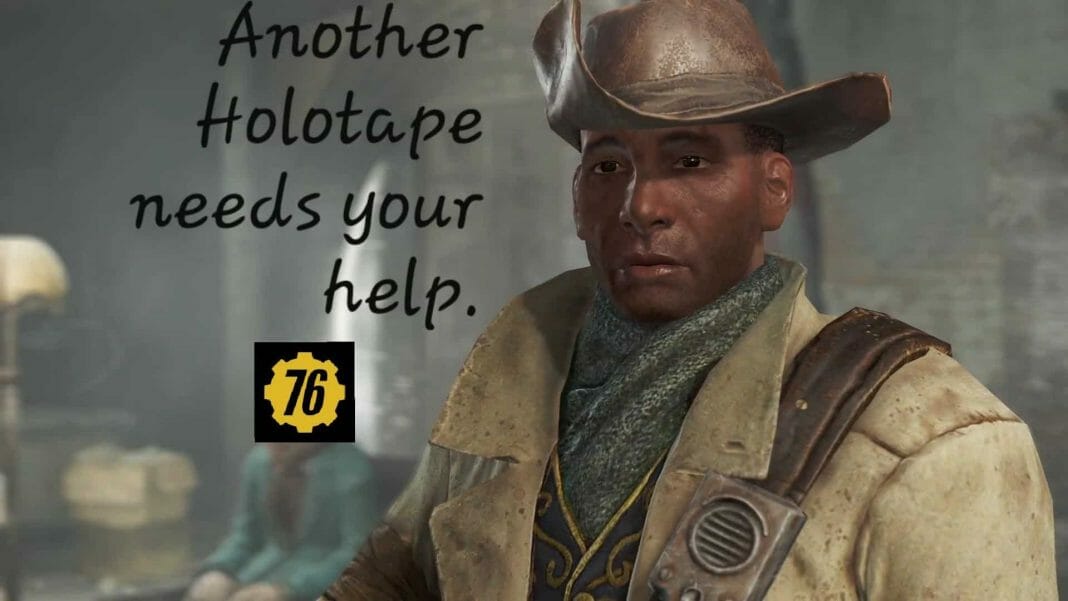 Far Cry New Dawn, on the other hand, is abundant with *actual interesting human characters* that are not “controlled” by other humans. I know! It is brilliant! Unlike what happened to Fallout 76, Ubisoft clearly never forgot what made the original Far Cry so good. Namely great characters, intriguing villains, and strong story threads that are held together by loveable supporting characters. It is not about the player – it is about the characters, and it definitely shows.

From the opening sequence where faithful [human companion] Nick’s daughter describes the state of the world, to the first time you encounter the Highwaymen leaders, twin sisters Mickey and Lou, you are engrossed in the story of Far Cry New Dawn. This is thanks, in large part, to the characters that you encounter throughout the game, versus the sporadic and impersonal audio tapes and radio broadcasts of Fallout 76.

It does not take itself [too] seriously

While the Far Cry franchise has always offered a sense of playfulness seriousness, Fallout has never really been known for its deep dives into fun, reckless entertainment. Sure, every game in the series tends to get one or two missions and expansions in the vein of all-out fun, but it is a more serious franchise with real world connotations.

Unfortunately, the execution in Fallout 76 is so lacklustre that players are left begging for something a little more lighthearted. From the insane premise that you are the last person to leave Vault 76 (because there no other human characters) to the weird and inane audio tapes and notes that you have to get some emotional connection from, the game is nothing more than an irradiated husk of possibility. 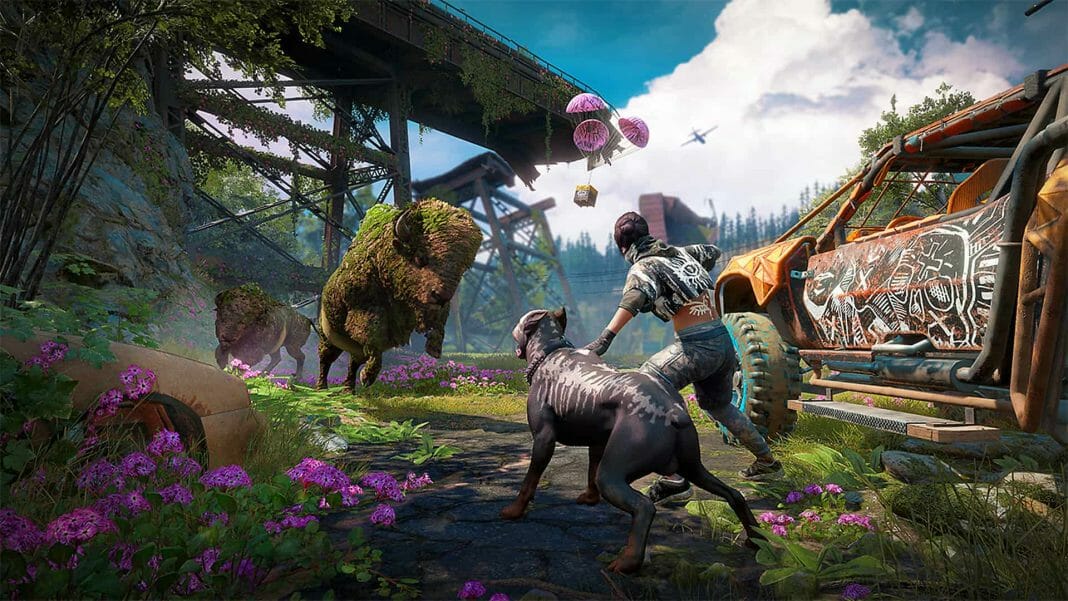 Far Cry New Dawn, on the other hand, builds straight off Far Cry 5’s healthy and engrossing narrative. Nukes dropped all over the world, leaving everything in pieces. Since then, the people of Hope County have begun rebuilding and recreating civilisation anew, only to be hindered by the appearance of the Highwaymen. A new enemy element led by two twins. An iconic duo who thrive on spray painting all of their armour in super vibrant colours and hiring insane graphic designers to add extra flair to their outfits.

The aloofness also extends to the open world, where players have to traverse crazy ruins of Far Cry 5 bases and save companions that are written and voiced by exceptional writers and actors. Players must also take on outposts manned by hundreds of highwaymen, some that even have captive bears and other wild critters.

It does not require an internet connection