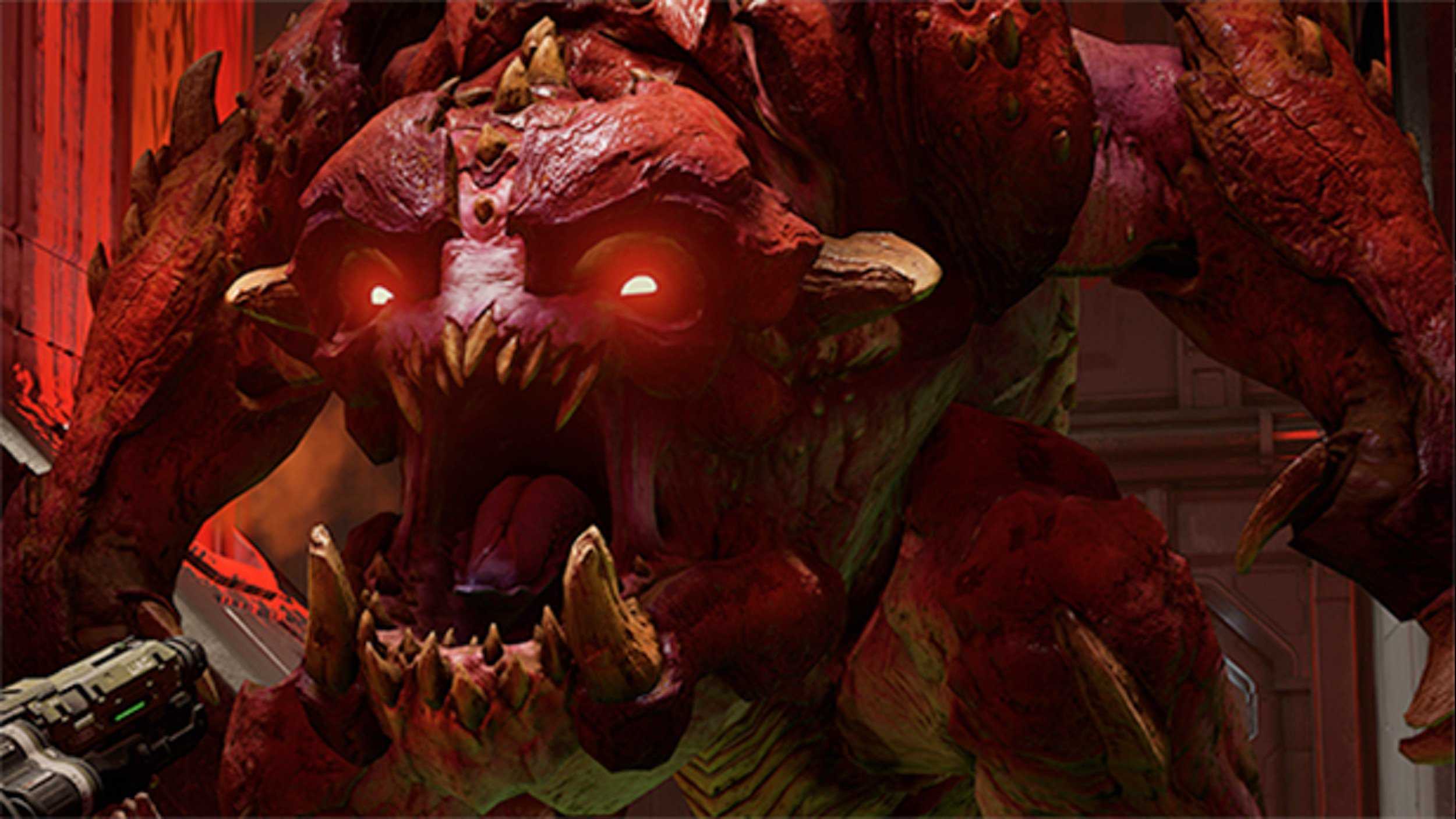 In terms of the three new maps, Empyrian drops you into a crumbling colosseum whereas Boneyard sets you off on a trip to the outer realm of Hell. Outbreak, on the other hand, puts you in a UAC Facility where “otherworldly science” has broken free of its containment.

Obviously, the most important thing added by Bloodfall is the ability to play as a brand new character. Spectre Pinky! As Spectre Pinky, you are fast, nimble and very very armoured. Moreover, you also have spectre abilities. This means that you can go invisible and stalk enemies like the creeper that you are; fire off a Bull Rush that crushes everything in your path; and be an all-out badass.

Bloodfall also adds a new weapon to the game. The grenade launcher allows you to bounce grenades! This way, you can bounce and ricochet grenades over obstacles and around the environment in order to create maximum carnage. Its secondary fire allows you to launch smoke grenades.